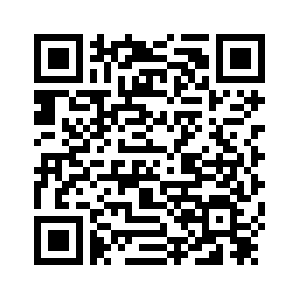 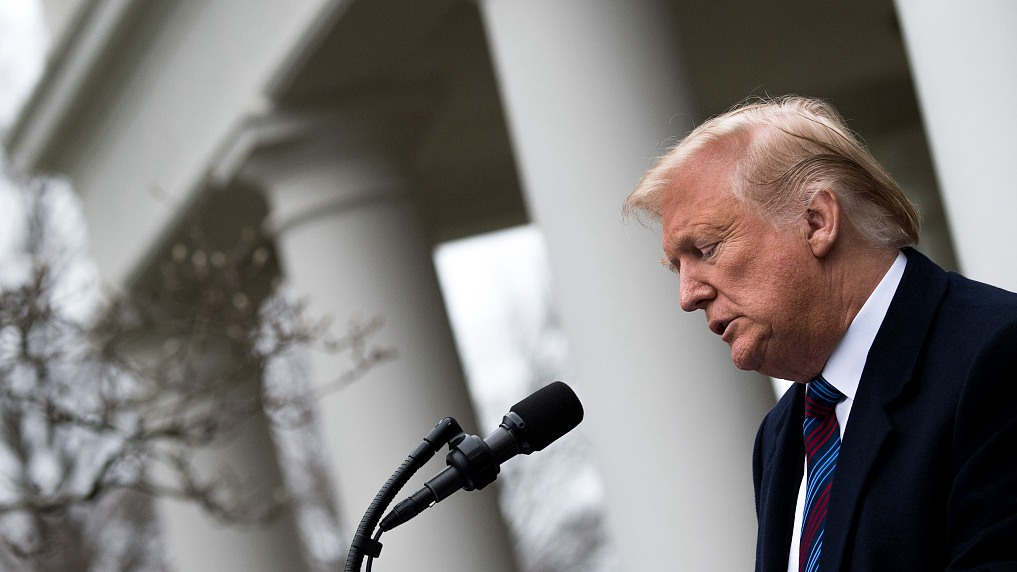 Editor's note: Sun Chenghao is an assistant research professor at the Institute of American Studies at the China Institutes of Contemporary International Relations. The article reflects the author's views, and not necessarily those of CGTN.
The worldwide approval rating of U.S. leadership remains basically unchanged from the all-time low set last year, a 31-percent median global approval rating in 2018, while China's rating soared up to its highest in nearly a decade at 34 percent, and Russia remained stable at 30 percent, according to a recent Gallup poll.
Since the report is based on a survey in more than 130 countries and regions evaluating U.S. leadership during President Donald Trump's second year in office, it is reasonable to conclude that Trump has already undermined his country's global image and leadership with the “America First” strategy.
With the labels of “anti-globalization,” “anti-establishment” or “populist,” Trump not only intends to push forward a domestic reform to “drain the swamp,” but also aims to reshape the U.S.' role in the world by rewriting the international rules under the framework of “America First.” 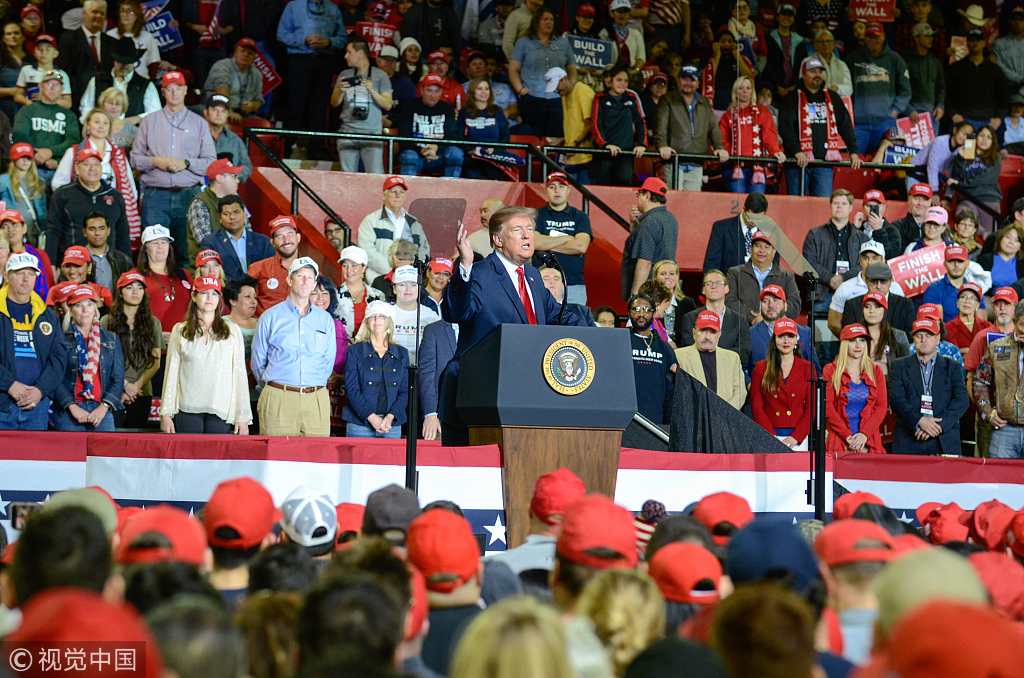 One of the most conspicuous changes in U.S. foreign policy is revealed by its attitudes toward global governance, international organizations and multilateral mechanisms. “Anything But Obama” has become another core tenet of Trumpism in which the president has overturned his predecessor's valued multilateralism and idealism.
On the landmark issues in global governance like global warming, Trump has vehemently undercut global efforts by announcing in 2017 that the U.S. would withdraw from the Paris Agreement since he believed that the agreement disadvantaged the U.S. to the exclusive benefit of other countries.
Although some states, cities and enterprises in the U.S. would be willing to stick to the accord, without the participation of the U.S., it will be much more arduous for the world to make breakthroughs.
The Trump administration is also abandoning certain international organizations or agreements. The U.S. has pulled out of the United Nations Educational, Scientific and Cultural Organization (UNESCO) and the United Nations Human Rights Council in the name of protecting the interest of the U.S. and its allies. It is difficult to ignore the fact that of all the United Nations bodies, UNESCO might be the hardest to dislike. 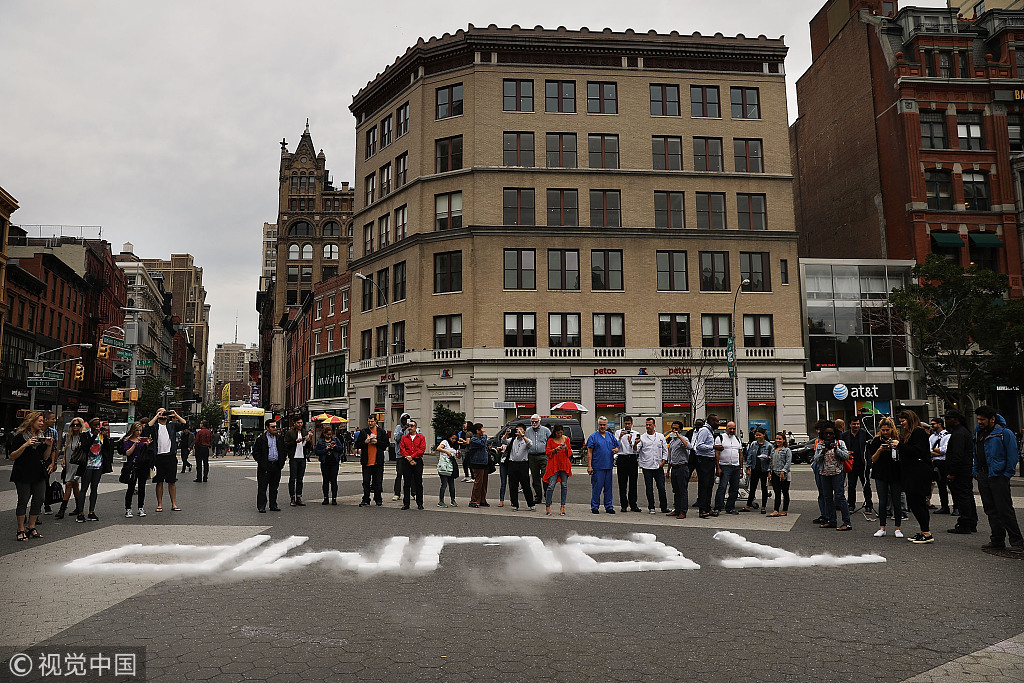 People stand around blocks of dry ice that are positioned to spell out TRUMP as part of an art installation in Union Square by Artist David Datuna in New York City, June 8, 2017. /VCG Photo

People stand around blocks of dry ice that are positioned to spell out TRUMP as part of an art installation in Union Square by Artist David Datuna in New York City, June 8, 2017. /VCG Photo

Moreover, the administration's decision to walk away from the Iran nuclear deal and to sanction countries doing business with Iran have irritated all the other signatories including the EU, which are determined to defy U.S. sanctions with a new payment system and to keep the historic nuclear agreement alive.
What makes the world more chaotic is the administration's aggressive trade policy to dismantle the established economic order and then build a new one closely in line with U.S. interests.
That's the reason why Trump signed an order withdrawing from the Trans-Pacific Partnership trade deal, pressured Canada and Mexico to renegotiate the North American Free Trade Agreement and turned it into a new U.S.-Mexico-Canada Agreement.
The tactics will bring U.S. tangible benefits in short term, but in the long run might lead to more disarray in regional economic governance and rekindle the fire of global protectionism, increase the risks of trade conflicts, and thus add more uncertainties to the global economy.
The Gallup poll once again proves that most people no longer anticipate the U.S. in the Trump era will change its course on global issues and feel frustrated because the U.S. could not live up to their original expectations.
The adjustment or the “America First” in essence is not designed for winning friends in the world, but a passive way to preserve its strength or to seek a remedy for its relative decline. But the expedient at the expense of its strategic credit will do no good to the U.S. and the world at large.
(If you want to contribute and have specific expertise, please contact us at opinions@cgtn.com.)