Reporter's Diary: A taste of Africa at the CIIE
By Ramah Nyang 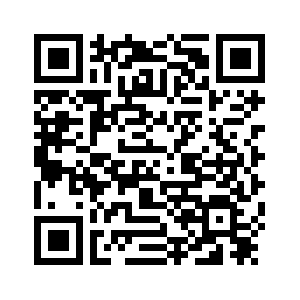 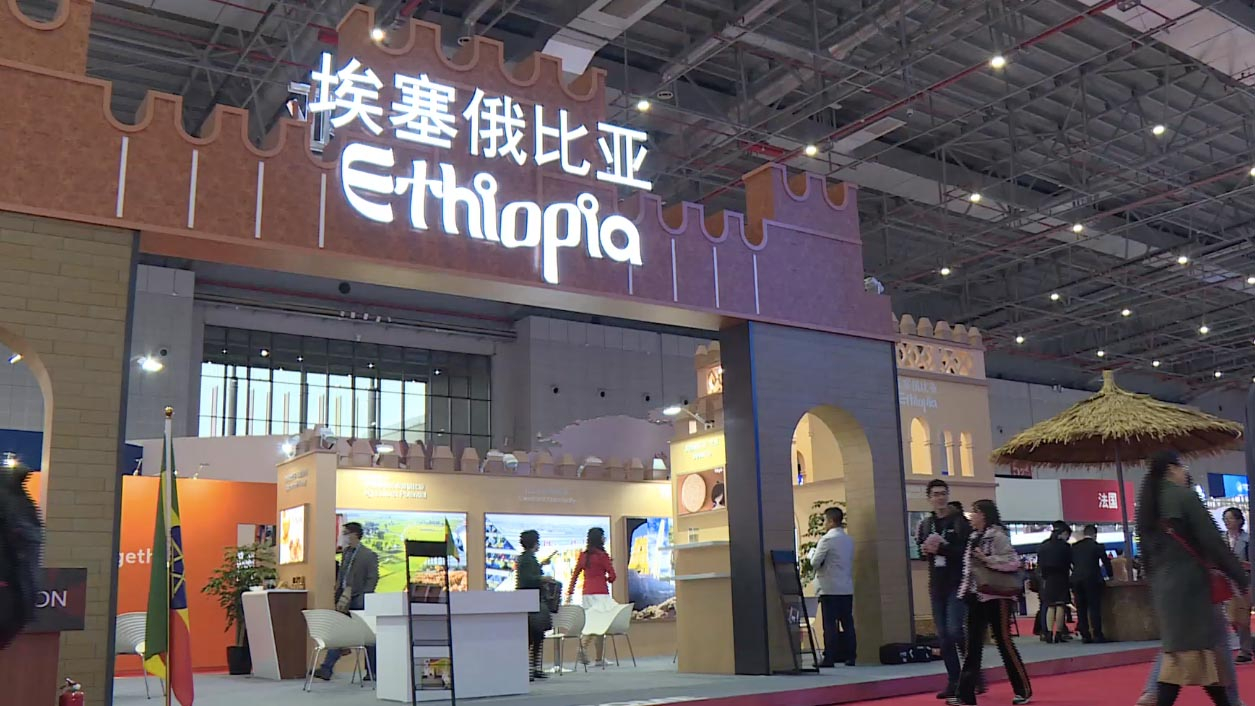 Several African countries are taking part in the China International Import Expo (CIIE), with over 190 large and small enterprises in attendance. It would be a mistake, however, to think that their presence was just to sell tangible goods, and little else.
No less than eight African countries took part in the expo, with a vast array of products, services, and investment opportunities to offer. Getting to them all takes time and energy, and comfortable shoes to walk in. The Shanghai International Convention Center is anything but small, so lots of walking is needed.
Ethiopia's stand had lots of traffic from expo attendees, and they were drawn here, in part, by the coffee.
The country that's home to this beverage is the ideal first stop. Traditionally brewed Ethiopian Yirgacheffe coffee (mostly grown in the south of the country), is potent, but it's so much more than just a cup of coffee. Thousands years of history and centuries of civilization from one of the best coffee producers are distilled into a cup so small, and it might as well be a shot glass. 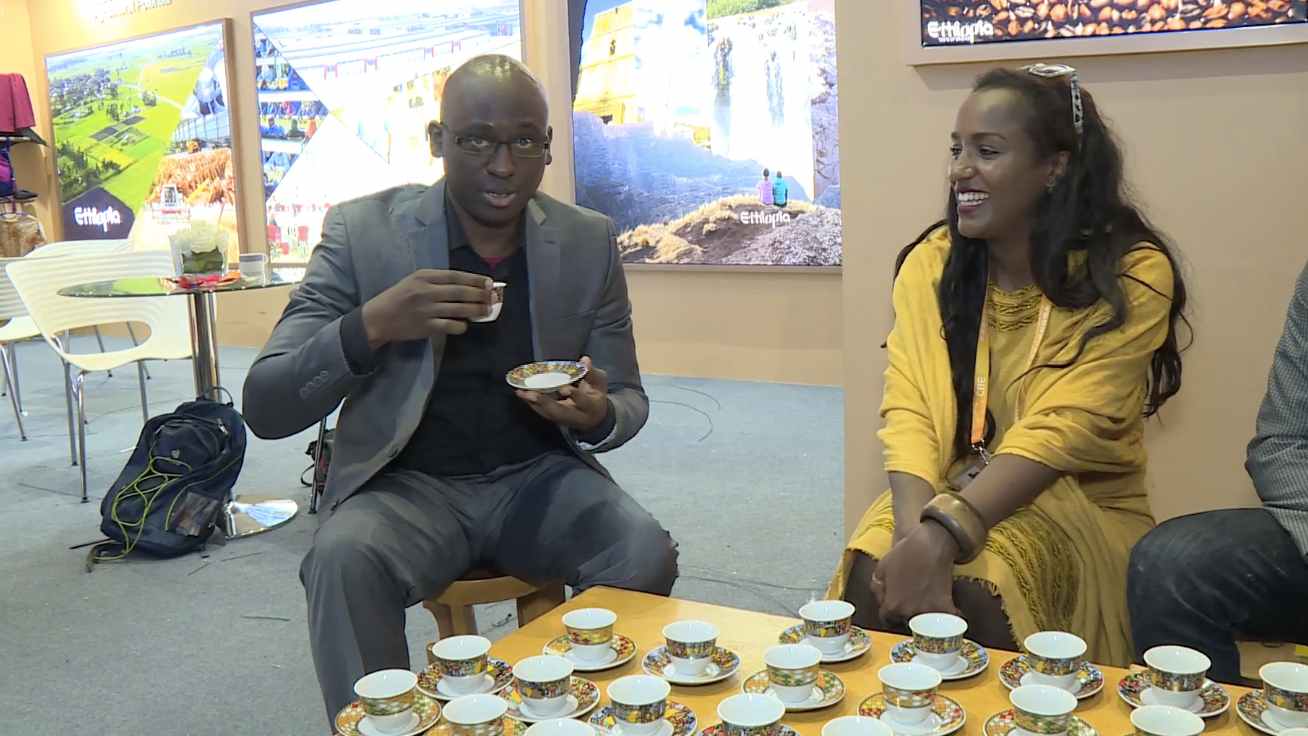 Cup one, of many, at Ethiopia's stand in the Country Pavilion. /CGTN Photo

Cup one, of many, at Ethiopia's stand in the Country Pavilion. /CGTN Photo

The traditional clay pot in which the coffee is served holds three servings, the first of which is always the most potent. It will be interesting to see if the traditional brew takes root in China, or if a less potent version of it will be preferred.
You're certainly going to need all of that coffee from Ethiopia when you come shopping at the Moroccan stand.
It's not quite like walking through the bright, loud, open-air markets in Marrakesh, or Casablanca, but the products on offer are very interesting. Morocco's pitch was just as much about business (especially vehicle manufacturing), but its famous argan oil got just as much attention. There is absolutely no reason why you should ever leave Morocco without some. 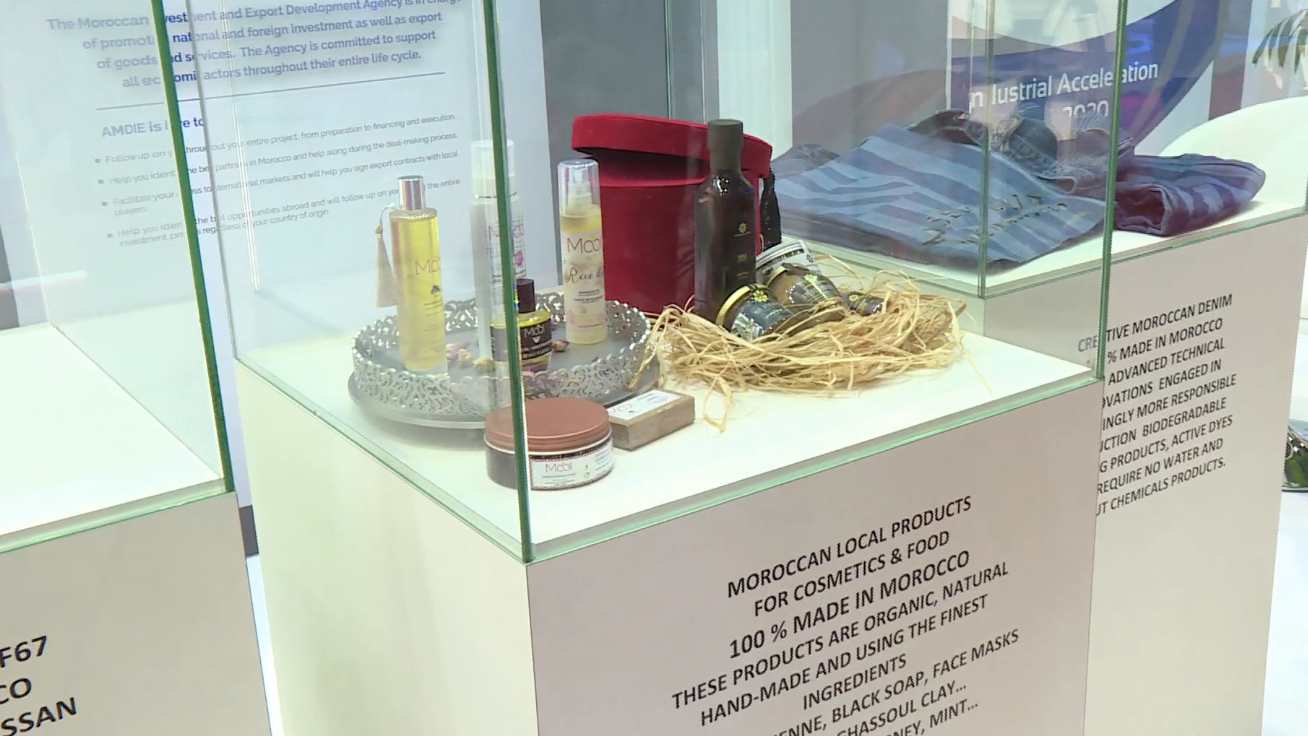 Cosmetics was the common thread between the Kingdom of Morocco, and the Republic of Ghana. One is home to argan oil. The other, is home to shea and cocoa butter – all key ingredients for a cosmetics industry worth over 500 billion US dollars a year. 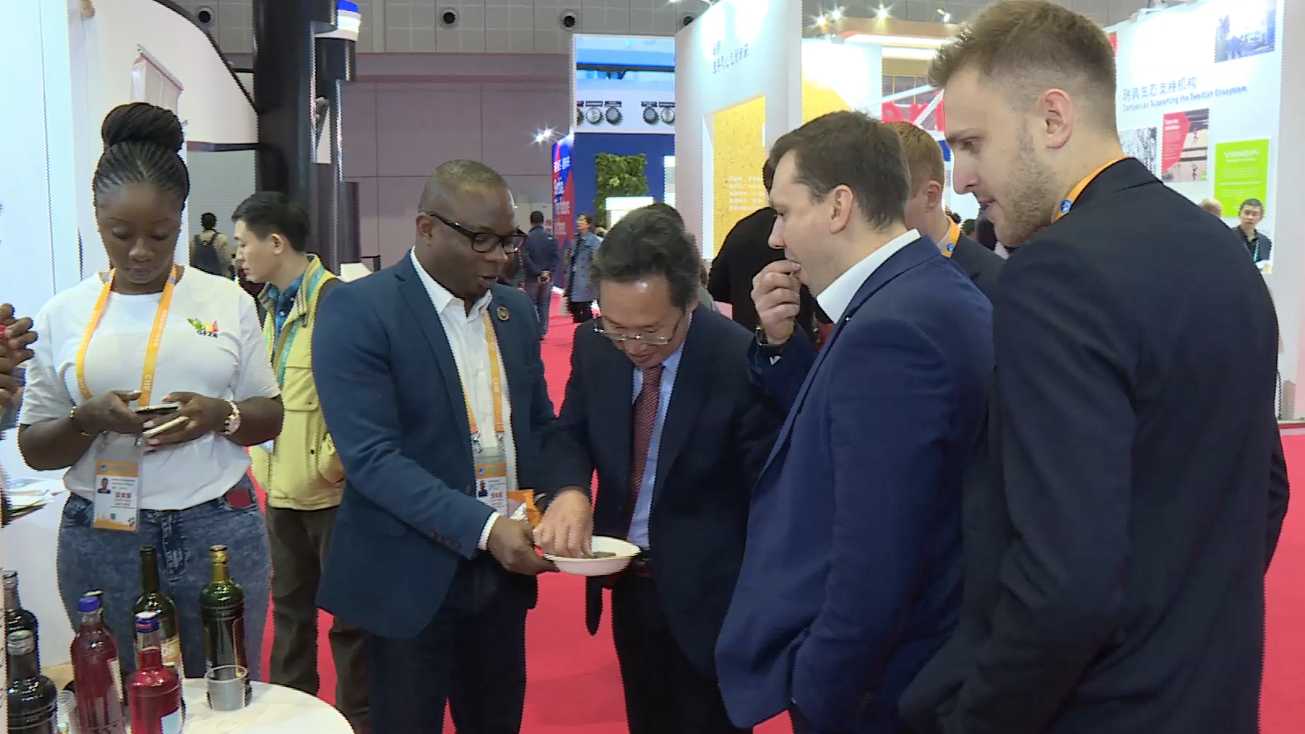 The little secret of the chocolate industry is that they don't tell you that 60 percent of the raw material for the chocolate we consume – cocoa beans – come from just two countries. Cote d'Ivoire is the top producer of the beans, with Ghana a close second. Ghana's chocolate proved to be very popular at the expo, and so did other products, including cocoa butter, and cocoa liquor too.
Yes, you read that right. The cocoa tree's not just a one-trick pony. 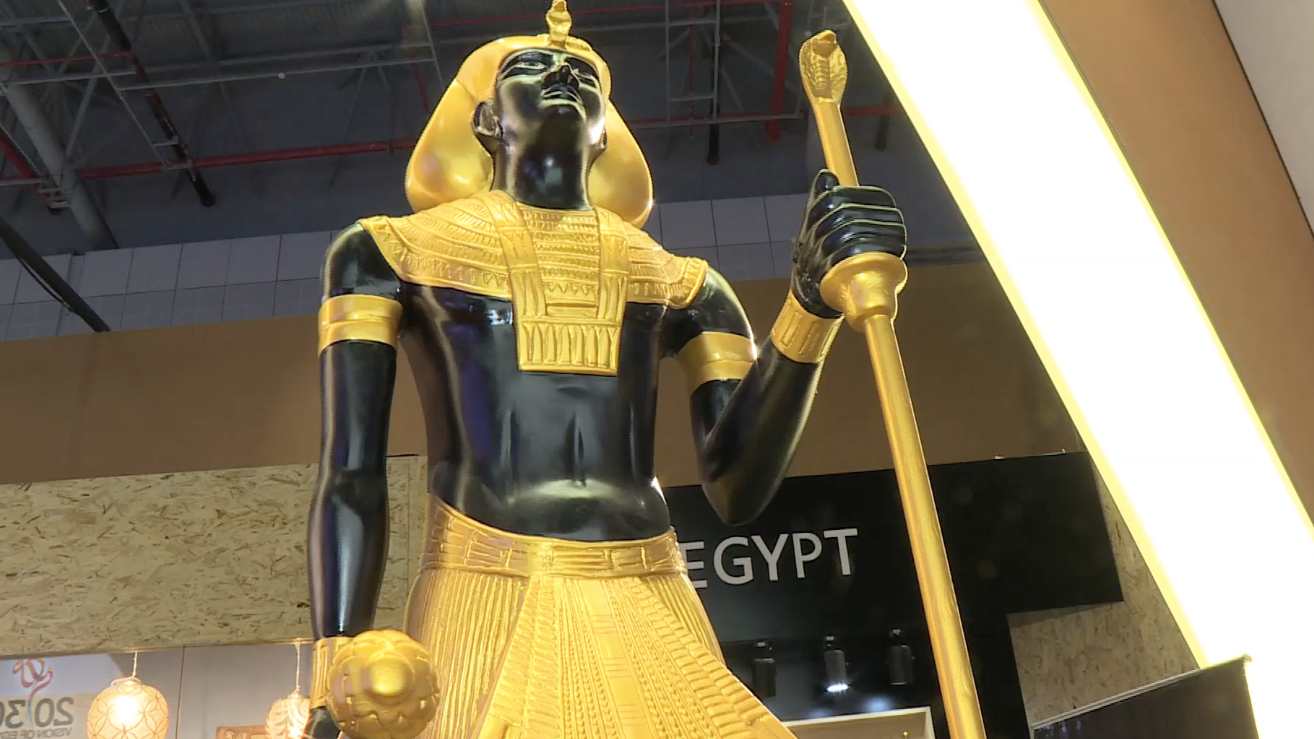 Statue of King Tutankhamun at Egypt Pavilion. His nine-year reign as Pharaoh started in 1332 BC. /CGTN Photo

Statue of King Tutankhamun at Egypt Pavilion. His nine-year reign as Pharaoh started in 1332 BC. /CGTN Photo

Today, Egypt's one of the top five economies in Africa, with a relatively large manufacturing sector. Its stand at the CIIE, however, was just as much a reminder of the enormous cultural assets it has at its disposal. A statue representative of one of its ancient pharaohs, Tutankhamun, loomed over one entrance. A statue of the deity Anubis watched over the other. 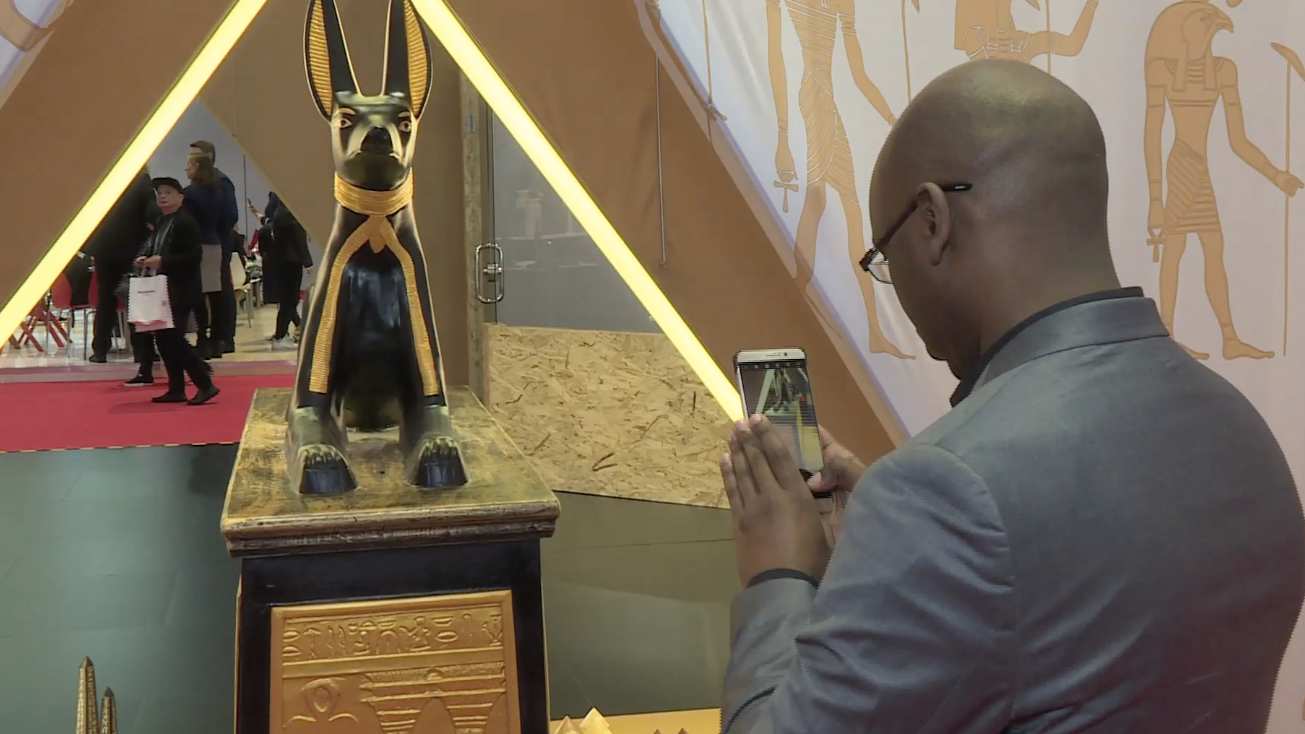 This is a very short tour of some of the things that the African countries offer at the CIIE.
Tourism and history from Egypt, shea butter and chocolate from Ghana, coffee from the home of that particular plant and so much more all made their debut at CIIE. The CIIE, as it turns out, was just as much about immersing yourself in the experiences and culture of these countries, as well as their goods, services, and investment opportunities.