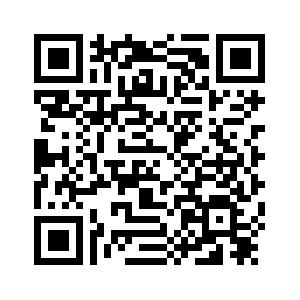 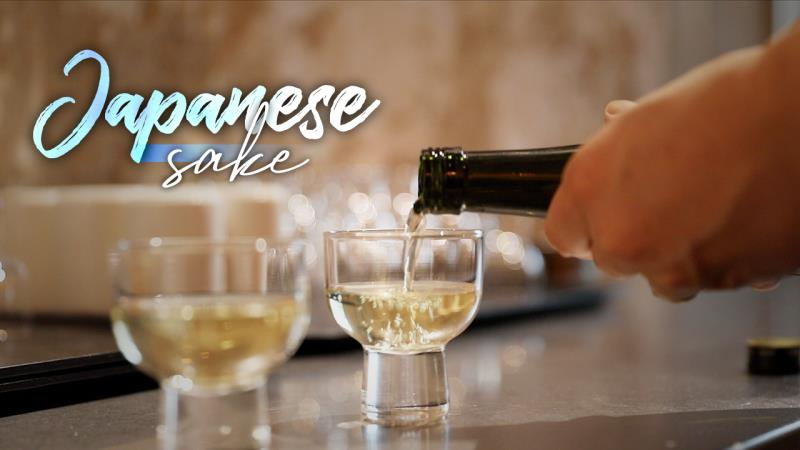 No trip to Japan could be complete without tasting a glass of Japanese sake. Sake, commonly served during formal ceremonies or national holidays, is Japan's national alcohol.

Hidden in the bustling Sanlitun Area in Beijing, "This is C5sake bar" is the place where authentic Japanese sake awaits its true lovers. So, would you like to explore the quintessence of Japanese sake? Yes! Then join us on a sake tour and soak up the culture and true spirits of Japanese craftsmanship. 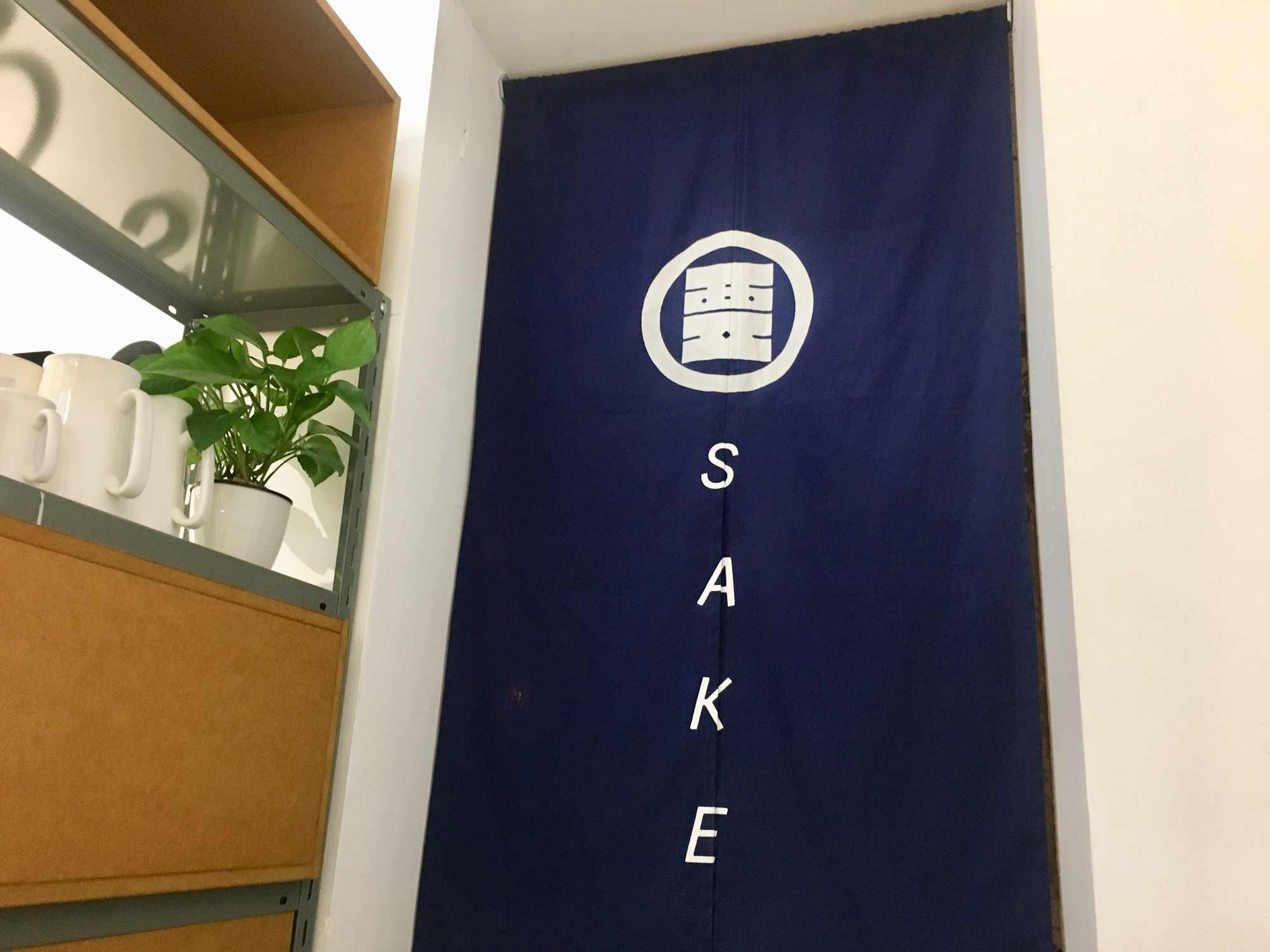 The entrance of the "This is C5sake bar" in Beijing. /CGTN Photo

The entrance of the "This is C5sake bar" in Beijing. /CGTN Photo

According to the Japanese tax law, sake's alcohol volume should not exceed 22 percent and it's usually between 12 and 18 percent. Sake choices range from clear to cloudy, hot to cold, low-priced to very expensive, and people can easily get confused. 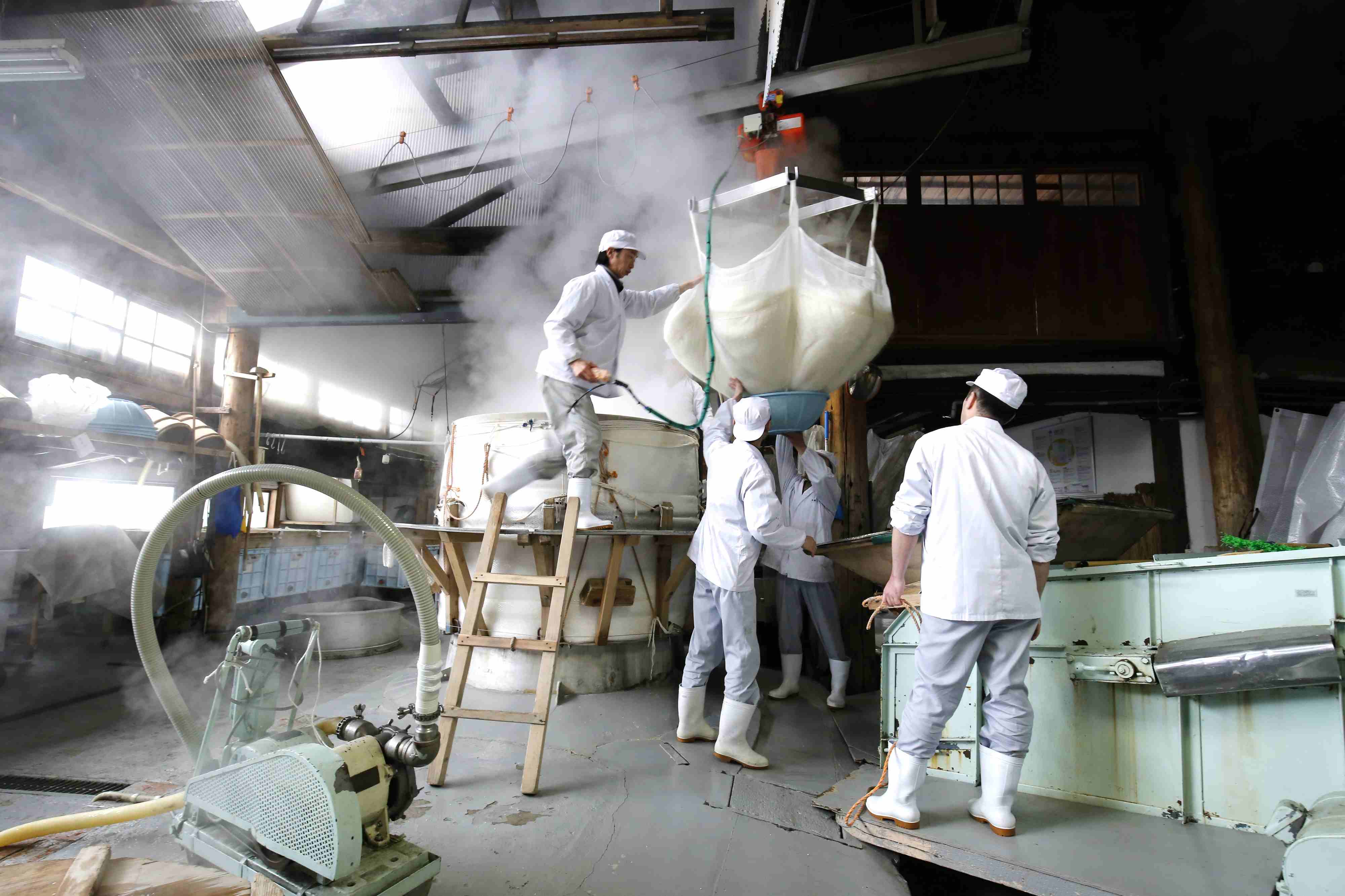 The first important step of making sake is polishing the rice. Before starting the actual sake-making process, the rice kernel has to be "polished" or milled to remove the outer layer of each grain, exposing its starchy core. 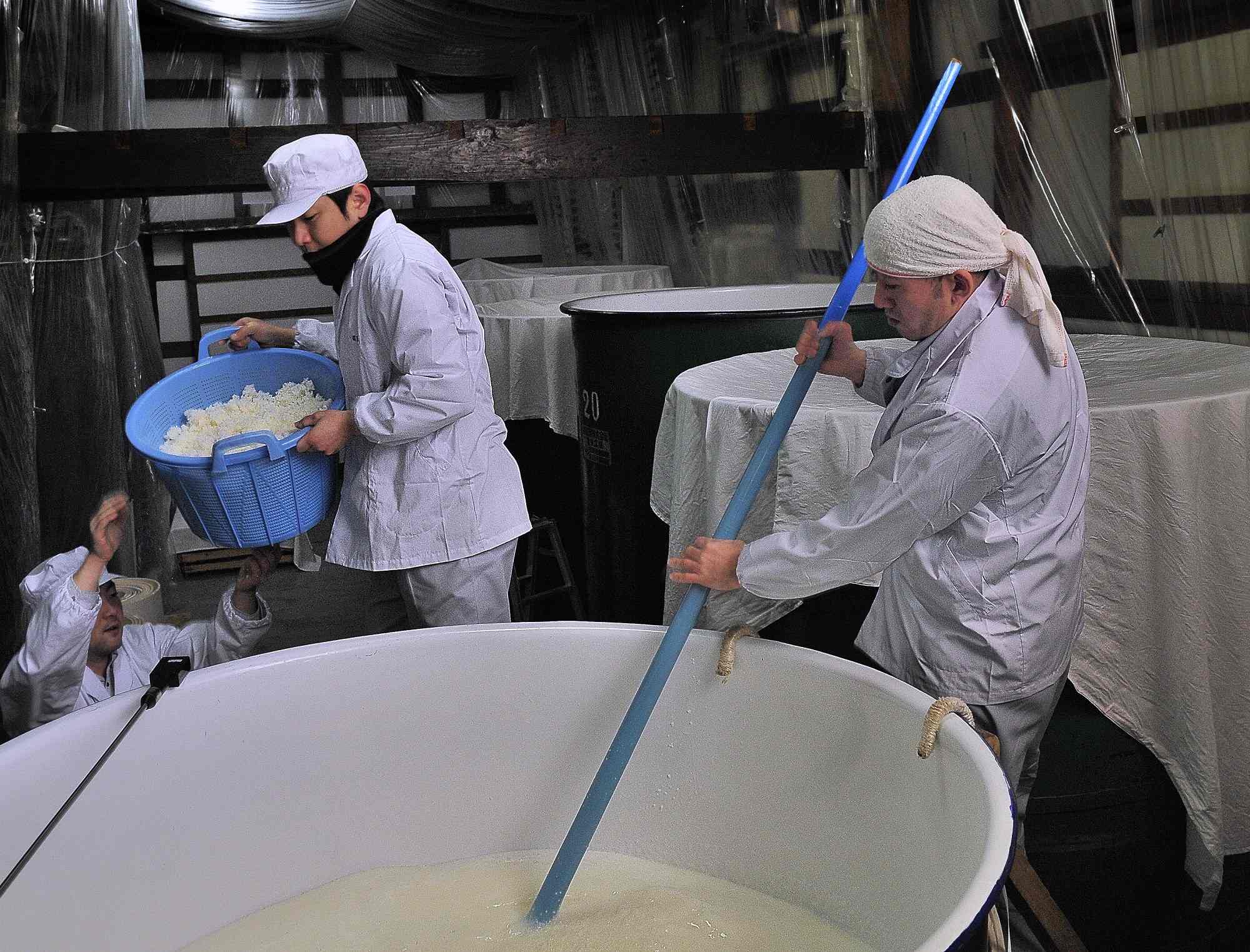 As sake is more perishable than other alcohols, it's required to be stored below five degrees Celsius. Sake tends to be served at varying temperatures depending on the season, with warm or room temperature sake popular in the winter and cooler sake more common in summer. But brew masters always know the suitable temperature to offer the best sake.

Different varieties of sake on display in the bar. /CGTN Photo

Different varieties of sake on display in the bar. /CGTN Photo

Jizake - "di jiu" in Chinese - means "Japan's local sake." The greatest charm of Jizake is that it's brewed with local characteristics and it goes extremely well with each region's local cuisine. For example, all kinds of sake available at the "This is C5sake bar" are made in Japan's Akita Prefecture.

"Using local rice and water to brew sake is the biggest difference when comparing to the commonly-sold Japanese sake in the market," Wang told CGTN, adding that there are a lot of interesting stories behind some regional lesser-known breweries, and they want to bring those stories as well as Japan's regional culture to China and the world. 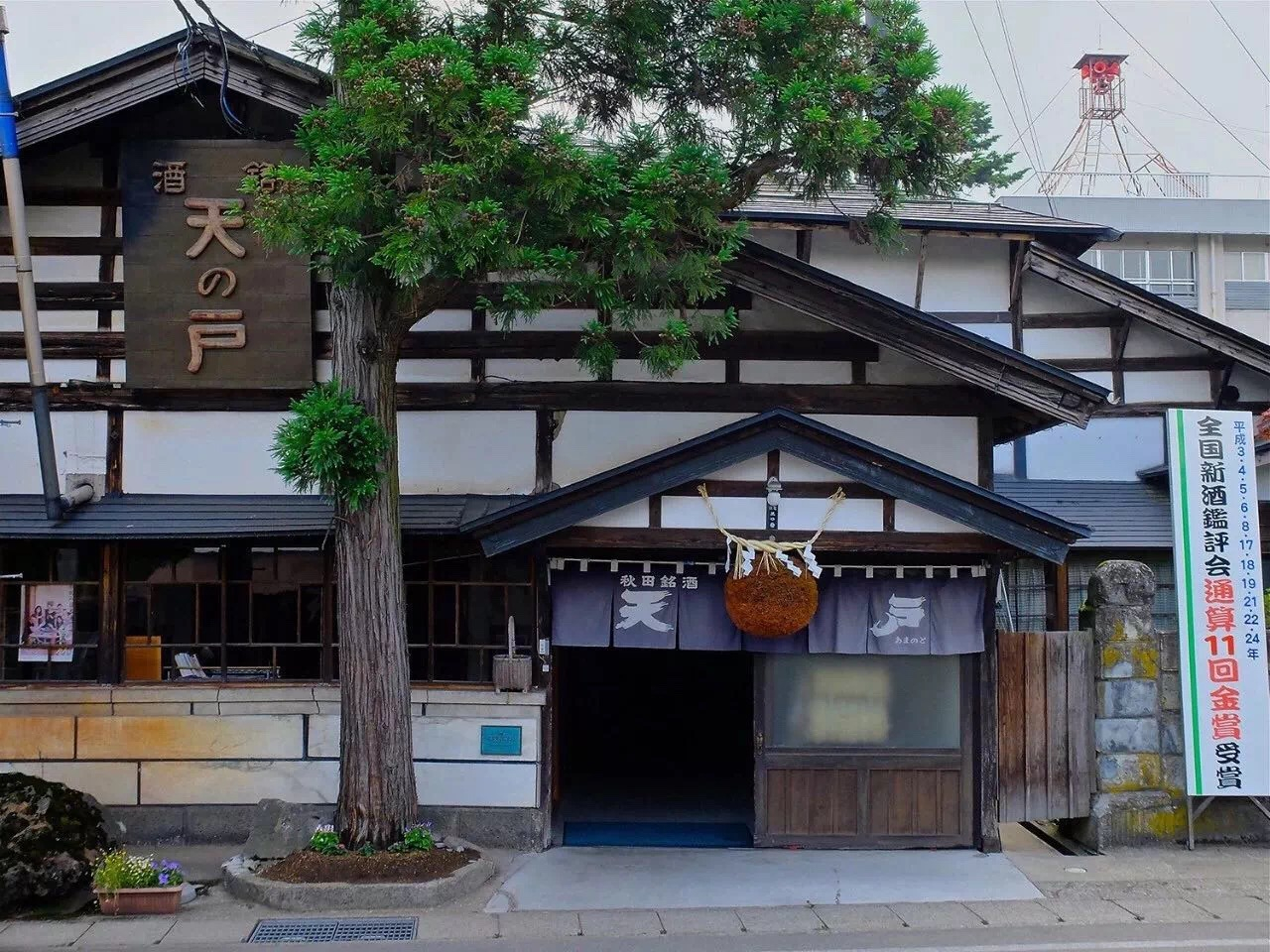 One of the breweries in Japan's Akita Prefecture. /CGTN Photo

One of the breweries in Japan's Akita Prefecture. /CGTN Photo

There are over 30 different varieties of Japanese sake on their bar menu to suit every taste. When savoring sake in the bar, you could also receive a detailed explanation on the characteristics of its aroma and flavors from specialized staff. Every month, the bar organizes at least one sake-tasting class to help people learn more about the unique culture of Japanese sake.

Today, the growing popularity of sushi and other Japanese delicacies have also helped the popularization of sake culture in the rest of the world. The mild flavor of Japanese sake also goes well with French, Italian and Chinese cuisines, and it is gaining the reputation of a new alcoholic beverage that is different from wine and beer. 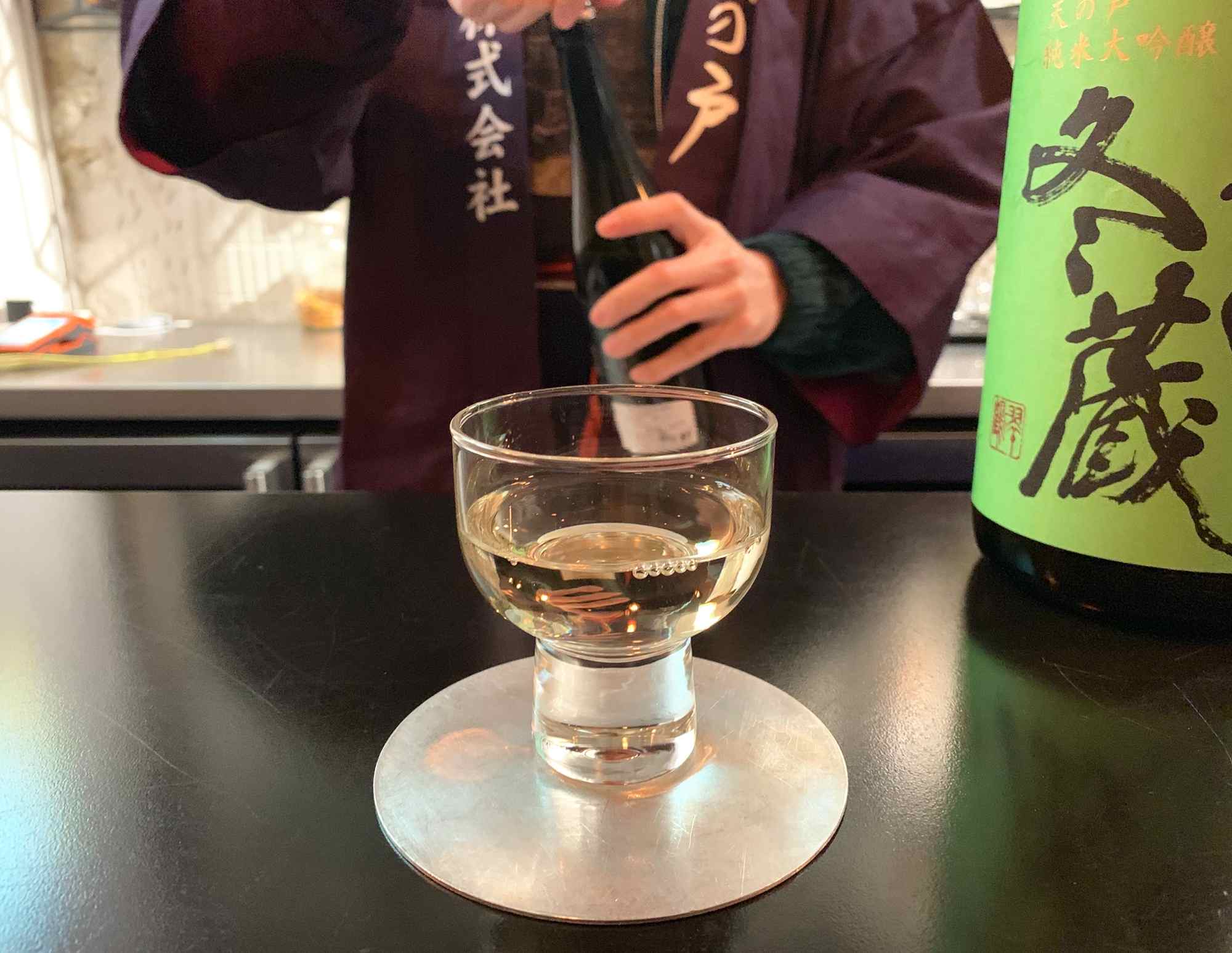 A brew master pours sake at "This is C5sake bar" in Beijing. /CGTN Photo

A brew master pours sake at "This is C5sake bar" in Beijing. /CGTN Photo

"We hope that sake, as a kind of daily drink, just like wine, could be drunk almost everywhere. It's not that we only drink it when having Japanese food but we could also drink it when we eat Western food or Chinese food," said Wang.

However, adjustments in various aspects of Japanese sake matter the most if it wants to maintain its popularity in the future market. As Wang suggested, "Good sake is one that you want to drink in your daily life and it's also a principle that we insist on." At present, they are trying to open a second branch in Beijing to familiarize the public with Japanese sake. 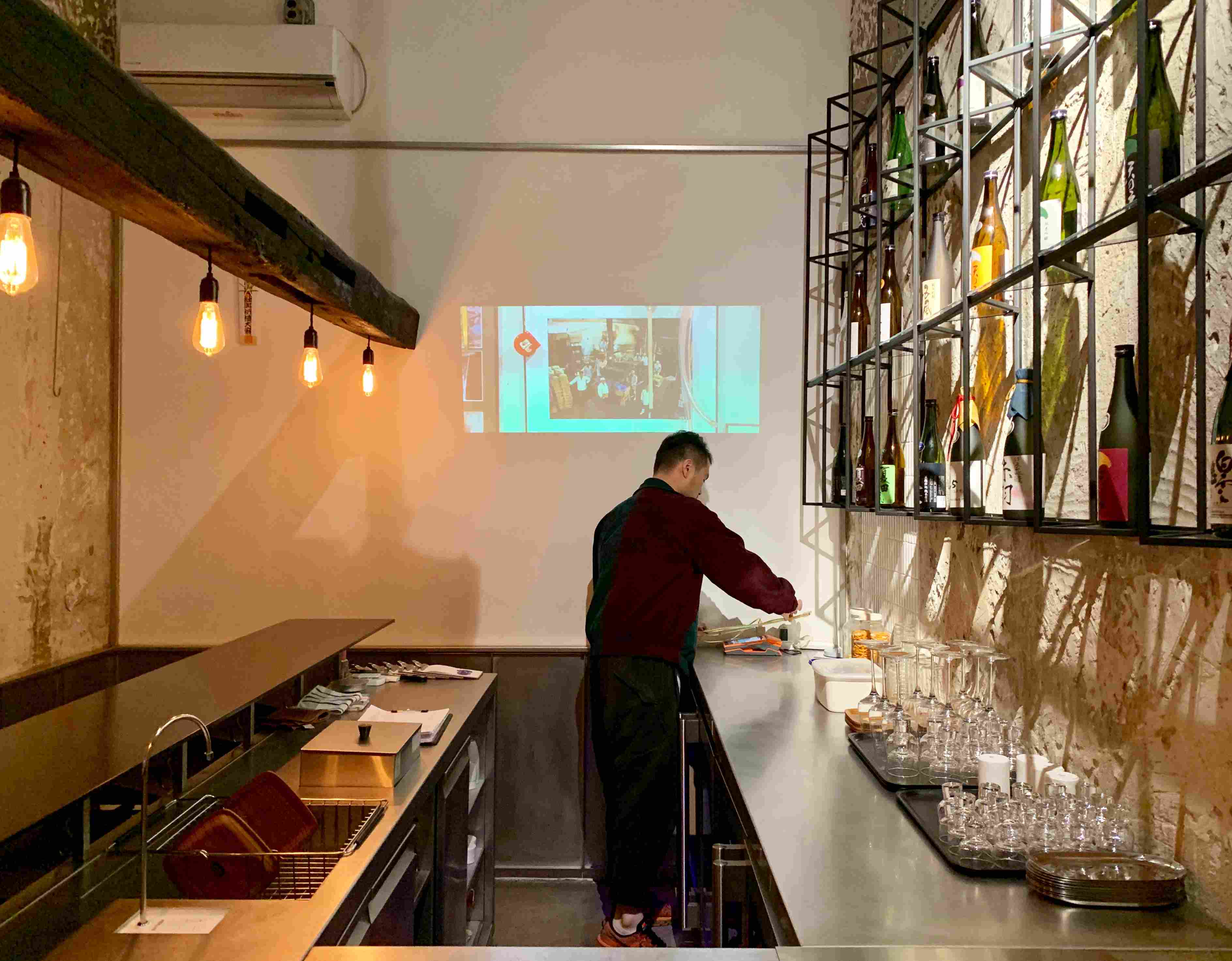 "This is C5sake bar" in Beijing. /CGTN Photo

"This is C5sake bar" in Beijing. /CGTN Photo

For first-timers: We recommend you to order "a set of sake" from the menu to try different flavors and choose the one you like the most.

Tips: Visitors are recommended to make a reservation in advance as there are only eight seats in the bar.

Transportation: Visitors can take subway line 10 to Agricultural Exhibition Center Station, head out from Exit D2 and walk to the bar.

Video text by: She Jingwei