A look back at iconic Chinese wuxia films
Cheng Meihao 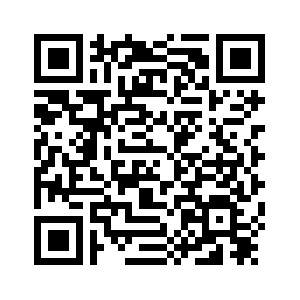 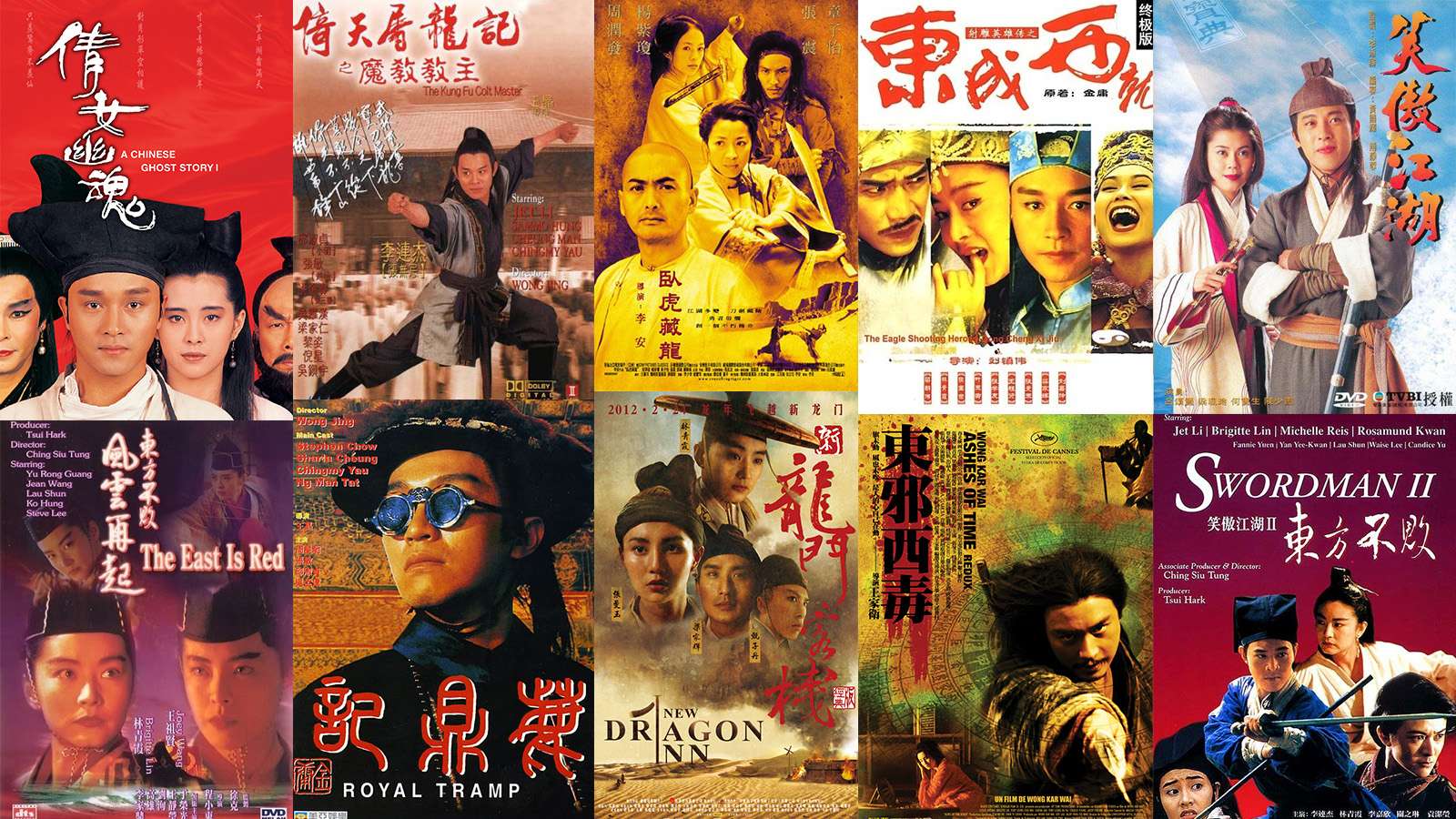 The 9th Beijing International Film Festival is just around the corner. This year's event has a core sub-section called “Legend of Jin Yong”, in honor of prestigious Chinese martial arts novelist Louis Cha Leung-yung, better known by his pen name Jin Yong, who passed away last year. It will feature six iconic Wuxia films based on his novels, which will be shown at the Beijing Film Panorama.

What are wuxia films?

As one of the oldest, and most influential Chinese film genres, wuxia films are mostly based on novels written by famous martial arts authors such as Jin Yong and Gu Long. The earliest films on such a theme could be traced back to 1920s. 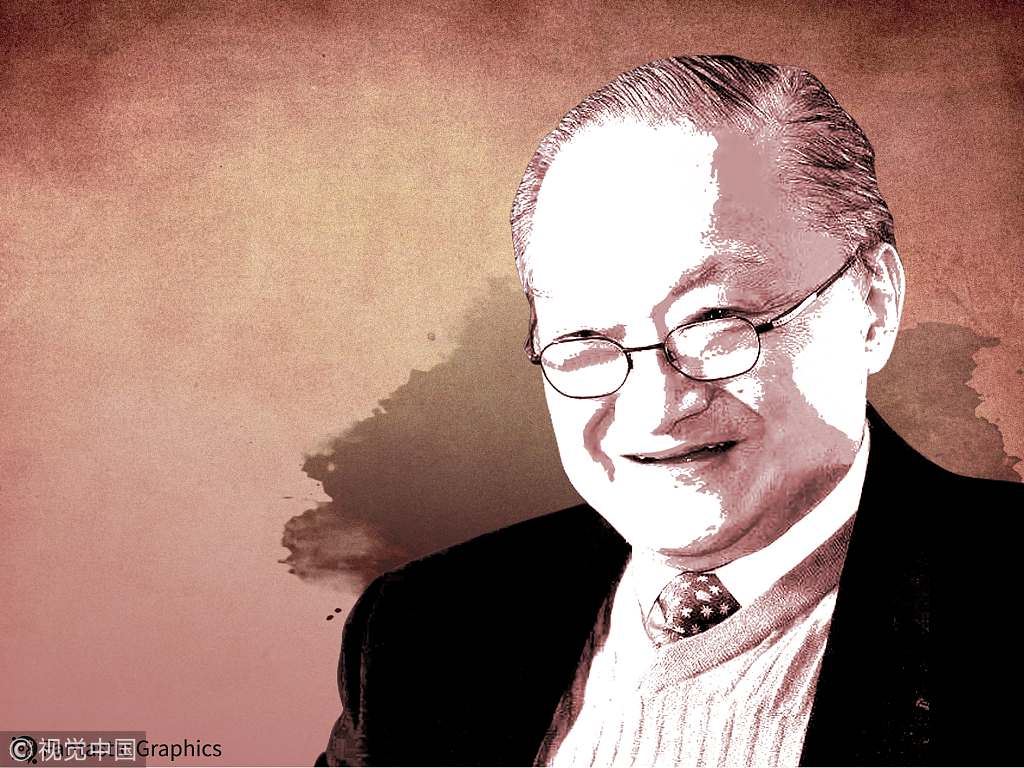 “Wuxia” which literally means “martial hero” or “martial chivalry” in Chinese, tell stories of those who wander around the realm and combat evil.
Most of the heroes in wuxia fiction and films do not serve a lord, wield military power or belong to the aristocratic class. They often originate from the lower social classes of ancient Chinese society, and stick to a code of chivalry, which requires them to fight what's right, remove oppressors, and bring retribution to past misdeeds.
In many ways, this makes them comparable to the cowboys of the western genre or the samurai and ronin of Japan's chanbara movies. 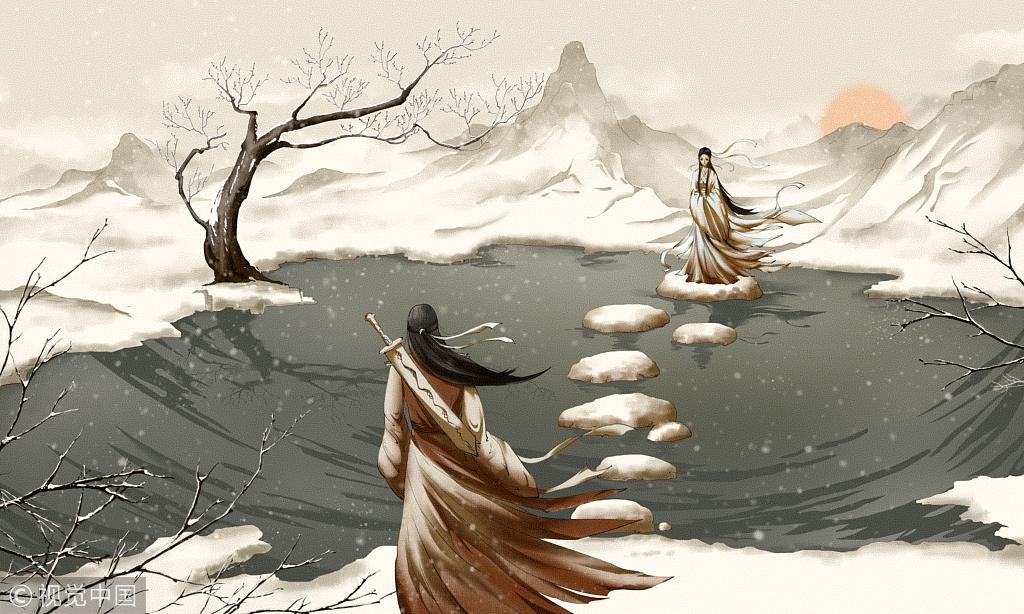 Wuxia films are the childhood memories of generations of Chinese people. Whether you grew up in a big city or a small town, it's likely that every Chinese person has seen at least one of these films. If you ask any Chinese what their favorite wuxia film is, you'll most likely to hear a selection rather than just one.
Not only that, these films often enjoy a following internationally. Films from the genre often rank alongside the heroic bloodshed movies of the late 80s as the most popular types of Chinese cinema on the world stage.
So, what are the most iconic Chinese wuxia films? Check out this list and see if any of your favorites are here. 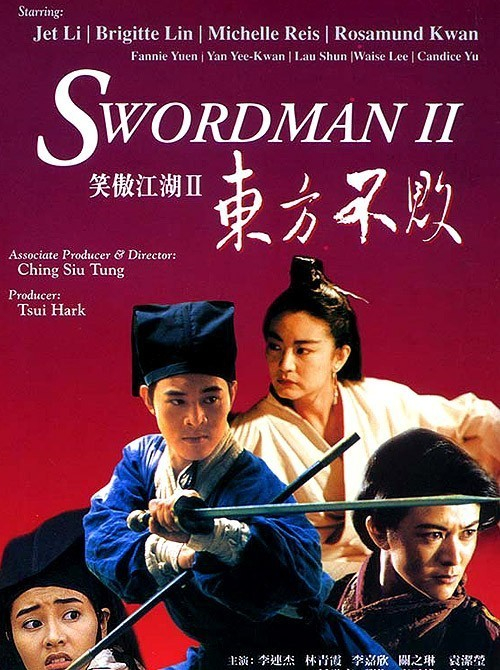 "Swordsman II" is a 1992 Hong Kong film based on the famous novel “The Smiling, Proud Wanderer” by Jin Yong. It's a follow up to the original "Swordsman" which was co-directed by legendary martial arts filmmaker  King Hu and Tsui Hark, and is hailed as one of the best marital arts films in history.
Though it has an all-star cast, the actress who plays the central character Dongfang Bubai - which literally means “Invincible East” - stands out with a great dramatic performance which is significantly different to perhaps her most famous role as Selina in Jackie Chan's "Police Story" movies.
2. Ashes of Time 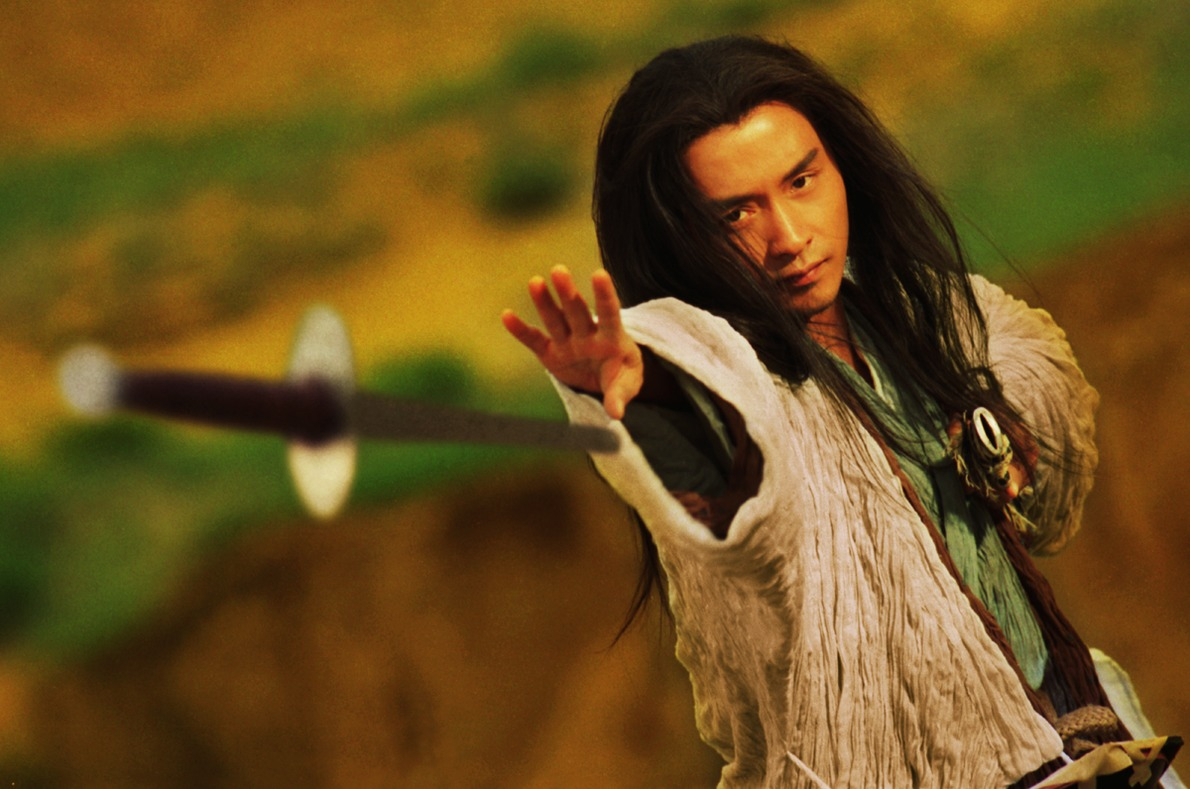 Directed by renowned Hong Kong director Wong Kar-Wai, the film, which is based on Jin Yong's novel “The Eagle-shooting Heroes” - not to be confused with a comedy film of that name which was produced by Wong during the shooting of his adaptation - is unique in its focus on the character's emotions, confusion and the sense of alienation. The film is regarded as singular thanks to Wong's visually unique, highly stylized, and emotionally resonant style.
3. Crouching Tiger, Hidden Dragon 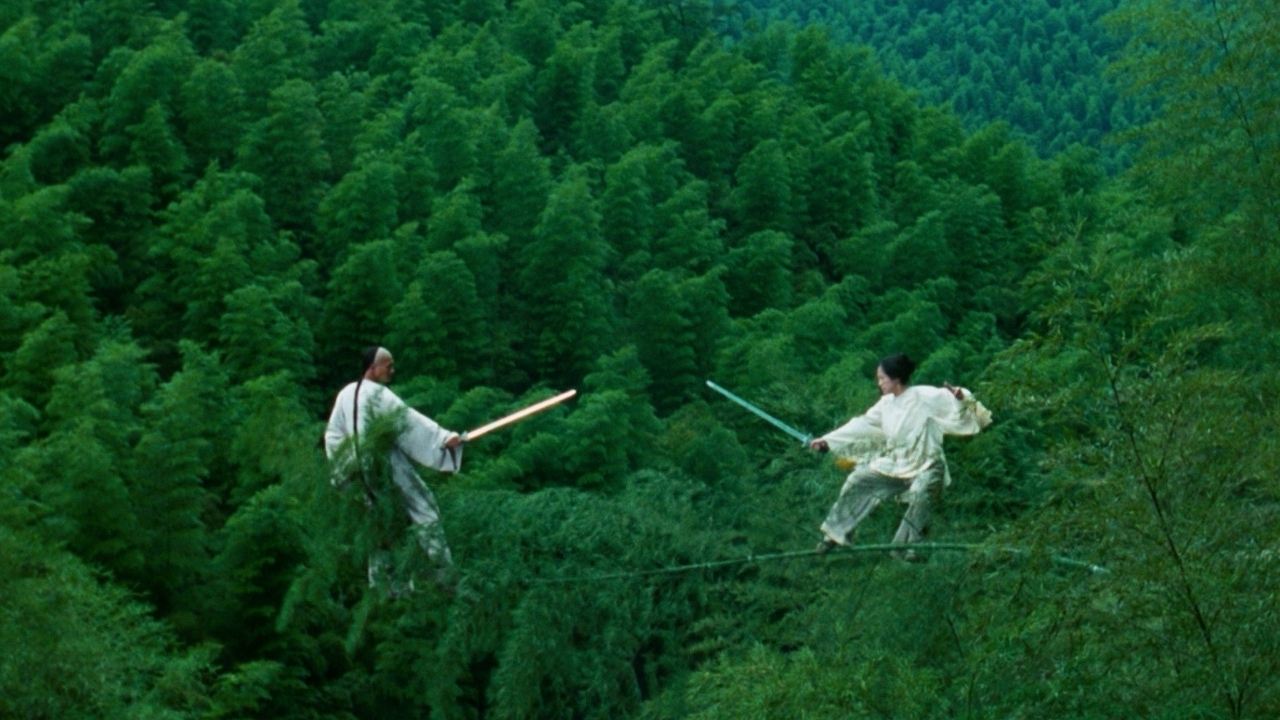 This film has gained wide popularity in the English-speaking world after it bagged four Oscars including the Best Foreign Language Film at the 73rd Academy Awards in 2001. Directed by Chinese director Ang Lee, the film was based on the Chinese novel written by Wang Dulu.
The film tells a story of a hero who seeks to retire from the martial world so gives his legendary sword to a friend for safekeeping, but it is stolen by someone who wants to dominate the martial world. And the search for it leads to a series adventures that uncover long forgotten feelings.
It is also the first Chinese film to win an Oscar.

Many people mix up wuxia films and kung fu films, as they both feature Chinese martial arts, however they are actually very different.
The easiest way to distinguish wuxia films from kung fu films is to look at their fighting abilities. Heroes in wuxia films tend to use swords or other weapons in fighting the enemies - Lau Kar-leung's 1982 film "Legendary Weapons of China" is dedicated entirely to this practice - and they often have supernatural powers. However, characters in kung fu movies usually fight with their bare hands and possess no supernatural powers. 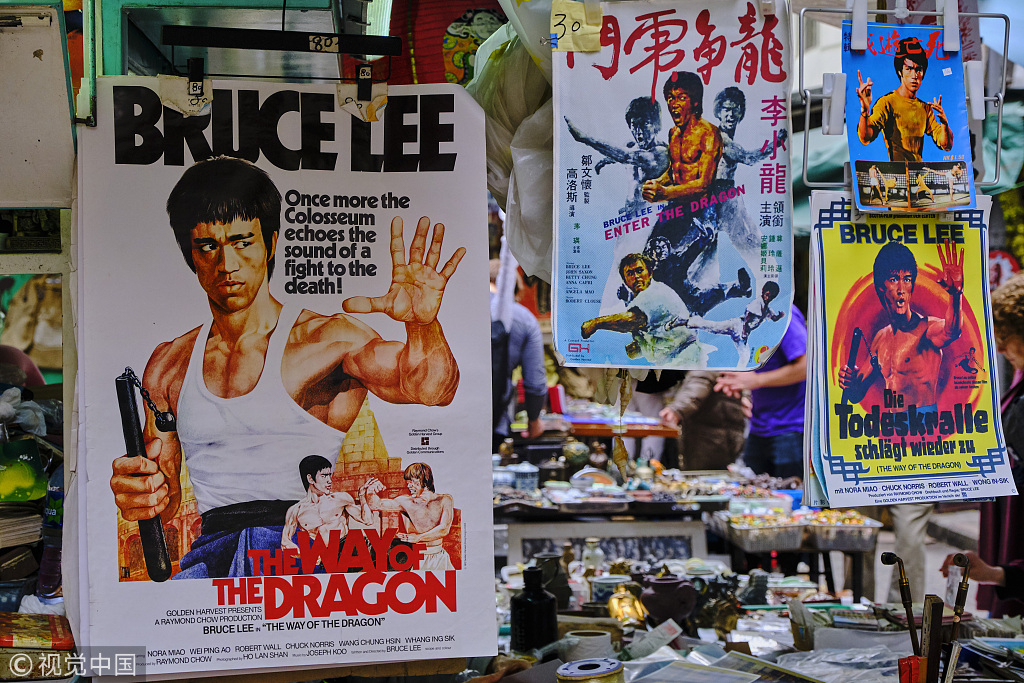 Traditional Chinese culture and the spirit behind wuxia films

As one of the oldest genres of Chinese films, wuxia films are as synonymous with Chinese people as American superhero movies are with American people. Via both the dramatic plot and the use of martial arts, they unveil many of the core values of traditional Chinese culture.
The positive moral values in wuxia films have been called the “xia” spirit and, more than any other element, are considered the core of the genre.
“Xia” spirit is greatly influenced by Chinese Confucianism, Taoism and Buddhism. For example, martial arts heroes stick to benevolence, fight for the righteousness and eliminate oppression, which are concepts that originate in Confucianism.
Also, as a reflection of Daoism, martial arts heroes value loyalty over wealth and power, and when they achieve what they want, they intend to retire from the world and live a peaceful life in the woods.
Traces of Buddhism can also be seen in this genre, as the heroes always bear a kind heart and don't hurt innocent people. They also always stand up for the weak and the poor whenever they see any injustice, and never ask for anything in return. 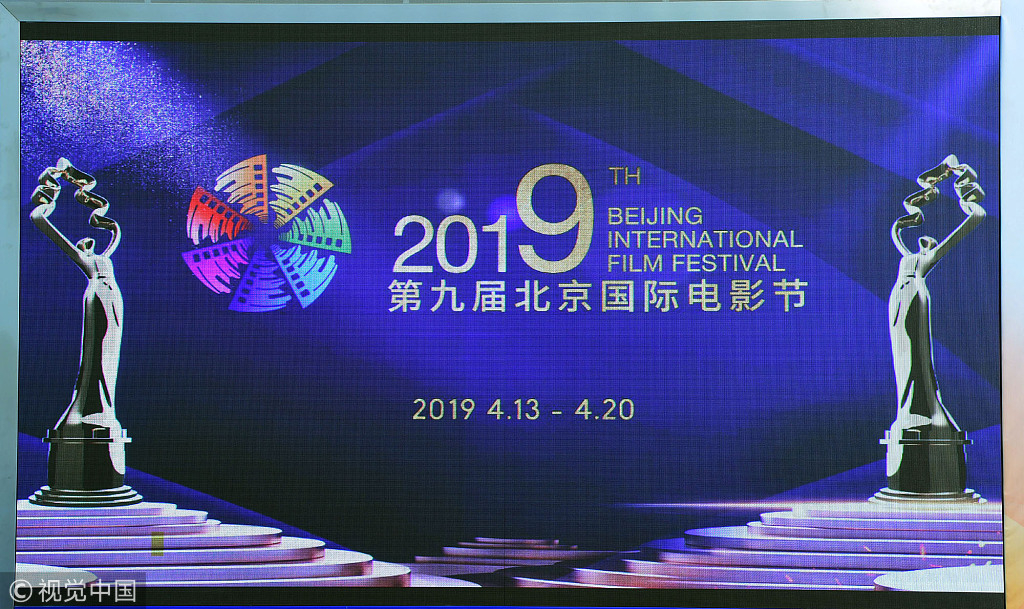 The Ninth Beijing International Film Festival is scheduled to be held from April 13 to 20. /VCG Photo

The Ninth Beijing International Film Festival is scheduled to be held from April 13 to 20. /VCG Photo

The 9th Beijing International Film Festival will be held from April 13 to 20, with a theme of "Home, Land" in commemoration of the 70th anniversary of the founding of the People's Republic of China.
(Top image: Designed by Li Jingjie)