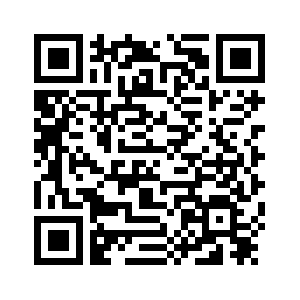 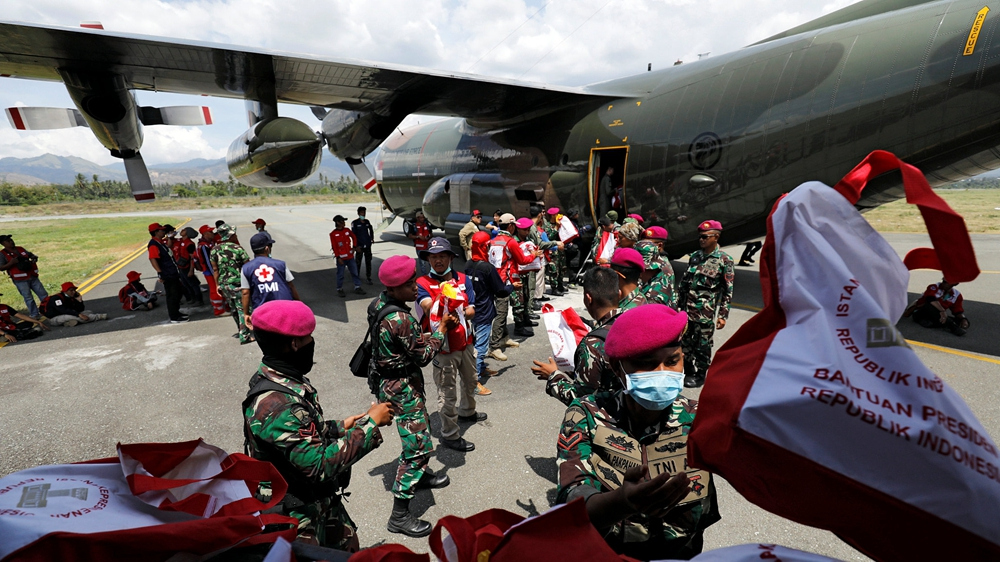 ‍International efforts to help survivors of Indonesia's devastating earthquake and tsunami gathered pace on Thursday as concern grew for hundreds of thousands with little food and water, six days after the disaster struck.
Desperate residents on the west coast of Sulawesi island were scavenging for food in farms and orchards as the government struggled to overcome shortages of water, food, shelter and fuel in a disaster zone with no power, as well as with degraded communications.
Chaos has loomed at times with angry people in the region's main city of Palu, 1,500 km (930 miles) northeast of Jakarta, looting shops and thronging its small airport, scrambling for any flight out.
Officials say the death toll will rise. 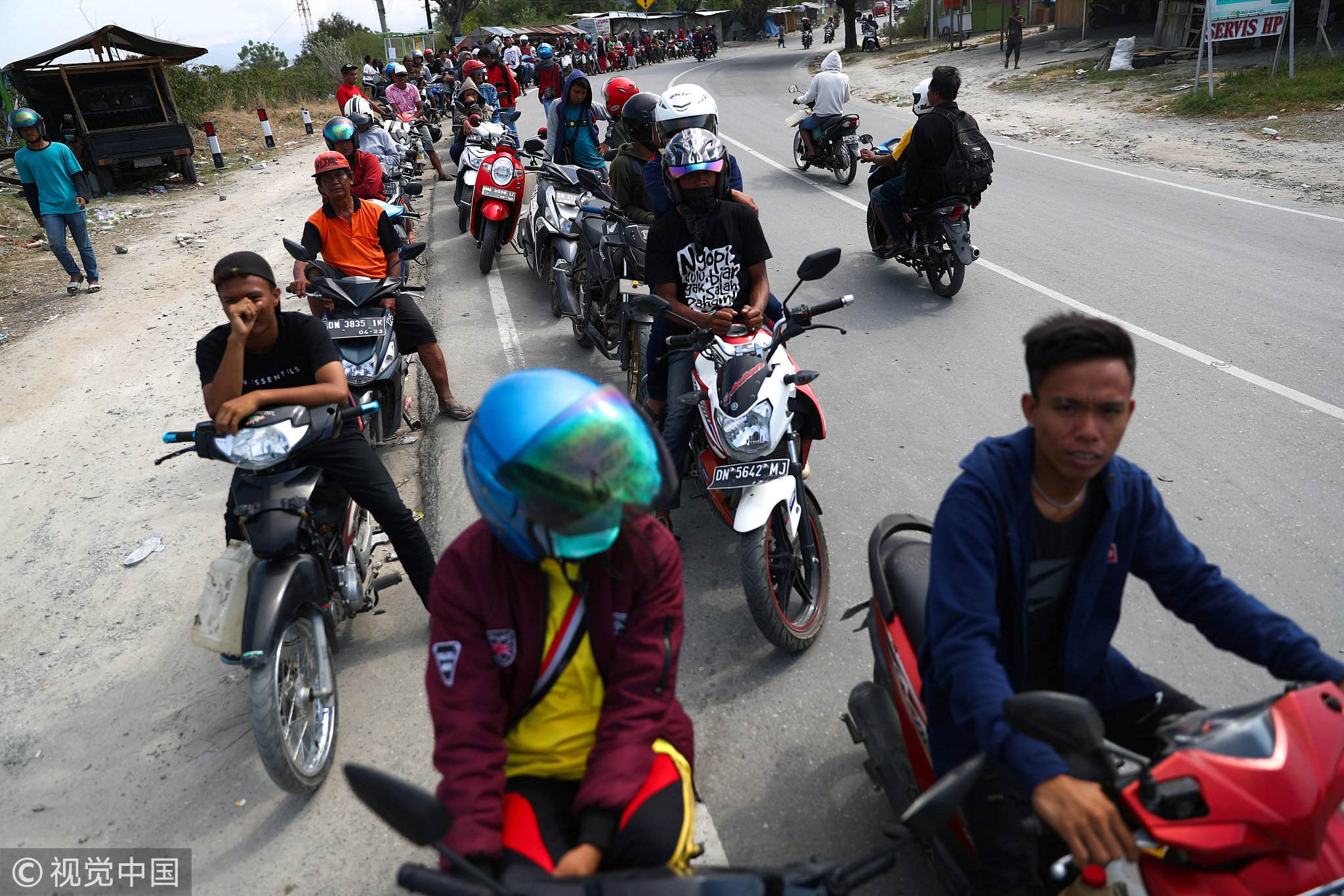 Local residents affected by the earthquake and tsunami queue up for fuel at a gas station in Palu, Central Sulawesi, Indonesia, October 4, 2018. /VCG Photo

Local residents affected by the earthquake and tsunami queue up for fuel at a gas station in Palu, Central Sulawesi, Indonesia, October 4, 2018. /VCG Photo

Most of the confirmed dead have come from Palu and losses in remote areas remain unknown. Communications are down and bridges and roads have been destroyed or blocked by landslides.
An international effort to help is gearing up, after the government overcame a traditional reluctance to take foreign help.
"The government of Indonesia is experienced and well-equipped in managing natural disasters, but sometimes, as with all other countries, outside help is also needed," UN Under-Secretary-General for Humanitarian Affairs and Emergency Relief Coordinator Mark Lowcock said in a statement.
He announced an allocation of $15 million.
"Given the scale and complexity of this emergency, UN agencies and humanitarian organizations are working closely with government counterparts to provide life-saving assistance," he said.
Indonesia has long been known to be vulnerable to quakes and tsunamis.
In 2004, a quake off Sumatra island triggered a tsunami across the Indian Ocean that killed 226,000 people in 13 countries, including more than 120,000 in Indonesia. 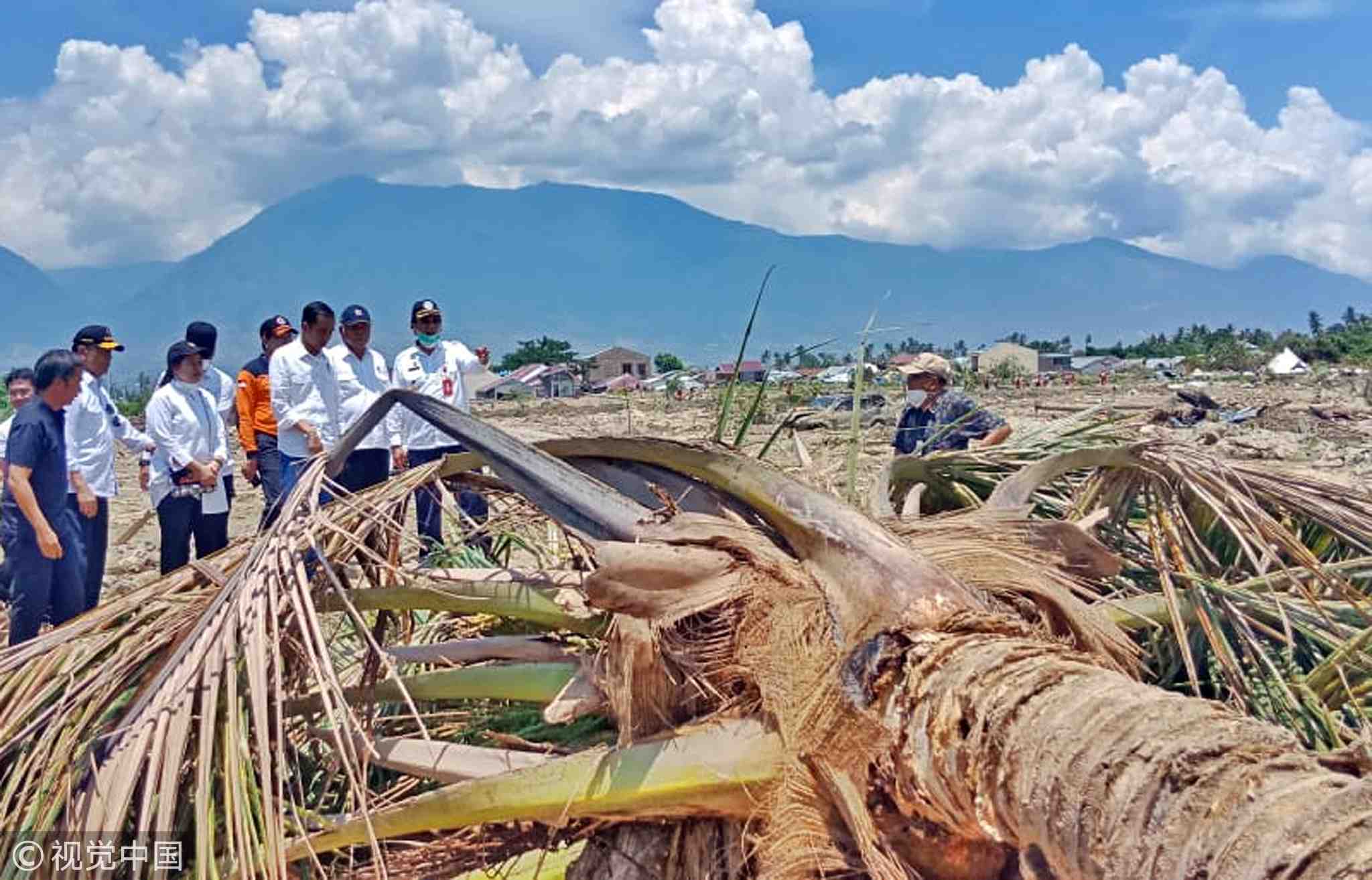 Safety measures implemented after that disaster, including tsunami warning systems, failed on Friday for various reasons, including government neglect, a lack of funding and vandalism.
A system of tsunami-detecting buoys has been out of action since 2012. President Joko Widodo said this week it had to be repaired and properly maintained.

The International Federation of Red Cross and Red Crescent Societies said on Wednesday it was appealing for 22 million Swiss francs ($22 million) to help Indonesia.
US President Donald Trump spoke by telephone with Widodo and had "offered to provide immediate assistance," the White House said on Wednesday.
The United States had provided initial funding, deployed government disaster experts and was working to determine what other help could be given, according to State Department spokeswoman Heather Nauert in Washington. 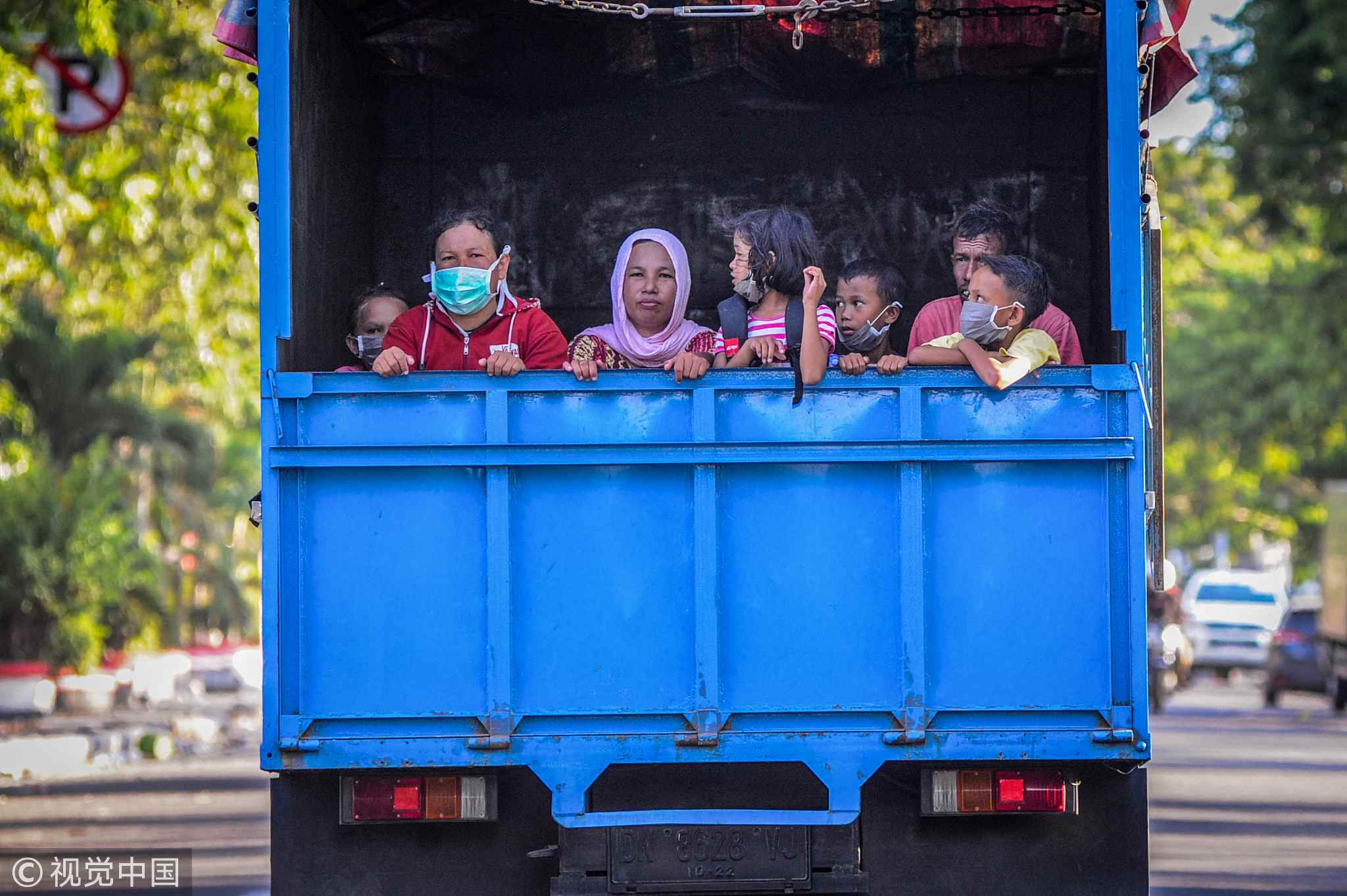 Refugees in a truck will be taken to a safer area. /VCG Photo

Refugees in a truck will be taken to a safer area. /VCG Photo

About 20 countries have offered help, Indonesia has said.
With a growing sense of urgency, especially over communities still largely cut off, Widodo made his second visit to the disaster zone on Wednesday and acknowledged that the aid effort had yet to reach maximum capacity.
In particular, he cited inadequate logistics support and fuel supplies.
Also problematic has been a lack of heavy equipment for rescue workers and food, water and shelter for some 70,000 displaced people.
Rescue workers have begun to reach more remote areas in a disaster zone that includes 1.4 million people, but hundreds of thousands have received no aid.
Sulawesi is one of the archipelago nation's five main islands.
(Top image: Soldiers unload food aid from a Singapore Armed Forces (SAF) supply plane at Mutiara Sis Al-Jufri Airport in Palu, Indonesia, October 4, 2018. /VCG Photo)
Source(s): Reuters