Opinion: After Bolsonaro sworn in, China-Brazil relations will still be promising
Lyu Yang 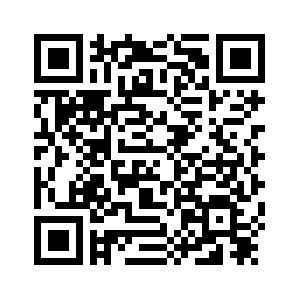 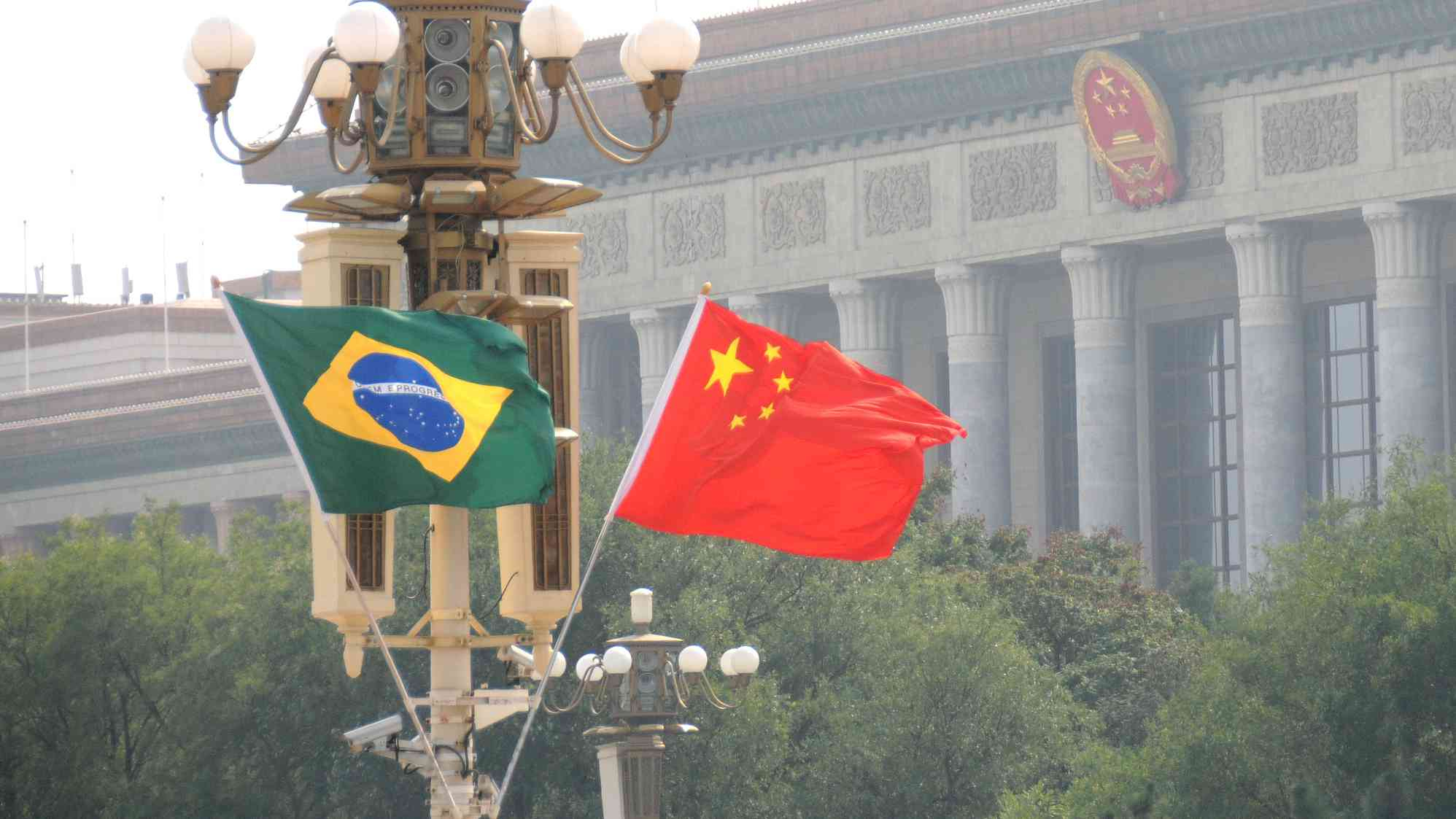 Editor's note: Lyu Yang is an assistant research fellow at the Institute of Latin America Studies under the China Institutes of Contemporary International Relations. The article reflects the authors' opinion, and not necessarily the views of CGTN.
Sometimes called a “Brazilian Donald Trump”, Jair Bolsonaro always manages to shock the world with his far-right political views and his brash, swaggering statements. And starting from the first day of 2019, he is the 44th president of Brazil.
As a right-wing politician, Bolsonaro opposes strongly the left-wing ideology, in his first public speech wearing the presidential sash, he said Brazil will “start to free itself of socialism.”
This raised concerns about the relationship between China and Brazil, for China has maintained a decade long good cooperation with former Brazilian leftist government. 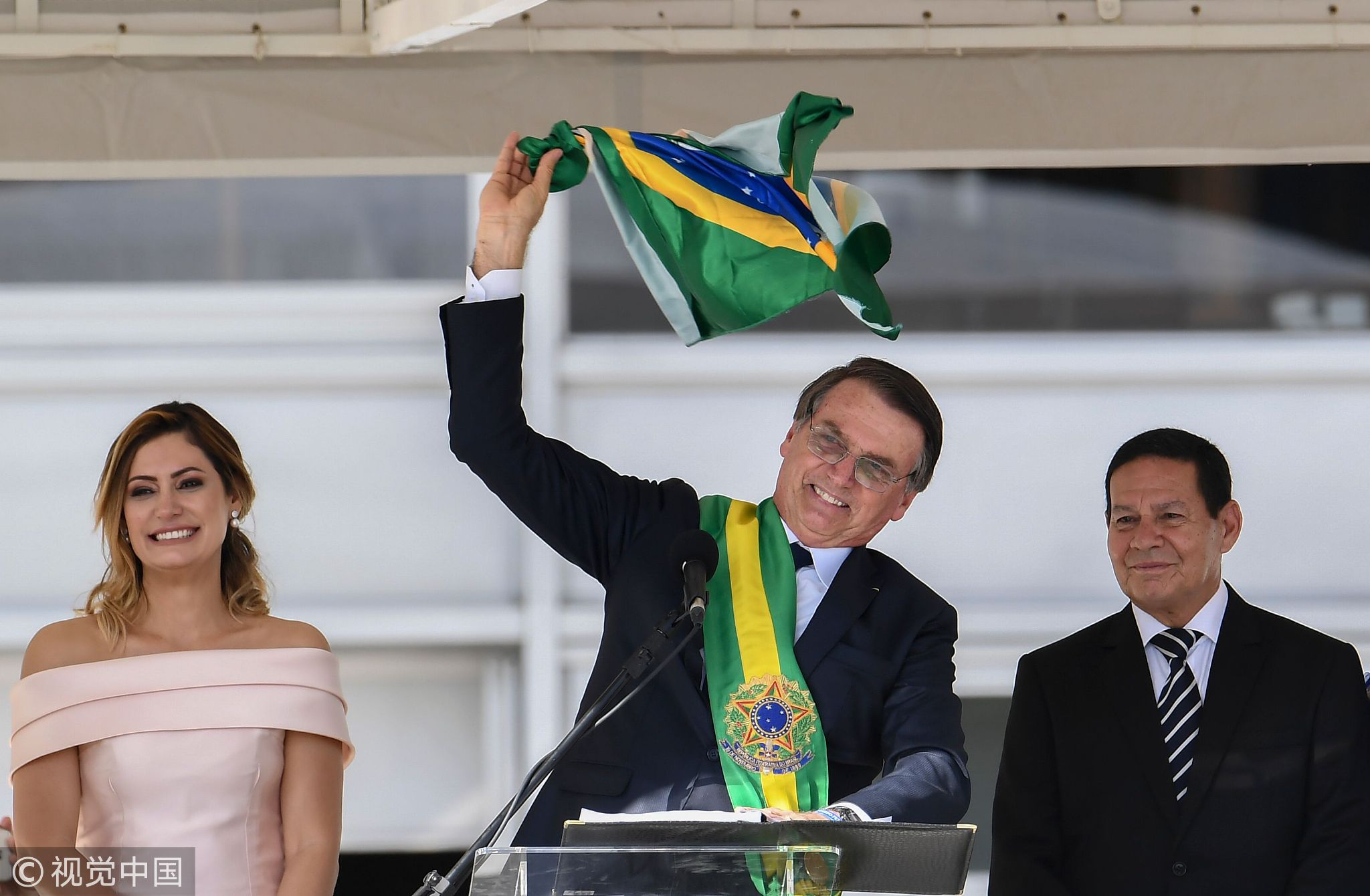 During his rise to power, the 63 year old former congressman criticized China repeatedly on the campaign trail, saying “The Chinese are not buying in Brazil. They are buying Brazil,” and threatens to ban Chinese companies from buying Brazilian farm lands or investing on key industries. He even paid a visit to Taiwan in April 2018, which is an affront to the sovereignty and territorial integrity of China.
As an ardent admirer of his U.S. counterpart Donald Trump, Bolsonaro advocates a diplomatic turn toward the U.S. mindset of “a strong commitment to work side-by-side” on trade, military and “everything else.”
Considering his former's attitude towards China, Bolsonaro is clearly trying to take advantage of the U.S. official's unprovoked concern over China's presence in Latin America. By threatening to tilt Brazil in the direction of the U.S, Bolsonaro wants concessions from both Washington and Beijing.
Unfortunately, President Bolsonaro's plan may not work. The bilateral relation between China and Brazil will not be shaken easily and he may find it hard to embrace the U.S.
Firstly, after winning the election, Bolsonaro has learnt a lot about the importance of China-Brazil relationship. 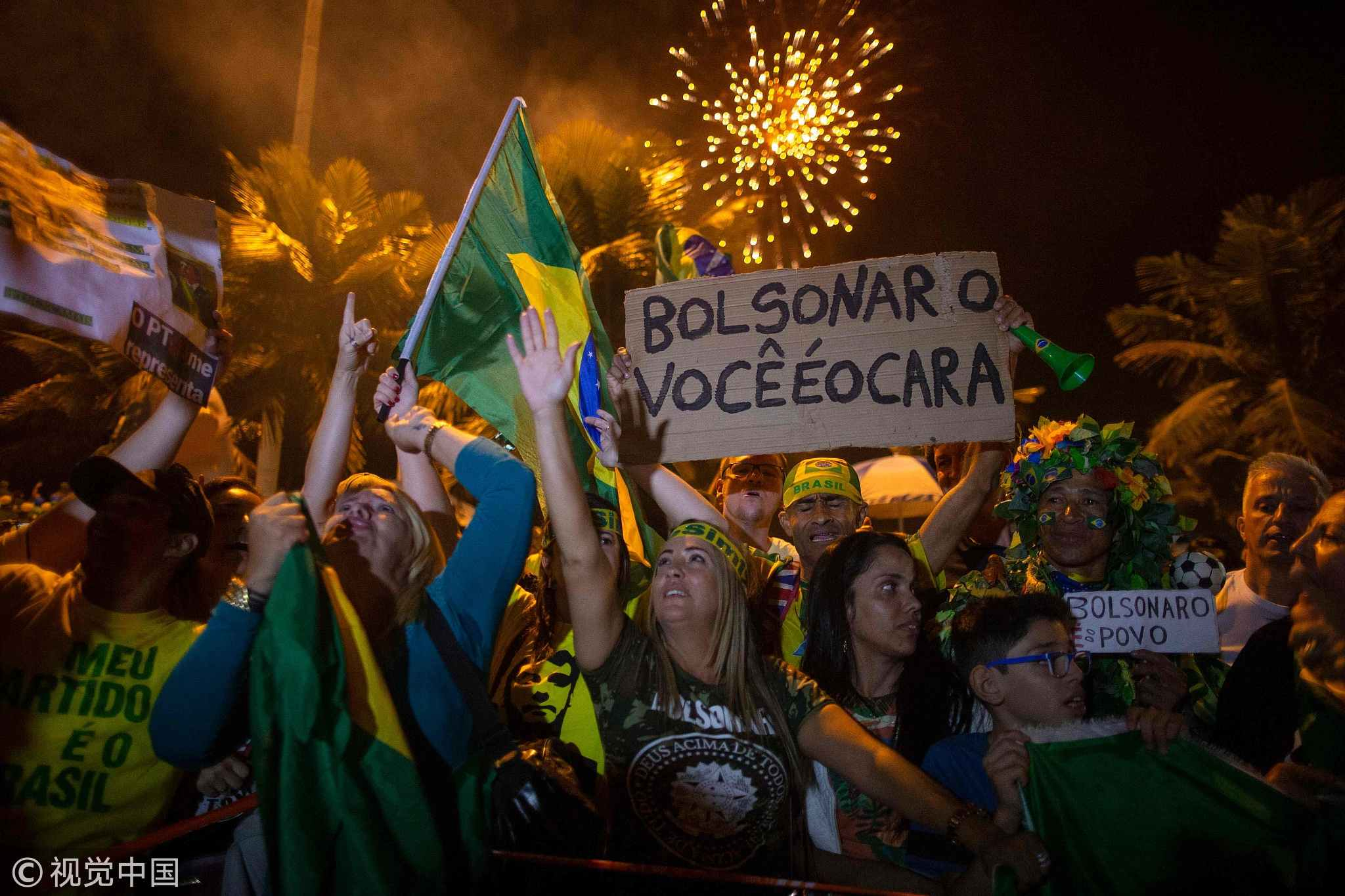 Not only does China represent Brazil's primary export market but Brazil enjoys a 20 billion U.S. dollars trade surplus from the exchange, which is the largest source of trade surplus for the South American country. He has realized that without the support of China's billions of annual investments, his promise of making Brazil “Great and Strong” will just be empty talk.
On November 5, 2018 he met with Chinese ambassador to Brazil, Li Jinzhang, and said that China was a “great cooperation partner.” He also welcomed Chinese investment and invited more trade between the two countries, showing a sign of softening his view on China.
Secondly, strengthening China-Brazil relations has become a consensus among many in Brazilian society. Ranchers, miners and business people who benefit from bilateral economic co-operations wish to keep the momentum.
These people happen to be Bolsonaro's main supporters, and the President would not take the risk of breaking down his governing coalition. For Souring Brazil's political relationship with China would lead to a retrogression of bilateral economic ties, which would damage employment rates — and presidential approval ratings.
Moreover, “America First” cannot live in harmony with “Brazil First.” 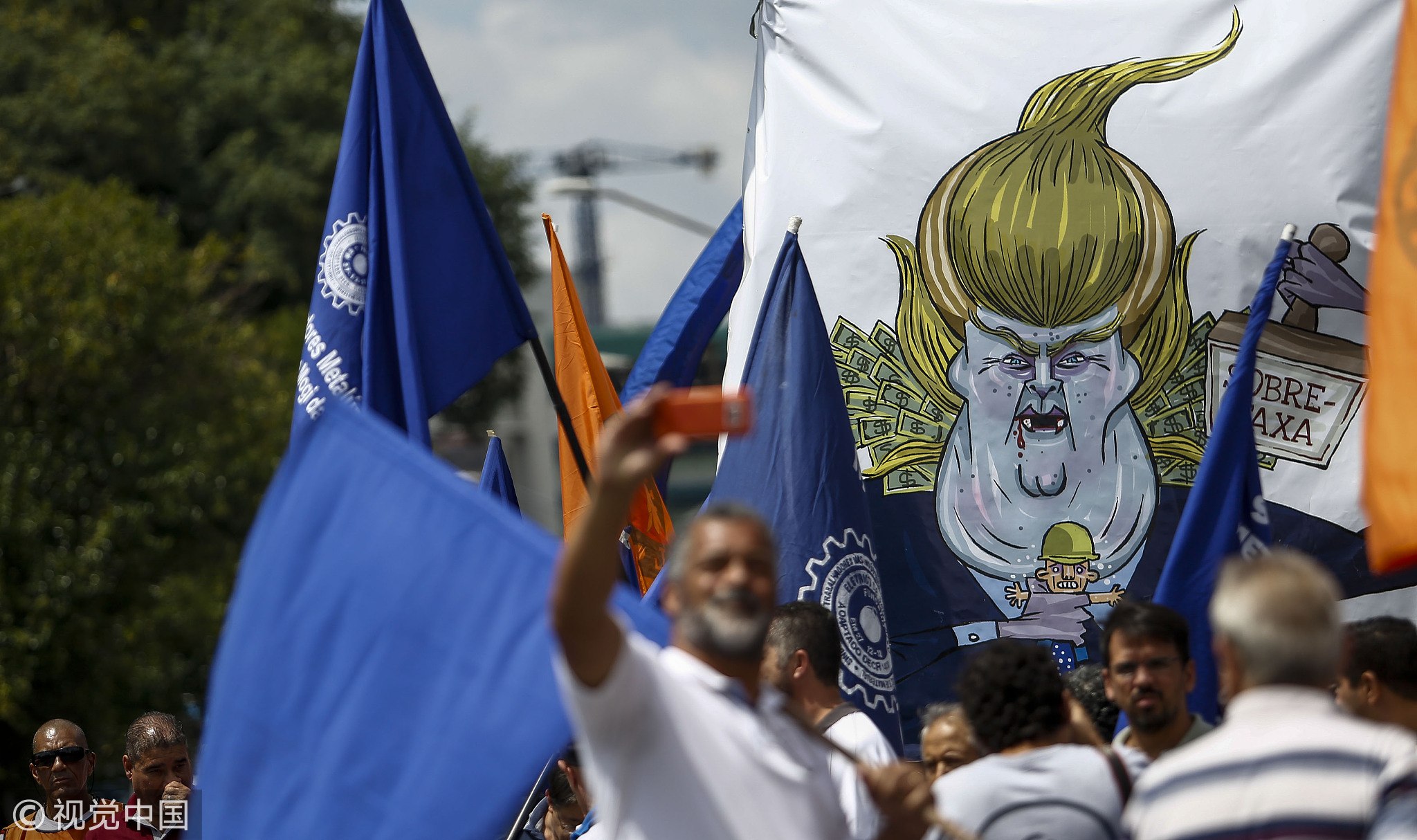 Members of trade unions hold a protest against U.S. President Donald Trump's import surcharge on Brazilian steel and in defense of their employment, outside the U.S. Consulate in Sao Paulo, Brazil, March 5, 2018. /VCG Photo‍

Members of trade unions hold a protest against U.S. President Donald Trump's import surcharge on Brazilian steel and in defense of their employment, outside the U.S. Consulate in Sao Paulo, Brazil, March 5, 2018. /VCG Photo‍

Isolationism and protectionism are exclusive. A big fan of Trump as he is, Bolsonaro can hardly prevent the U.S. from threatening to impose steel and aluminum tariffs on Brazil, let alone win more U.S. concessions on trade and investment, which Brazil needs the most for its economic recovery.
Besides, Brazil is a major power in South America and is known for its independent foreign policy. A pro-U.S. government doesn't mean acting in accordance with the interests of the United States. Keep doing business with China and adopt a swinging policy between the two superpowers would be a better choice for Brazil.
As a seasoned politician, Bolsonaro won't ignore that truth.
Brazil sees China as a “comprehensive strategic partner,” which means developing a good bilateral relationship is a strategic choice and a will of state that will not be affected by any government change.
China and Brazil have no political disputes and their economies are totally complementary, the bilateral trade volume has reached 75 billion U.S. dollars in 2017. Facing a fast spreading anxiety about isolationism and protectionism, a solid China-Brazil relation means a lot for Brazil's economy and for President Bolsonaro's new administration.
Brazil is taking up the new BRICS presidency this year. As the founder and an active promoter of the BRICS mechanism, Brazil won't give up the opportunity to more effectively improve its bilateral relationship with China –by far the most important one it has with the BRICS countries and to boost its economic growth.
China-Brazil relations may see some turbulence in the years to come, but no worries, it will always be promising.
(If you want to contribute and have specific expertise, please contact us at opinions@cgtn.com.)