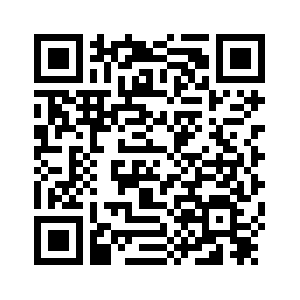 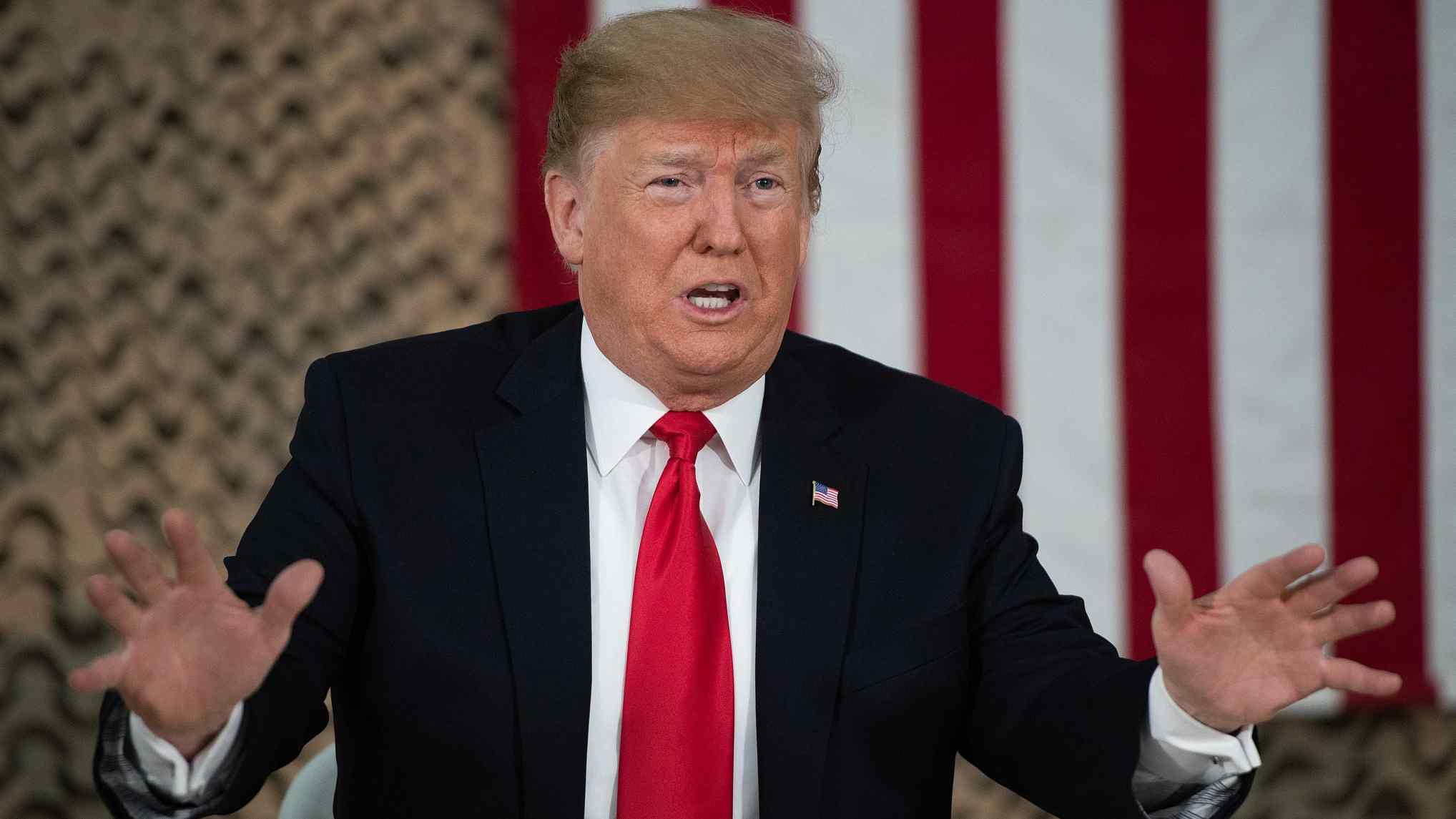 President Donald Trump campaigned on a promise to end the era of U.S. interventionism.
Two years into his presidency the U.S. officially remains active militarily in seven countries, according to a government report released in March 2018, and has a presence in many more.
But 2019 could be a year of change. Speaking in Iraq on December 26, 2018 – his first visit to a combat zone – Trump told U.S. troops "now we're going to do it a different way."

Days earlier, Trump declared victory in the fight against ISIL in Syria – prematurely, according to experts – and announced a withdrawal from the country, as well as a partial drawdown in Afghanistan.
Secretary of State Mike Pompeo and National Security Advisor John Bolton have since embarked on a diplomatic whirlwind to manage the fallout among allies, who weren't briefed on a policy change, and the administration has backtracked.
The announcement – and attempt to push the agenda in a direction against the advice of senior officials – nevertheless hints at a new chapter in U.S. involvement overseas.
Here's an overview of U.S. involvement in the seven countries it is officially engaged in militarily, two years into the Trump presidency. 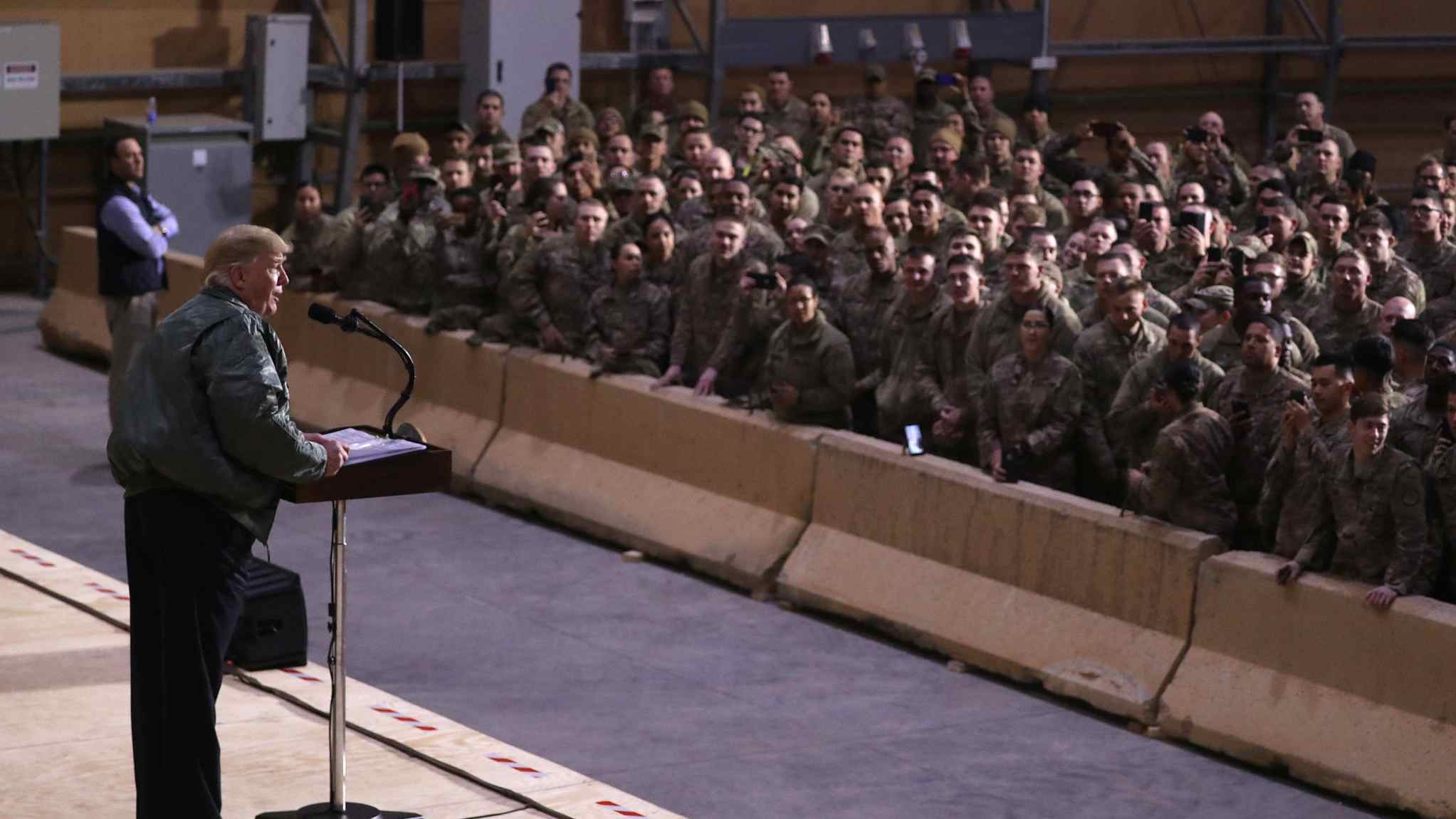 Trump has said he has "no plans at all" for a troop drawdown in Iraq, despite making his opposition to the 2003 U.S. invasion of the country a dividing line in the 2016 election.
An estimated 5,000 U.S. troops are currently deployed in Iraq, according to the New York Times, and Trump has hinted at making it a hub for U.S. operations in the region.
U.S. troops withdrew from Iraq in 2011, but it intervened again in 2014 with the aim of countering ISIL. The defeat of ISIL in the city of Mosul, reversing the terror group's territorial gains in Iraq, occurred during Trump's presidency. However, the militants have continued to conduct attacks in the country. 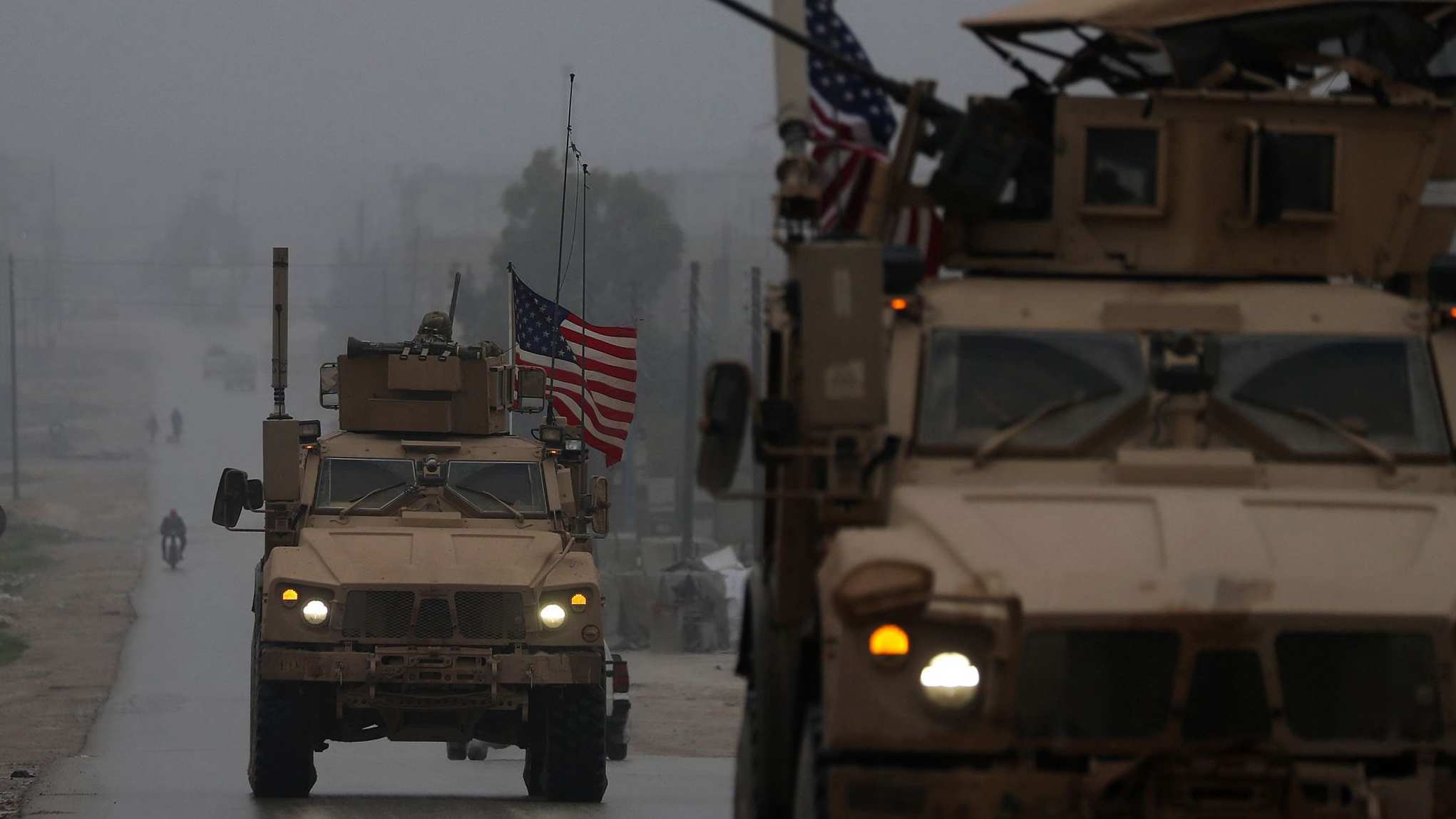 U.S. airstrikes in Syria began in 2014 and troops have been on the ground since 2015. Trump declared victory over ISIL on December 19, 2018, and announced that the around 2,000 U.S. troops stationed there would be withdrawn within 30 days.
Under pressure from senior Republicans and allies, the president has backtracked on the timeline but maintained that troops will be withdrawn within four months.
Trump has indicated that ending ISIL is his only aim in the country and suggested it could be targeted from Iraq, but top officials have said a withdrawal is dependent on events on the ground.
The Washington Post reported that the president said in early January that Iran "can do what they want" in Syria, whereas Bolton and Pompeo have stated curtailing Iranian influence in the country is a key goal. 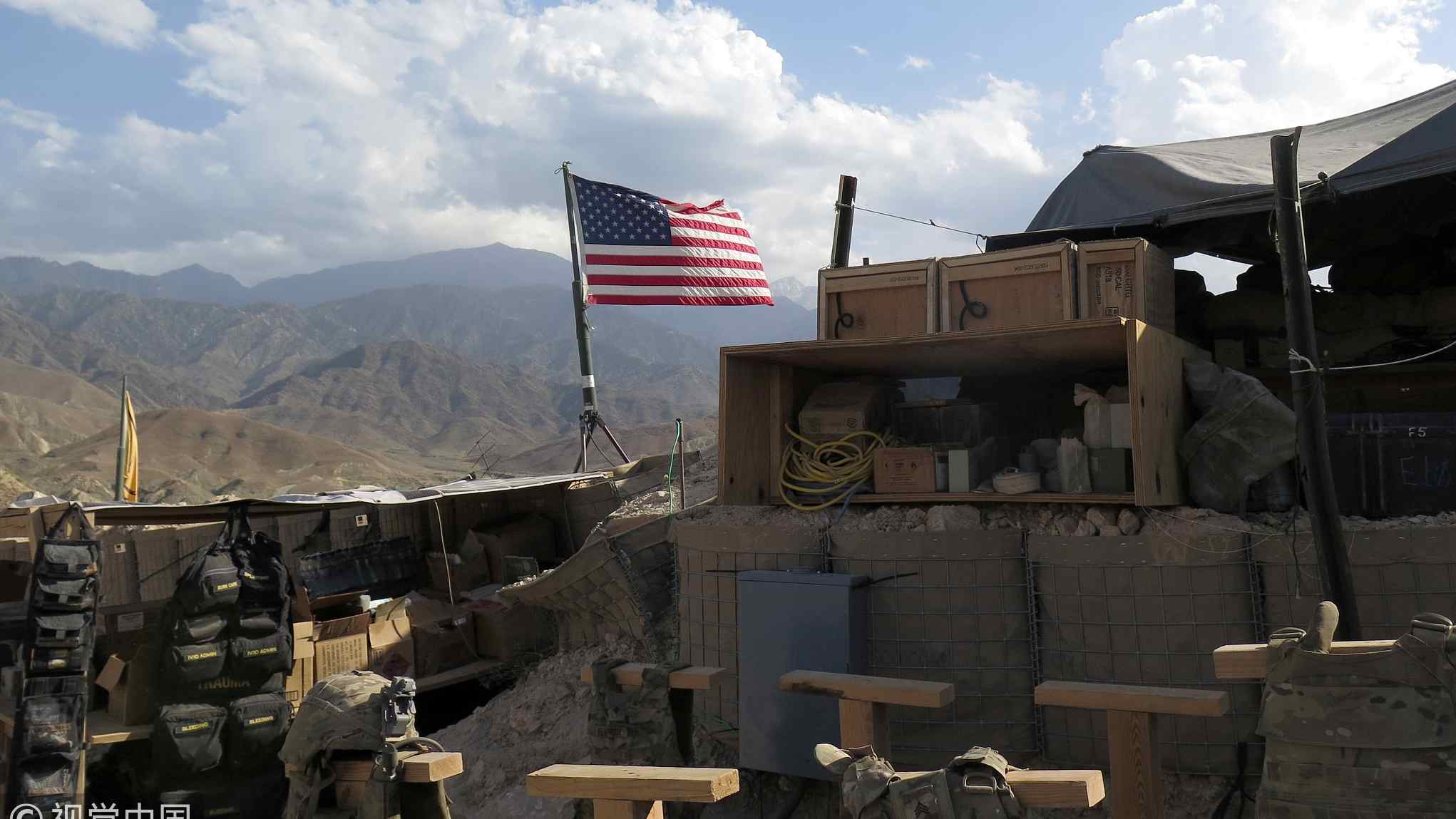 The U.S. invaded Afghanistan in 2001 following the September 11 attacks, and still has around 14,000 troops in the country on training and counter-terror missions.
Washington has stepped up attempts to find a settlement to the 17-year war in recent months, with direct negotiations taking place with Taliban representatives in the United Arab Emirates.
Media reports in December suggested Trump is considering drawing down half of the deployed troops in 2019, just over one year since the president unveiled a South Asia strategy which stressed a U.S. commitment to remain in Afghanistan and press for change.
An interview with the Washington Post in November indicated the strategy did not sit easily with Trump.  "We're there because virtually every expert that I have and speak to say if we don't go there, they're going to be fighting over here," he said.

U.S. involvement in Yemen has hit headlines in recent months, after the U.S. Senate passed a resolution calling for an end to support for the Saudi-led coalition in mid-December, despite the Trump administration urging it not to do so. Ultimately it was a symbolic rebuke, as it was not taken up by the then Republican House of Representatives.

Although the U.S. engagement in Yemen is largely in support of Saudi Arabia, on January 6, 2019 a U.S. airstrike killed Jamal al-Badawi, the al-Qaeda militant behind the 2000 attack on the USS Cole.

The U.S. has increased airstrikes against militant groups in Somalia under the Trump presidency, with the White House giving the Pentagon the go ahead to order attacks without high-level approval in March 2017. As well as an uptick in airstrikes, U.S. troops have been deployed on the ground. According to NPR, the U.S. operates in a training capacity in multiple African countries through AFRICOM, the African command set up in 2007 to counter extremism.

The U.S. became active in Libya in 2011 as part of a UN-authorized intervention, and has since carried out drone strikes in the country to counter militants. Trump has argued that the U.S. role in Libya should be limited to fighting ISIL, and there are fears that supporters of the terror group are taking advantage of instability in the country to regroup.

The U.S. Air Force has operated armed drones in Niger since 2013, targeting militants in the region in support of French operations in neighboring Mali. The drones have operated from the country's capital, Niamey, but the USAF is building an airbase in Agadez, a strategic city in the Sahara desert, at a cost of 98.5 million U.S. dollars. Around 650 troops are expected to be deployed at the new base, Voice of America reported.
The U.S. engagement in Niger hit headlines in 2018 when it emerged that five Nigerian and four U.S. troops were killed in an ambush by militants.