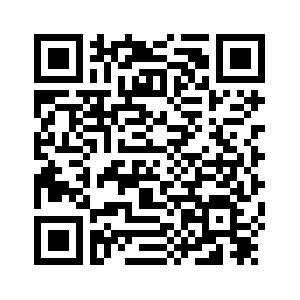 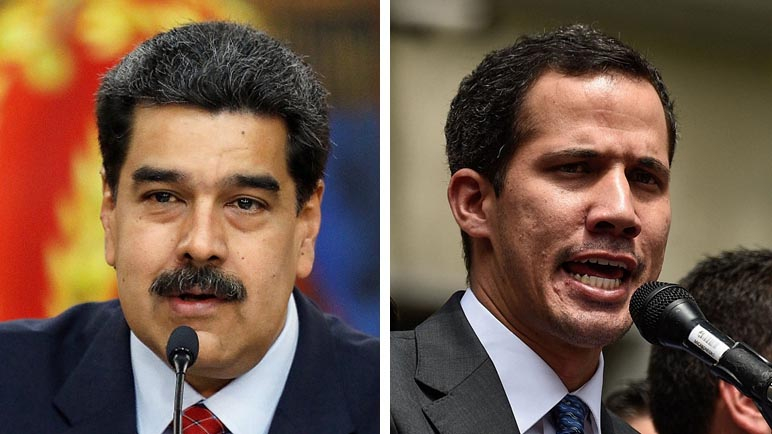 Venezuela has further plunged into political turmoil amid growing tensions between Washington and Caracas.
Venezuelan President Nicolas Maduro was sworn in to begin a new six-year term on January 10.
However, Juan Guaido, president of Venezuela's National Assembly, proclaimed himself "interim president" of the country on Wednesday, about which the United States, Brazil and some other countries have officially recognized. 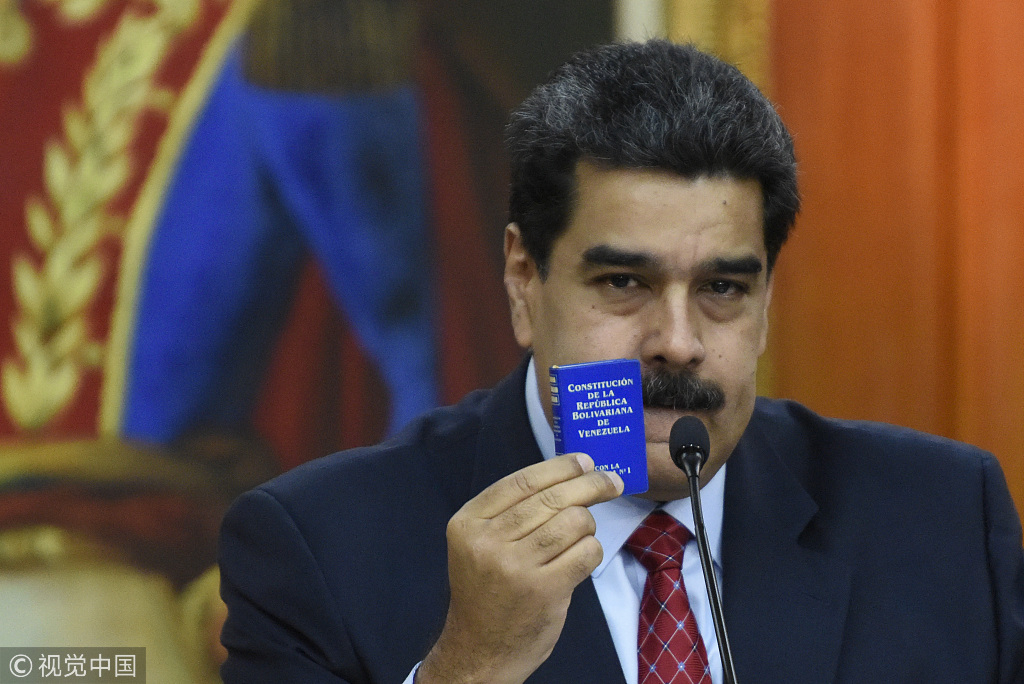 Maduro then announced he was severing "diplomatic and political" ties with the U.S. and ordered U.S. diplomats to leave the country in 72 hours.
Also on Thursday, Venezuela's Supreme Court of Justice (TSJ) ratified Maduro's legitimate right to govern.
Here are the latest updates as of Friday. 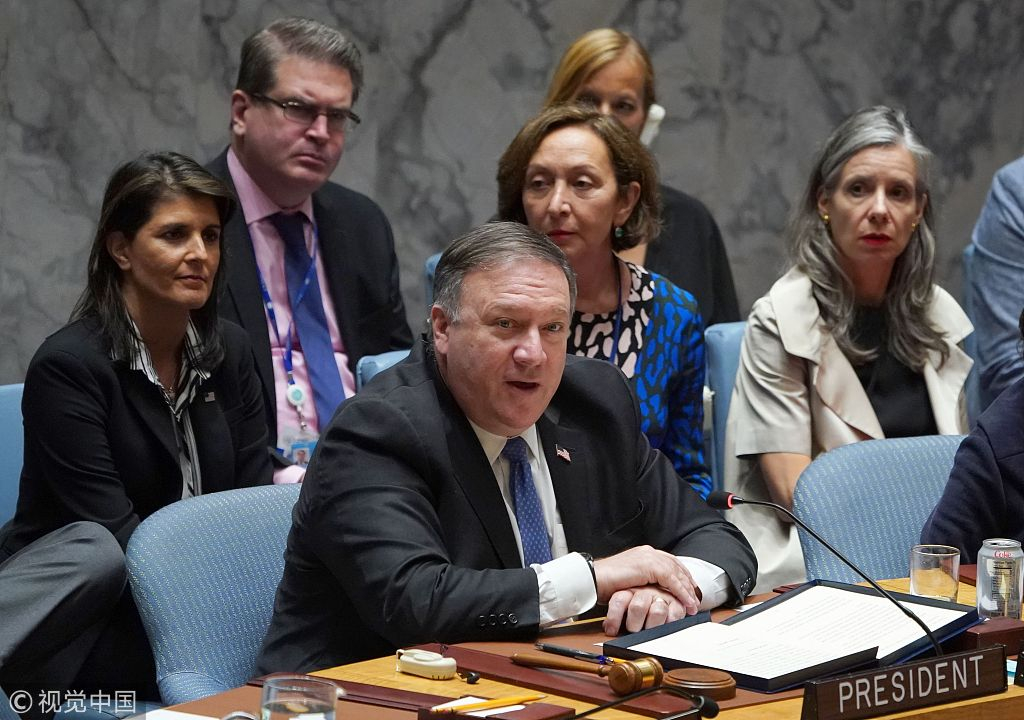 Maduro said he welcomed a debate over the Venezuela situation and thanked Pompeo for making the request to the UN, in a jocular response during a Friday news conference.
He added that Jorge Arreaza, his foreign minister, has his "visa" to go to New York and would take "Venezuela's truth" to the UN.
While Russia, a permanent member of the UNSC, said it will insist on compliance with international law if the council holds a meeting on Venezuela.

Former U.S. diplomat Elliott Abrams will lead U.S. efforts on Venezuela, Pompeo also said on Friday.
"Elliott will be a true asset to our mission to help the Venezuelan people fully restore democracy and prosperity to their country," Pompeo said in announcing Abrams' appointment.
He said Abrams would accompany him to the UN on Saturday for a Security Council meeting on Venezuela.

Venezuelan President Nicolas Maduro earlier on Friday said he's willing to engage in talks with the opposition, which Mexico offered to host in order to avoid violence and end the political impasse.
"I'm committed to a national dialogue. Today, tomorrow and always, I'm committed and ready to go wherever I have to. Personally, if I have to meet with this young man... I'll go."
However, Guaido swiftly rejected the offer calling it a fake dialogue. 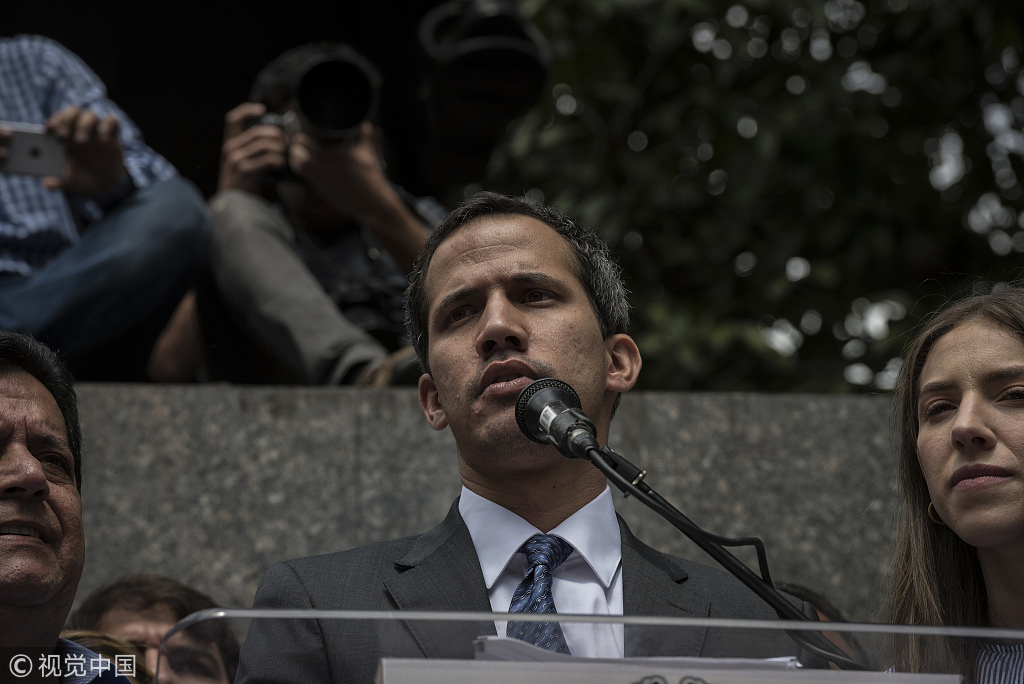 Juan Guaido, president of the National Assembly, speaks during a rally at Bolivar Square in Caracas, Venezuela, January 25, 2019. /VCG Photo

Juan Guaido, president of the National Assembly, speaks during a rally at Bolivar Square in Caracas, Venezuela, January 25, 2019. /VCG Photo

"When they don't get the results they want through repression, they offer us fake dialogue instead," he told a separate news conference in a Caracas square.

Earlier, American diplomats left the U.S. embassy in Caracas in a convoy of vehicles with a police escort en route to the airport, according to a Reuters witness.
The State Department on Thursday ordered non-emergency government employees to leave Venezuela and said U.S. citizens in the country should consider leaving.
It did not immediately respond to a request for comment on the movement of embassy personnel on Friday. 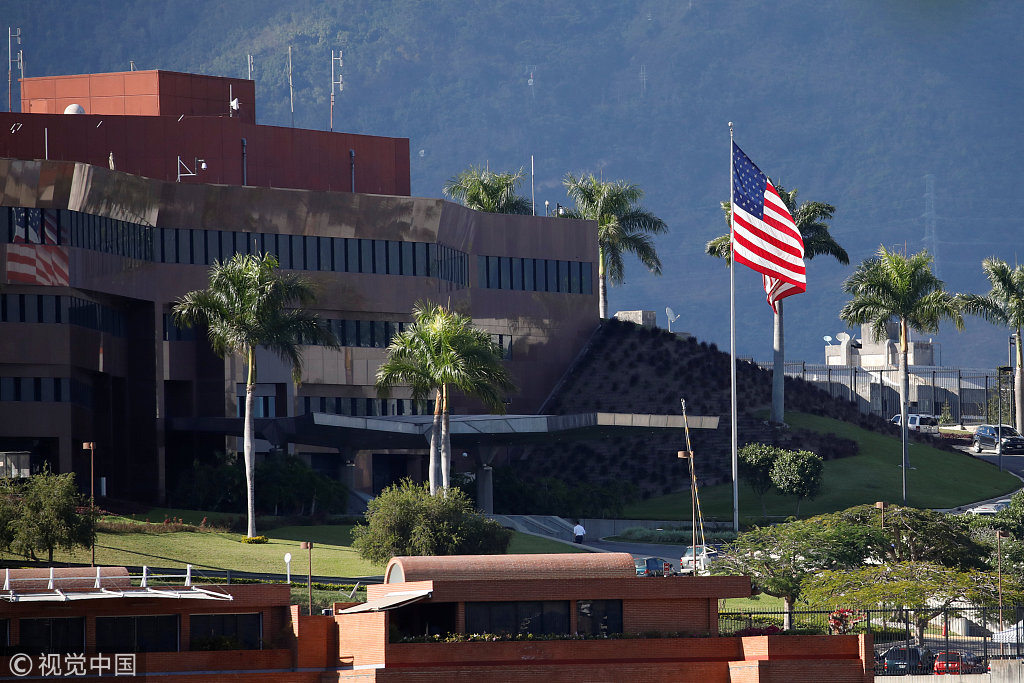 China: Venezuela's affairs must be decided by its own people

China believes that Venezuela's affairs must and can only be decided by its own people, Hua Chunying, Chinese Foreign Ministry spokesperson, said on Friday.
"Venezuela's affairs must and can only be chosen and decided by the Venezuelan people themselves," Hua said. "We call on all relevant parties to respect Venezuelan people's choice, and we support all parties in Venezuela to seek a political solution through peaceful dialogue within the framework of the nation's constitution."
Venezuela's stability and development serve the interests of all relevant parties, Hua said. "We hope that all parties will do more for Venezuela's stability." 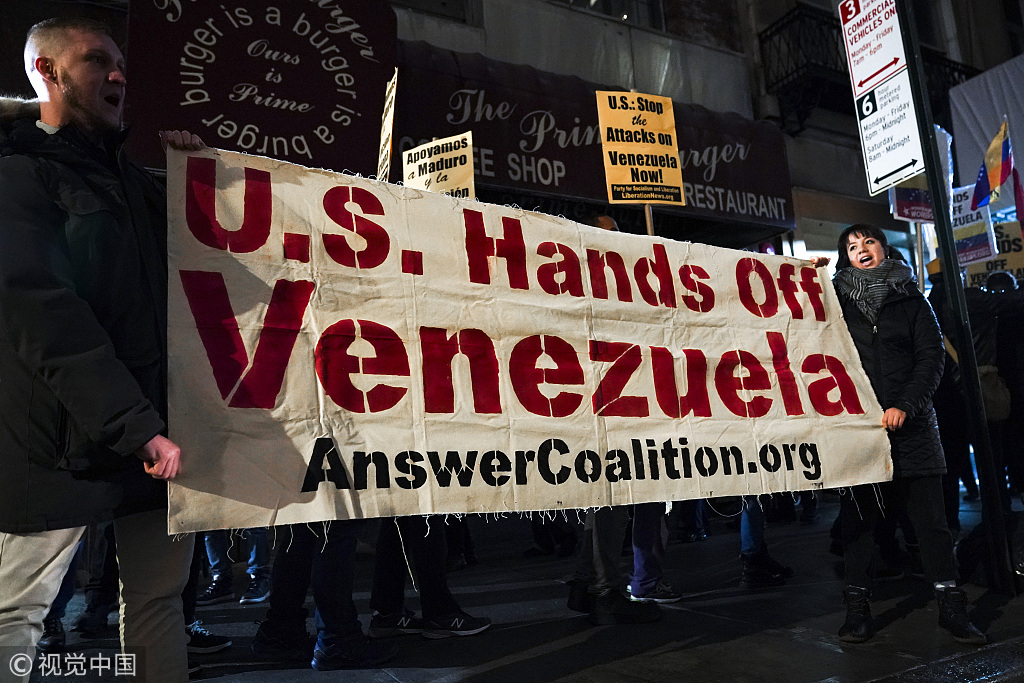 The U.S. Treasury on Friday signaled it was working to tighten the financial noose on Venezuelan President Nicolas Maduro as it steps up efforts to transfer control of government assets to opposition leader Guaido.
The Treasury Department statement stopped short of announcing a freeze on Venezuela's U.S. assets and accounts, however.
"The United States will use its economic and diplomatic tools to ensure that commercial transactions by the Venezuelan government, including those involving its state-owned enterprises and international reserves, are consistent with this recognition," the U.S. Treasury said in a statement.

Spain's Prime Minister Pedro Sanchez said on Saturday he would give Maduro eight days to call elections in the South American country or Spain would recognize Juan Guaido as the interim leader in charge of calling an election.
French President Emmanuel Macron tweeted that France will recognize Guaido as "president in charge" of Venezuela in order to "trigger a political process" if elections are not held within eight days.
British and German governments have supported the demand for fresh elections made by their European allies France and Spain.
But Iranian Foreign Minister Mohammad Javad Zarif voiced his country's support for the legitimate government of Venezuela, Tasnim News Agency reported on Saturday.
(With inputs from agencies)