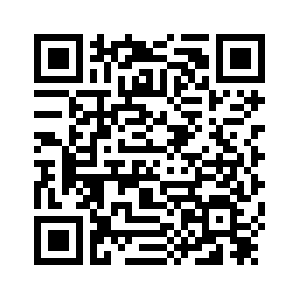 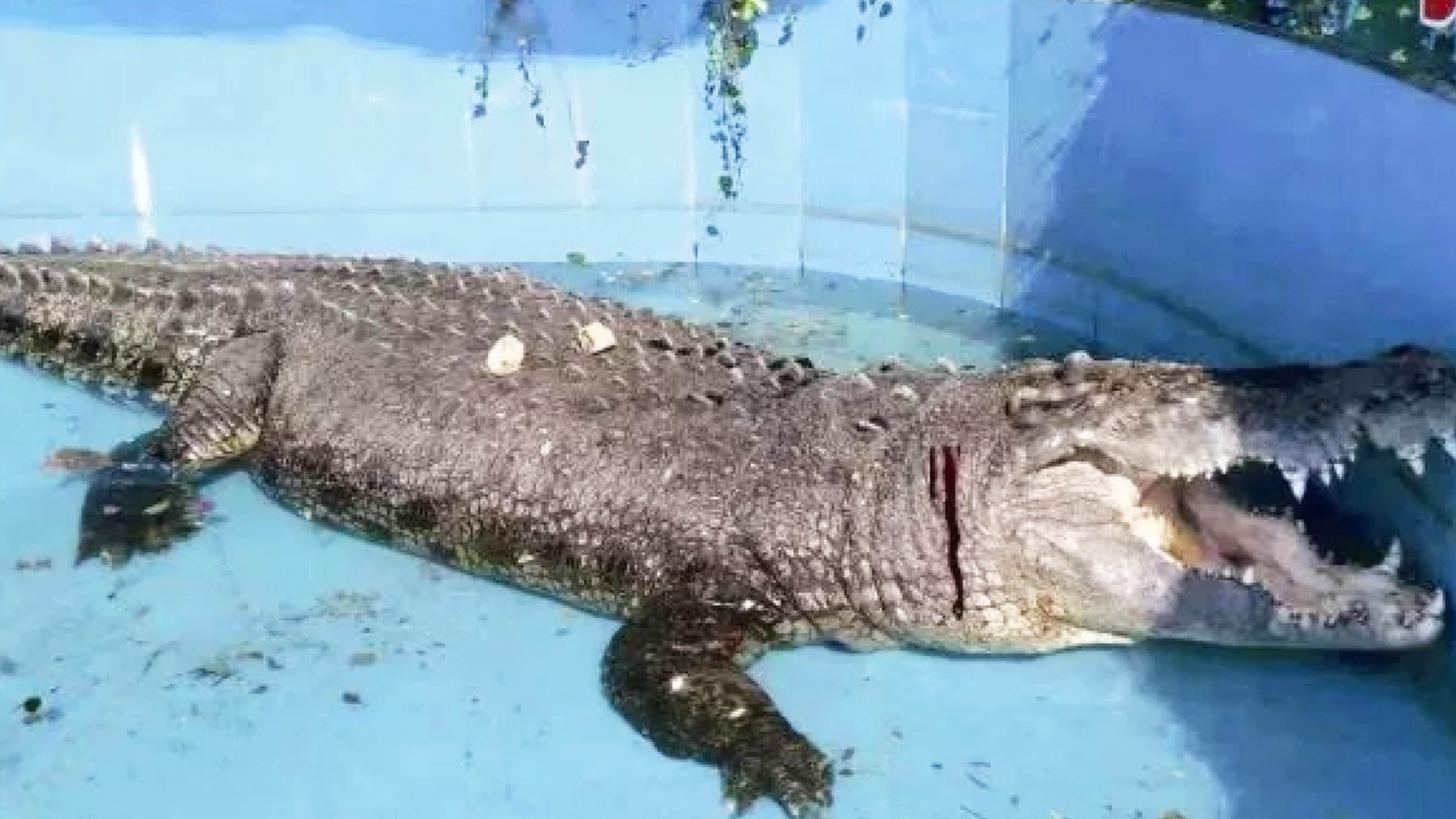 A crocodile nicknamed Xiaohe at a zoo in Xiamen City of southeast China's Fujian Province is recovering from injuries made by a group of Chinese visitors who threw rocks at it last week, the Fujian-based Strait Herald reported on Monday.
37-year-old Xiaohe, known as Asia's largest crocodile in captivity because of its 5.8-meter long length, was mainly attacked by a rock measuring 17cm which left its head a sharp cut on October 31. The photo capturing Xiaohe bleeding circulating on social media caused online backlash against the visitors' cruel behavior. 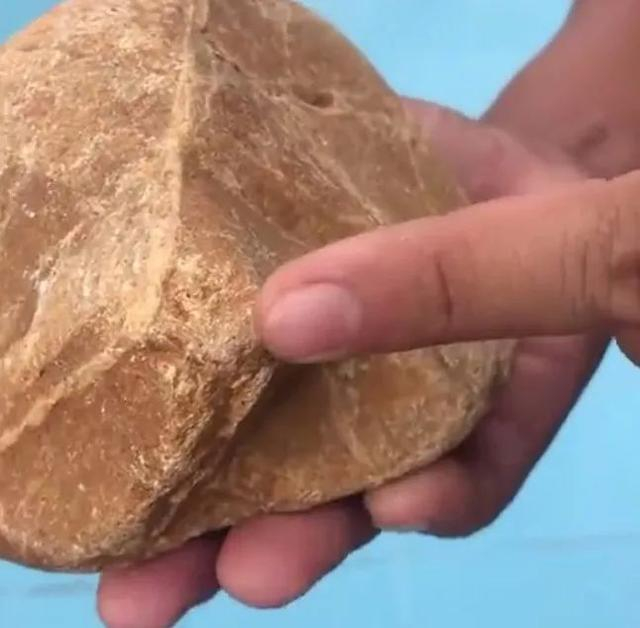 The incident happened when a family tour group visited the zoo, a manager surnamed Xu told the media. According to some eye-witness accounts, Xu said the family of adults and children threw the rock to see whether the crocodile was a model or not because it was motionless.
“All the while, other tourists at the scene tried to talk them out of pelting the reptile but they would not listen,” Xu added. The family was seen laughing and taking photos of the animal when it finally moved but fled quickly when they saw the blood. 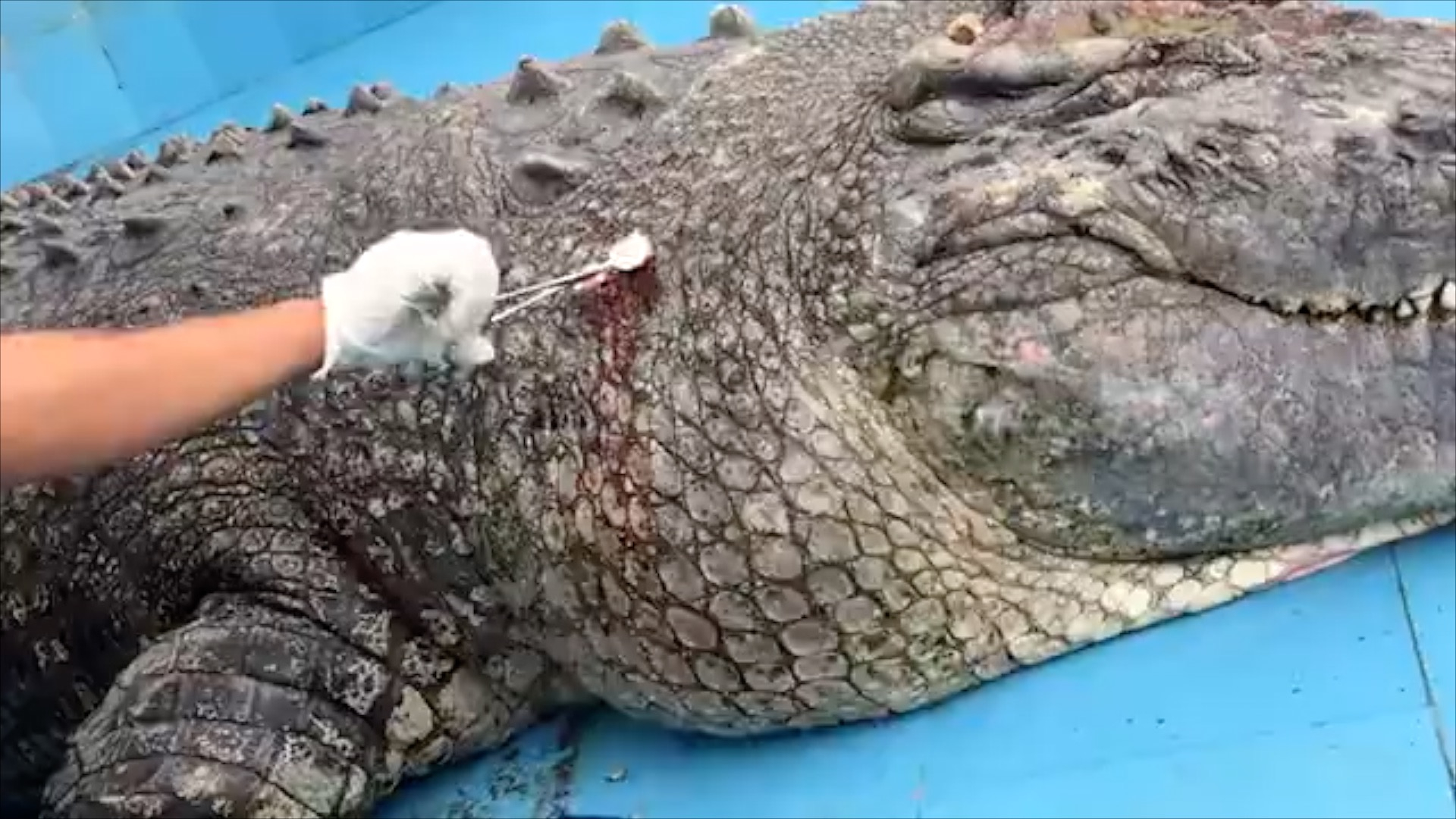 The veterinarian is dealing with the crocodile's head wound. /Screenshot via ThePaper's Video

The veterinarian is dealing with the crocodile's head wound. /Screenshot via ThePaper's Video

After hearing about the attack, zoo keepers and veterinarians rushed to treat the crocodile's head wound. As seen in the footage released by Pear Video, there were three cuts from the rock and one paw of the crocodile was heavily scratched by other stones.
At a weight of 1,250 kilograms, Xiaohe can consume 25 kilograms of food a day during the summer. However, the zoo's head veterinarian said Xiaohe's slowing metabolism, a natural change due to the approaching winter, will make his recovery more difficult. 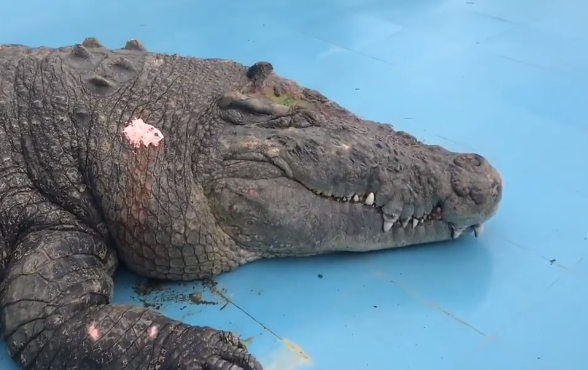 Three cuts slit by the rock. /Screenshot via ThePaper's Video

Three cuts slit by the rock. /Screenshot via ThePaper's Video

“The wound will heal more slowly than in summer and slow healing increases the chance of infection”, Lu said. Zoo staff are taking turns to take care of Xiaohe to guarantee the wound remains dry and clean.
The zoo has presented local police with the surveillance video, and asked for investigation to track down the visitors, who should bear legal responsibility for breaking China's wildlife protection and public order laws.
“The adults' actions set a bad example for the children,” some users commented on China's twitter-like platform Weibo. Others urged the violators to be placed on the zoo's blacklist and pay for the crocodile's treatment expenses. 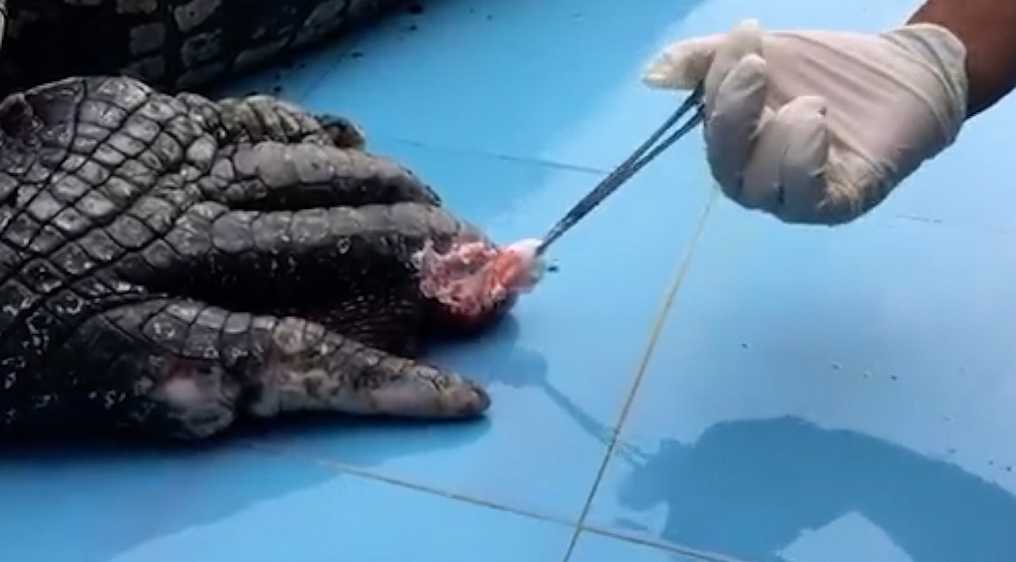 One paw of the crocodile is heavily scratched by other stones. /Screenshot via ThePaper's Video

One paw of the crocodile is heavily scratched by other stones. /Screenshot via ThePaper's Video

Chinese tourists being cruel to zoo animals have been common this year.
In April, also in Fujian Province, a kangaroo died at a Fuzhou Zoo after visitors hurled jagged stones at it, and another was injured in a separate incident days later.
In the same month, tourists in east China's Jiangsu Province plucked tail feathers out of four live peacocks, in the second incident of its kind at the zoo.
Months later, men were caught throwing stones at tigers inside Beijing Wildlife Park in June and, in September, a video was released showing a visitor in east China's Anhui Province poking and kicking an alligator to try and get it to move for a better photo.