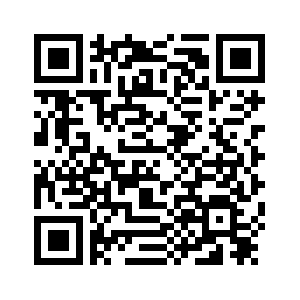 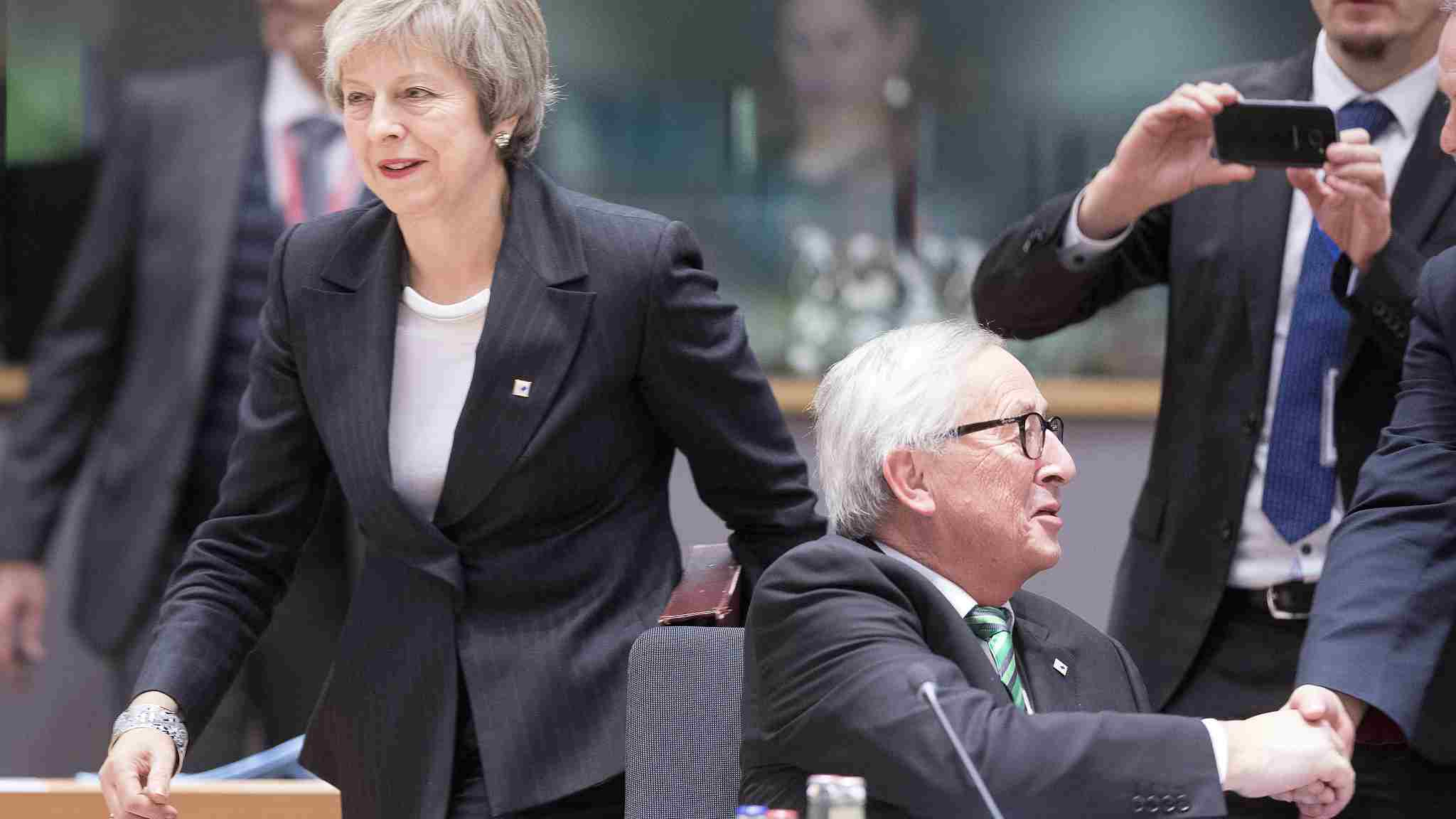 Editor's note: Zhang Bei is an assistant research fellow from China Institute of International Studies. The article reflects the author's opinion, and not necessarily the views of CGTN.
Another dramatic week in the Brexit process.
The British parliament was supposed to cast their “meaning vote” on the withdrawal agreement, which was reached on November 25 between Theresa May's government and the European Union. However, the day before the vote, after repeatedly denying that the election would not be postponed, due to widely expected loss, May government announced the vote will be delayed until before January 29.
This move was widely condemned by all sides, including May's party. On the following day, a confidence vote against her leadership was called by the Conservative rebels but failed. May survived her premiership, but still, 117 out of 317 Conservative MPs were thinking of removing her. 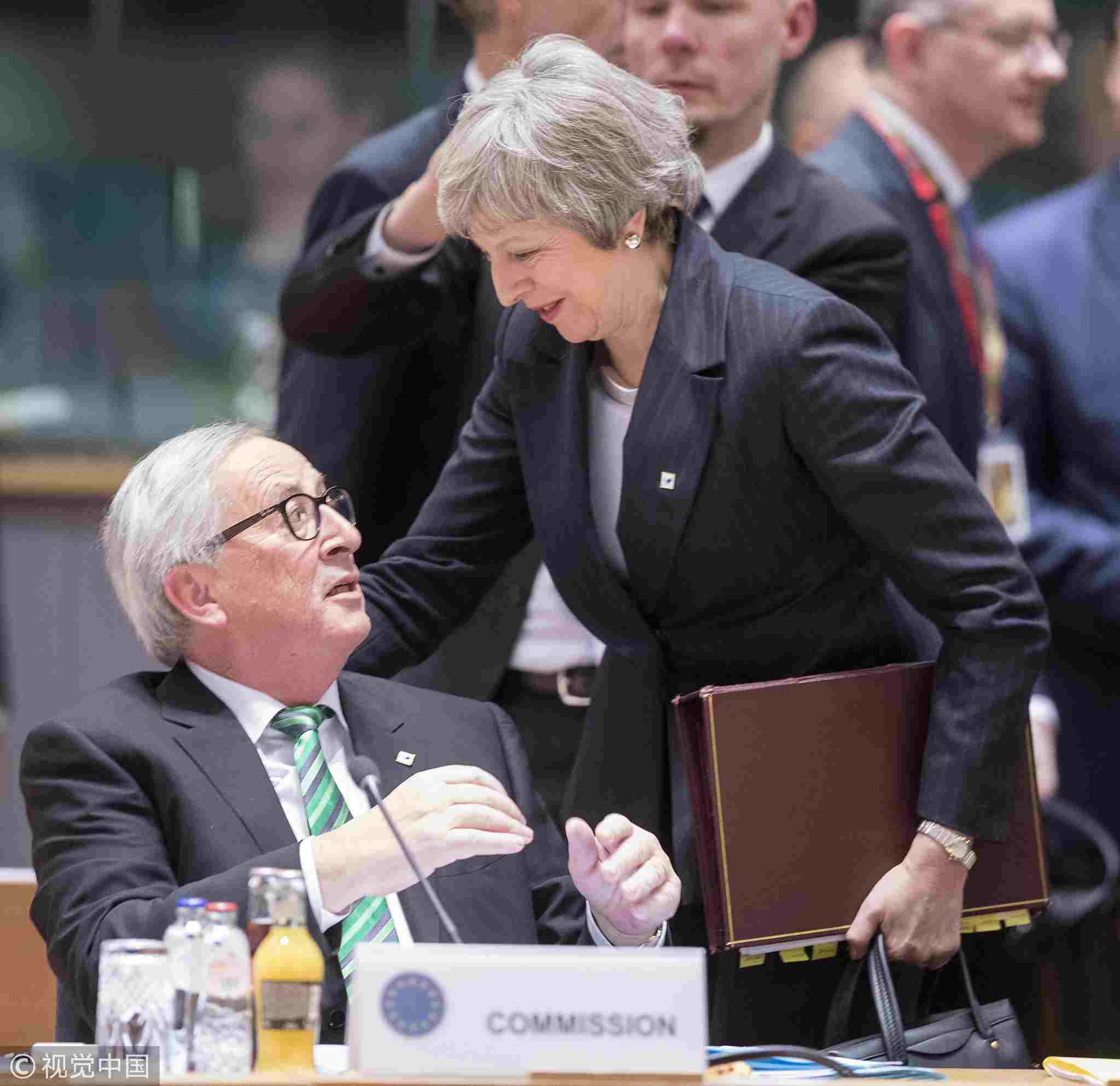 President of the European Commission Jean-Claude Juncker talks with the UK Prime Minister Theresa May during the EU summit on December 13, 2018, in Brussels, Belgium. /VCG Photo

President of the European Commission Jean-Claude Juncker talks with the UK Prime Minister Theresa May during the EU summit on December 13, 2018, in Brussels, Belgium. /VCG Photo

Except for creating another Brexit headline and stimulating a further drop of the pound, this new episode of British drama is no help to disentangling the mess of Brexit and British politics. Despite the scale of dissatisfaction of May's leadership, her party decided to “let her finish her job,” to prevent further chaos of the party which would eventually lead to a Corbyn government, which is the Party's worst fear.
Even though the failed “coup” could, in theory, ensure May's position in the party is safe for the following year, but her position is by no means strengthened. May is still a very weak PM, steering a small “Brexit” boat in stormy seas for an uncertain future.
The division within the Conservative Party had already been made public through a succession of cabinet resignations and attempted challenges against May's leadership position. However, the withdrawal agreement has driven the division further to the point of beyond reconciliation.
In addition, this failed “coup” has played no positive role in resolving any of the existing problems within the Conservative Party and has added more uncertainty to the “meaningful vote” in the coming weeks.
The agreement is a non-starter to all sides. Parties in opposition, including Labour (except for a handful of die-heart Brexiteers), the Scottish National Party and the Liberal Democrats, will oppose the agreement based on different political calculations while the radical Brexiteers within the Conservative Party think the Irish backstop as a huge trap that will lock in Britain as a vassal state of the European Union. 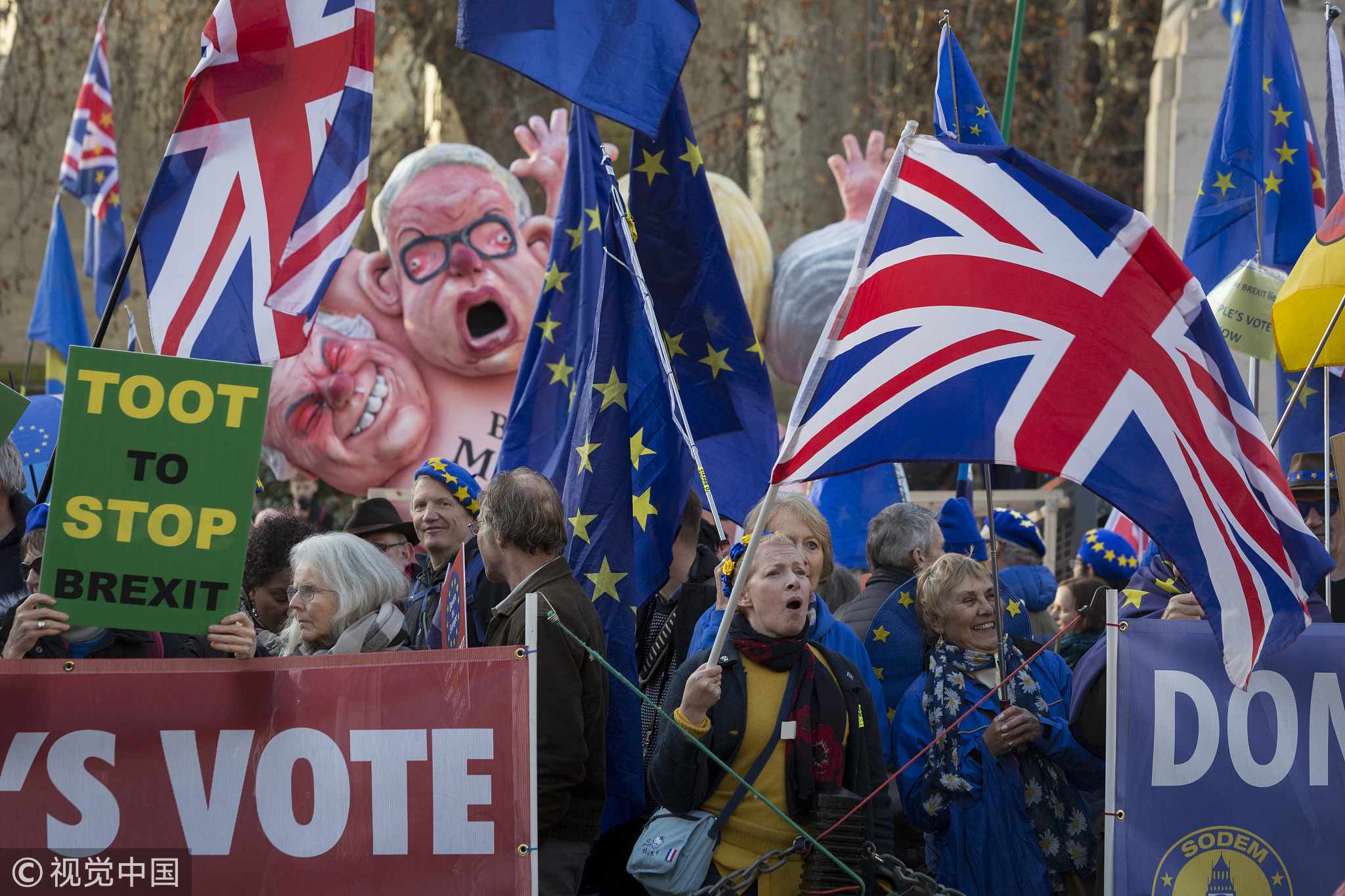 Pro-EU remainders protest opposite the Houses of Parliament in London, ‍UK on December 11, 2018. /VCG Photo

Pro-EU remainders protest opposite the Houses of Parliament in London, ‍UK on December 11, 2018. /VCG Photo

The Northern Ireland Democratic and Unionist Party (DUP), which is now supporting the Conservative Party in Parliament, also thinks the Northern Ireland backstop unacceptable. With the enormous opposition in mind, Theresa May is again touring the EU in the hope of getting something to pacify angry MPs back home. However, whether this “renegotiation” could in any way satisfy opponents is a big question.
Firstly, there is little the EU could do to help. As stated clearly by EU leaders, the “renegotiation” is by no means re-opening withdrawal negotiations, rather a “clarification.” Therefore any reassurance the EU is willing to give is not as legally certain as many opponents would like to have. Consequently, it is possible that radical Brexiteers and DUP might not be content with the result.
Secondly, it should be kept in mind that so far the “meaningful vote” is the biggest leverage the Parliament has for inserting real impact on the Brexit process. Though the Parliament, including the lower and upper House, has strong opinions on Brexit, the process is until now absolutely dominated by May, and the Parliament has repeatedly voiced the aversion to May's approach. 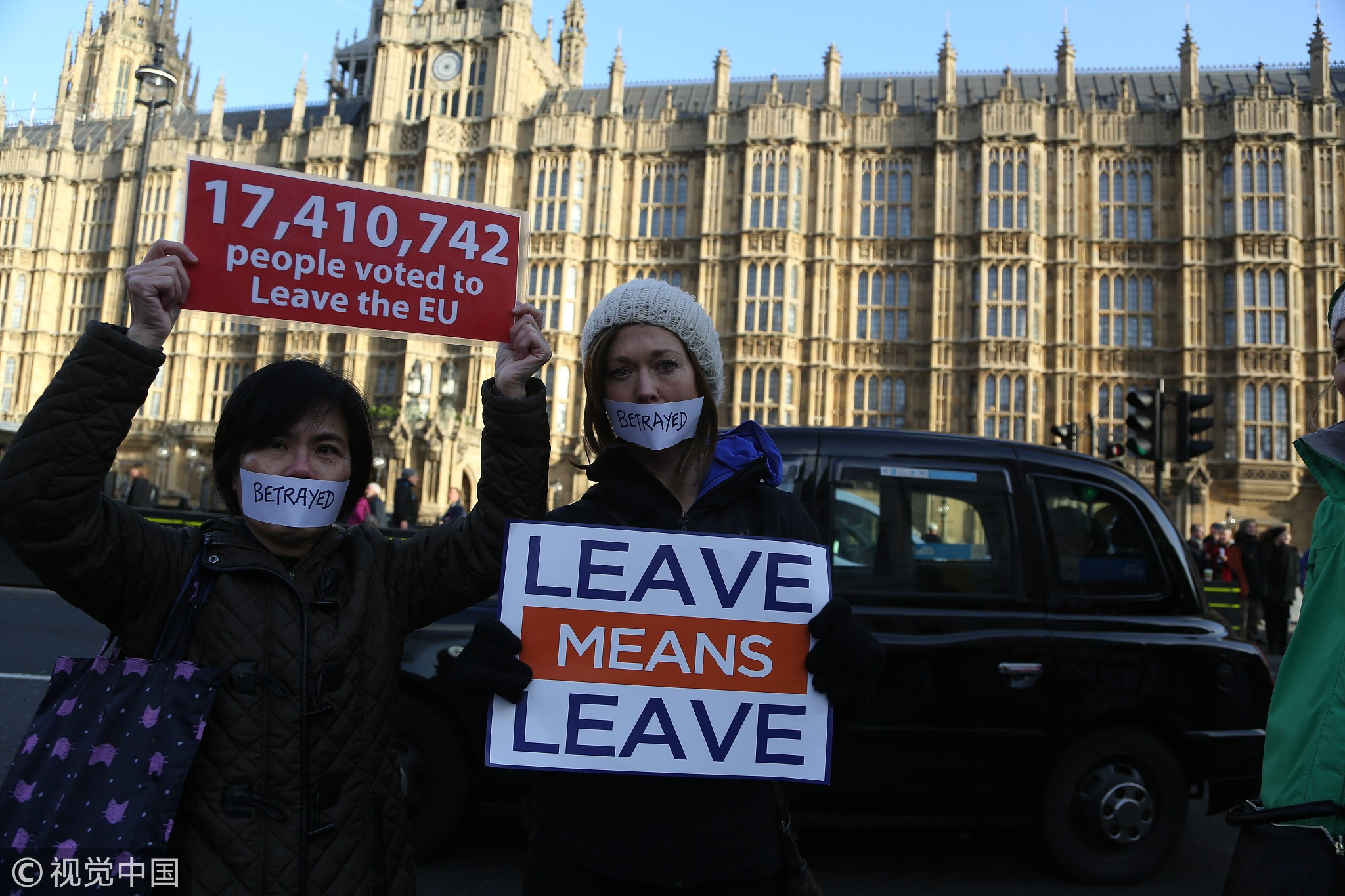 Once the withdrawal agreement is passed, the Parliament will lose its final chance to “meddle with” the exit phase of the Brexit process. In this context, it is conceivable that all factions and vested interest in the Parliament will use the vote as a last chance to “do the last fight.”
Therefore, despite the withdrawal agreement and the political declaration of the future relationship, the uncertainties surrounding Brexit are not reduced a bit. For now, the biggest suspense comes from the possibility of Parliament voting down the agreement.
Once it follows that scenario, the future of Brexit and Britain's future will be an even messier picture. A second referendum, a general election or a no-deal Brexit are all possible. The Brexit drama is to be continued.
(If you want to contribute and have specific expertise, please contact us at opinions@cgtn.com.)