China's Gen Z: Patriotic and no longer looking up to West
By Zhou Minxi 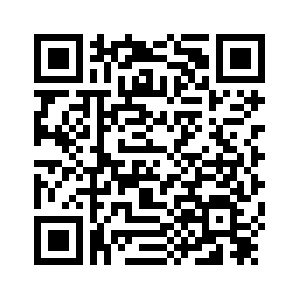 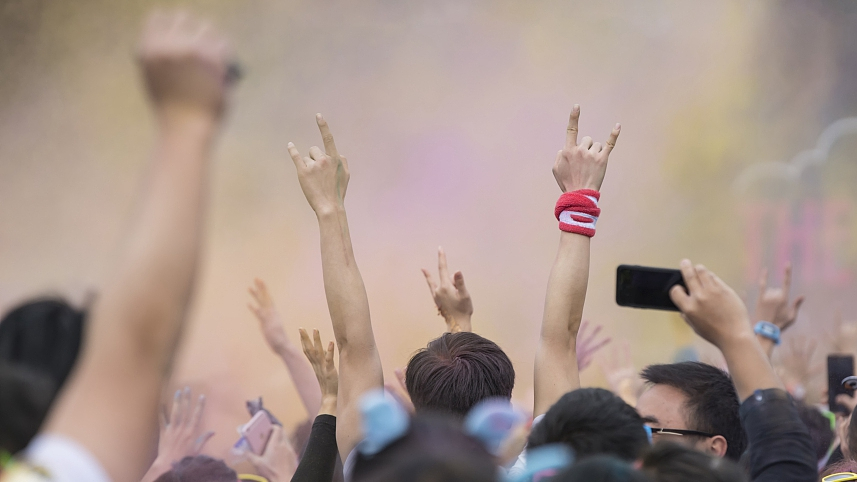 Exactly a century ago, young people in China fought for sweeping changes. Specifically, they wanted China, downtrodden and defeated at the turn of the 20th century, to become a modern country like the industrialized West and Japan.
The waning elites in the last days of Qing Dynasty realized that China must "learn from the foreigners in order to beat them." And with that understanding, the first Chinese students set off on their overseas journeys.
The returnees brought back new ideas and knowledge. A new generation of Chinese intelligentsia was convinced that the only way to save their country from the double whammy of feudalism and colonialism was to do away with outdated Confucian thinking and adopt modern Western values, particularly science and democracy.
This "New Culture Movement" reached a climax on May 4, 1919 when angry students protested the violation of China's sovereignty by the Treaty of Versailles after WWI.
It was an awakening that had profound impact on the nation's history. In a speech commemorating the centenary of the May Fourth Movement on Tuesday, Chinese President Xi Jinping hailed the movement's spirit of patriotism and called on today's youths in China to strive for national rejuvenation. 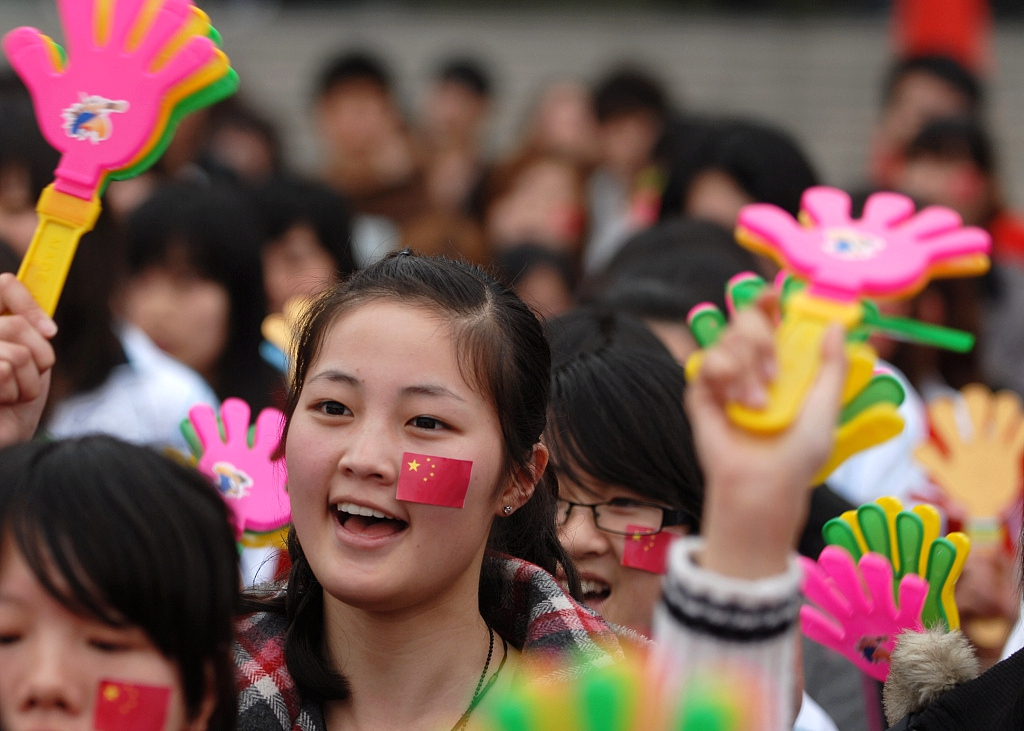 If the May Fourth generation had to look to the West for answers to China's problems, it appears the tide today has changed.
For decades, U.S. foreign policy makers argued that as China opens up, more exposure to the West would lead it to embrace Western values and political system. But in fact, not only has China followed its own path, it is also rejecting the Western model exemplified by the U.S.
In 2017, the Wall Street Journal claimed that "Chinese exceptionalism" is the new challenge to U.S. power, saying the Chinese now see their country as ascendant and America in decline.
It is a common sentiment shared by older Chinese millennials who have spent time in the West that, as the WSJ quoted a scholar as saying, "If you don't go abroad, you don't actually know how great China is."
Last year, a survey of young people in China jointly conducted by China Youth Daily and the Communist Youth League of China showed that Chinese youths possess a high degree of national identity. An overwhelming 96.1 percent of the respondents expressed that they "often feel proud of China's accomplishments," while 92.9 percent believed the country is moving in a good direction. 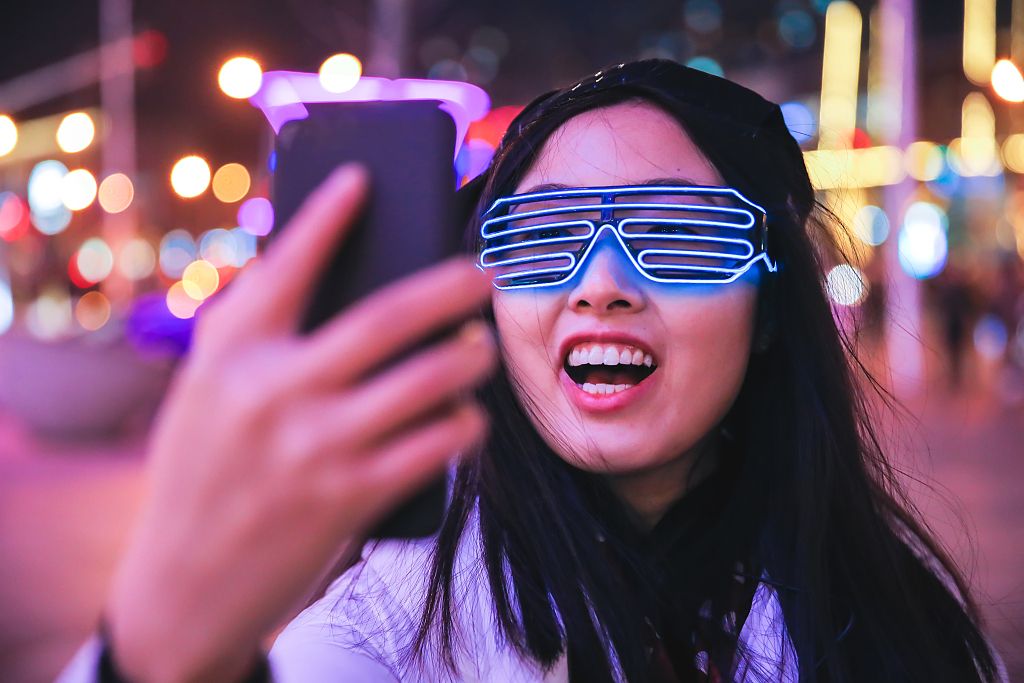 A Chinese girl takes a selfie with her phone. /VCG Photo

A Chinese girl takes a selfie with her phone. /VCG Photo

While these sentiments are often dismissed in the West as being "brainwashed" due to censorship, some have argued it is actually people in the West who have such a limited understanding of China through the media.
On the other hand, China's tech-savvy youths today have grown up exposed to Western consumerism and popular culture, and as a result eager to know more about those countries and the outside world. Yet what they see both in the news and on the ground during travels may not be the "city on the hill" that many of their predecessors had revered.
Zak Dychtwald, CEO of Young China Group, author of "Young China: How the Restless Generation Will Change Their Country and the World," cited China's economic miracle as a big factor in young people's national pride.
"There's the sense that they don't want to westernize as they modernize. What they witness in their lifetime is this rags-to-riches story without parallel on the world stage. And they feel that exceptionalism. They are proud of that," Dychtwald said during an interview with CGTN America. 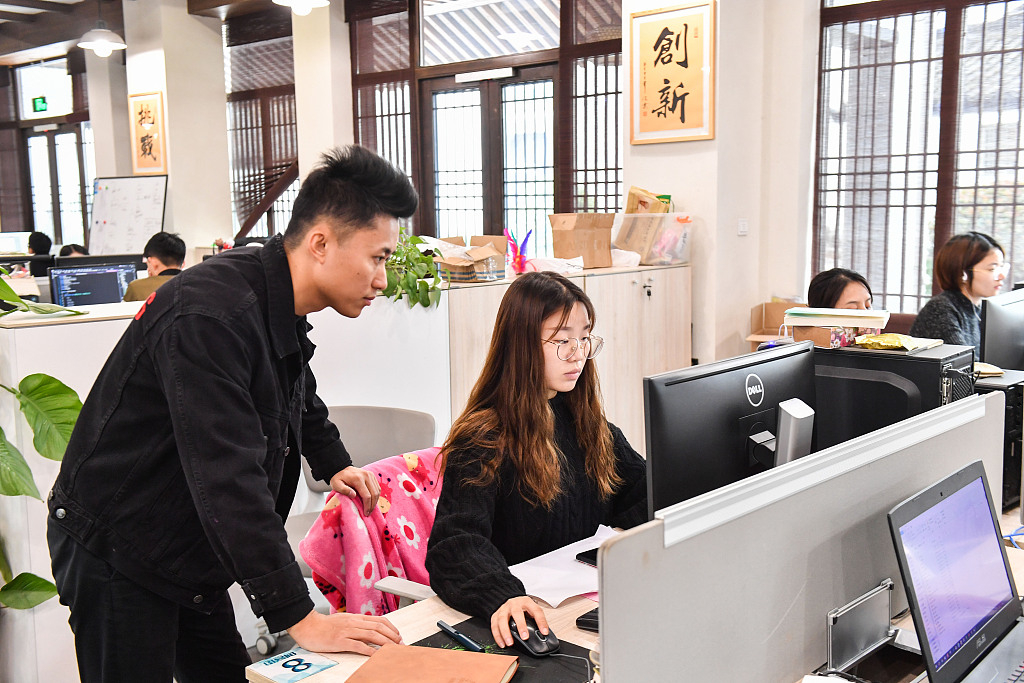 A new survey focused particularly on the "Generation Z" in China found this younger generation coming of age in the last decade express remarkable optimism in their own and their country's future. A significant number of those polled felt they have a responsibility to make China a strong country, something that they care personally, and a majority believe success comes from hard work.
Meanwhile, watching the unfolding of world events like Brexit, France's Yellow Vests protests, Trump presidency and the partisan fighting in the U.S. has more or less undermined confidence in some of the leading Western democracies. This by contrast reinforces the view in China that the country is doing something right.

Data shows what Chinese born after 2000 think of China and themselves. /CGTN Photo designed by Li Wenyi

Data shows what Chinese born after 2000 think of China and themselves. /CGTN Photo designed by Li Wenyi

A century after China first imported the idea of democracy, many are now wondering whether Western democracy faces a crisis at home.

What young people in the West are saying

The latest Harvard IOP Youth Poll, the most comprehensive of its kind in the U.S., found young people between the ages of 18 and 29 are experiencing anxiety, don't think older voters or elected officials care about them, and are increasingly concerned about the moral direction of the nation.
For more perspective, I asked under-30 netizens from North America and Western Europe in a small survey via social media what they think of their country and the direction it is going.
Among some 200 respondents, 67 percent felt things are getting worse in their countries; 20 percent said they wanted to emigrate or have already emigrated; less than 10 percent believed things are getting better.
Some of the chief complaints from those polled include "political divides," "corporation control," economic and social inequalities. Others mentioned student debts and healthcare.
"The last few years everyone's been losing their minds," said Derek from the U.S. "Political divides are becoming more pronounced. The parties are polarizing themselves and demonizing each other as if we're heading to war."
Jessie from Canada said even though she wouldn't want to live anywhere else, she felt that politically, things are "a mess."
Seth said infrastructures in America's towns are falling apart: "Taxes are already being paid but lots of things are in shambles."
Interestingly, one user named Alexandre who moved to France from Tunisia at 18, said now things started to get better in Tunisia whereas the opposite happened in France.
It is not all doom and gloom. Serena from the U.S. said people are standing up for the rights of others including people of colors, LGBT community and women more than ever before. "It's getting better and will continue to do so," she said.
Some people also attributed these results to the ways globalized media today have shaped the views of the audiences, who tend to hear about problems all the time and take for granted the progress made.
"Everyone's expectations have gone through the roof while their appreciations have fallen through the floor," one said.