Opinion: Far-right anti-Semitism is rising in US
Tom Fowdy 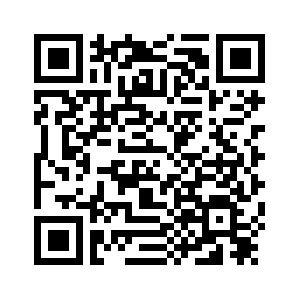 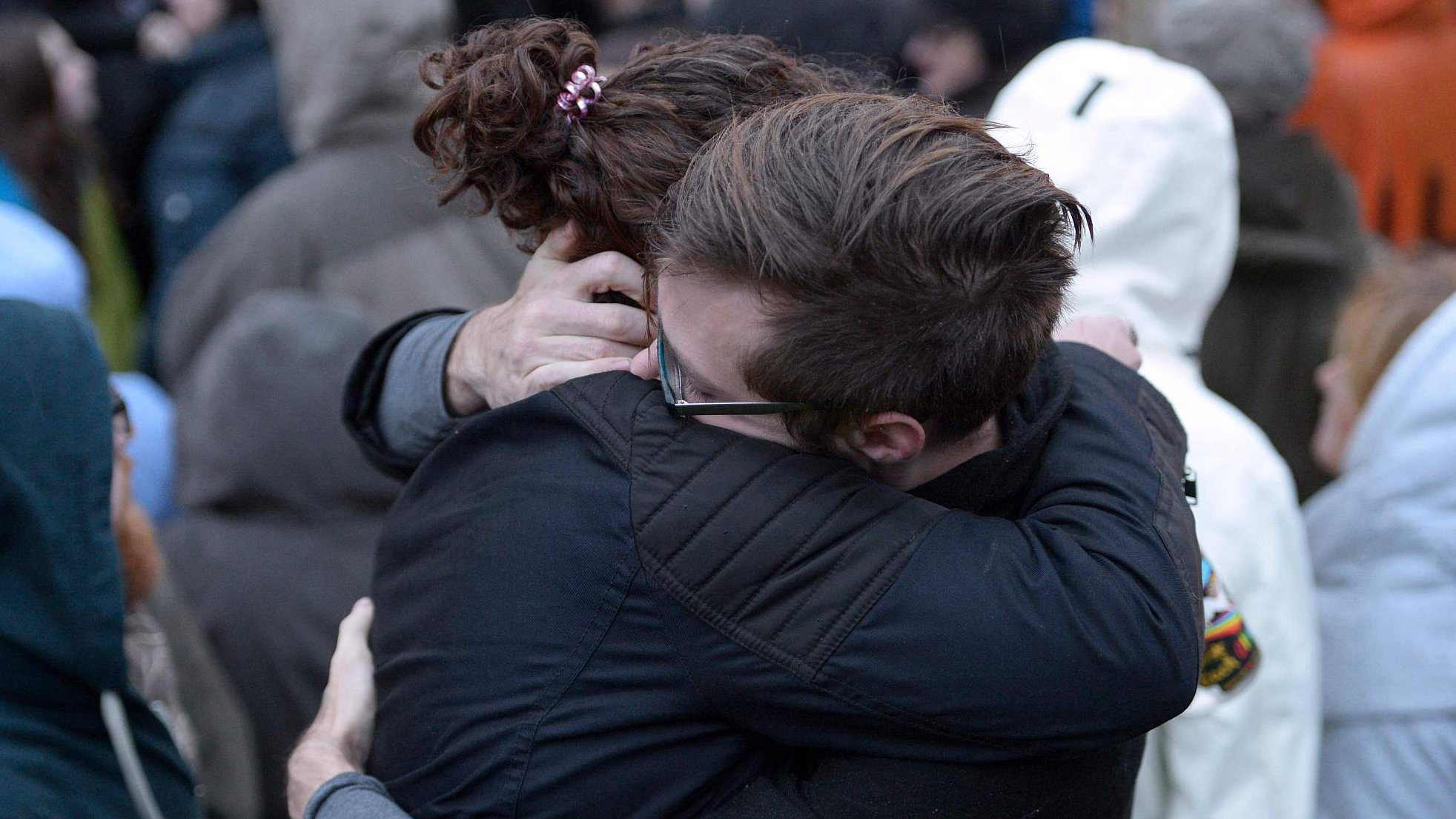 Editor's Note: Tom Fowdy is a UK-based political analyst. The article reflects the author's views, and not necessarily those of CGTN.
Saturday marked the occurrence of yet another tragic mass shooting in the US as a gunman opened fire in a synagogue in Pittsburgh, Pennsylvania, taking the lives of 11 people.
The arrested suspect, named as 46-year-old Robert Bowers, had sought specifically to target Jewish people, being purported to hold a long history of association with white supremacy and anti-Semitism.
Whilst mass shootings in the US are commonplace to the point that they are no longer surprising or shocking to the average observer, despite their horrific nature, this particular massacre stands out in a sinister way. It is a manifestation of a resurgence of anti-Semitism within the right-wing fringes of Western countries, not least the US.
As US politics has taken on an increasingly extreme and racialized character, Jewish people have re-emerged as legitimate targets for resentment and political grievances. It is a form of hatred which must be stopped and challenged at every opportunity, with dire consequences lying ahead otherwise. 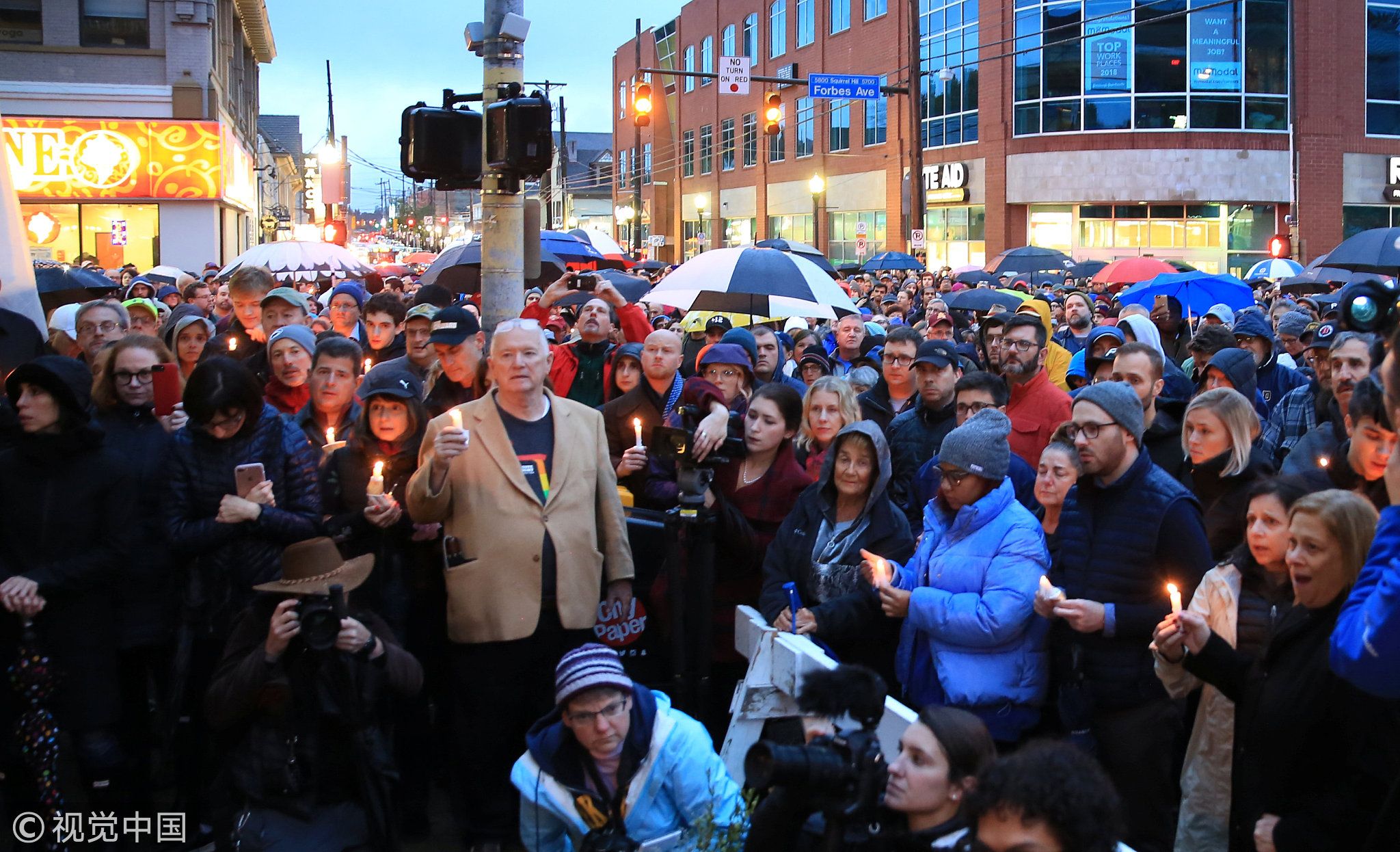 People gather to mourn the loss of lives as they hold a vigil for the victims of Pittsburgh synagogue shooting in Pittsburgh, Pennsylvania, the US, on October 27, 2018. /VCG Photo

People gather to mourn the loss of lives as they hold a vigil for the victims of Pittsburgh synagogue shooting in Pittsburgh, Pennsylvania, the US, on October 27, 2018. /VCG Photo

Since the decline of Christian morality as a fighting force in US politics, the American right movement has been colonized by a pathological nationalism and racially-driven populism which took hold throughout 2015-2016. The presidency of Donald Trump is a direct consequence of this broader political shift, but nevertheless only a mere component of it.
Anti-Semitism is but another and with this movement, hatred of Jews has amplified accordingly under the subtle banner of "anti-globalism", which works as a mask for repeating anti-Semitic themes and assumptions of the past in more subtle ways.
For example, the erroneous belief that the Jews are a suspicious and external group who are inherently disloyal to any nation, are overly associated with financial institutions and thus seek to establish a "global order" under their own influence.
This subtle anti-Semitism as "anti-globalization" has been spreading most notably through the fixation on billionaire businessman George Soros. Soros, of a Jewish origin and lucky to escape the Holocaust in Hungary as a young boy, has become a bogeyman of modern anti-Semites who portray him as a sinister figure seeking to utilize his wealth to influence progressive political movements around the Western world. 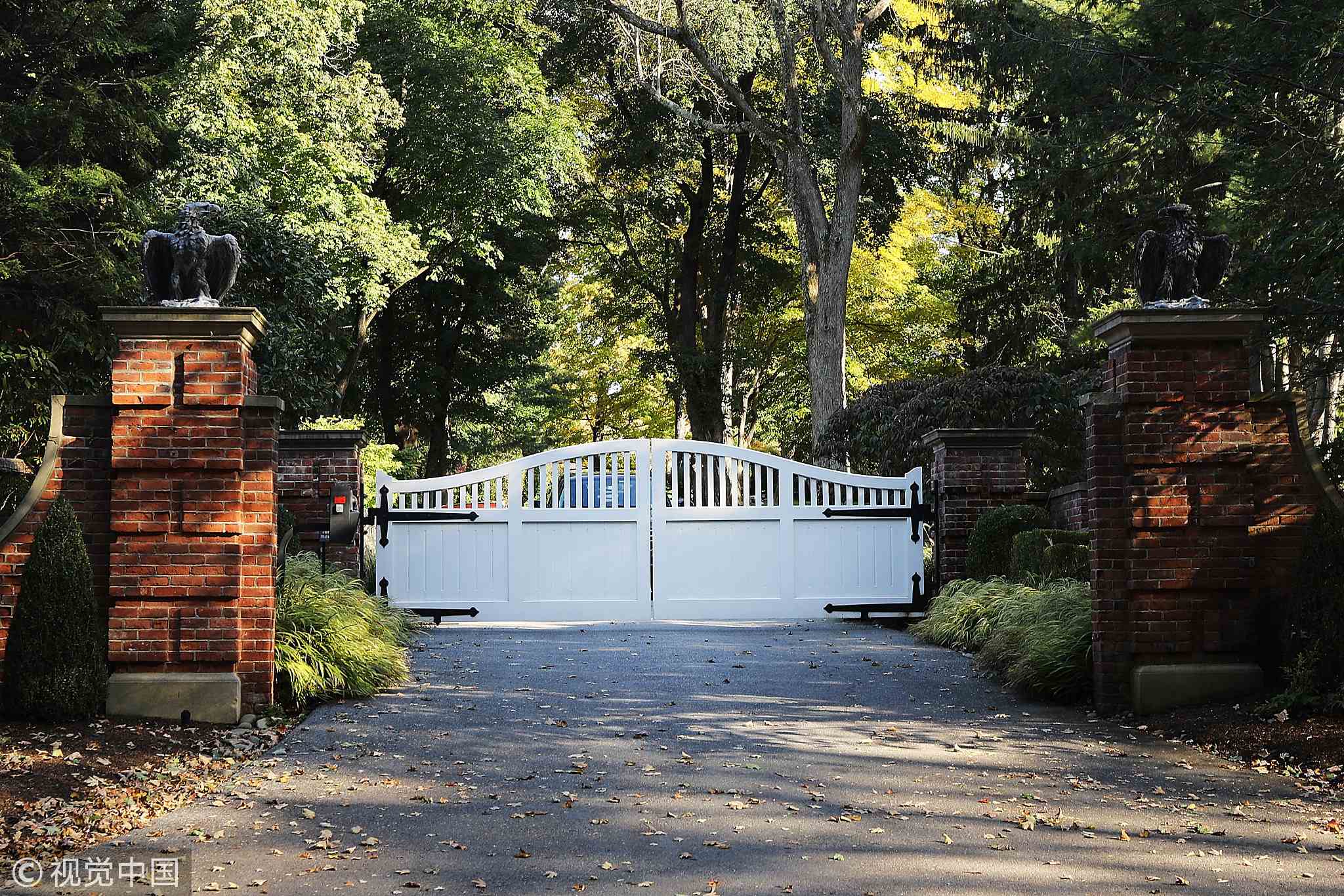 A gate sits closed at the Bedford residence of Soros in New York on October 23, 2018. /VCG Photo

A gate sits closed at the Bedford residence of Soros in New York on October 23, 2018. /VCG Photo

It has been taken to highly irrational levels. If there is a left-wing protest at a given event, then the thinking goes that Soros must be behind it. Such anti-Semitism has spread from the United States to the English right, where right-wing populist figures such as Nigel Farage and Raheem Kassam have been quick to advocate the Soros Bogeyman. It is blatant anti-Semitism, fueled by age-old stereotypes and logical facilities centered on an ethnic identity.
As a result, one should not be surprised that this kind of rhetoric has transformed into hatred and even violence in the form of today's attacks. It is nothing short of a direct product of US toxic political climate and the march of highly racist and aggressive rhetoric into the political mainstream.
Whilst Trump himself is not an anti-Semite and has done nothing directly to be associated with this trend or to openly encourage it, one should not ignore the fact he has ridden into power on the wave of those who are advocating it.
For anti-Semites and anti-Jewish conspiracy theorists, his rhetoric has been emboldening. His talk of "Making America Great Again," his deep abiding suspicion of multilateralism and assault on international organizations, his suggestion of a so-called "deep state" and secret elites have all served as dog whistles to encourage the thrive of anti-Semitism thinking. US politics is pathological and is a breeding ground for all kinds of prejudices and hatreds alike. 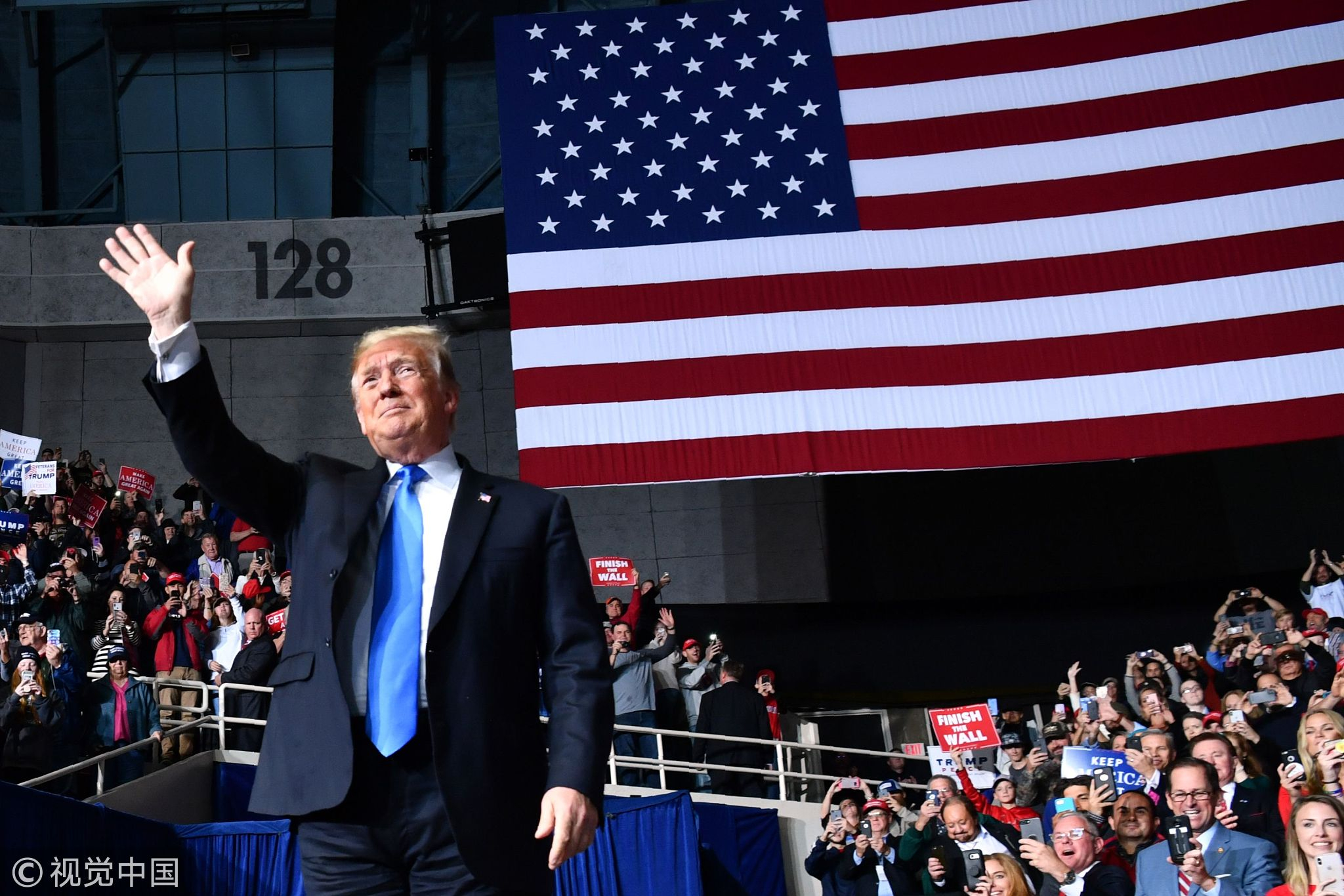 Therefore, whilst the inevitable outcry about a lack of gun control will get nowhere thanks to the Republicans, mainstream Americans have a duty to respond to this attack by taking a tough stance against anti-Semitism and the conspiracy-driven thought which leads to it.
Millions of Jews chose the United States as a home to flee persecution and horror in Europe. It has been a society which has empowered Jews and allowed the rise of many successful within the faith in a range of sectors, including film, academia, science and so on.
There must be a sense of moral urgency to confront the rise of anti-Semitism across the right. That also very much involves challenging the morally decrepit presidency which is happy to allow all forms of hatred and prejudice to thrive, unchecked, for its own political gains. The mistakes of the past and the persecution of Jews must never be allowed to happen again.
(Cover photo: People hug in remembrance of those who died in a synagogue shooting in the Squirrel Hill neighborhood of Pittsburgh on October 27, 2018. /VCG Photo)
(If you want to contribute and have specific expertise, contact us at opinions@cgtn.com.)