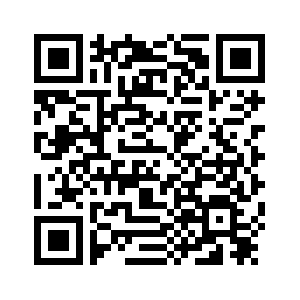 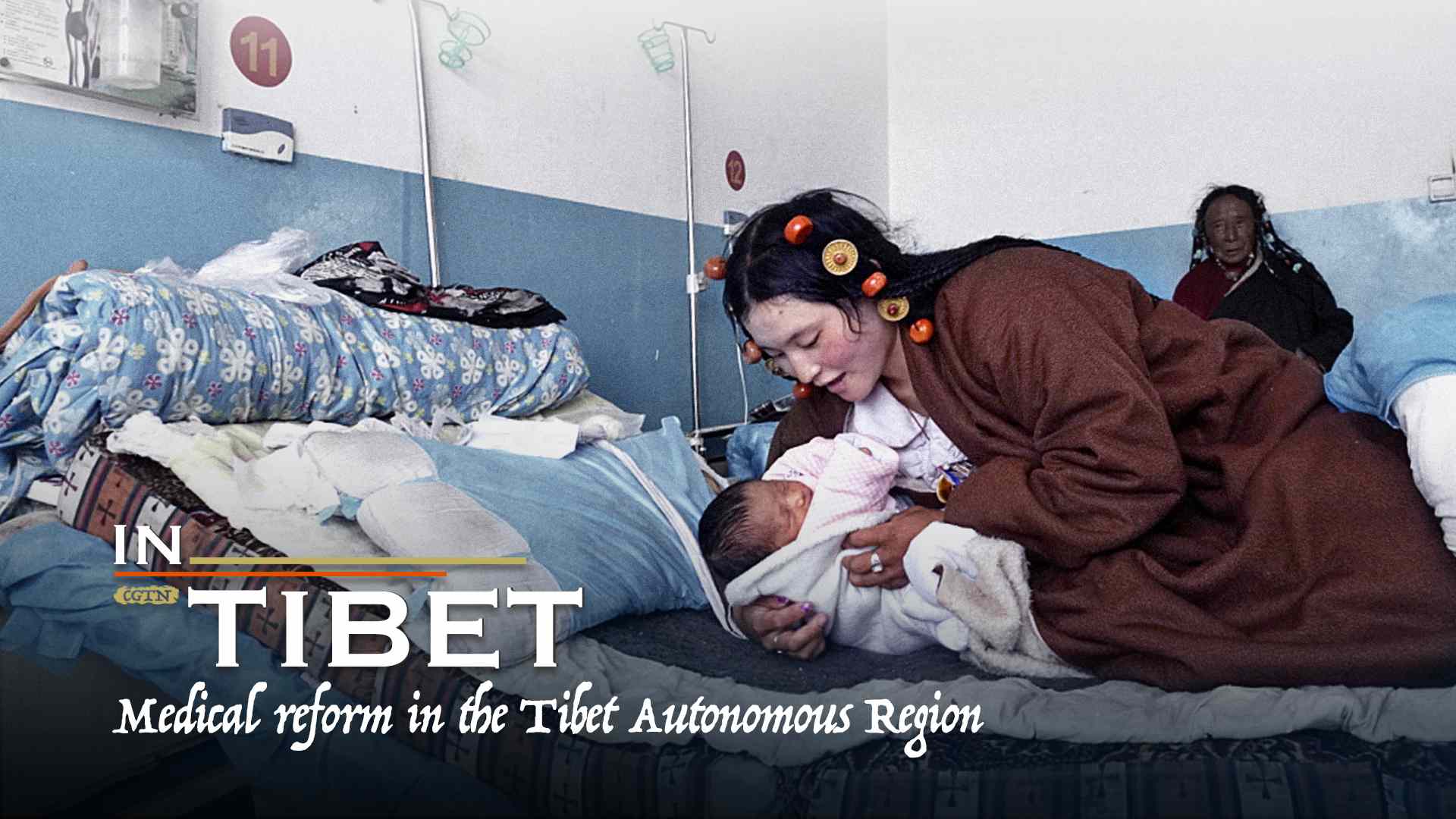 During 60 years of democratic reforms, people in China's Tibet Autonomous Region have enjoyed better medical and health services.
The region has gradually seen a medical service network covering both urban and rural areas, and established a basic medical insurance system.
It has witnessed a large increase in the number of medical institutions, medical services and life expectancy, with decreases in maternal and infant mortality as well as medical costs. 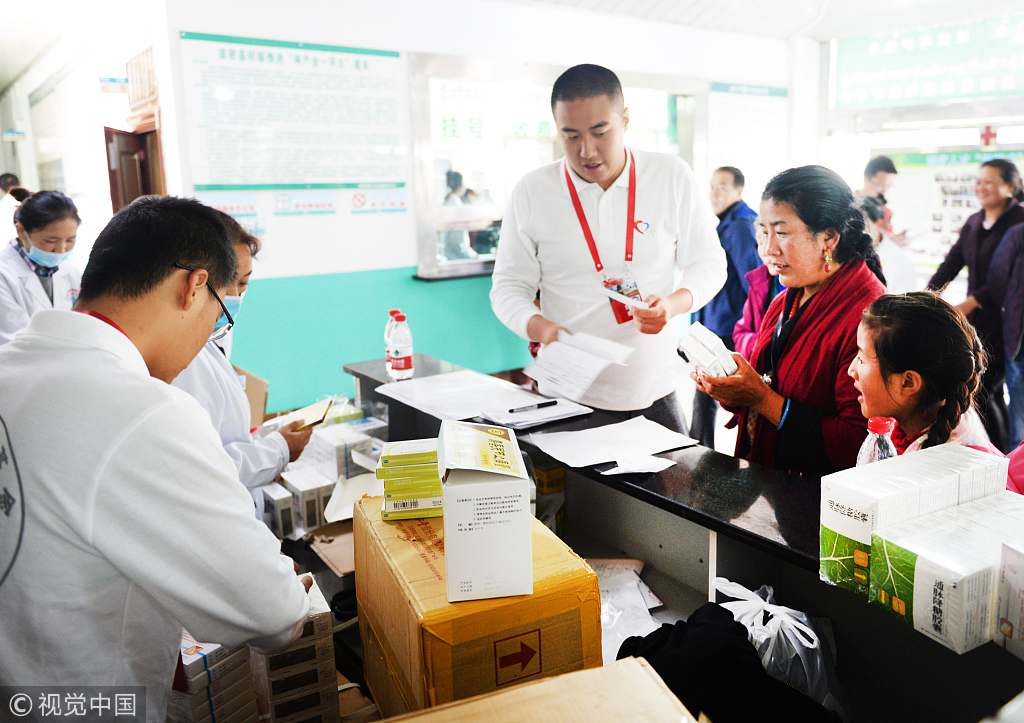 Before the peaceful liberation of Tibet in 1951, there were no modern medical institutions in the region, with only three poorly-equipped government-run Tibetan medical institutions and a small number of private clinics.
Less than 0.4 medical staff was available per 1,000 people.
After the peaceful liberation, especially the democratic reforms, medical facilities, personnel and institutes have progressed by leaps and bounds.
Measures were taken to prevent diseases and brought under control certain diseases that seriously endangered people's health.
Since the 1960s, smallpox has been eradicated in Tibet, and the incidence of various infectious and endemic diseases has dropped dramatically.
There were a total of 6,826 medical and health institutions by 2018, a large increase from 62 in 1959.
16,100 sickbeds and 33,413 medical personnel were available in the region in 2018.
The rate of in-hospital births was only 15.61 percent in 1999, but the figure increased to 92.48 percent in 2017.
In-hospital delivery has significantly reduced maternal and infant mortality. 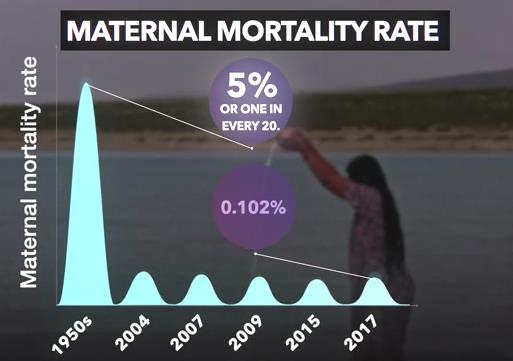 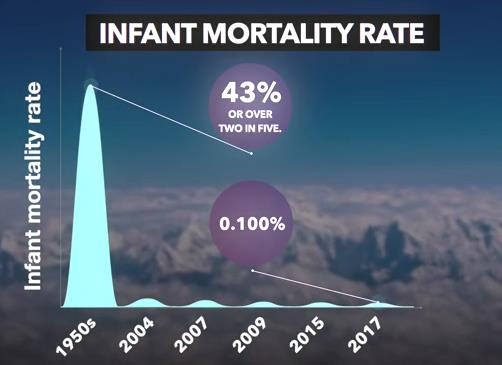 Making medical treatment affordable and accessible may be the most basic expectation people have for medical reform.
In 2015, county-level public hospitals in the Tibet Autonomous Region canceled drug markups, and prefecture-level public hospitals canceled drug markups since August 31, 2017, making drug prices drop by an average of about 13 percent.
The special procurement of anti-cancer drugs for the whole region has been completed, covering 559 drug specifications in 180 varieties, with the biggest price reduction of 30.37 percent, significantly easing the patients' burden.
To better allocate medical resources, Tibet promotes hierarchical diagnosis and speeds up the construction of medical treatment partnerships. 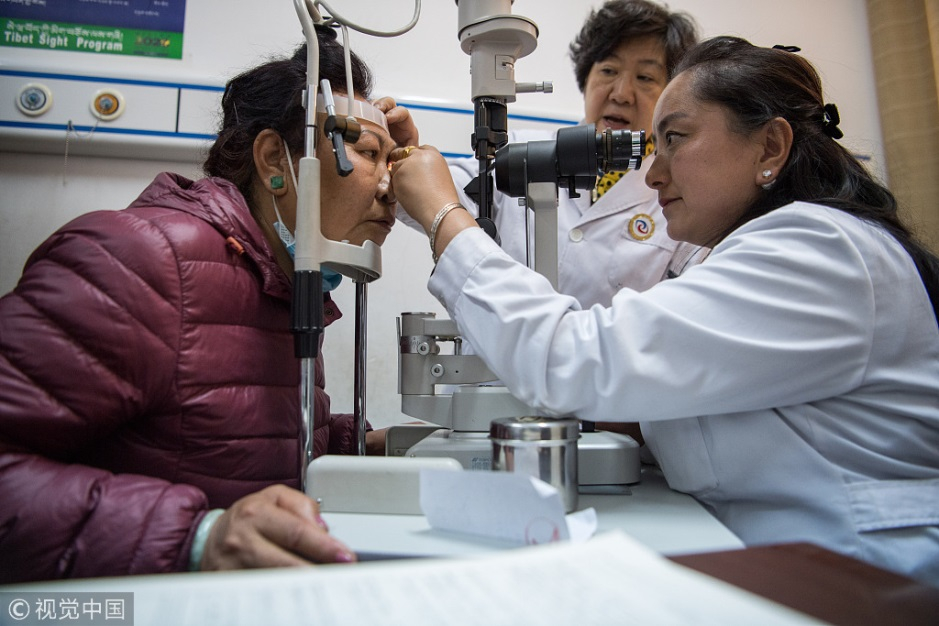 Pilot projects will be implemented in 2019 to improve the clinical service capacity of 148 basic medical institutions in the region.
Fourteen tertiary comprehensive hospitals and 42 secondary ones in Tibet have participated in the medical treatment partnerships.
A total of 9,705 teams of family doctors have been set up in the region, with more than 1.7 million people signing contracts. The coverage of contracted family-doctor services has reached 52.91 percent.
Family doctors provide regular or on-demand door-to-door services. Based on the contracts, they'll provide services including disease prevention, chronic disease detection, telephone counseling, home visits, dietary guidance, healthcare education and the regional hospital referral escort service. 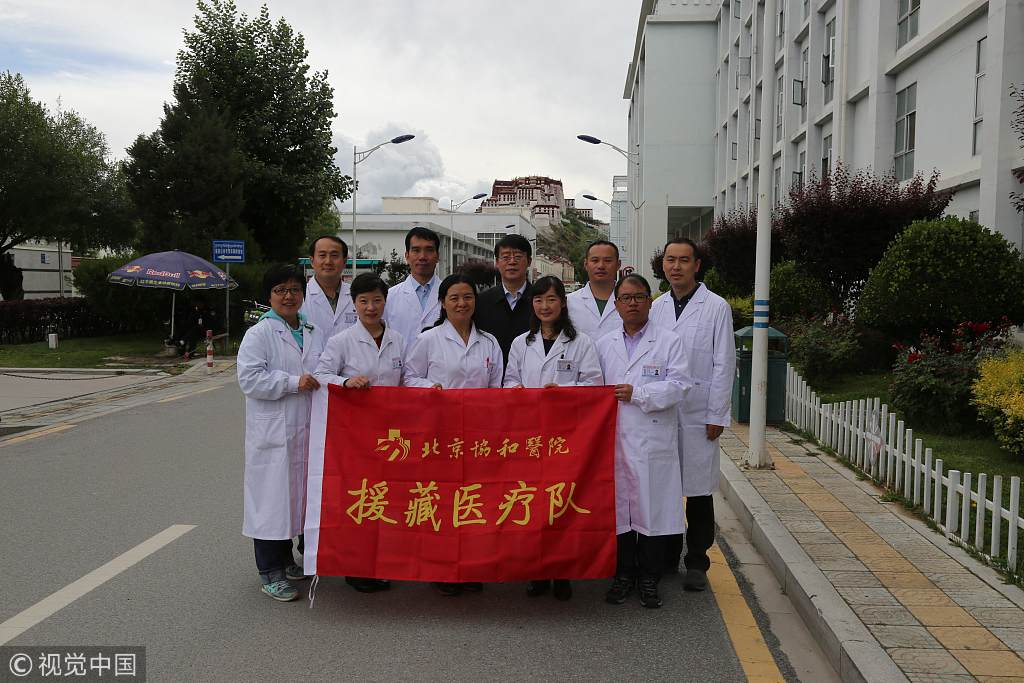 China has also steadily forged ahead in medical personnel support to Tibet.
By the end of 2018, four batches of 699 experts had been sent to eight hospitals in Tibet. So far, 332 kinds of severe illness can be treated within the autonomous region, 1,914 "medium" illnesses treated in prefecture-level cities and common "minor" ones within the county.
With the improvement of medical conditions, the average life expectancy has increased.
The life expectancy of ethnic Tibetans increased from 35.5 years in 1951 to 68.2 years in 2015, and is expected to reach 70 years by the end of 2020.
(Video edited by Geng Zhibin)