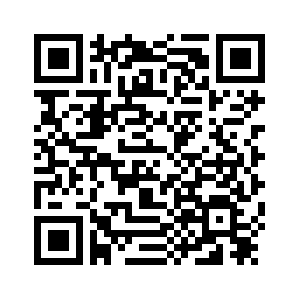 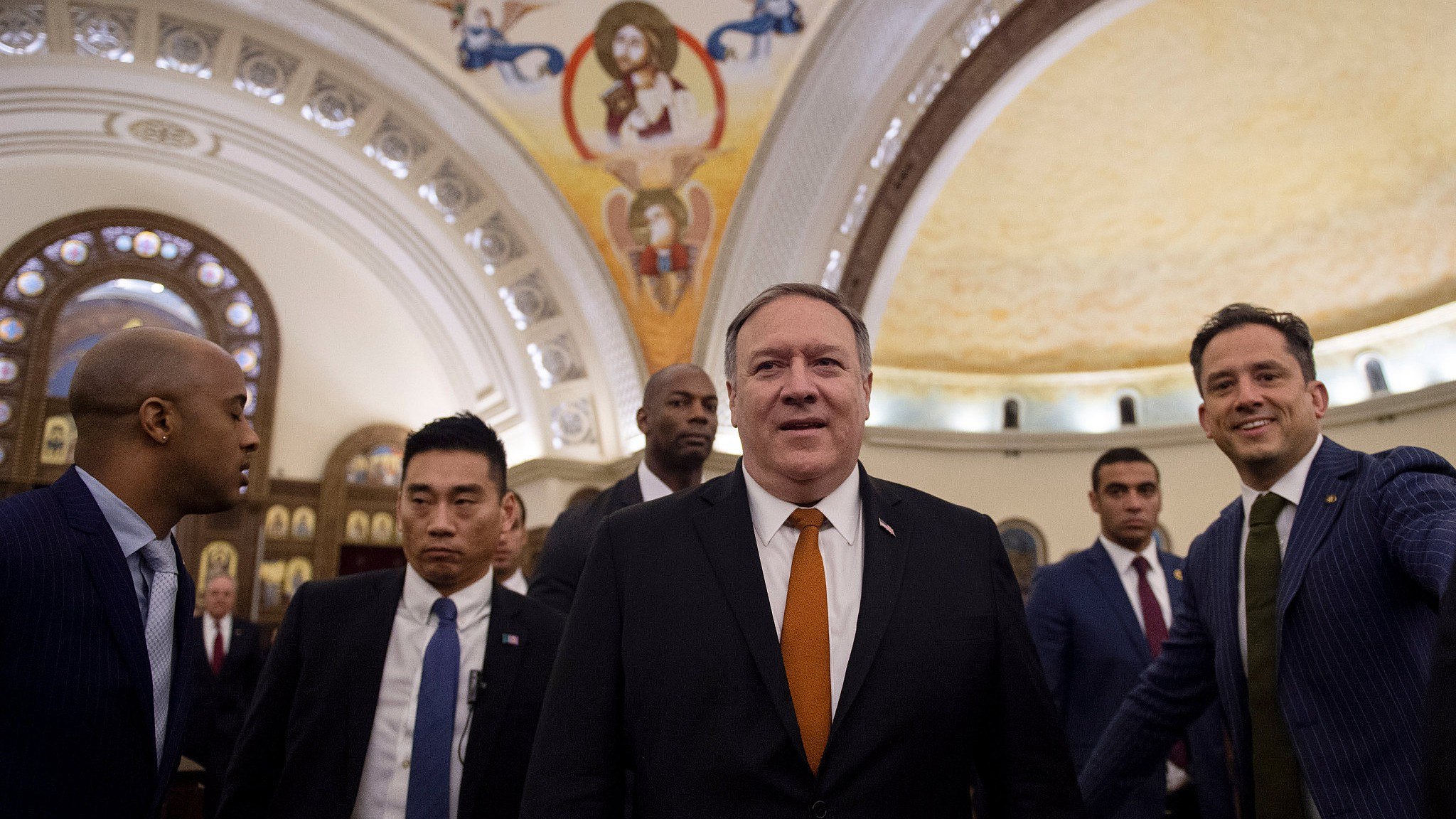 Editor's note: Hisham AbuBakr Metwally is the first economist researcher at the Central Department for Export and Import Policy under the Egyptian Ministry of Foreign Trade and Industry. The article reflects the author's opinions, and not necessarily the views of CGTN.
On January 8, the U.S. Secretary of State Mike Pompeo started his visit to nine countries in the Middle East, including Jordan, Iraq, Bahrain, Qatar, Saudi Arabia, Oman and Kuwait.
The visit comes after U.S. President Trump announced the U.S.' withdrawal from Syria and left his Kurdish allies alone in Syria, disturbing Saudi Arabia, Israel and the European Union, especially France and Germany.

What does the U.S. want from this visit?

Since the discovery of oil in the Middle East, the United States has included this area within the U.S. national security zones. It has established several military bases in Saudi Arabia, Kuwait, Qatar and elsewhere, as well as sent aircraft carriers and battleships to protect navigation and ensure oil access.
But since the beginning of 2000 and the discovery of rock oil, the United States has developed this area quickly and become close to being an oil exporter instead of an oil consumer. The region is no longer as important to the United States as before, therefore the country rejected direct intervention in Yemen and Libya, and decided to withdraw from Syria.
With the mounting tone of Trump's "America First" rhetoric, the situation is different now and the allies no longer matter. The trade dispute between the U.S. and its natural allies: the European Union, Canada and Mexico, is a case in point, let alone its abandonment of the Kurds, Saudi Arabia and Israel in the Syrian conflict.
So what are the reasons behind the U.S. Secretary of State's visit to the region?
First, to reassure the U.S. allies in Syria and Saudi Arabia that the withdrawal is only a tactical withdrawal, and that the United States will continue to support its allies in the region. With the U.S. announcement of withdrawal, fears increased that Turkey would exploit the withdrawal and strike Kurdish forces in Syria and try to eliminate them.
Syrian government and Russia could exploit this withdrawal to seize the oil fields controlled by the U.S. forces and thus achieve substantial revenues that would enable them to regain their strength and impose influence throughout Syrian territory.
As for Iran, the withdrawal would give it the opportunity to expand its influence in Syria and link its forces in Iraq to Syria in Lebanon, posing a serious threat to both Saudi Arabia and Israel.
Pompeo said that Iran dreams of controlling the Middle East, pointing out that the Iran uses the Lebanese Hezbollah as puppets, because it "collected and stored many weapons in Lebanon, in flagrant violation of international law." 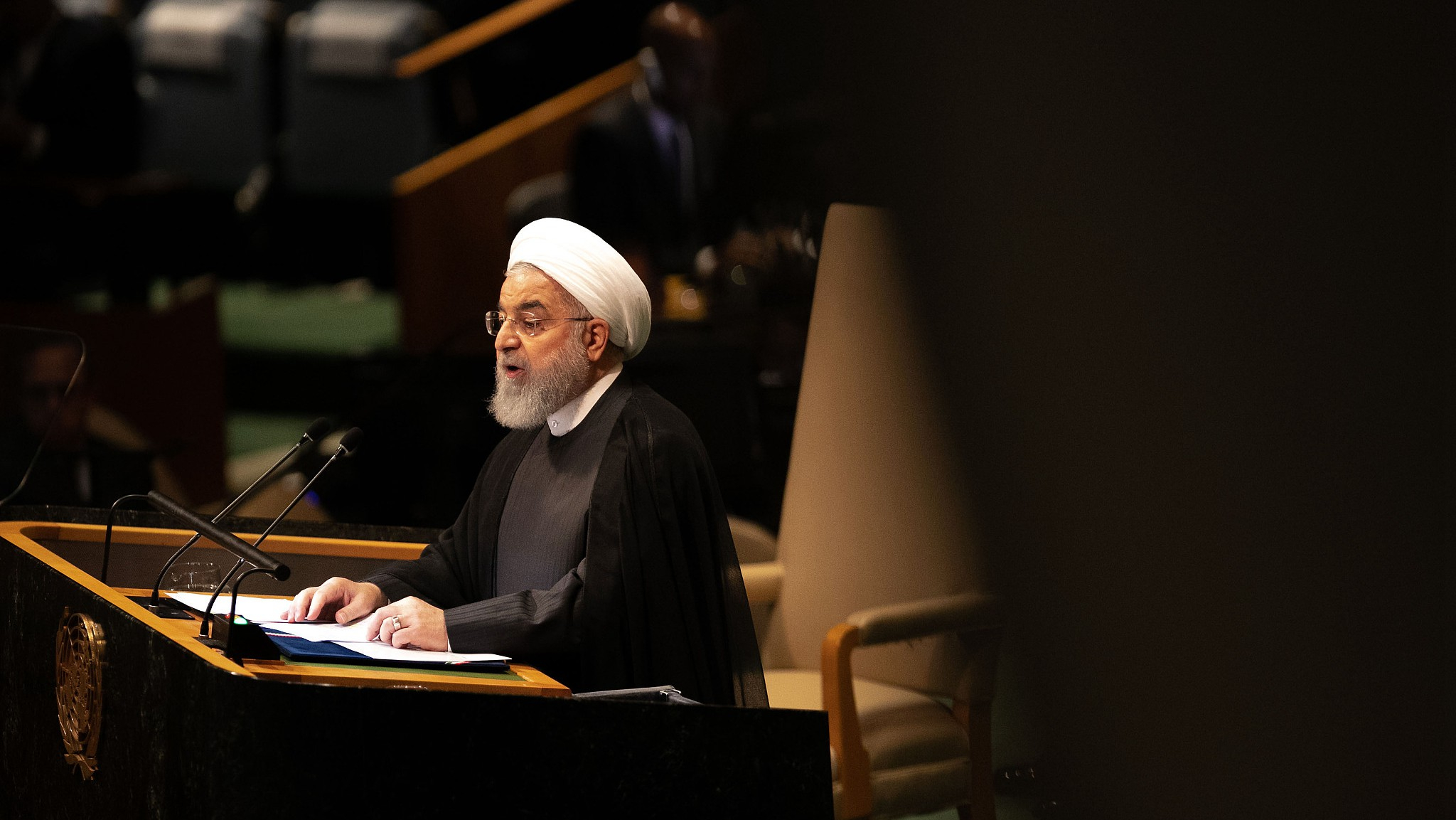 He called on all partner countries to continue working "to contain Iran's malicious activities and prevent them from spreading terrorism in the world." He also said that the United States can hit any targets inside Syria through the sea and air, which it has done previously and thus, can prevent any of these fears.
Second, the United States is trying, through this visit, to restore the confidence of its allies to keep them away from rapprochement with Russia.
After the United States abandoned Saudi Arabia and the Kurds, Russia's role in the region became more important. Saudi Arabia, Israel, Iran and Turkey were trying to reach understandings with Russia, which made America worry about Russia's growing influence in the region.
The region compares Russia's strong position which enables the Assad regime to stand up against its opponents with America's faltering position as it quickly abandons its Kurdish ally, making many Arab countries think of cooperating more with Russia, such as Egypt. 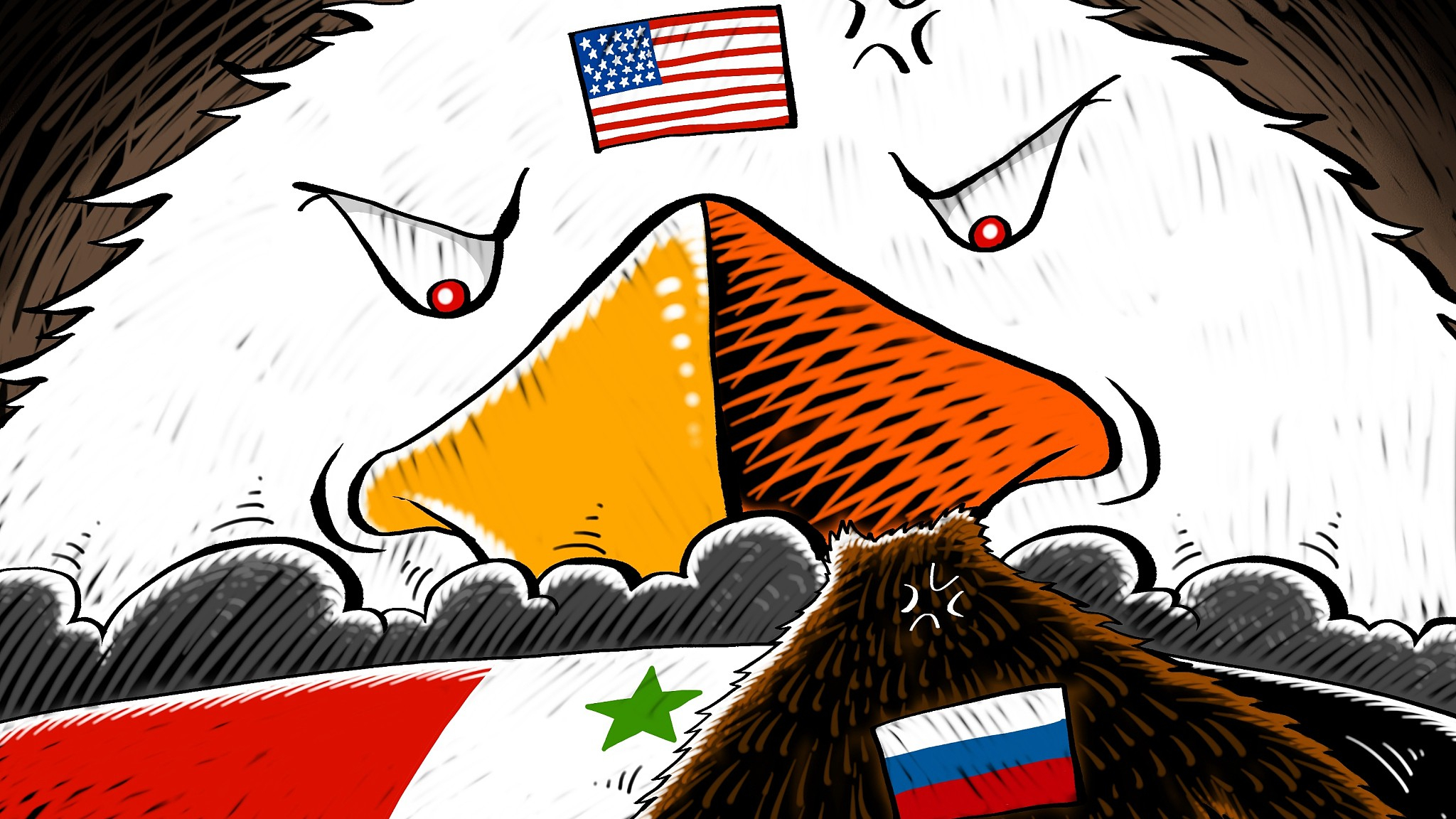 U.S. and Russia in the Syria conflict. /VCG Photo

U.S. and Russia in the Syria conflict. /VCG Photo

Hence the importance of Pompeo's visit, as it tries to restore momentum in relations with these countries, especially Saudi Arabia, Egypt and Jordan and push them away from rapprochement with Russia
Third, the visit is aimed at building a new alliance between Saudi Arabia, Egypt, Jordan and Israel, which the United States believes is capable of finding a solution to the Palestinian issue as well as confronting the Iranian threat in the region.
But this alliance is difficult to build because of the complexity of Arab-Israeli relations. Arabs have long regarded Israel as public enemy No.1 which poses a threat to its national security.
Egypt, Saudi Arabia and Jordan have been trying to establish normal and strong relations with Israel, but the fear of people's anger has made such attempts hidden and undeclared.
So the U.S. wants to show greater support for Egypt and Jordan and urge them to join the coalition and reach a closer rapprochement with Israel, which from the American point of view satisfies the Israeli side and puts more pressure on the Palestinian side to accept the final status.
Fourth, the United States wants to end the Gulf division in an attempt to bring Saudi Arabia and Egypt closer to Qatar and support Kuwaiti efforts to end the division, which does not serve the American project in the region.
But the Gulf conflict has become difficult to resolve because of the deep differences among Egypt, Saudi Arabia and Qatar. Turkey stands strongly beside Qatar in this conflict, which limits the impact of the boycott on Qatar. 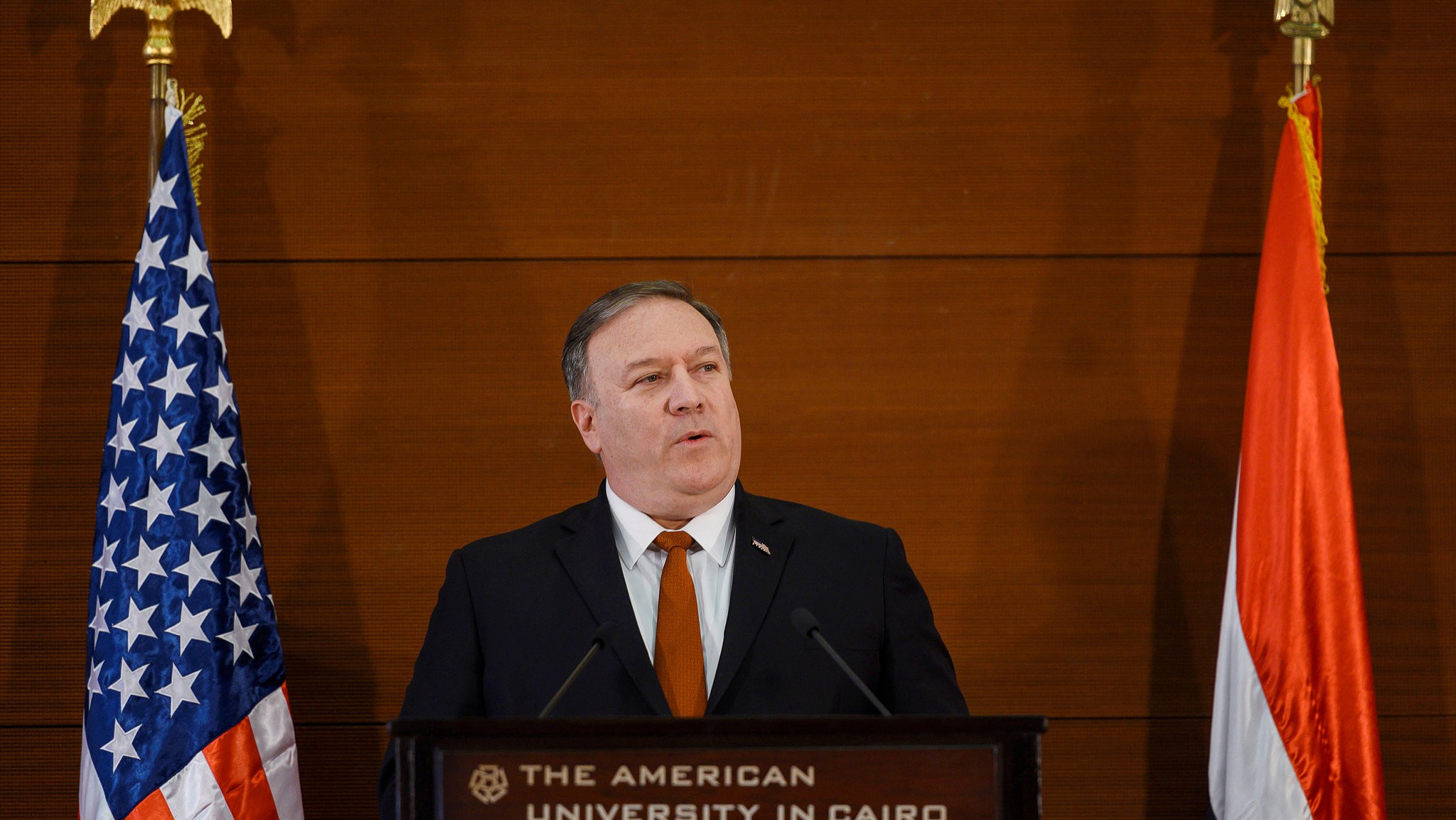 Pompeo said in a speech at American University in Cairo on January 10, "The United States is working to establish the Middle East Strategic Alliance to confront the region's most serious threats and bolster energy and economic cooperation.”
Given the complex situation in the Middle East, I do not think that the U.S. secretary of state's visit to the region can change anything on the ground.
(If you want to contribute and have specific expertise, please contact us opinions@cgtn.com.)