Opinion: Why do Americans have difficulty understanding China?
Liu Zhiqin 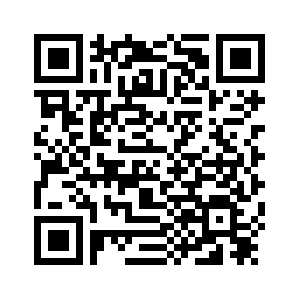 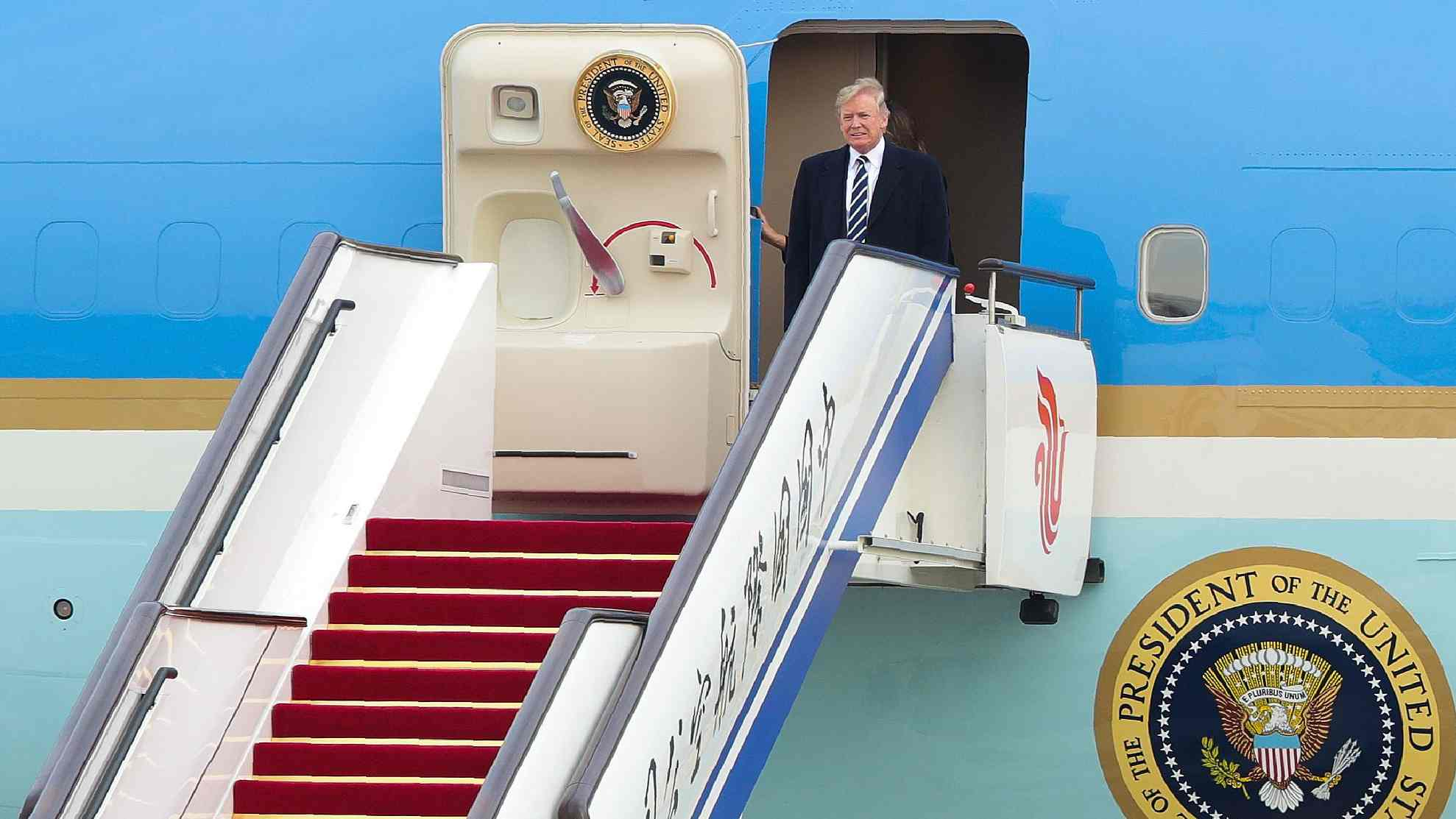 Editor's note: Liu Zhiqin is a senior researcher at Chongyang Institute for Financial Studies at the Renmin University of China and an academic committee member of the Global Governance Research Center. This article is an edited translation from Guancha.cn originally published in Chinese on November 9. It reflects the author's opinion, and not necessarily the views of CGTN.
On November 7, former US Treasury Secretary Henry Paulson delivered a speech in Singapore, focusing on the main problems in China-US relations. He believes that if China and the United States cannot reach consensus on certain core issues, the possibility of a "cold war" or "accidental conflict" between the two countries will increase significantly, and the economic "iron curtain" will reappear.
This is by far the most straightforward statement by a former US senior official about China-US relations. Unlike the speech recently made by US Vice President Pence, Paulson's remark is basically about his perception of the objective situation. Although this perception may be quite different from China's, it will not hinder discussions or even debates and arguments between the two sides.
There is an old saying in China: "Truth can be gleaned from lively debates." However, it's hard to find the truth for certain issues through debate. For example, China's systems must cater to its own national realities and needs. Chinese President Xi Jinping expressed this view very vividly: One can tell if shoes are suitable only by wearing them. 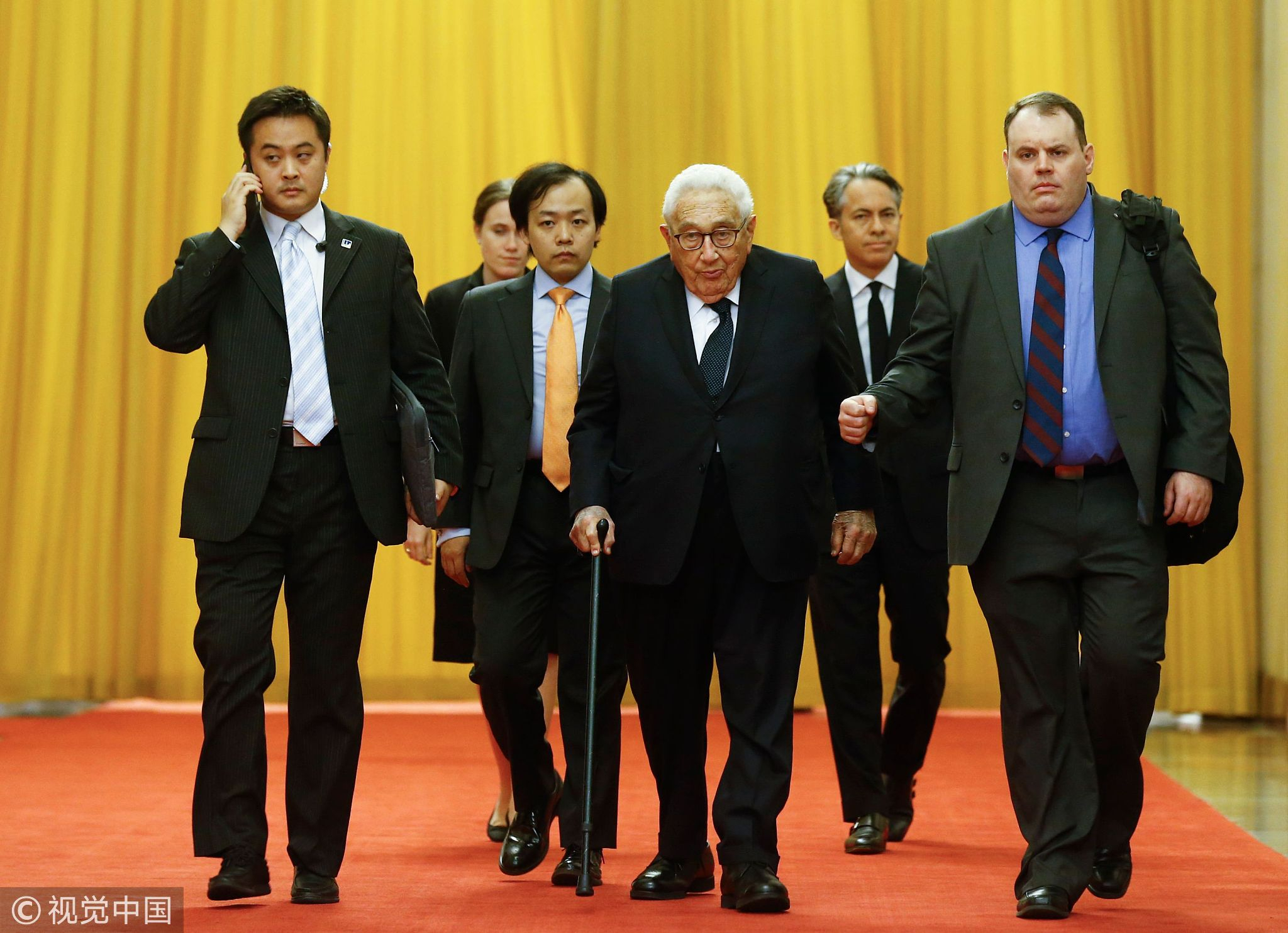 Former US secretary of state Henry Kissinger (C) arrives for a meeting with China's President Xi Jinping (not pictured) at the Great Hall of the People in Beijing on November 8, 2018. / VCG Photo

Former US secretary of state Henry Kissinger (C) arrives for a meeting with China's President Xi Jinping (not pictured) at the Great Hall of the People in Beijing on November 8, 2018. / VCG Photo

The problem now is that there are always people in the world who pay special attention to other people's internal affairs and want to assume a patriarchal role by making decisions for them. This is "annoying" and unwelcome. Unfortunately, some American politicians seem to be keen on doing that.
The United States has always hoped to change China's developmental path in an "imperceptible" way, or to nudge China to follow the pathway designed by the US.
However, to the disappointment of the US, China moved faster and became stronger by going down the road it chose for itself. The United States finally could not sit still and began to set up various obstacles on China's way forward, making the latter's economic development a "hurdle race" and consuming China's strength and stamina. America will only be satisfied when it brings down China.
After half a century of friendly relations between China and the United States, there may be a period when the bilateral relationship is relatively cold or even painful. But if we calm down and think about it, we can see a serious fact: Americans have always believed that China is really difficult to understand.
Is it true that China is difficult to understand?
Recently, I read "China 1945" written by Richard Bernstein, a famous American journalist and commentator.
From 1945 to 1948, the US government has been trying to understand China and has spent a lot of money and arms on it. In the end, they found that China did not undergo the reforms and changes they had expected. Not only that, the Kuomintang regime they strongly supported was eventually replaced by the Chinese Communist Party (CCP).
This result was a great disappointment to the elites of the United States at that time and caused great frustration. At the end of the day, they didn't understand why they could fail even though they seemed to have controlled everything in the country.
The American domestic political and elite circles launched a debate to reflect on the reasons for the failure of US policy towards China, in which Republicans and Democrats blamed each other. 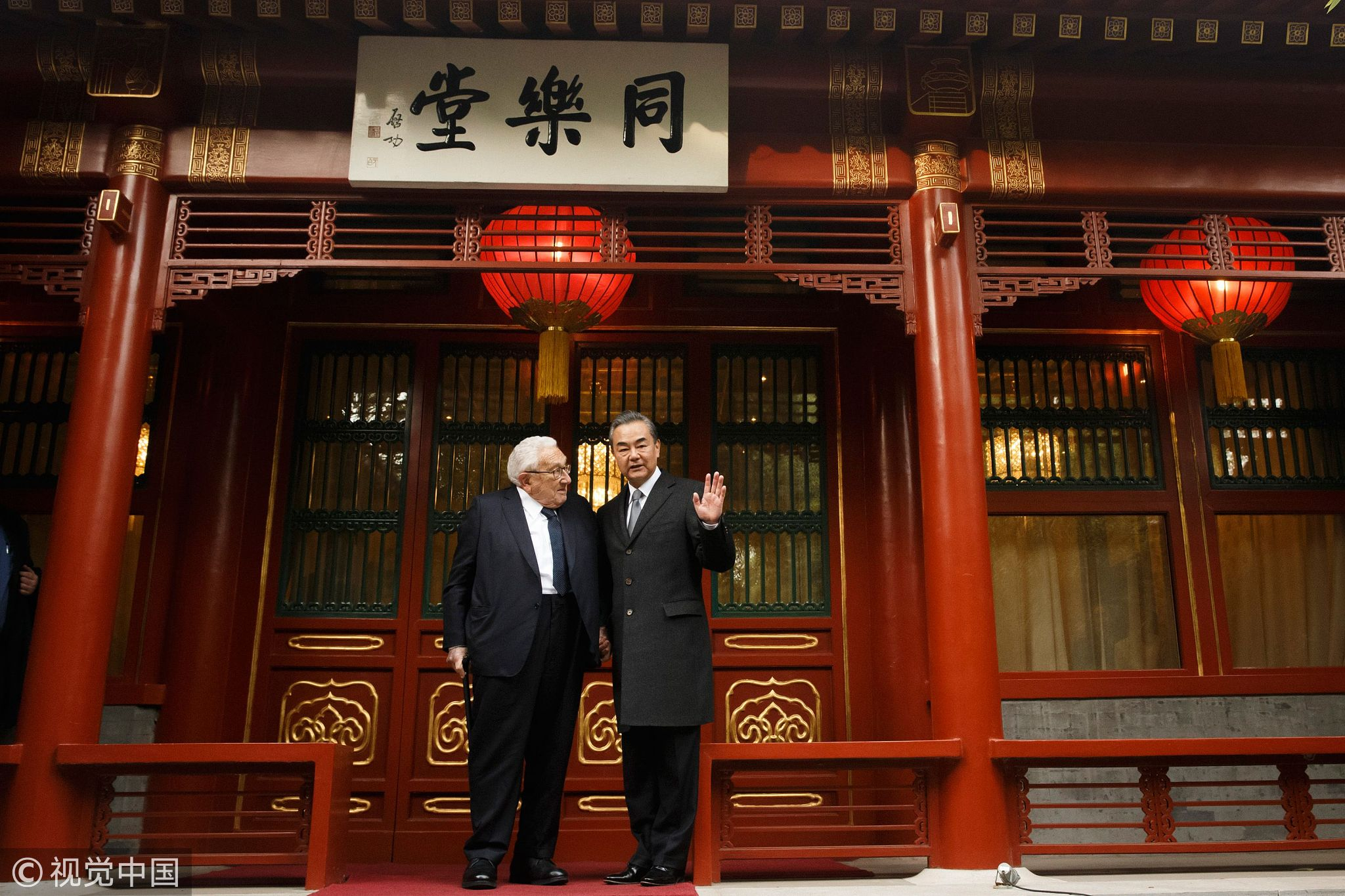 The blame went on until the emergence of McCarthyism in the early 1950s. This new doctrine attributed the failure of China policy to the so-called "China experts": It was they who sent the wrong message, causing repeated mistakes in the US government's China policy and leading to the final debacle.
History is repeating itself. In 2015, heated rhetoric about China in the United States seemed to echo that in 1945.
Two years later, the US government identified China as a "strategic rival": It found that it had "lost China again." The American elites underwent real soul-searching and introspection regarding the Asian country for the first time.
The only difference this time was that the Republican president personally launched the campaign, and his language and tone were almost the same as McCarthy's: It was the incompetence of former officials that made the United States suffer losses. However, those who had been friendly to China didn't push back for fear that the return of McCarthyism would cause them to be seen as traitors.
To be frank, many scholars in the United States sincerely want to study and understand China. Unfortunately, most of them fail to do it the right way, resulting in huge misunderstandings. Through wrong methods, they are getting further and further away from the truth about China. This is also why the study of China is becoming the most popular subject and profession in the world today. However, in the absence of the right methods, it's impossible to understand China's unique characteristics.
Though unpredictable, China is by no means capricious. It is not difficult to understand China as long as one truly seeks knowledge, truth and facts. China will never be understood by those who are speculative, malevolent or voyeuristic. Many Chinese have also struggled in understanding China themselves. The changes in China over the past 100 years have undoubtedly added countless new puzzles for everyone to solve.
In fact, China is not complicated to understand. The precondition for understanding China is to avoid prejudice and malicious intents and not force China to make changes to serve one's self-interest. In doing so, one would find that China is the most easy-to-understand encyclopedia.
(If you want to contribute and have specific expertise, contact us at opinions@cgtn.com)