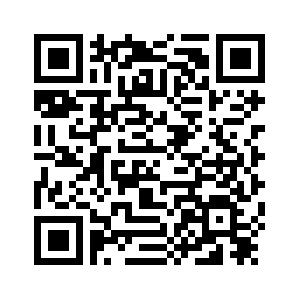 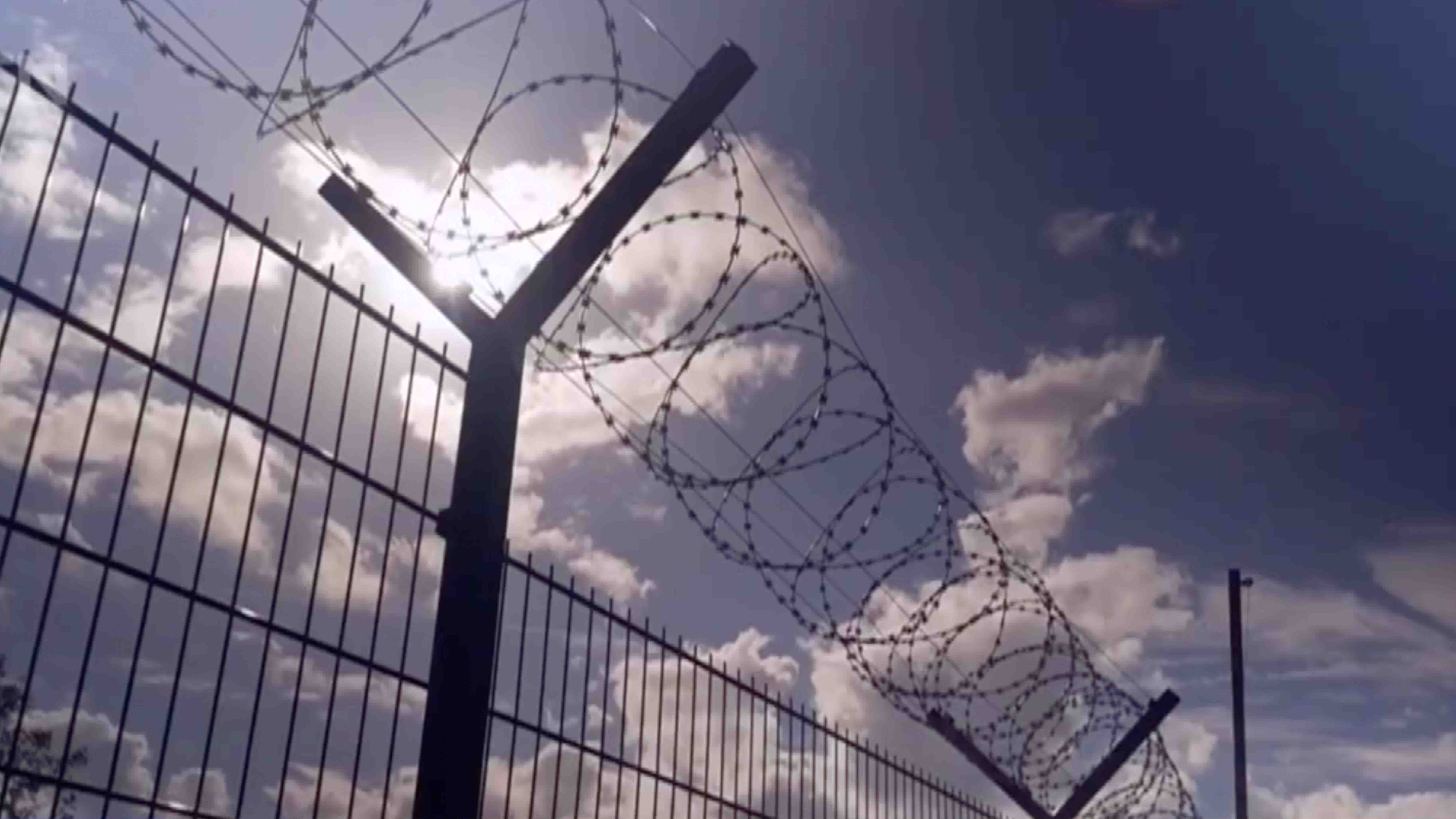 Slovenia is one final leg in the journey to the EU for migrants on the so-called "Balkans route."
It is Slovenia's Schengen status that is so attractive for the illegal crossers. The Schengen agreement allows people to freely move through the Schengen countries, without the need to be checked at the borders. Thousands that are crossing from Croatia into Slovenia are using those benefits to get to their end destinations which are Italy, Germany, the UK and other Western European countries. I spent an entire day with Slovenian border police who is trying to stop the human stream. 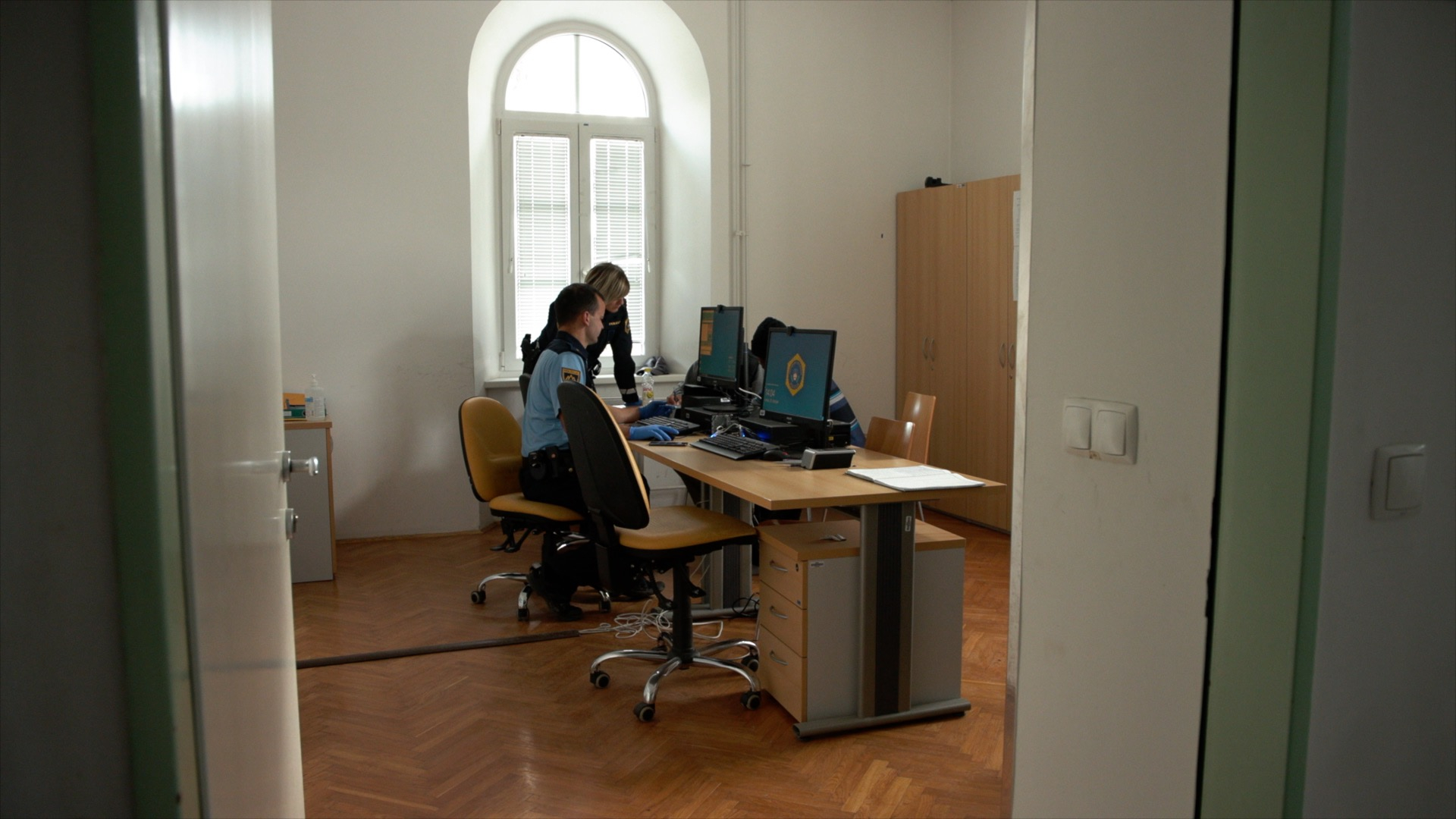 A reception center for migrants in Ilirska Bistrica. /CGTN Photo

A reception center for migrants in Ilirska Bistrica. /CGTN Photo

As Vilijam Toskan, the head of department for State Border and Foreigners at Police District of Koper told us, that number is significantly higher than before.
"This year we are faced with increased pressure from illegal migrations. By October 29th, we registered over 3,300 people who tried to illegally cross the border. At the same time last year, the number was several times smaller. It was around 600. The structure of migrants has also changed. This year we have mostly citizens of Pakistan, Afghanistan, Iraq, Iran, Algeria, and Morocco." Toskan said. 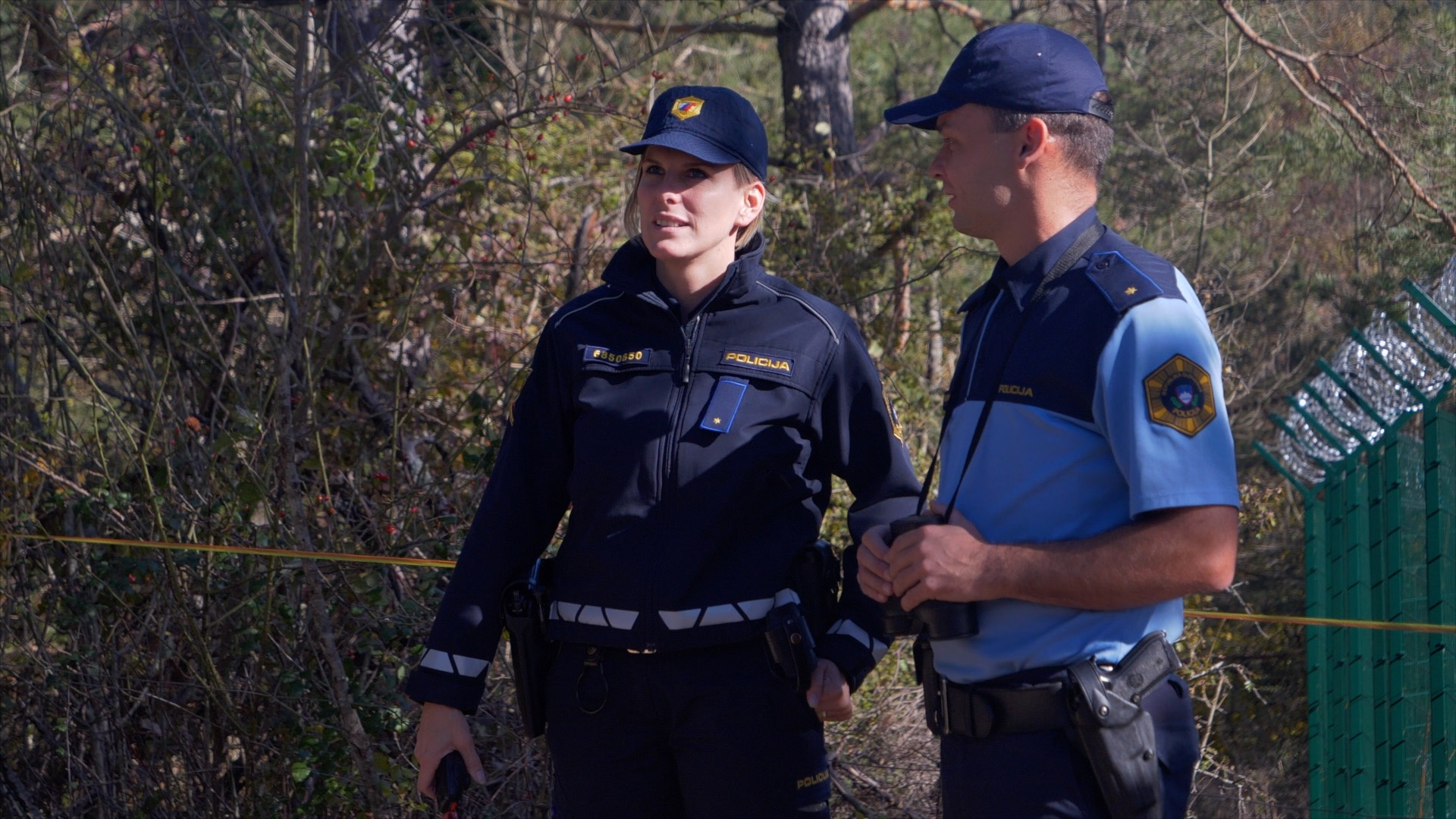 Slovenian police officers who are at the border with Croatia. /CGTN Photo

Slovenian police officers who are at the border with Croatia. /CGTN Photo

Slovenia has put at some parts of the border a barbed wire and 3-meter tall fence. But yet, obstacles are not deterring those determined to reach the Schengen countries of the EU.
And many of them have serious help from both sides of the border. At the police parking lot in Ilirska Bistrica, we were shown vehicles impounded from smugglers. There were license plates from all over Europe. 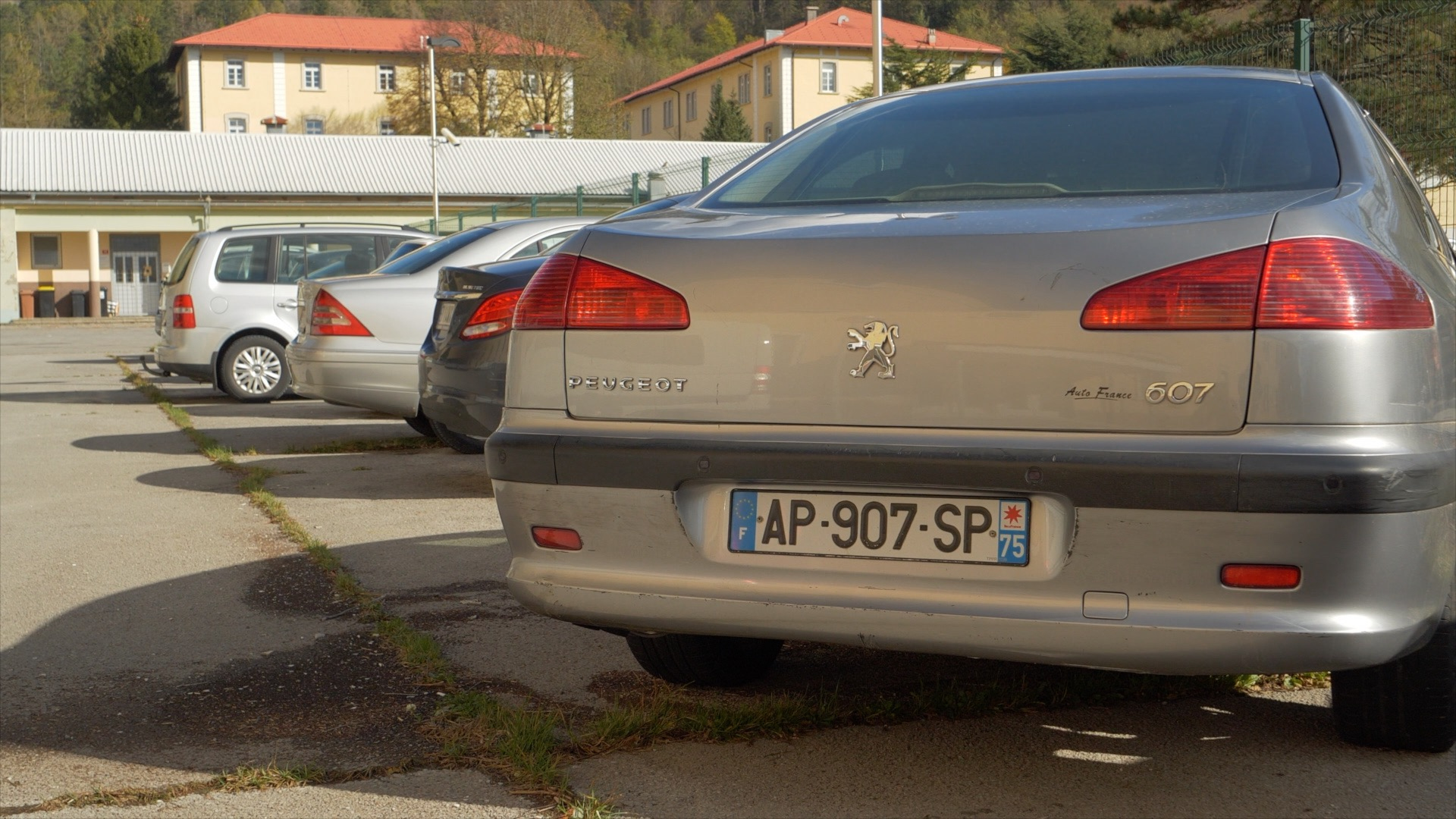 Cars impounded from the smugglers at the parking lot in front of Ilirska Bistrica police station. /CGTN Photo

Cars impounded from the smugglers at the parking lot in front of Ilirska Bistrica police station. /CGTN Photo

Several vehicles were damaged during some of the high-speed police chases when they've tried to escape.  Seventy smugglers have been detained and prosecuted this year alone, but those are just small fish.
The main kingpins are elusive and far from any danger. As we were told, they charge enormous amounts of money to the people hoping to find a better life in the EU. Many migrants have sold all their belongings back home and also borrowed substantial amounts of money to pay smugglers to bring them from their homelands to here.
In Ilirska Bistrica, we have met Pervaz Mazher, an interpreter for Pakistani migrants. Mazher is originally from Pakistan and has lived in Slovenia for 55 years. Now, he's helping Slovenian police find a common language with migrants coming from that part of the world. He shared some of his experiences from his work here about the migrants and their stories.
"Some of them say that they are here because of some problems, like economic problems." Mazher said, "Some say they have family problems, some say they have enemies in their country, or there is a war going on. But the reality is that from Pakistan it is not so. Mostly they come for economic reasons."
Today there are more jobs in Ilirska Bistrica for Mazher, since police caught four migrants after they've illegally entered the country. 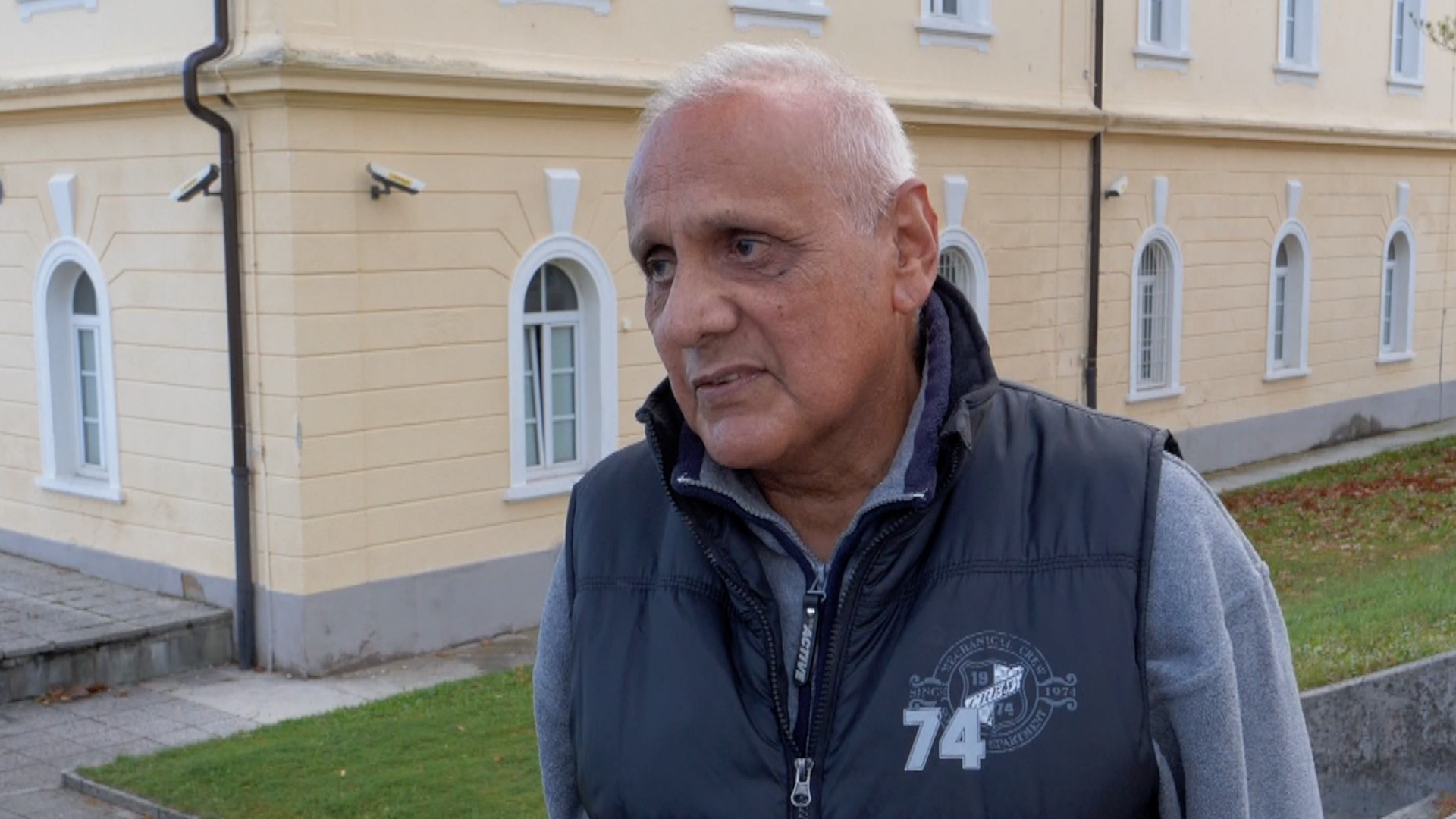 They were taken to the former military barracks here in Ilirska Bistrica. The barracks have been converted to a reception center for those who illegally cross the border.
When the police arrest the migrants, they are interviewed, and fingerprint scans and attempts are taken.  This allows the police to identify their true identities of the migrants.
Because of EU laws, we were not allowed to speak with the migrants or to film their faces, but judging by their appearances, it was pretty obvious what kind of ordeal they'd been through on their journey.
After this, it was up to the law to decide their future. They can be taken to the asylum seekers center in capital Ljubljana or just be deported back to Croatia. However, whatever happens, it doesn't seem likely that they'll give up their European dreams.