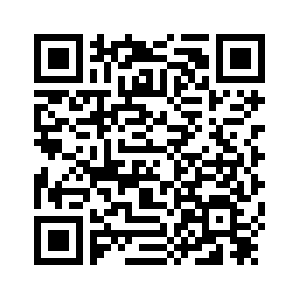 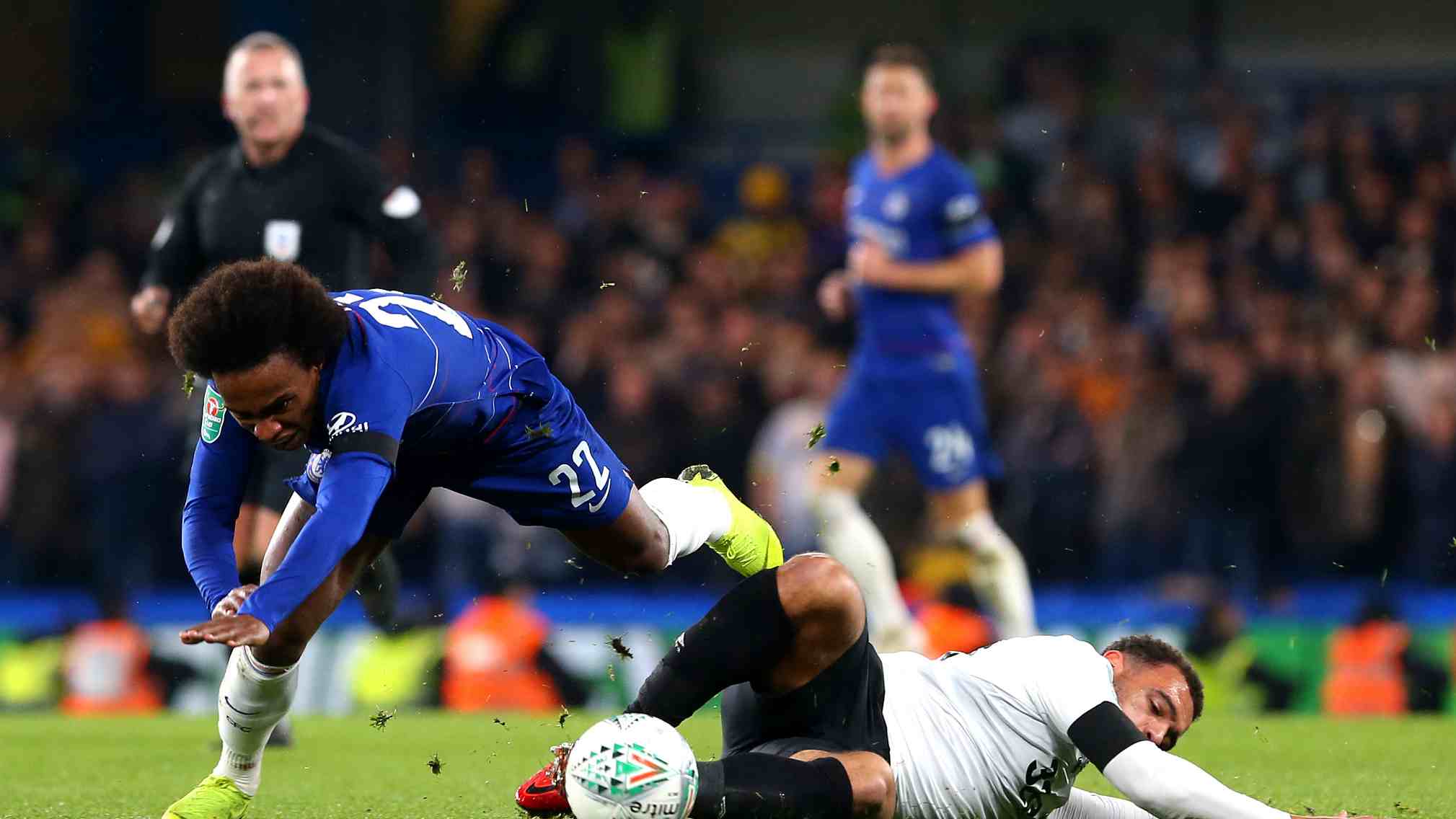 Chelsea dumped Frank Lampard's Derby out of the League Cup on Wednesday despite a valiant effort by the Championship side to battle back from a defensive Halloween horror show.
Maurizio Sarri's much-changed side eventually emerged 3-2 winners, with all five goals coming in a helter-skelter first half, on a night when there were also fourth-round victories for Arsenal, Tottenham and Middlesbrough.
Two astonishing early defensive errors at Stamford Bridge from Fikayo Tomori – on loan from Chelsea – and Richard Keogh either side of a Jack Marriott equalizer gave the home side a 2-1 lead.
Undaunted, Lampard's side leveled shortly before the half-hour through Martyn Waghorn before Cesc Fabregas restored order for the Premier League high-flyers.
Lampard, one of Chelsea's greatest-ever players, felt his side deserved a draw on chances created but said he was a "lucky man" to be able to enjoy such an occasion.
"The difference between the sides was they scored three... actually we scored four didn't we? I joke because I'm proud," he told Sky Sports. "Talking to their staff, they're saying we're playing well.
"I respect this club, I don't have to talk about this club. I'm proud of my players."
The 40-year-old former England midfielder received a rapturous reception on his first return to Stamford Bridge as a manager, soaking up the atmosphere before kick-off. 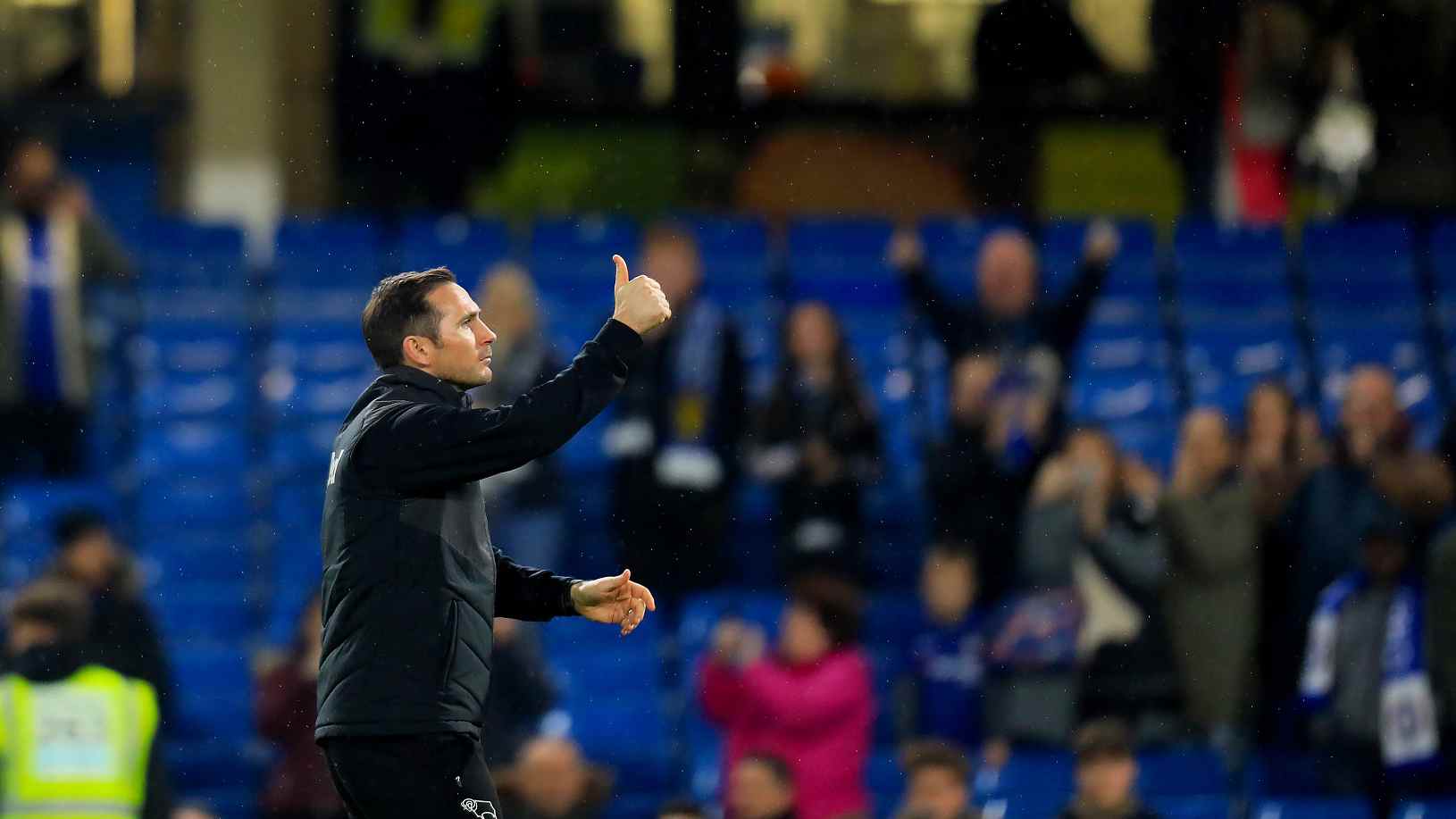 Derby County Manager Frank Lampard gives the crowd a thumbs up as he returns to his former club Chelsea, October 31. /VCG Photo

Derby County Manager Frank Lampard gives the crowd a thumbs up as he returns to his former club Chelsea, October 31. /VCG Photo

Buoyed by his side's win on penalties at Old Trafford against his former Chelsea boss Jose Mourinho in the previous round, he was dismayed to witness the errors from his side, which made their task all the harder.
Timori sliced into his own net in the fifth minute, miscuing a clearance when attempting to deal with an innocuous-looking Davide Zappacosta cross.
Midway through the half, lightning struck twice when Keogh failed to deal with another Zappacosta delivery, haplessly steering the ball into his own net.
But the visitors played a full role in a frantic first half, looking sharp as they came forward and were back on level terms before Fabregas scored what turned out to be the decisive goal. 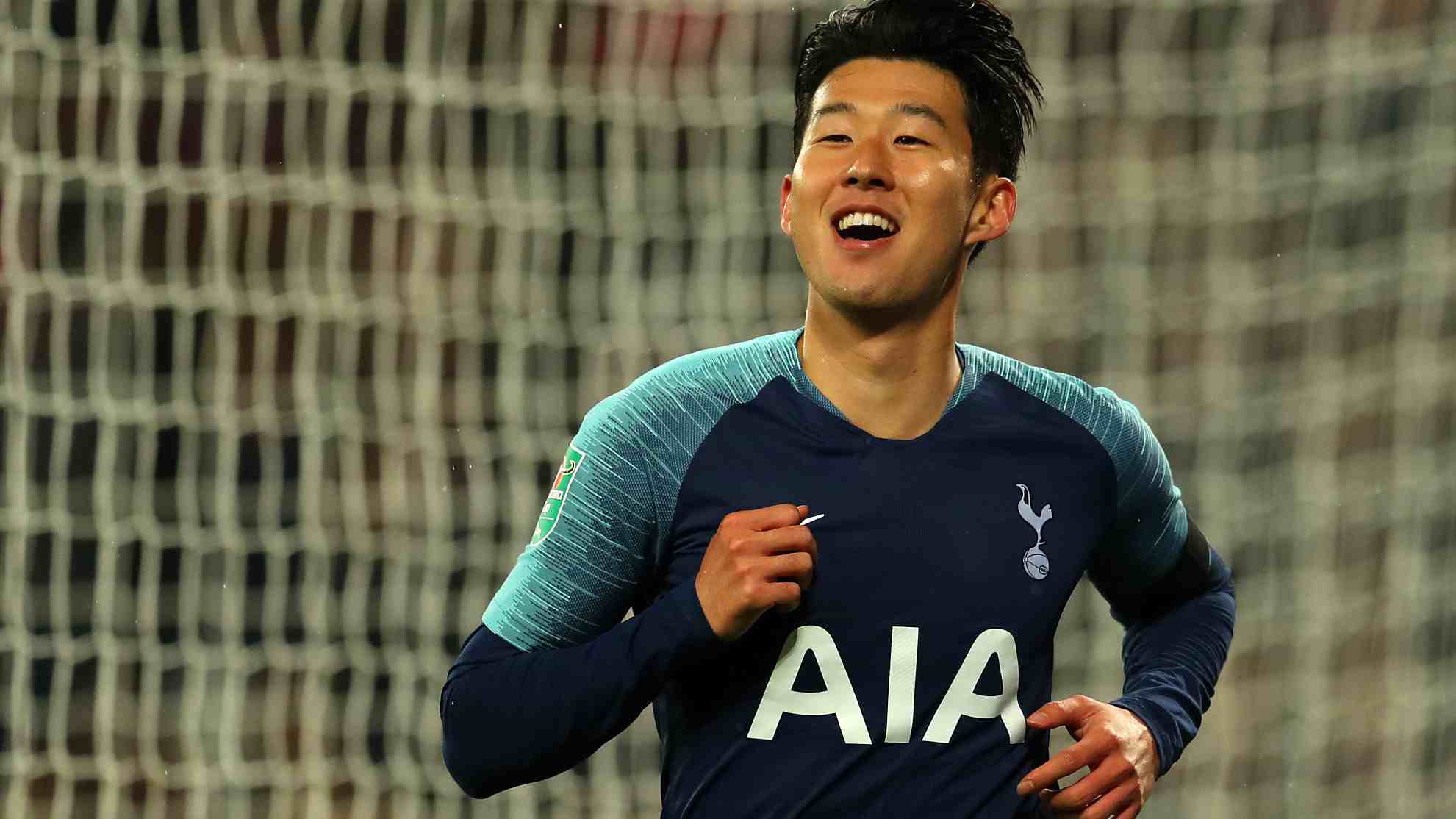 Keogh had a late chance to make amends for his earlier howler but Willy Caballero saved at close range and David Nugent hit the post in the 89th minute, leaving Lampard holding his head in his hands in frustration.
As former Chelsea and Leicester manager Claudio Ranieri looked on from the stands, there was a minute's applause before kick-off in tribute to Leicester's late Thai owner Vichai Srivaddhanaprabha, killed in a helicopter crash on Saturday.
Ten-man Arsenal were made to sweat by League One Blackpool before eventually emerging 2-1 winners, with goals from Stefan Lichtsteiner and Emile Smith-Rowe.
Two goals from Son Heung-min and a strike from Fernando Llorente gave Tottenham a 3-1 win against West Ham while Championship side Middlesbrough upset Premier league outfit Crystal Palace 1-0.
On Tuesday, Burton Albion and Bournemouth booked their places in the quarter-finals while Premier League leaders Manchester City play Fulham on Thursday.
The quarter-final draw pits Arsenal against Spurs, while Chelsea take on Bournemouth and Middlesbrough play Burton. Leicester or Southampton will play Manchester City or Fulham.
Source(s): AFP