An insider's handbook to travel along the HZM Bridge
By Li Ang, Dong Xue 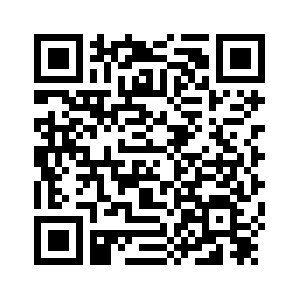 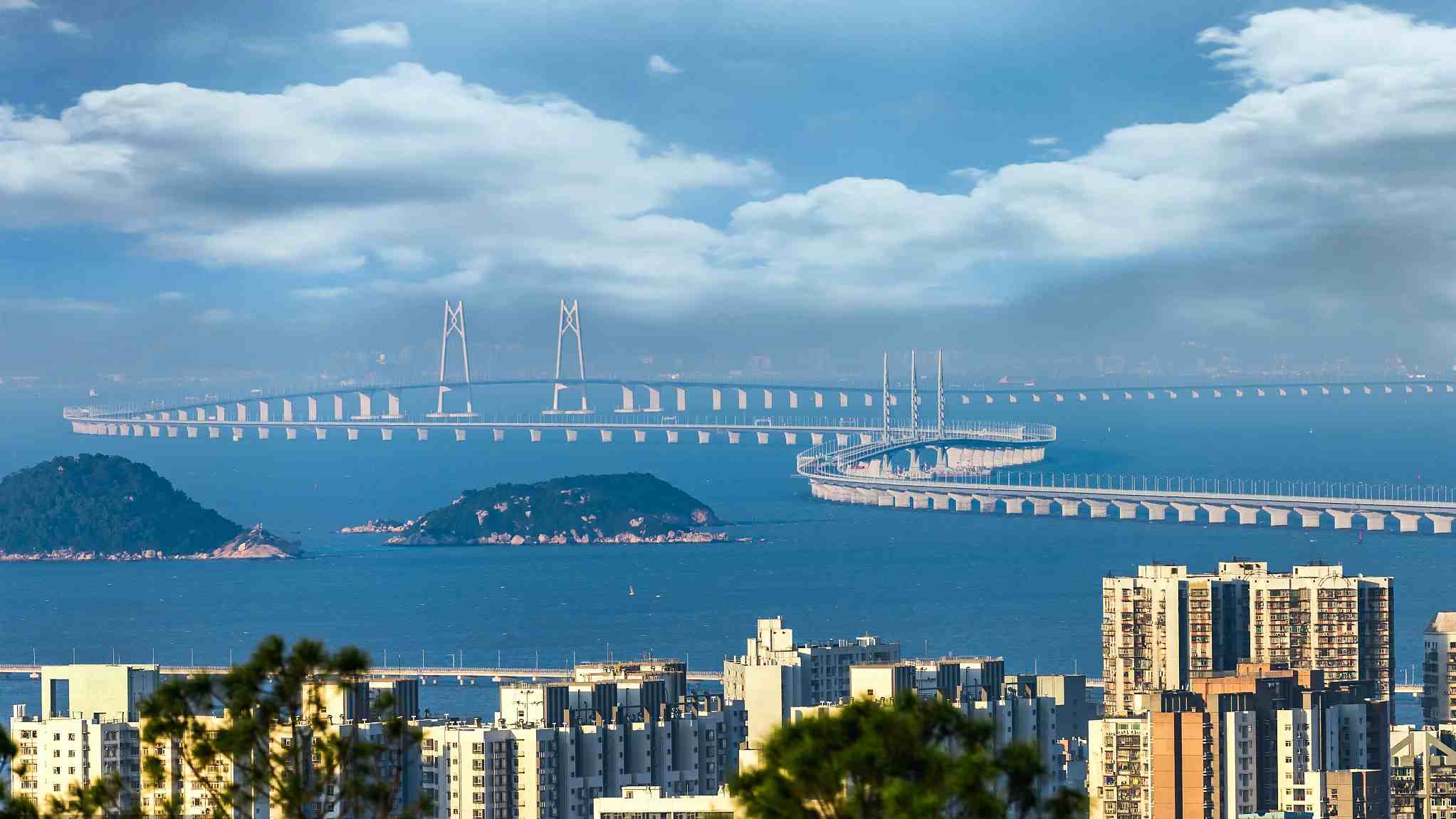 World's longest sea-crossing bridge that connects three major cities in China's Pearl River Delta area, namely Hong Kong, Zhuhai and Macao, finally opened to public late October.
The 55-kilometer long bridge is a key element for China's plan to build a well-connected and more competitive Greater Bay Area, which encompasses 11 cities including Hong Kong and Macao, that are home to a combined total of 68 million residents.
With the driving time shorten to 45 minutes from three hours, tourists can take a big advantage of the bridge.
CGTN provides you a full picture of shortcuts to get around these three cities in your most condensed time. 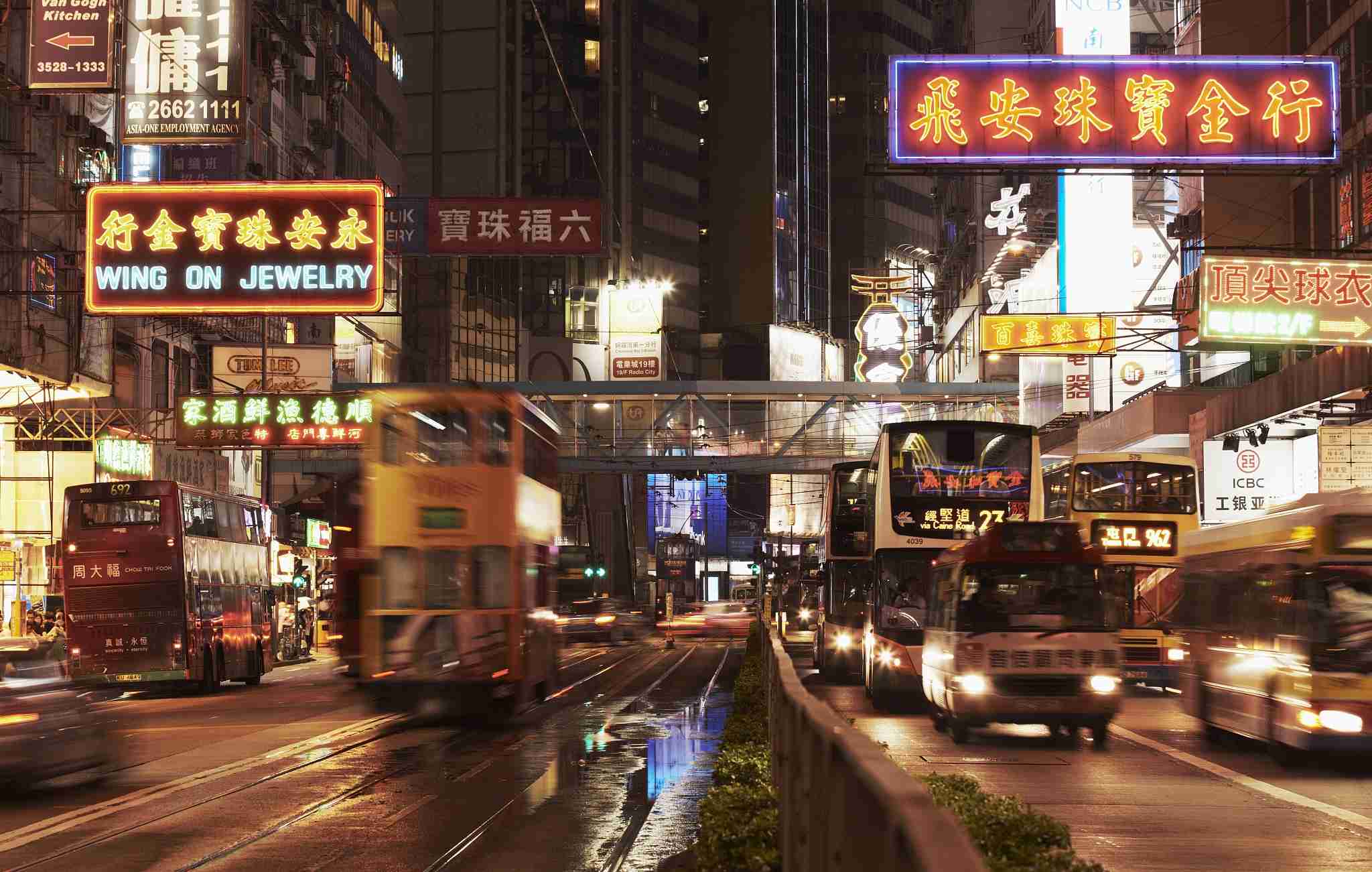 Hong Kong is a city that caters to all kinds of tourists. Whether you are looking for a shopping paradise for your endless desire of luxury brands, or prefer a moment of tranquility in one of the most bustling metropolis, you can always find a corner in this city that satisfies your needs perfectly.
The Victoria Peak, located in the north-western part of Hong Kong Island, is often ranked as the number one tourist attraction by travelers worldwide. With an elevation of 552 meters high, this is the spot to get a full picture of the vibrant city. Tracking through vintage red Peak Tram until you reach the top of the hill, there, decorated skyscrapers and breathtaking view of Victoria Harbor are all under your sight. 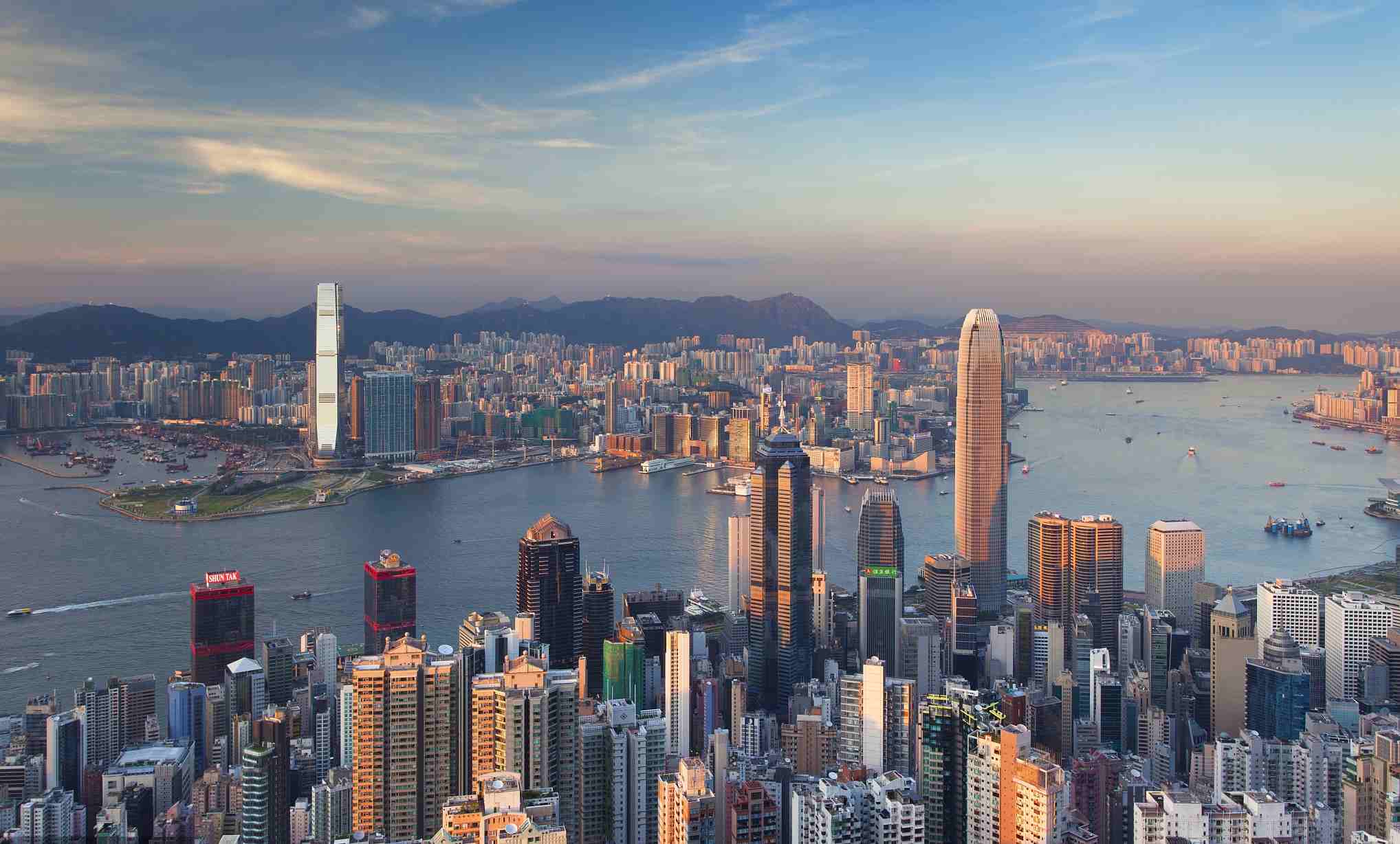 A view of Kowloon and Hong Kong Island from Victoria Peak.  /VCG Photo

A view of Kowloon and Hong Kong Island from Victoria Peak.  /VCG Photo

For people who want to indulge themselves in fairy tales, I can't think of a better choice than Hong Kong Disneyland. The theme park consists of seven parts: Adventureland, Grizzly Gulch, Mystic Point, Toy Story Land, Fantasyland, Tomorrowland and Main Street. Among them, Grizzly Gulch and Mystic Point are only available in Hong Kong Disneyland.
Here, you are able to bond with your favorite cartoon characters, just like a daydream where you can recall your childhood and cast away your worries as an adult. 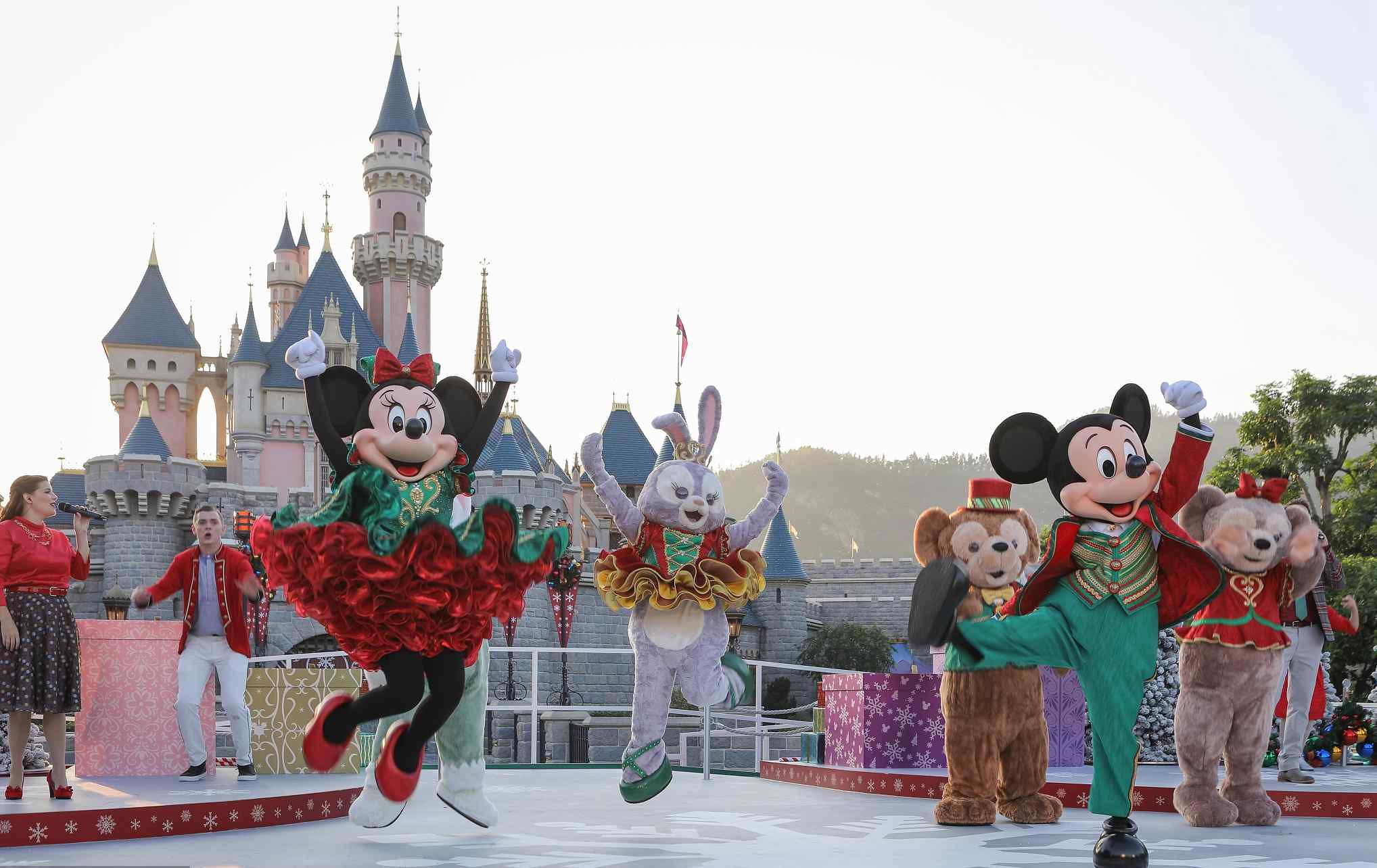 With a population of 32,000 per square kilometer, Hong Kong has long been regarded as one of the most densely-populated cities in the world. Among all the intensive high-rise buildings, a neighborhood stands out and earns itself the name of “Monster Mansion.”
Located in Quarry Bay, “Monster Mansion” comprises of five highly-dense, cloud-kissing residence buildings which forms a large “E” zone. The density here can almost give you a sensation of asphyxia. This landmark used to appear in the movie “Transformers: Age of Extinction,” and later became a cool spot to take photos among youngsters.
This is also a place to experience the extreme stress of living in a fast-paced metropolis where tons of people settle. 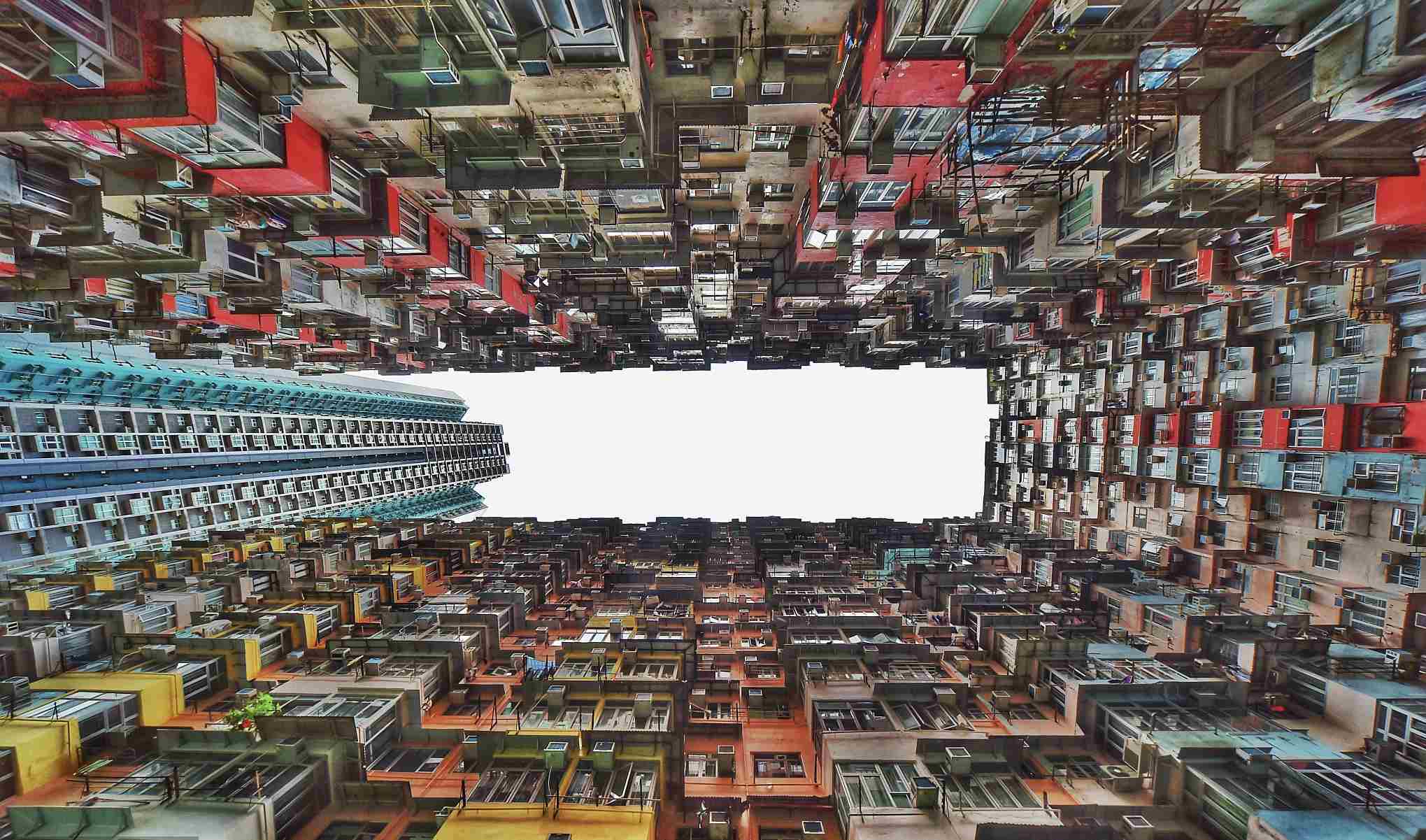 Roaming around Macao, you'll probably wonder at every minute whether you're in a European city.
This city offers you a journey for all the senses, which blends the past and present, the oriental and western elements in the most harmonious way. If the extraordinary view is not enough, try the famous local specialty Portuguese egg tarts, which will comfort your heart greatly. 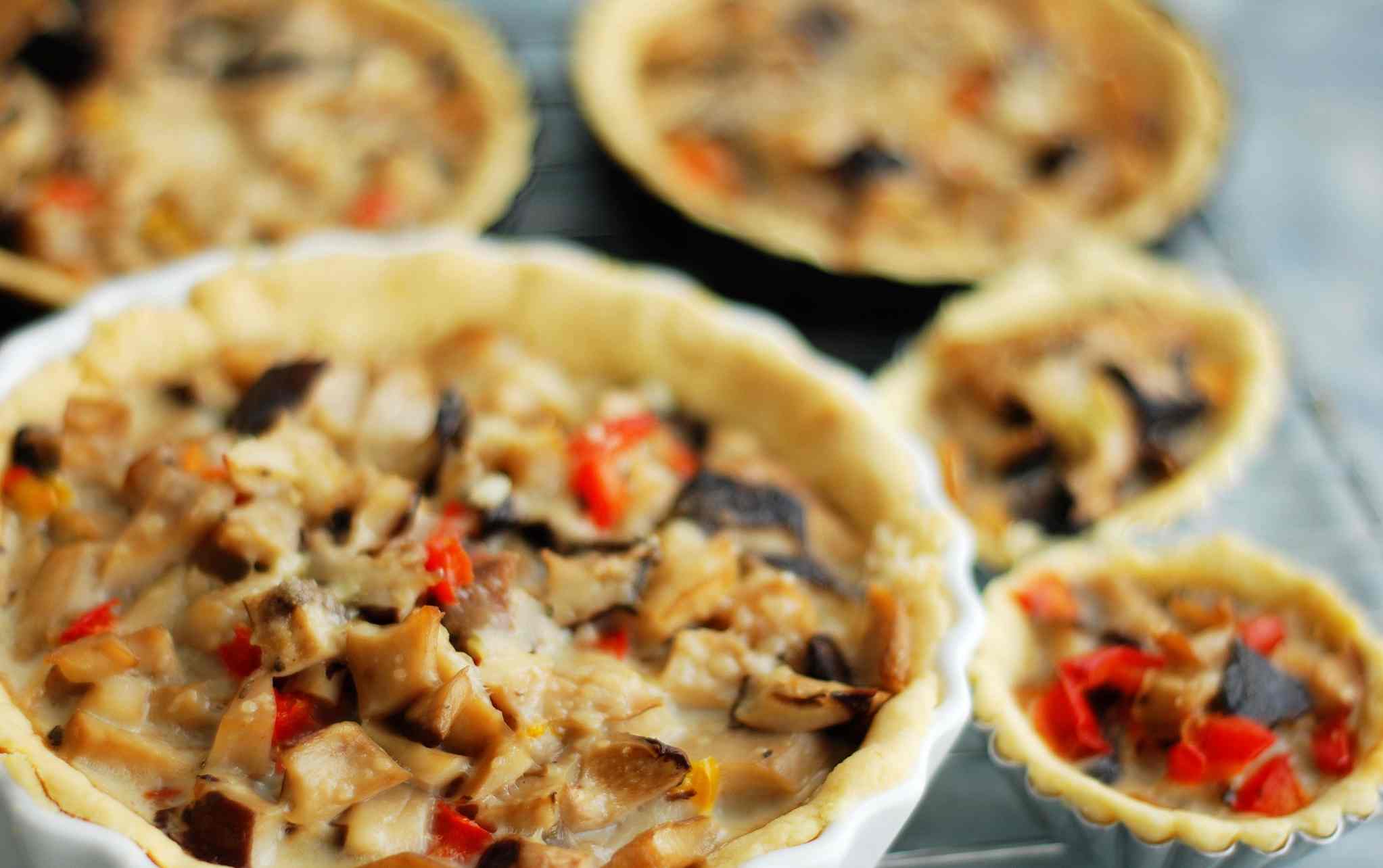 The mouth-watering Portuguese egg tart is a must-try in Macao. /VCG Photo

The mouth-watering Portuguese egg tart is a must-try in Macao. /VCG Photo

With a history of more than 350 years, Ruins of St. Paul is the most treasured icon of Macao.
The church was designed by an Italian Jesuit and completed by early Japanese Christian exiles and Chinese craftsmen in 1602. It was abandoned after the expulsion of the Jesuits in 1762, and a military battalion was stationed here. In 1835 a fire erupted in the kitchen of the barracks, destroying everything, except what you see today. In 2005, it was included in the list of World Cultural Heritage by UNESCO. 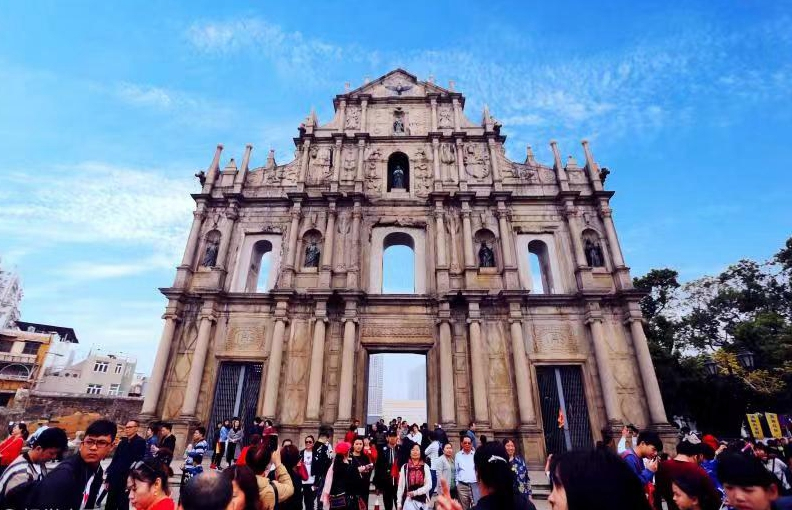 Ruins of St. Paul is the symbol of Macao. /VCG Photo

Ruins of St. Paul is the symbol of Macao. /VCG Photo

Macao is also the only part of China that gambling is legal, which has 40 casinos now. Among all the dazzling casinos in this “Oriental Las Vegas,” the Venetian Macao is the most visited one. Immersed in a duplicate version of Venice, you can have a sip of a cozy Venetian lifestyle while trying your luck at the gambling table or slot machines. It makes you wonder what time of a day it is once you dive in. 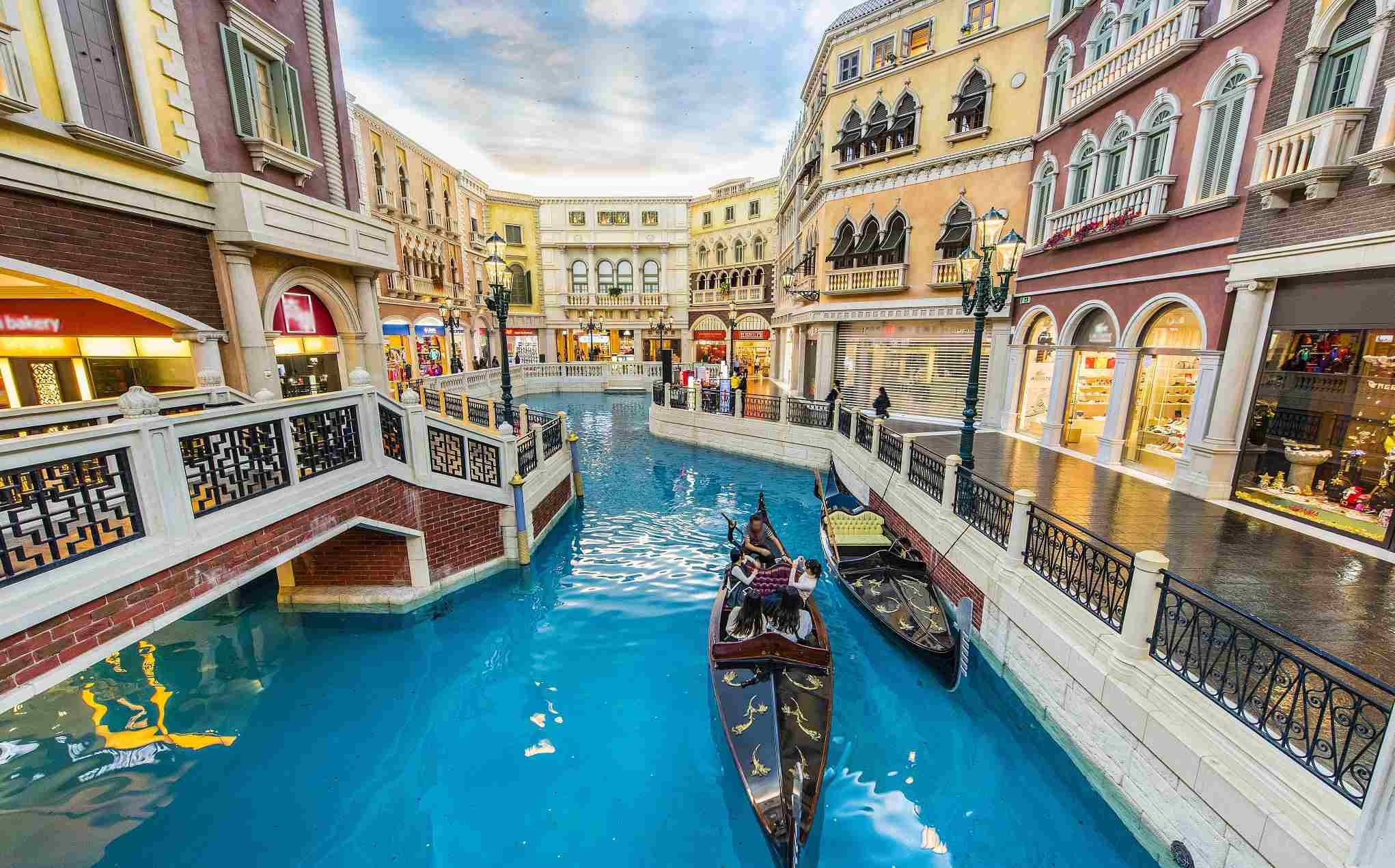 The Venetian Macao is like a duplicate and smaller version of Venice. /VCG Photo

The Venetian Macao is like a duplicate and smaller version of Venice. /VCG Photo

If you want to feel the romantic vibe of Macao, you cannot miss Travessa da Paixão. The alley is around 50-meter long, with bright-colored Portuguese-style buildings scattered on both sides. The unique architectural design and a perfect combination of pink and yellow colors add more artsy vibrancy to this place. This is absolutely a cool spot for taking movie-like pictures.

Dubbed as “City of Hundreds of Islands,” also one of the most important tourist city along the southeastern coastline of China. Zhuhai is called by locals as “City of Happiness.”
If one must pick a name card for Zhuhai, Lovers' Road is very likely to be the answer. Having earned the reputation of “the Great Wall for Zhuhai,” Lovers' Road is the longest beach walk with a total length of 28 kilometers. Many couples would come here to take wedding pictures, and the lasting road represents that their love for each other is also endless.
Here, you can either rent a bike to cycle along the amazing coastline or go on foot, breathing the fresh air of the sea breeze, overlooking Macao in the distance from this place. 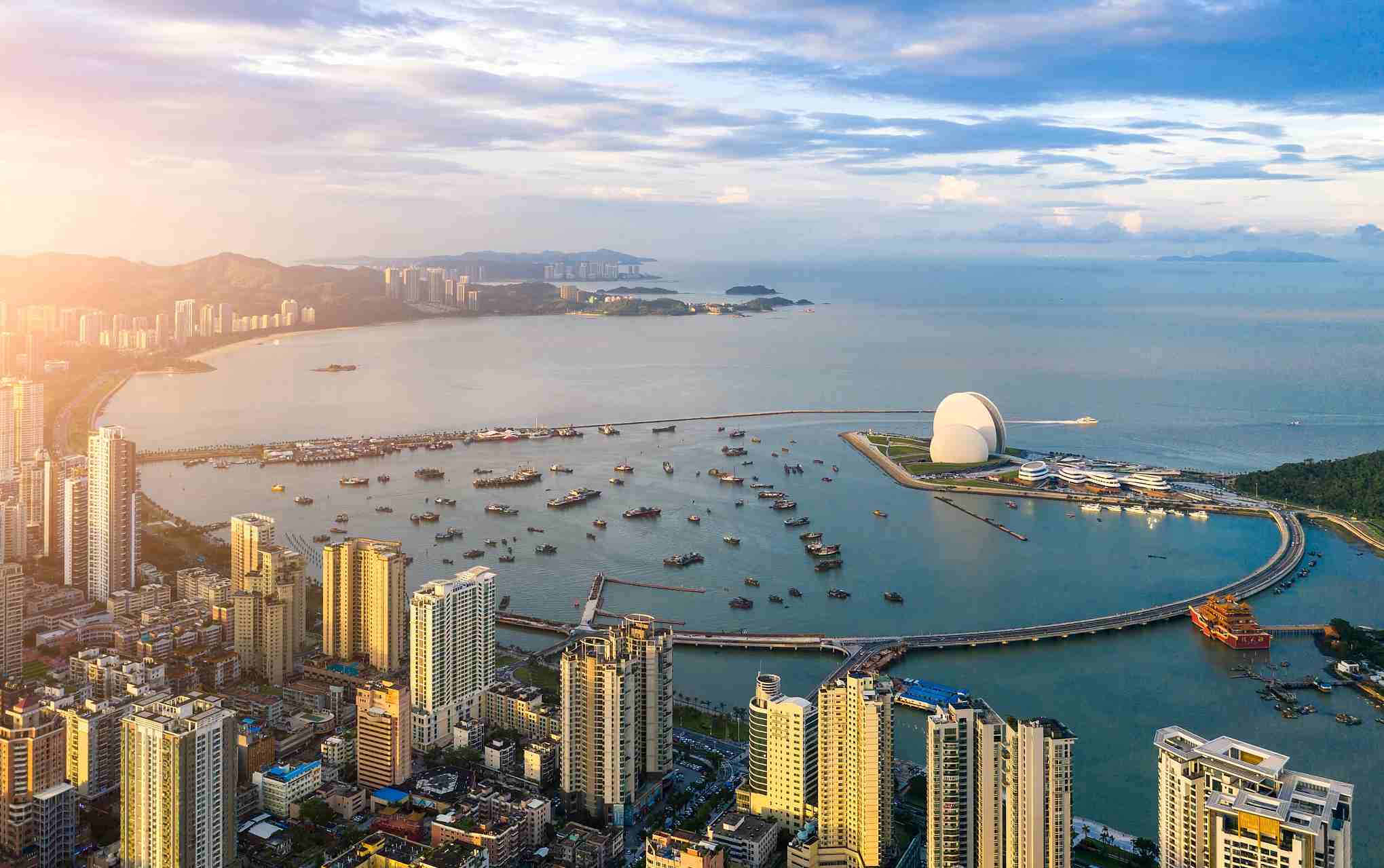 No one can really say that he/she has visited Zhuhai unless they have tried the seafood.
The city offers tourists with a wide variety of seafood cuisines which are an affordable feast to your taste buds, Waanzai Seafood Street is the definite place to go.
Walk along the street to pick out your ingredients, then take your purchases to one of the area's restaurants, where the staff can prepare your meal to your liking. Experience the local cuisine on your own terms, but remember that when buying raw meat from vendors, you can get a good deal by trying out your bargaining skills. 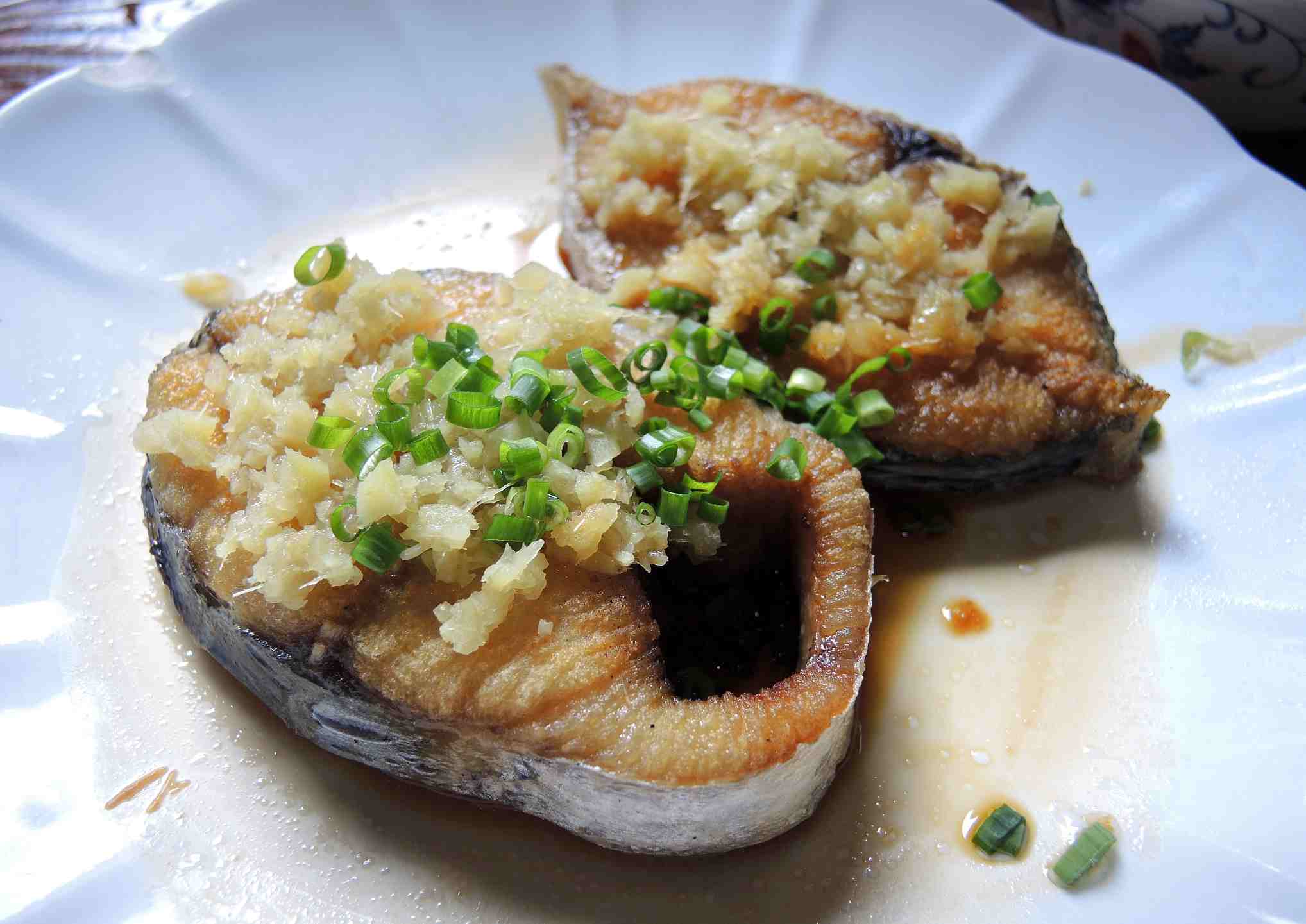 It is not exaggerated to say that Zhuhai owns the most delicious seafood in China. /VCG Photo

It is not exaggerated to say that Zhuhai owns the most delicious seafood in China. /VCG Photo

So, what are you still waiting for? Pack your bag and start the exciting journey along Hong Kong-Zhuhai-Macao Bridge in the best season.