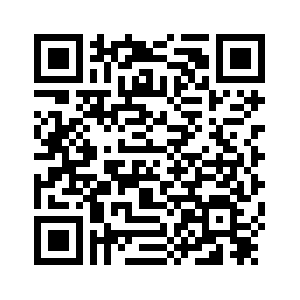 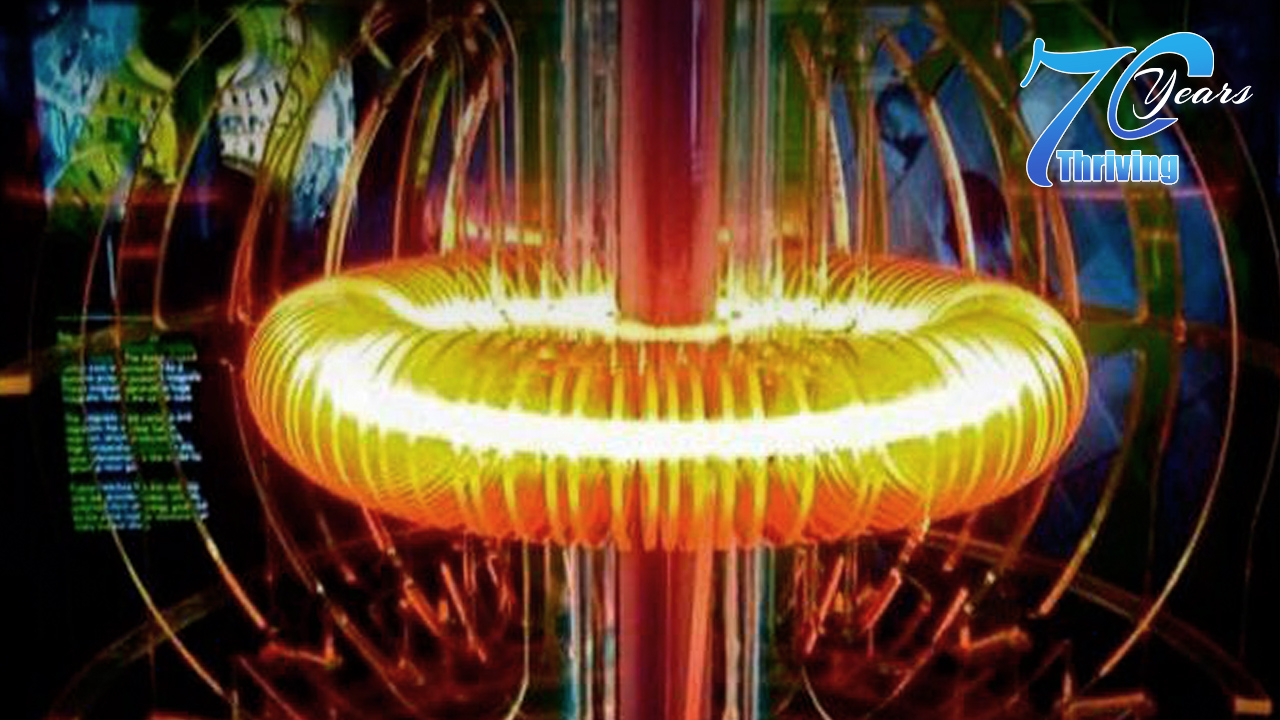 Humanity could have unlimited clean energy by the mid of this century when an "artificial sun," a device designed to mimic the nuclear fusion process the real sun uses to generate energy, is expected to be used commercially.
Researchers at China's Southwestern Institute of Physics, the country's oldest and largest research center for magnetically confined nuclear fusion technology, are optimistic that this could probably first happen in China.
The Institute is on the way to complete building a crucial upgraded experimental “artificial sun” by the end of this year, which will be one of the most advanced such devices in the world, and will bring humanity a step closer to ultimately solving its energy problems. 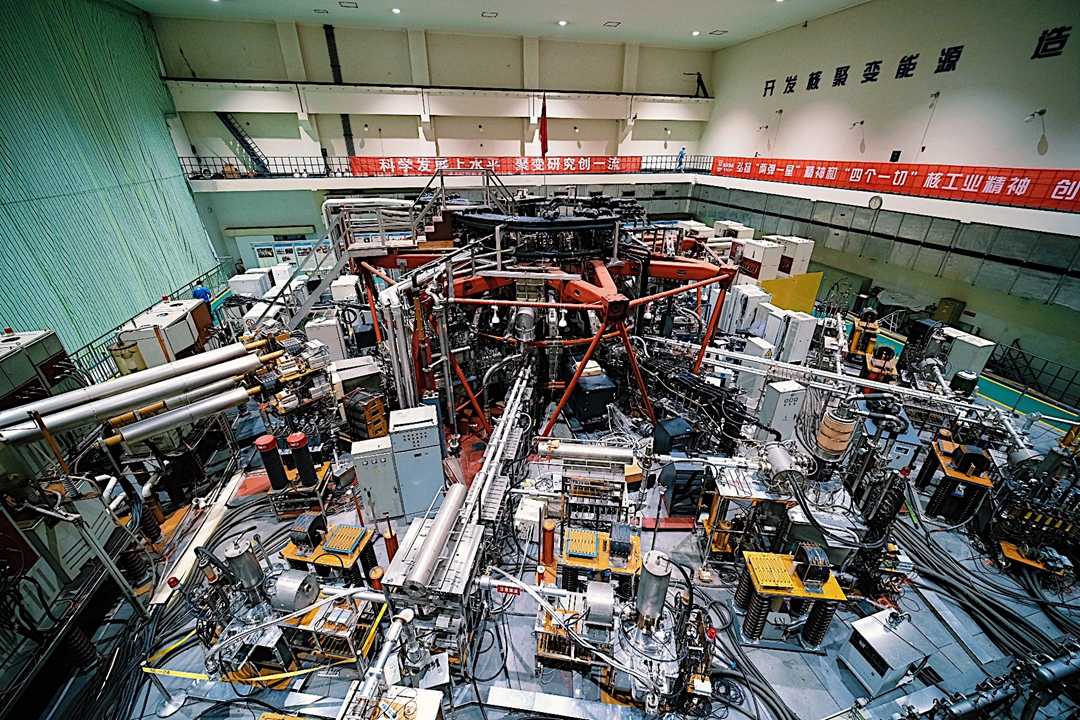 The current "artificial sun" device at the Southwestern Institute of Physics in southwest China's Chengdu City, Sichuan Province. The Institute is on the way to complete an upgraded one by the end of 2019. /CGTN Photo

The current "artificial sun" device at the Southwestern Institute of Physics in southwest China's Chengdu City, Sichuan Province. The Institute is on the way to complete an upgraded one by the end of 2019. /CGTN Photo

What's an 'artificial sun'?
Simply speaking, it's a controlled nuclear fusion reactor, through which people are able to control the process of the fusion reaction, so as to use the heat released to generate electricity.
In a fusion reaction, two lighter atomic nuclei fuse to form a heavier nucleus, while releasing energy. 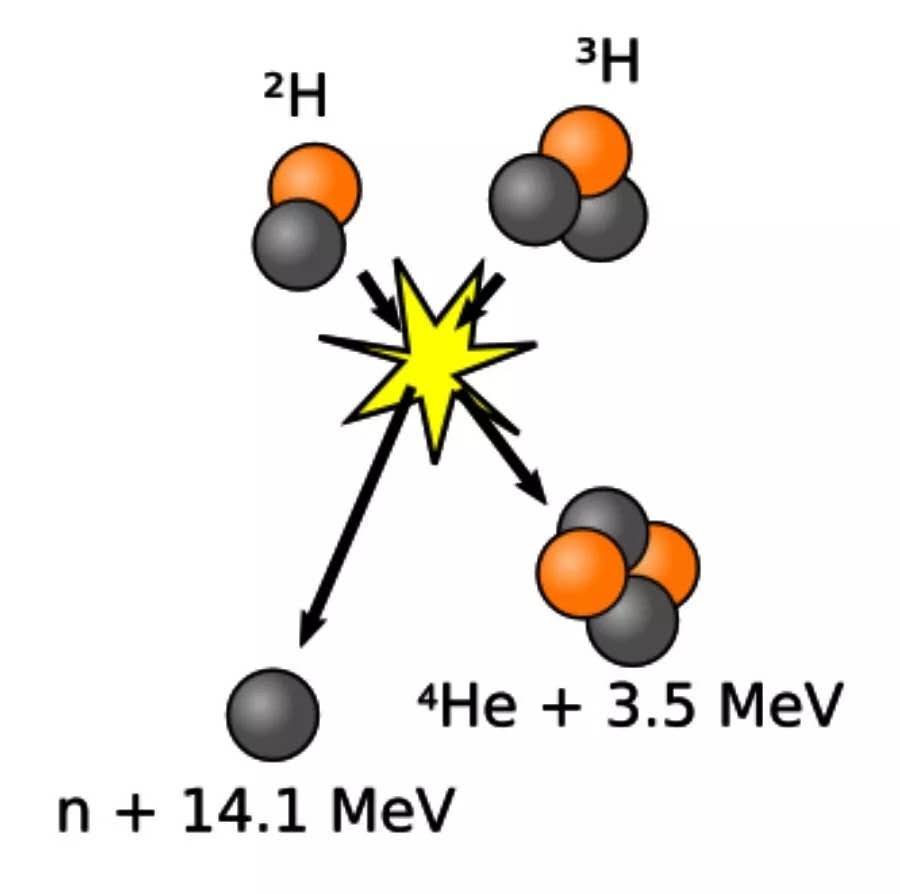 Fusion of deuterium with tritium creating helium-4, freeing a neutron, and releasing 17.59 MeV of energy. /Photo from Wikipedia

Fusion of deuterium with tritium creating helium-4, freeing a neutron, and releasing 17.59 MeV of energy. /Photo from Wikipedia

However, it requires very difficult conditions, among which extremely high temperature is a prerequisite.
At that temperature, the fuels for nuclear fusion, usually hydrogen isotopes such as deuterium and tritium, will exist in the state of plasma, which is composed of electrons and ions.
The device, called Tokamac, uses a powerful magnetic field to confine the hot plasma in the shape of a torus.
Fusion reactions in such devices will only start when the temperature of the ions reaches 100 million degrees Celsius, while the current ones in China can only reach an ion temperature of 50 million degrees Celsius.
But the new Tokamac to be completed, named HL-2M, is expected to achieve that for the first time in China, Dr. Zhong Wulyu, a research fellow at Southwestern Institute of Physics, told CGTN.
"Judging from several key performance parameters, HL-2M will be the most advanced  Tokamak in China, and also one of the leading devices worldwide, comparable to those in the U.S. and Europe," he said. 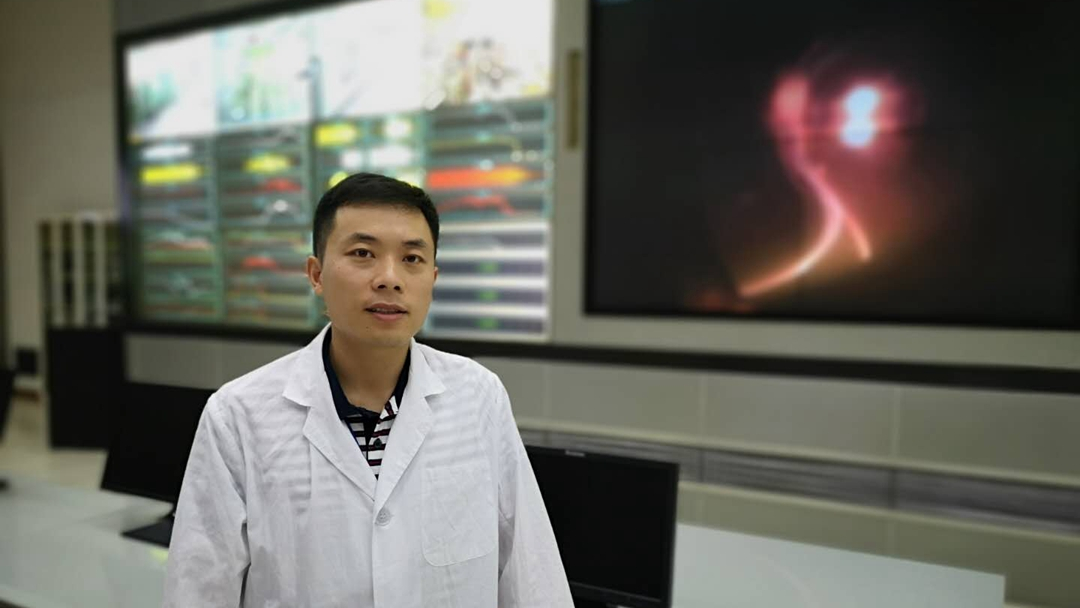 Why is fusion power highly anticipated?
Firstly, the fuels for nuclear fusion are abundant in nature. Deuterium can be extracted from seawater, and tritium can be produced in the fusion reaction itself.
In a complete fusion reaction, the deuterium extracted from one liter of seawater will release energy equivalent to that of 300 liters of gasoline.
What's more, a fusion reactor would produce no greenhouse gas or other pollutants, and little nuclear waste.
It's also an inherently safe energy, as the reaction will stop immediately once the required conditions are cut out.
Therefore, scientists worldwide are working to make the controlled fusion reaction take place in a more practical and economical way.
International Thermonuclear Experimental Reactor (ITER), a major project initiated in 1987, involves scientists from 35 countries and aims at the commercial use of the new energy.
China has undertaken nine percent of the research tasks in the project, and is now at the forefront in terms of research level, with a series of internationally advanced research outcomes, according to Zhong.