Brexit: no one is satisfied
Zhu Zheng 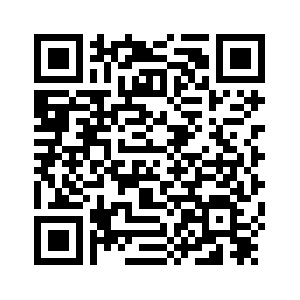 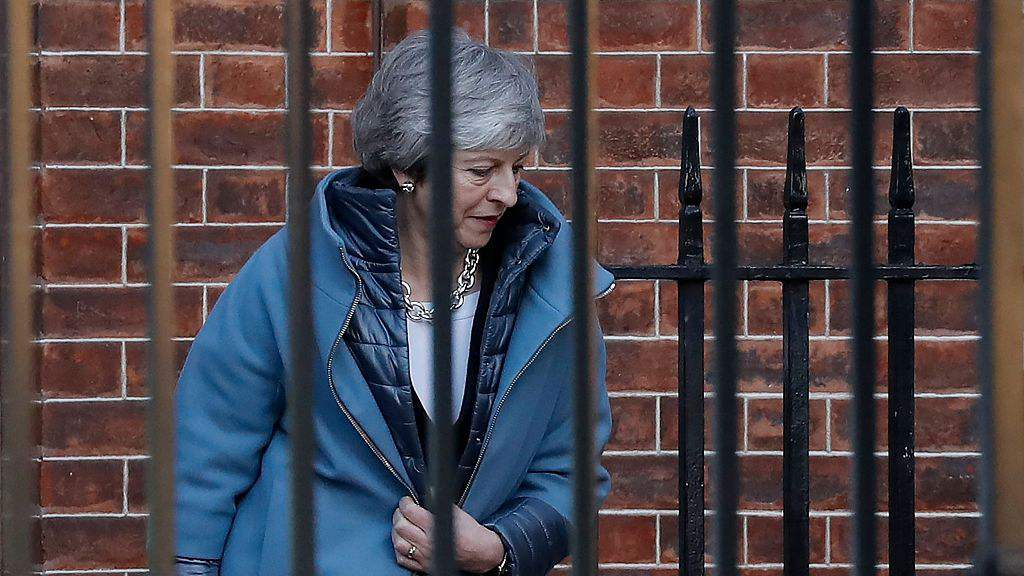 Editor's note: Zhu Zheng is an assistant professor at the Law School with China University of Political Science and Law. The article reflects the author's opinion, and not necessarily the views of CGTN.
On February 14, Theresa May's motion was defeated by 303 votes to 258 in Parliament again. The motion agreed on January 29 by the Commons was thought to be fairly uncontroversial, but hardline Brexiters conceived that the plan endorsed an amendment which ruled out a no-deal Brexit.
The motion was voted down because the Tory European Research Group (ERG)'s abstained. Members of the ERG were unhappy with the wording of the motion that “rejects the United Kingdom leaving the European Union without a withdrawal agreement.”
Although Downing Street issued a statement playing down the defeat, and insisting that nothing much has changed, the shenanigans in parliament inflicted torments on international and domestic fronts. 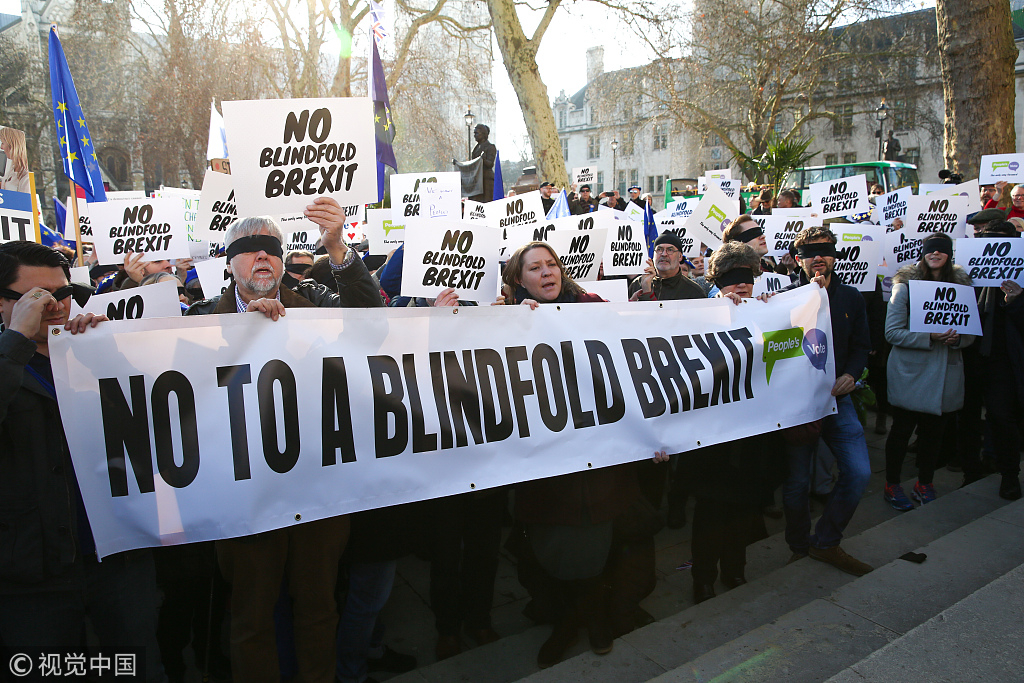 Blindfolded demonstrators were seen holding a banner during the protest in London, UK, Feburary 14, 2019. /VCG Photo

Blindfolded demonstrators were seen holding a banner during the protest in London, UK, Feburary 14, 2019. /VCG Photo

On the international front, while May kept asking for a delay to Brexit, and some revisions to the deal with the EU, the new defeat prompts the EU to wonder if the UK's Brexit fate is still in the prime minister's hands. This would lead to concessions from the EU even harder in the following negotiations.
On the domestic front, the result of the vote not only failed to break the political deadlock, but also exposed the bad blood between members of parliament (MPs) more clearly than ever, and above all, it signaled the splits of the Tory party.
First of all, the result indicated that nothing has changed when it comes to the Brexit logjam: the government will keep weaponizing the no-deal repercussion and terrifying parliament into supporting May's deal.
At the same time, hardliners welcome the sound of the ticking clock running down towards no deal. And those sitting in the middle will keep their fingers in their ears and simply sitting out the Brexit before making their move.
Second and most worryingly, the lost signifies that the Prime Minister has no control of her own party, and the wrestling within the Tory is being stretched to a pretty much breaking point.
Yet as the prime minister is now seeking to convince Brussels that she could still win parliamentary support for any concessions they offer, May will be keen to avoid an outbreak of disunity; she still holds out hope that opposing factions of Tory MPs could swing behind an amended withdrawal agreement out of fear that the alternative would be worse. 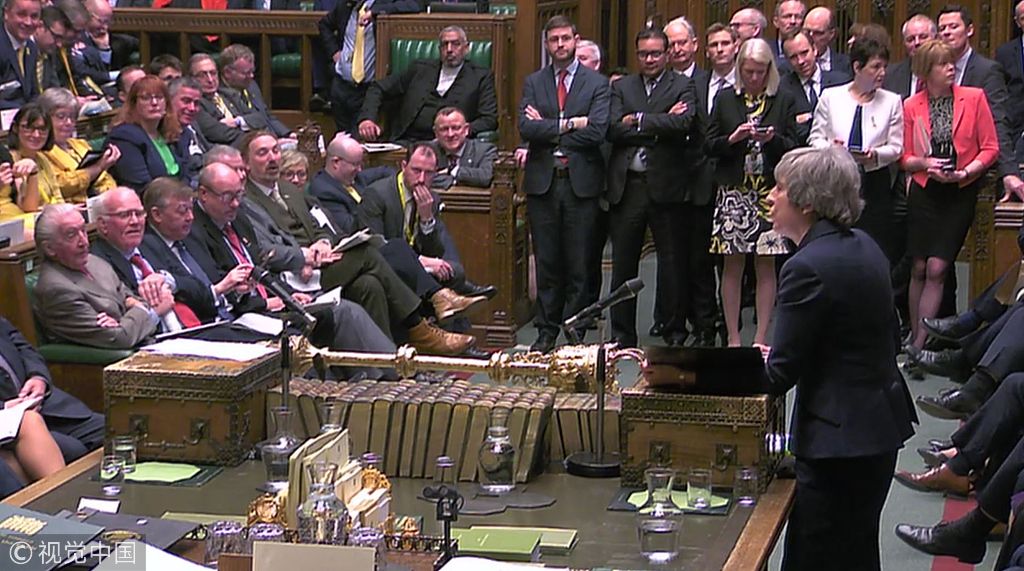 However, this is pretty much a delusion. After all, the pro-Brexit supporters within the Tory party are already angry about the comments from No. 10 which bounced them into proponents of May's deal as the only alternative to a delayed Brexit.
Moreover, as promised, Theresa May will make a statement to parliament on her progress on February 26, and then to allow lawmakers to debate the issue on February 27. While not involving a vote on May's Brexit plan, the debate will give MPs a chance to bring forward alternative courses of action.
But with May's plan being voted down on Thursday, and serious disunity within the Tory party at this moment, it seems clear that whatever alternatives tabled in the parliamentary showdown – be it May's deal, a referendum, extension of article 50, or no-deal Brexit – MPs will be dissatisfied.
Therefore, the Thursday defeat is more or less a rehearsal of the political Armageddon in two weeks time, and it would be better for Theresa May to prepare well.
Read more:
A whole picture of Brexit
A pricy cost of Brexit
(If you want to contribute and have specific expertise, please contact us at opinions@cgtn.com)