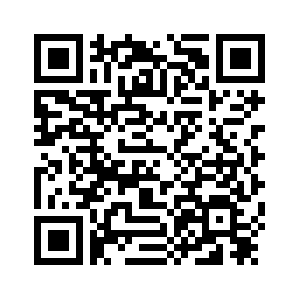 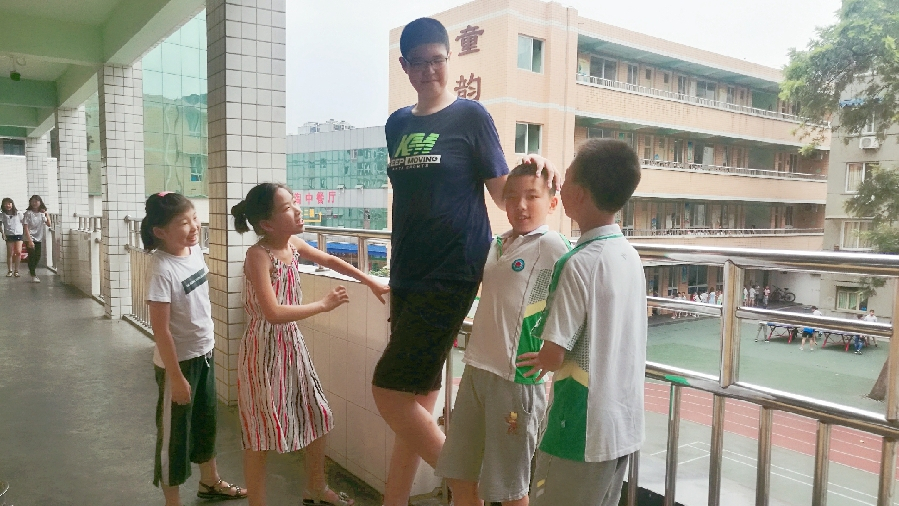 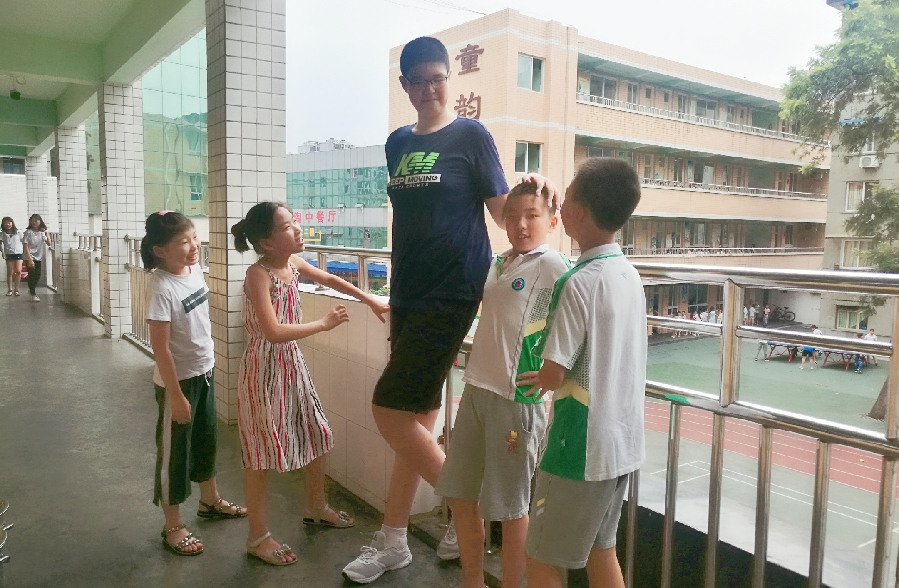 Xiaoyu stayed with his clasmates at school. /Photo via Chengdu Business Daily

Xiaoyu stayed with his clasmates at school. /Photo via Chengdu Business Daily 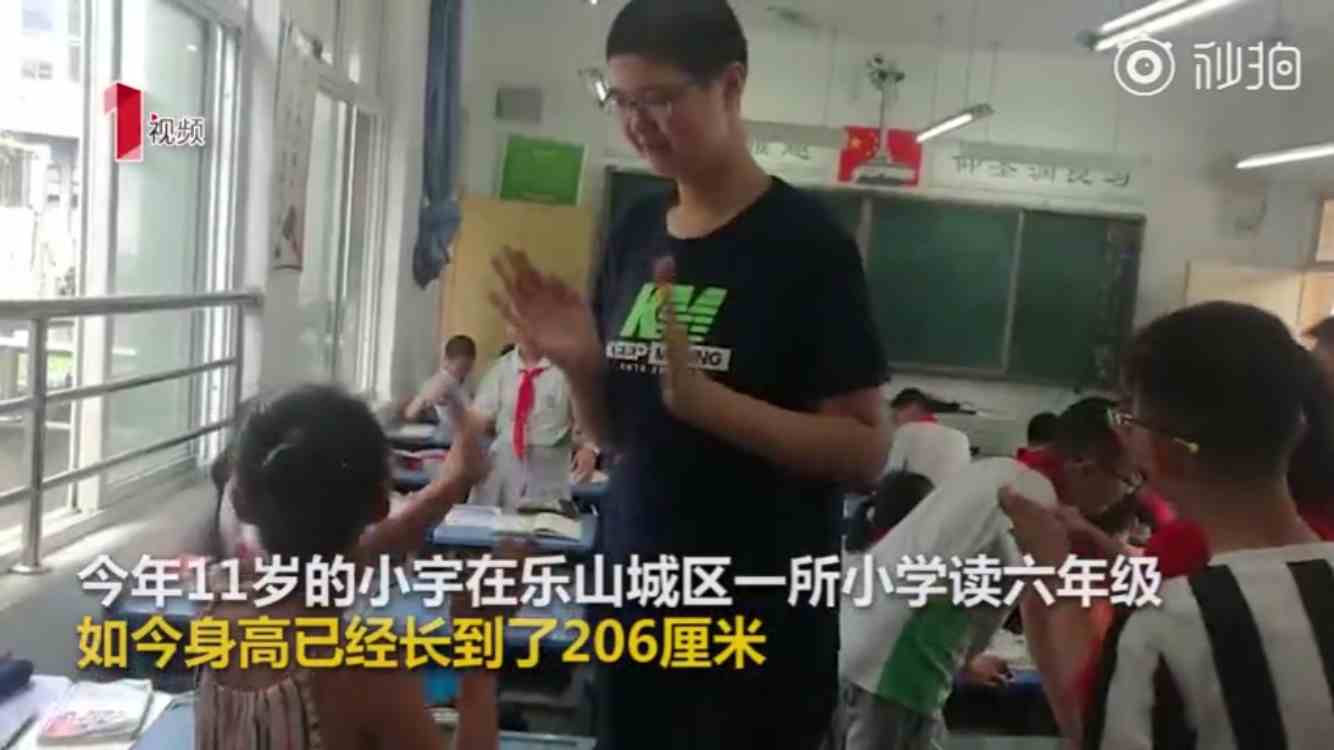 Xiaoyu is playing games with his classmate after class. /Photo via Chengdu Business Daily

Xiaoyu is playing games with his classmate after class. /Photo via Chengdu Business Daily

Worried about Xiaoyu’s height, his parents have taken him to the local hospital several times for health tests. Initially, the doctor suspected that Xiaoyu might have gigantism. However, his test have all come back normal and he is simply tall.
Xiaoyu seems to owe his extraordinary height to his family’s genes. According to Xiaoyu’s grandmother, Xiaoyu’s parents measure over 1.9 meters and 1.8 meters respectively. And his grandparents were also enormous, who were at the height of 1.9 meters and 1.75 meters respectively. 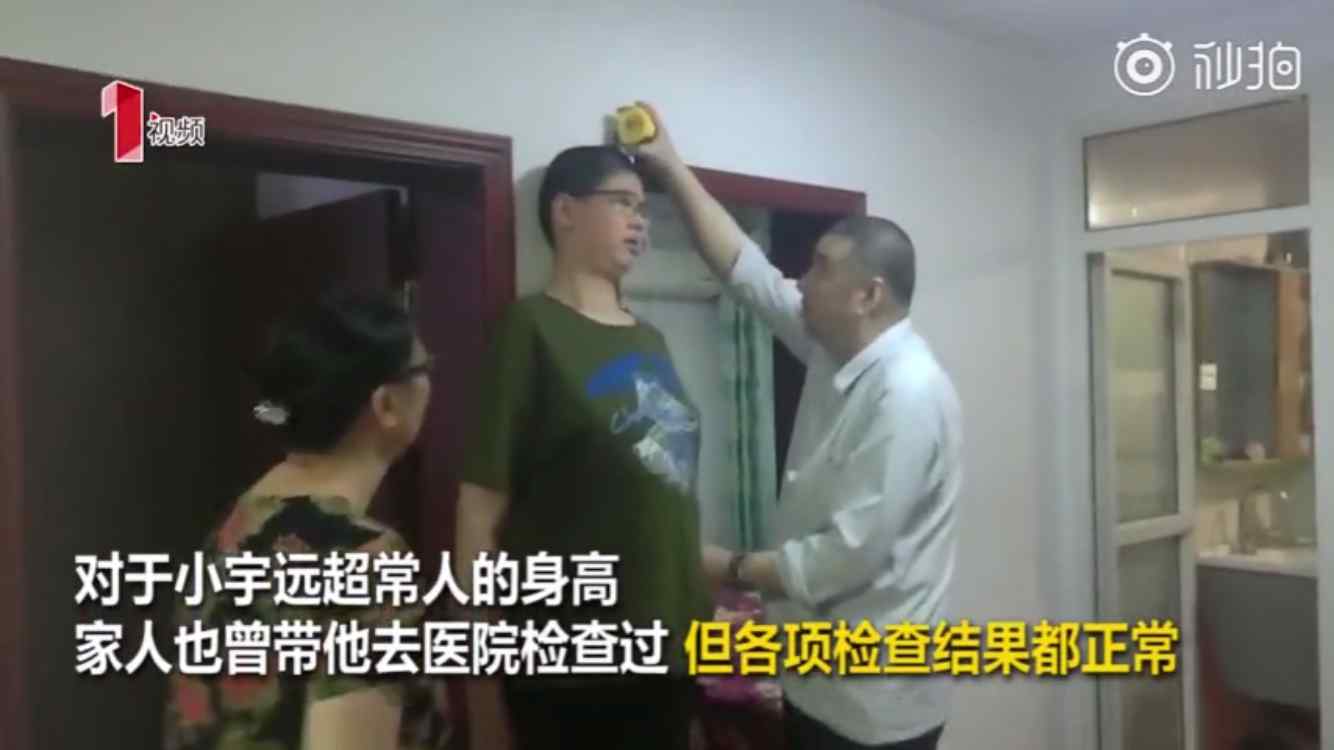 However, his height hasn't always been an advantage – especially as a young child. When he was in kindergarten, he used to cover the tag identifying him as a kindergartner, because others assumed he was much older because of his height.
When he entered primary school, he was always troubled with hitting his head to the door frame or the edge of the wall when he went downstairs.
But what bothered him most was the never-ending attention from others. After the age of eight, Xiaoyu began to feel uncomfortable about the attention he received from strangers on the street. He was once called as a giant at the age of 10 by his schoolmate and he was so sad that he locked himself in his room for the whole day. 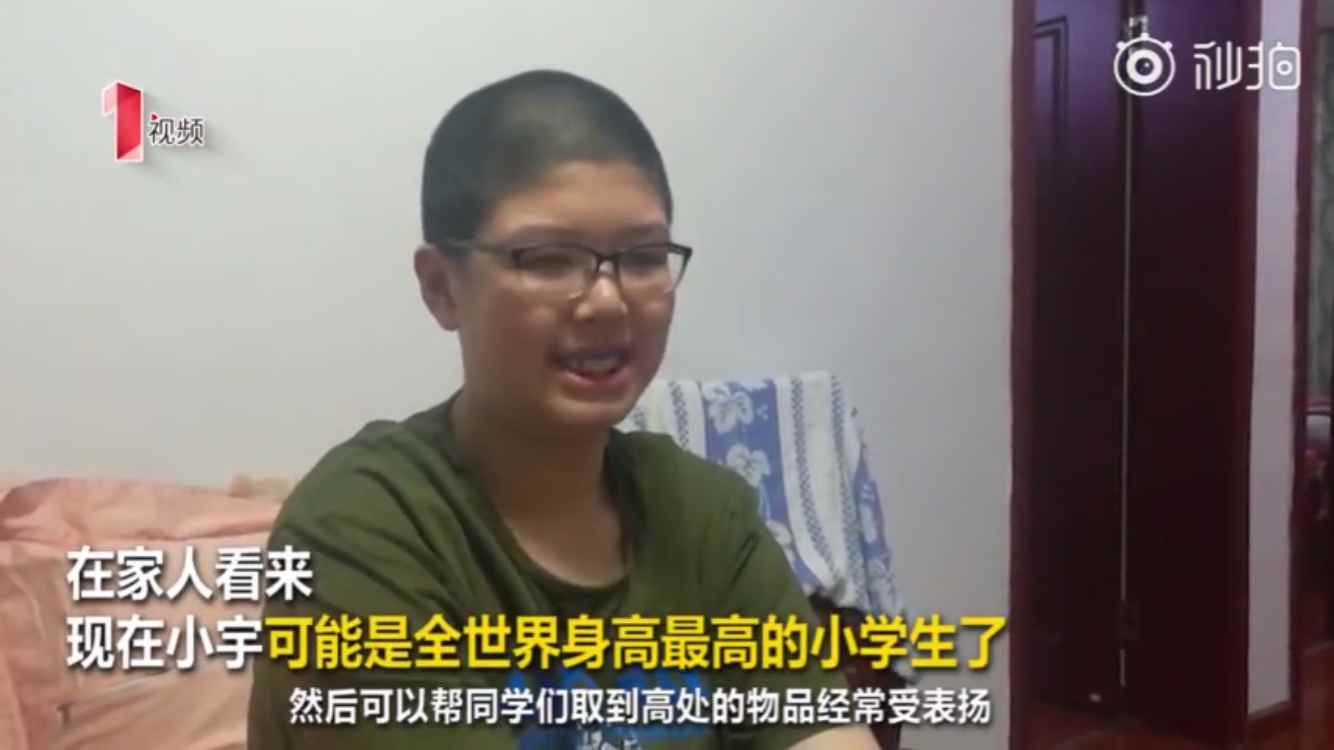 Xiaoyu talked about the teasing he's gone through due to his towering height. /Photo via Chengdu Business Daily

Xiaoyu talked about the teasing he's gone through due to his towering height. /Photo via Chengdu Business Daily

However, with the comfort and understanding of his parents, teachers and classmates, Xiaoyu no longer feels embarrassed about his height and has started to accept himself. When asked whether he'd be okay with getting taller, his response is conflicted: “I’m struggling with the idea. I do hope that I can keep growing and break the Guinness Record. But it won’t be convenient for me to go outside if I grow higher since I would always hit my head.”
According to the Guinness World Records consulting company in Beijing, the current record for the world’s tallest male teenager was 215.9 centimeters. The company said that Xiaoyu is potentially the tallest primary school student in the world and they could only confirm the result when his legal guardian submits an application.
“Xiaoyu is only 11 years old and he had already reached the height of 2.06 meters. Considering that he is still growing, we don’t know how high he will be when he is at 18,” said Xiaoyu’s grandmother. She said that the family would like to apply for the Guinness World Records for Xiaoyu if he is willing.