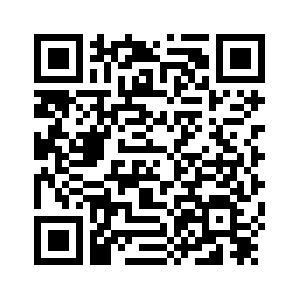 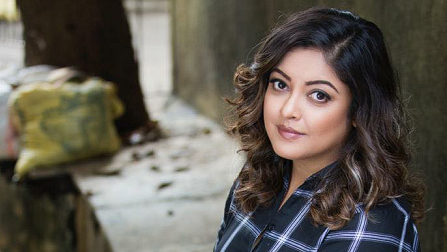 "Time's up" for Bollywood?
"When I shared my story ten years back, I was slut shamed, threatened and forced to quit the industry," Bollywood actress Tanushree Dutta told CGTN in an exclusive interview.
The former Miss India went public last month with an allegation of sexual assault in 2008 by her co-star and veteran actor Nana Patekar during the shooting of a film.
"He was grabbing me by the arms, pushing me around" Tanushree told CGTN, adding that he was forcing the film's choreographer to include an intimate sequence with her.
Patekar has denied all the allegations, saying, "This case is 10 years old, what was true then is true today."
But Tanushree claims things are different now. "Something has changed, [the] #MeToo movement in the West has changed people's mindset in Bollywood" said Tanushree whose allegations triggered the #MeToo movement in India.
Last year, the #MeToo movement rocked Hollywood, leading to the downfall of several top producers and high profile actors. Now a deluge of allegations of sexual misconduct and inappropriate behavior has shaken the 1.2 billion US dollar Indian film industry
"I am surprised and gratified to witness what's going on, companies are being dissolved, big producers and directors are being sacked, films are being dropped from platforms," a thrilled Tanushree told CGTN. 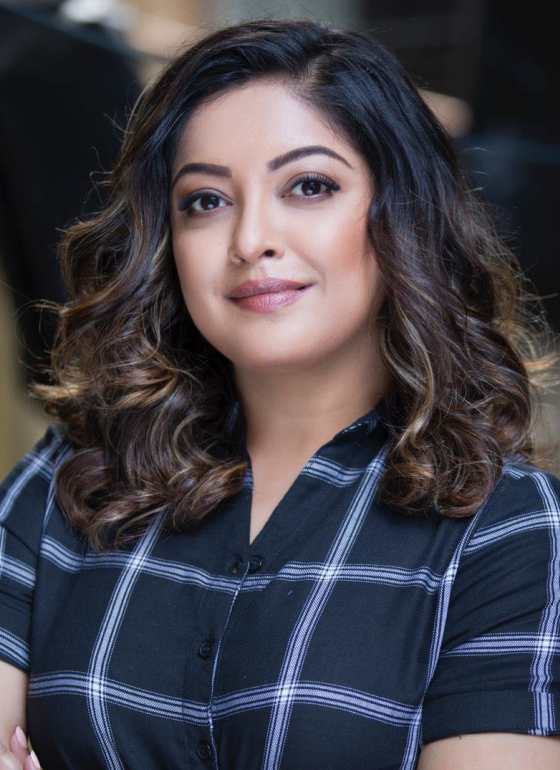 While many top Bollywood celebrities have refrained themselves from publicly commenting on Tanushree's case, several others have come out in her support urging others to stand up and break the silence.
"Silence is a big problem in the industry, many other actresses don't speak up because they are selfish, they think it's okay [because] it's not happening to them," said Tanushree while explaining why many actresses choose to remain silent on sexual abuse.
"A strong message is being sent out; now they will think twice before doing something wrong to a woman," said Tanushree.

Tanushree's decision to name and shame her alleged violator has opened the floodgates, with several women in the industry coming out and sharing their stories with the world, prompting many to ask if "Time's up" for Bollywood?
One of the cases Tanushree might have prompted to come forward is accusations against Bollywood director Vikas Bahl. Huffpost India published a report on October 6 accusing him of sexually assaulting a female crew in 2015. Within hours, a leading production house where Bahl was a co-founder got dissolved.
While Bahl has denied the charges, three more actresses have leveled similar allegations of inappropriate behavior against him 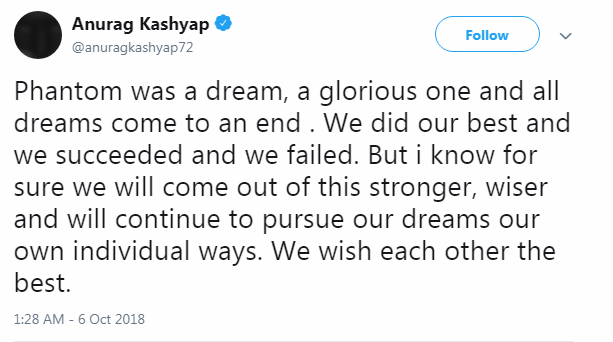 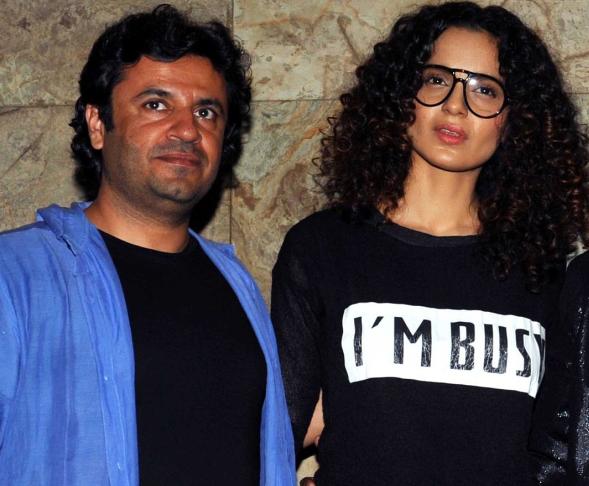 Bollywood star Aamir Khan on Thursday released a statement on Twitter announcing that he's walking away from an upcoming project saying he has been informed of "sexual misconduct" on the part of a collaborator. 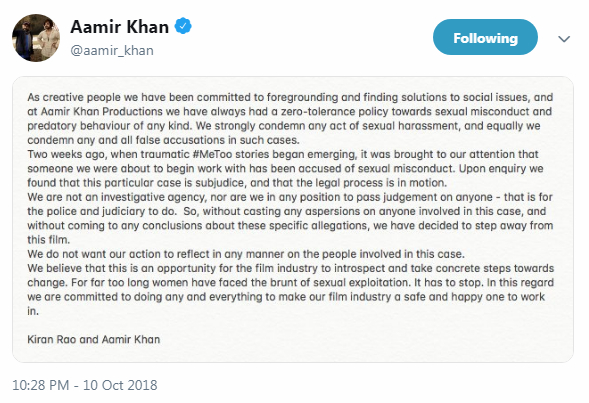 A popular comedy group called "All India Bakchod" (AIB) was jolted when two comedians it worked with faced harassment allegations, forcing its CEO and co-founder to step down.
Since then, a film produced by AIB has been dropped from the prestigious Mumbai Film Festival and the third season of a television show featuring the group was canceled by popular Indian streaming website Hotstar. 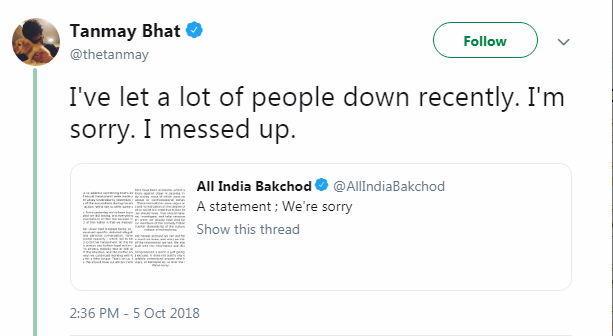 #MeToo: Beyond Bollywood!
The movement sparked by Tanushree's actions soon engulfed the country's political class and media industry, with female journalists sharing incidents of harassment by their superiors at work.
Several senior editors for renowned media establishments have been either sacked or sent on immediate leave pending investigation in the last one week.
"I don't think #MeToo is about putting people into jail. For women it's about naming and shaming their abusers, for others to see organizations act against perpetrators. The impact is already seen, journalists have had to step down from their posts or resign; actors, directors and comedians have had their films pulled down or dropped from platforms," eminent Indian journalist Nidhi Razdan told CGTN. 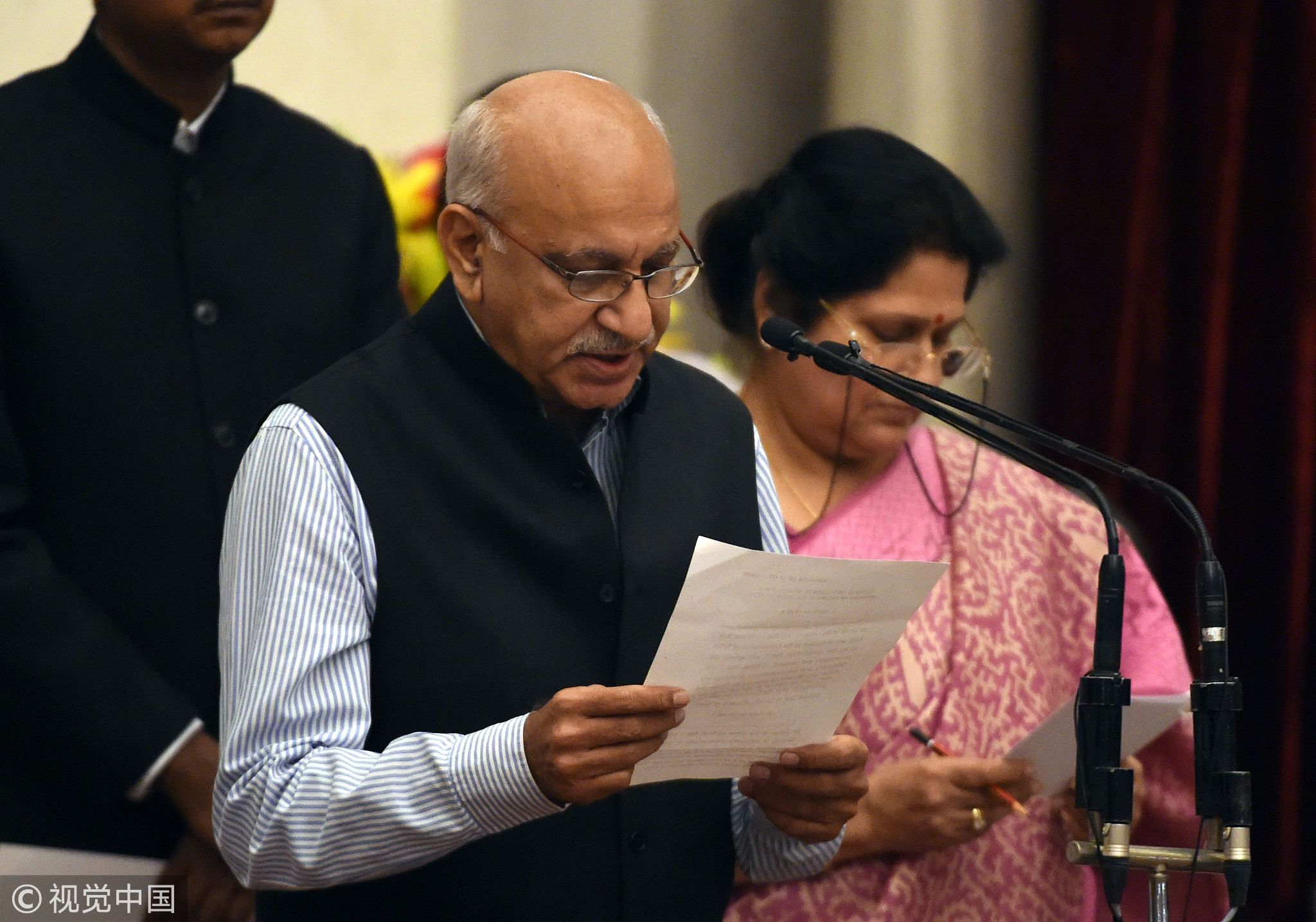 MJ Akbar, a former prominent newspaper editor who is now a junior foreign minister in the Indian government, is the latest entrant to the list of alleged perpetrators. He is accused of predatory behavior, including inviting young women to hotel rooms for "meetings".
He was first named by senior journalist Priya Ramani, who retweeted an article she had written for Vogue India a year ago titled "To the Harvey Weinsteins of the world" in which she recounted what she called her first experience of workplace harassment.
Since then, five other women have also come forward with their own stories, naming Akbar.

The Narendra Modi led government is facing mounting pressure to take action against its own minister. 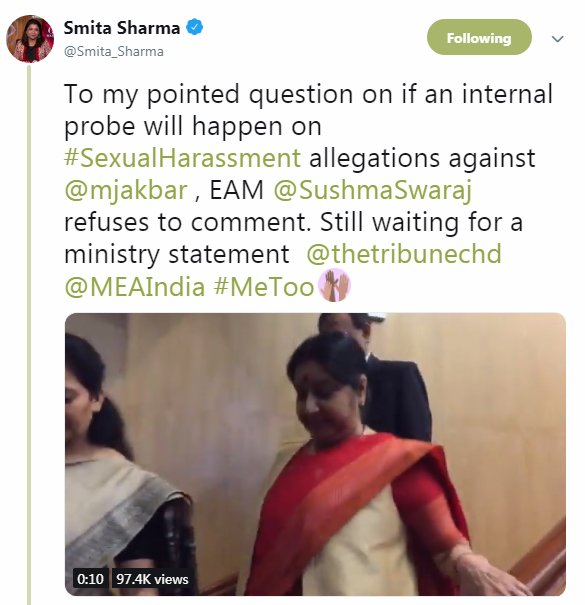 Sushma Swaraj, India's foreign minister and Akbar's boss - and a strong female leader in her own right - has evaded questions on allegations against Akbar.
While speaking to CGTN, Smita Sharma, deputy editor of The Tribune, said that, "She is one of the only two women ministers in the government, the least the government can do is to issue a statement. We are just asking for a probe, is it too much to ask for?"