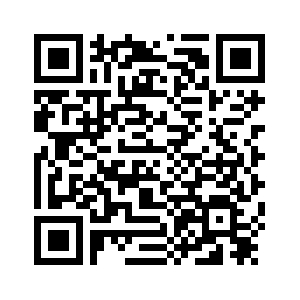 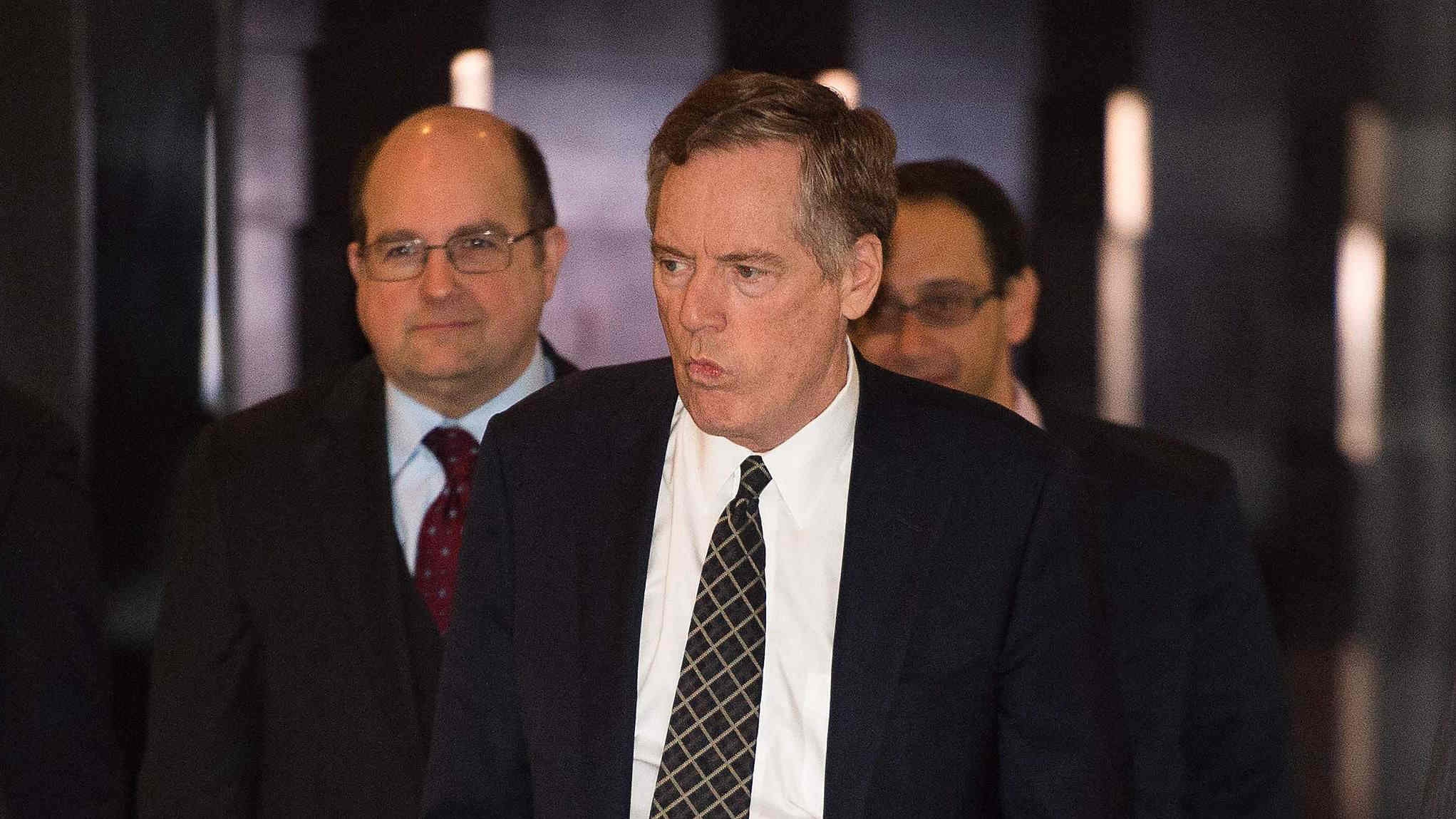 The outcome of this week’s trade talks in Beijing between Chinese and American delegations should give some hint as to whether a trade war is coming or can be averted. Was the Trump administration's plan to use tariffs and tough talk as a negotiating tool to ply open some sectors of the Chinese economy and win some advantages leveraging the American market? Or is the United States committed to constraining the rise of China in the economic realm as well?
Widely divergent opinions exist among scholars and policymakers about the current and future direction of US-China relations. Most would agree, however, that economic interdependence has helped salve the otherwise nascent strategic and geopolitical rivalry in military power and capabilities.
The threat of direct economic conflict and a trade war would jeopardize the fragile stability between these two great powers and exacerbate the ongoing distrust and suspicion on both sides toward the long-term aspirations and motivations of the other.
Talks between high-level Chinese and American negotiating teams in Beijing from May 3-4 could be remembered down the road as the moment calamity was avoided or the time when relations severely deteriorated. 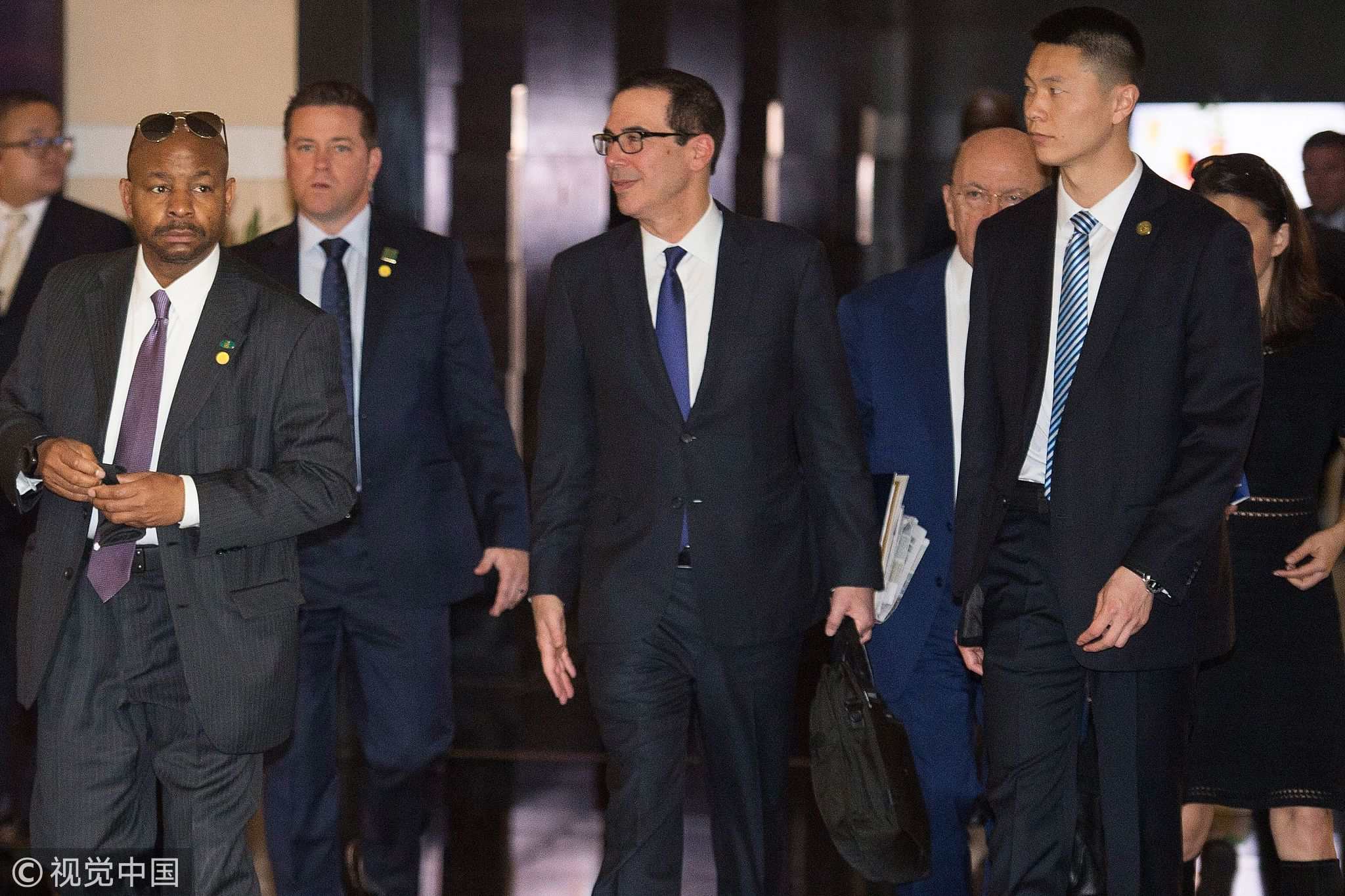 US Treasury Secretary Steven Mnuchin (C) and US Commerce Secretary Wilbur Ross (2nd R-partly hidden) walk through a hotel lobby as they head to Diaoyutai State Guesthouse to meet Chinese officials in Beijing on May 4. /VCG Photo

US Treasury Secretary Steven Mnuchin (C) and US Commerce Secretary Wilbur Ross (2nd R-partly hidden) walk through a hotel lobby as they head to Diaoyutai State Guesthouse to meet Chinese officials in Beijing on May 4. /VCG Photo

Xinhua News reports that both sides will use dialogue and consultation to resolve relevant economic and trade issues, but that both sides recognize that considerable differences exist, while the US team has returned to Washington to brief President Trump and we await a US statement. Unfortunately, prospects for mutual agreement are unlikely given the vast differences between the stated goals of each side.
In particular, the United States is essentially asking China to change its entire economic system, to discard its state-led model of development, socialism with Chinese characteristics.
The Americans are calling for an end to subsidies for state-led investments in emerging sectors such as robotics, artificial intelligence, semiconductor development, and aircraft manufacturing and to reduce tariffs or taxes on imports into the Chinese market.
These are fundamental pieces of the model of political economy used to drive the East Asian economic miracle not only in China, but in South Korea and Japan before. The American preference for market-driven growth and private sector investment is an alternative model but not one that can be negotiated into another country’s central planning.
Moreover, US tactical desires, for instance that China should not retaliate against US imposed tariffs or unilaterally reduce the trade deficit by 200 billion US dollars by 2020 are reminiscent of 19th century impositions by Western countries on China and frankly unreasonable.
Commitments to respecting intellectual property rights are appropriate and a logical starting point for talks, but that issue now pales in comparison to the other points of contention.
For its part, China wishes for the United States not to block Chinese investment for national security reasons and to relax its prohibition on technology transfer such as to ZTE. 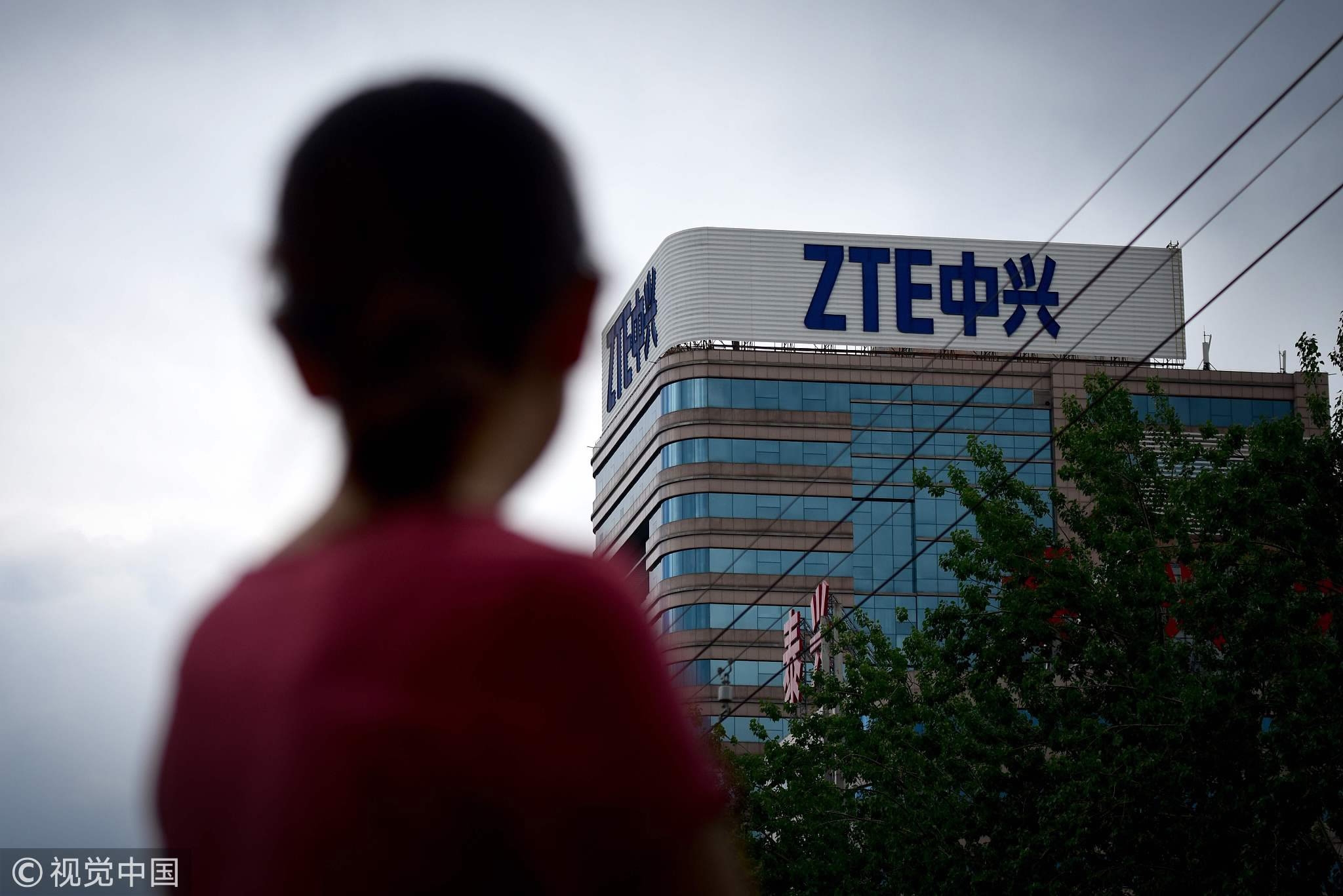 The Trump position has rattled world markets and challenged the consensus in Washington and on Wall Street that the US and China are mutually interdependent in finance, trade, and investment.
These talks may have helped to clarify the position of the United States on trade, which has been murky. For that, we will have to wait and see Trump’s next steps.
Where do we go from here? Trump may be positioning himself for more tough talk on China heading into the 2018 midterm elections and the 2020 presidential election (the target date for reducing the trade deficit).
Trump may also be committed to building a ‘trade coalition of the willing’ and luring Europe into a long-term economic contest with China that seeks to freeze out Chinese investment and seeks to penalize the Chinese economy and stymie its growth.
Chinese leaders will have to decide whether to accommodate or confront these requests, make small concessions in the near term or ignore American demands and continue building Belt and Road links to Asia, Africa, and Europe and perhaps seek to freeze out America.
We will also see how the US business community reacts, as many sectors of the American economy, including banks and investment funds, are committed to an interdependent, win-win, and respectful economic relationship between the world’s two largest economies, just as China has been.
(James Rae is a Fulbright visiting scholar at Beijing Foreign Studies University. The article reflects the author's opinion, and not necessarily the views of CGTN.)