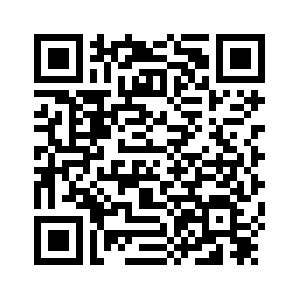 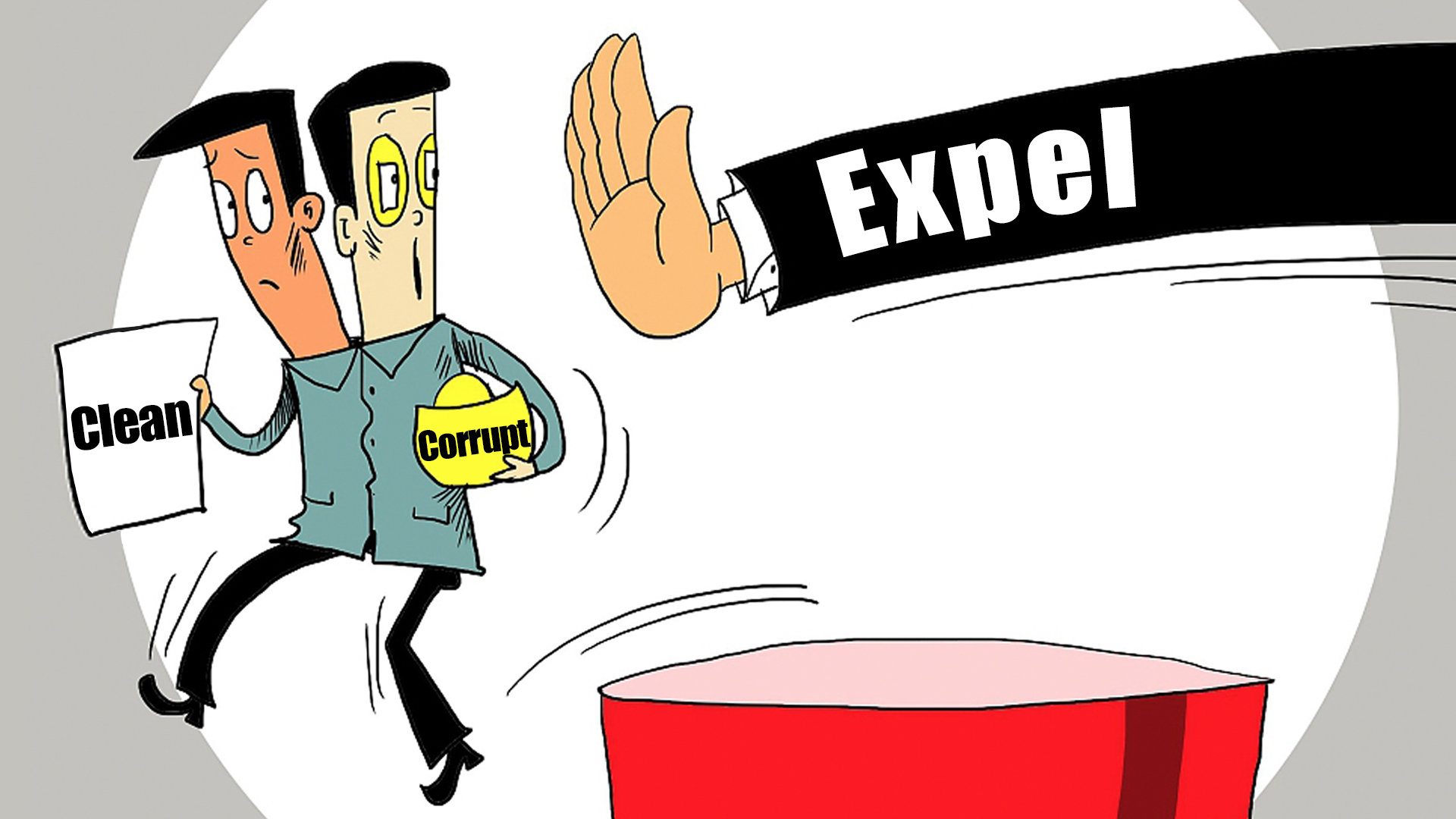 Zhao Zhengyong was a senior member of the Communist Party of China (CPC), representing the Party in northwest China's Shaanxi Province as the chief of the provincial CPC committee – until he fell from grace. He was the latest in a string of high-ranking officials who were caught in an entangled web of corruption despite their seemingly squeaky clean public image.
On January 15, the country's top anti-graft body announced that the former provincial Party chief is under investigation for suspicions of having severely violated the CPC's disciplinary rules.
Experts say that Zhao and his likes are typical examples of duplicitous officials – saying one thing but doing the complete opposite.
Their deeds do not match their words; they shout slogans like "the fight against corruption never ends" in the presence of other officials while being corrupt; they claim they are true Marxists but engage in superstitious activities; they appear to be clean-handed while being knee deep in greed.

The man behind the money

Zhao, 68, hails from east China's Anhui Province and started his career there as a civil servant. In 2001, he left Anhui and began working in northwest China's Shaanxi Province. 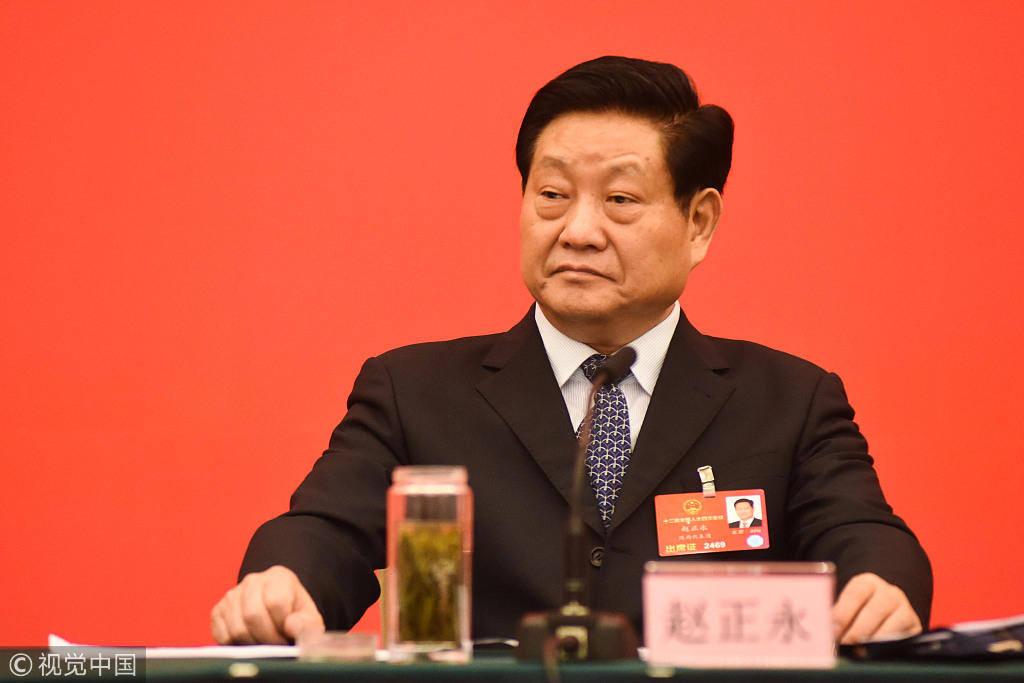 Zhao Zhengyong, former secretary of the Shaanxi Provincial Committee of the CPC, attends a meeting during the "Two Sessions" in Beijing, March 3, 2016. /VCG Photo

Zhao Zhengyong, former secretary of the Shaanxi Provincial Committee of the CPC, attends a meeting during the "Two Sessions" in Beijing, March 3, 2016. /VCG Photo

The highest position he had reached was secretary of the Shaanxi Provincial Committee of the CPC, which he held from December 2012 to March 2016.
However, his performance lacked luster and Zhao was keener on doing business instead of serving the people.
Domestic media describe Zhao as having made very few political achievements, with his contributions to the people being almost "nonexistent."
The man developed and interacted mainly with three types of people: Tennis partners, wealthy entrepreneurs, and blood relatives or townsmen.
Around 70 people were part of Zhao's "tennis circle," including high-ranking officials and entrepreneurs. Some got promoted when Zhao served in Shaanxi Province, according to China Newsweek.
Back in late November 2014, a signed article by Zhao stated that zero tolerance must be practiced against behaviors of officials violating the Party disciplines, especially those involved in buying or selling government posts – a declaration that would later be used against him.
The article was published by the China Discipline Inspection and Supervision Newspaper, the official publication of the China CPC Central Commission for Discipline Inspection (CCDI), the country's corruption watchdog.
Zhao was a bureaucratic "strongman" closely involved with the appointment of high-level government officials in a number of districts and counties, especially economically developed ones in exchange for preposterous sums of money – as much as 30 million yuan (4.44 million U.S. dollars), according to Caixin Magazine.
"Behaviors of officials who talk the talk without walking the walk are against the fundamental purpose of the CPC," Liu Suhua, a professor at the Party School of the CPC Central Committee, told CGTN Digital, adding that serving the people wholeheartedly is the fundamental purpose of CPC as a ruling Party.
Months before Zhao was caught in the anti-corruption net, news of an official in charge of corruption prevention in Shaanxi Province being probed for violating the Party ideals surfaced in August 2018.
The official was identified as Hu Chuanxiang, also from Anhui Province.
Hu is Zhao's nephew, according to the Global Times, citing insiders. China Newsweek reported that Hu was suspected of being involved in real estate transactions.
"On one hand, they make known their position publicly; while on the other hand, they have their own plans," Hu Xingdou, a professor at the Beijing Institute of Technology and an anti-corruption expert, told CGTN Digital, adding that officials like Zhao are duplicitous.

Unable to see the big picture 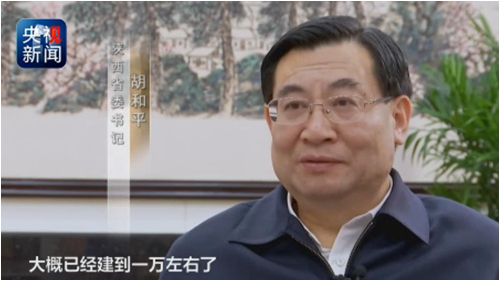 CGTN Screenshot of Hu Heping, secretary of the Shaanxi Provincial Committee of the CPC, during a CCTV feature program broadcast on January 9, 2019.

CGTN Screenshot of Hu Heping, secretary of the Shaanxi Provincial Committee of the CPC, during a CCTV feature program broadcast on January 9, 2019.

A feature program broadcast on January 9 on China Central Television (CCTV) about ‍illegal villas construction‍ at the foot of the Qinling Mountains, Shaanxi Province, showed several high-ranking officials in a different light. The officials were conducting self-criticism in front of the camera for not implementing instructions from President Xi Jinping to remove the unlawful structures in a timely manner.
Among them was Hu Heping, the incumbent secretary of the Shaanxi Provincial Committee of the CPC.
Zhao was not overtly mentioned, but media speculated that he was referred to indirectly.
President Xi had given orders to tear down the villas on six different occasions between May 2014 and July 2018. But his calls fell on deaf ears as Zhao, who was Party chief in the province from May 2014 to February 2016, did nothing.
The Qinling Mountains range is an important line dividing China into north and south, and supports a variety of plants and wildlife. Zhao himself had once presented himself as a guardian of ecological protection.
"Human beings must respect nature. If we don't, we'll get punished by nature," said Zhao, who was then governor of Shaanxi Province, to CCTV anchor Cui Yongyuan during the "Two Sessions"– China's most important political gathering – in March 2012.
The questions he answered at the time were related to relocation projects as part of poverty alleviation programs to benefit villagers living in the Qinling-Bashan mountains region.
"Officials who only care about local economic development but do not bear the environmental protection policy in mind are those who can't see the bigger picture," Liu told CGTN Digital.
Hu Xingdou, the anti-corruption expert, believes that interest groups are involved in the case of these illegal constructions.
"Without interest groups, duplicitous officials are short of money to buy over followers and cannot even get promoted," said Hu, adding that some top officials act as "local tyrants."
"As top officials, they must carry out the unified arrangements by the central government and play an exemplary role for others. This helps build a clean political environment," he added. 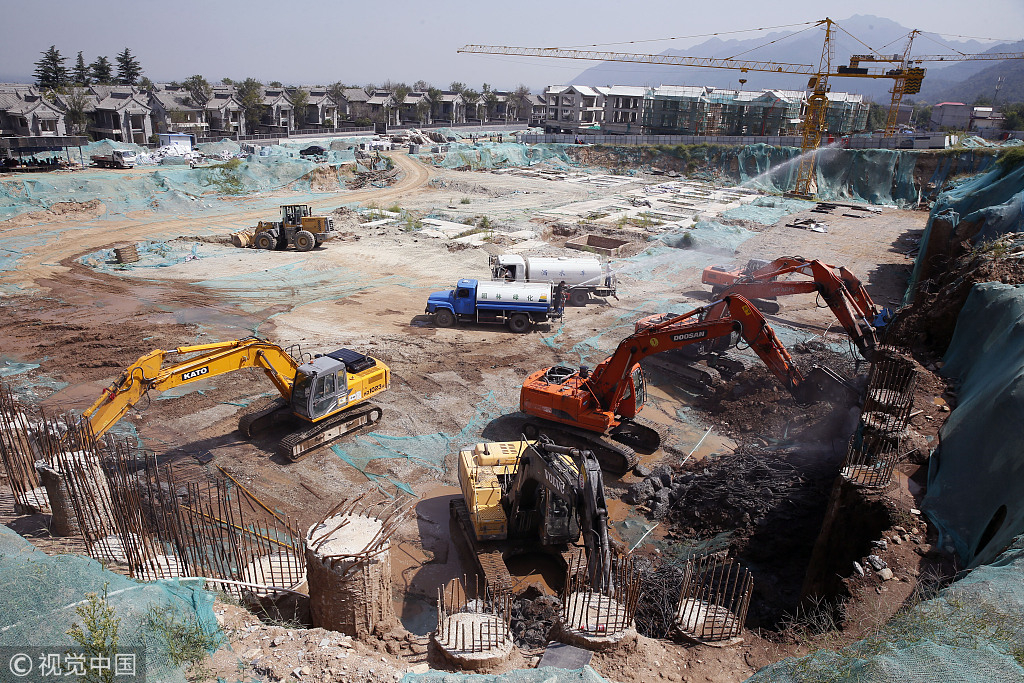 Illegal villas at the foot of Qingling Mountains are demolished, September 11, 2018. /VCG Photo

Illegal villas at the foot of Qingling Mountains are demolished, September 11, 2018. /VCG Photo

Political environment in need of rehabilitation

How to carry on the anti-corruption campaign is a challenge for Shaanxi authorities, but the bigger challenge is how to rehabilitate the ruined political environment, noted the Economic Observer last month.
"I feel guilty for not having found out on time that a duplicitous official was around us, and this makes me puzzled on how to get to know and evaluate officials comprehensively," bemoaned Zhao back in January 2015 referring to Zhu Zuoli.
Zhu was the former vice-chairman of the Shaanxi Provincial Committee of the Chinese People's Political Consultative Conference, and was then being investigated for suspected violations of discipline and laws.
What Zhao said at the time did not hold water, Beijing Youth Daily said in a report late last month, adding that, as Zhu's leader, Zhao often attended events together with his subordinate. 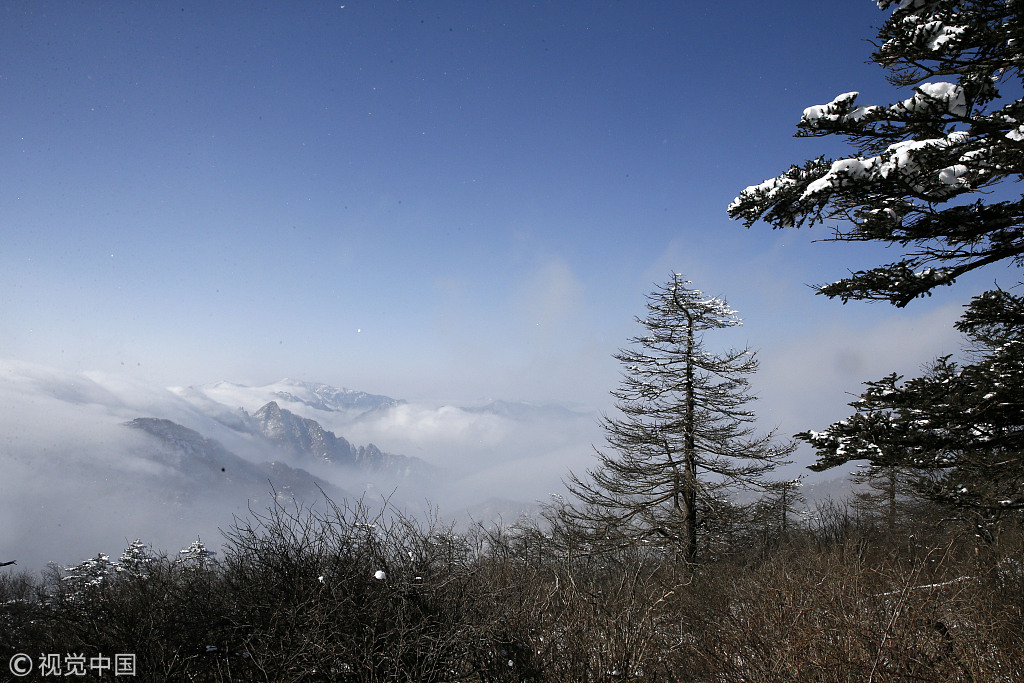 A view of the Qingling Mountains after snowfall, near Xi'an in Shaanxi Province, December 30, 2018. /VCG Photo

A view of the Qingling Mountains after snowfall, near Xi'an in Shaanxi Province, December 30, 2018. /VCG Photo

"Political ecology is similar to natural ecology because both can be polluted easily, and rehabilitation comes at a high cost," said President Xi during the "Two Sessions" in March 2018.
"Once the political environment is destroyed, circumstances of adverse selection in officialdom will occur," said Liu Suhua.
The expert said that when officials who are able to see the big picture without currying favor with their supervisors or offering bribes are kicked out, it is the country that suffers the most and the people pay the cost. The governing authority of the ruling Party will then be challenged, she explained.
A "democratic life meeting" presided by Liu Guozhong, governor of Shaanxi Province, was held on January 19. During the introspection gathering, officials criticized illegal constructions at the northern foot of the Qinling Mountains.
Over 1,000 illegal villas have been demolished since July last year. The provincial government unveiled an action plan to guarantee ecological protection of the Qinling Mountains on February 14, according to local media reports.