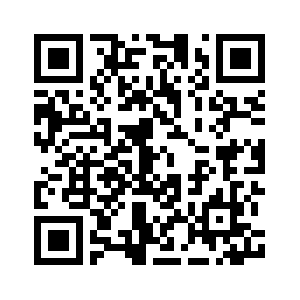 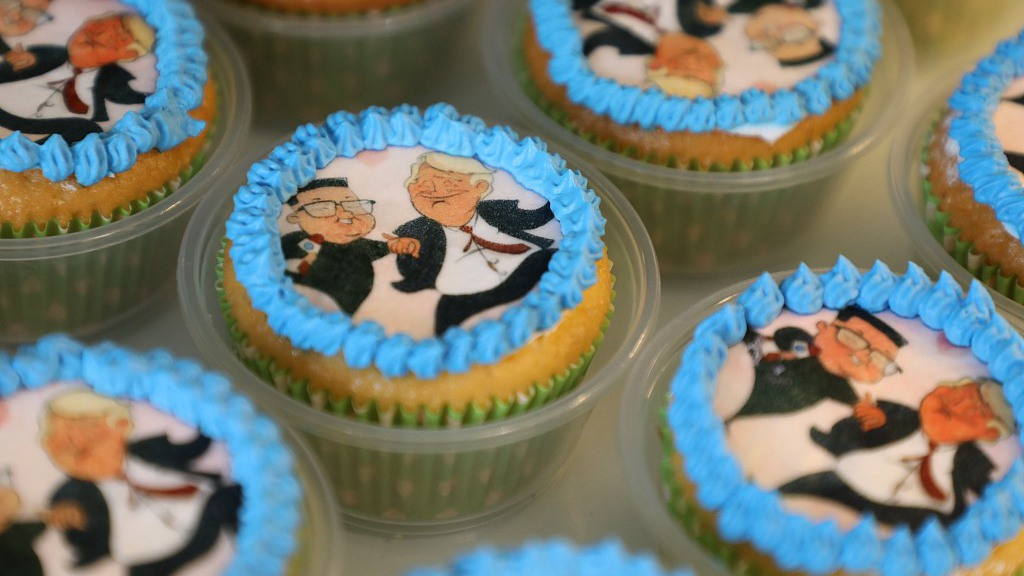 Editor's note: Le Hong Hiep is a fellow at the ISEAS-Yusof Ishak Institute, Singapore, and author of "Living Next to the Giant: The Political Economy of Vietnam's Relations with China under Doi Moi". The article reflects the author's opinion, and not necessarily the views of CGTN.
In Hanoi, Vietnam, this week for his second summit with U.S. President Donald Trump, Kim Jong Un, DPRK's 35-year-old leader, will not only be looking for a deal with the U.S. on the nuclear issue. His longer-term aim is to lift his country out of diplomatic isolation, gain relief from years of international economic sanctions, and reform the poverty-stricken “hermit kingdom,” enabling him to remain in power for decades to come.
As Kim charts his country's future course, he may find that Vietnam's own record over the past three decades is the most useful model to follow. This is why his separate bilateral visit to Vietnam this week is also very important, and should not be overlooked amid the fanfare surrounding the summit with Trump.
There are many similarities between the DPRK today and Vietnam before the latter opened up and adopted market reforms known as Doi Moi (renovation) in the late 1980s. Back then, Vietnam also was a command economy dominated by inefficient state-owned enterprises. Overspending on defense had led to widespread poverty and underdevelopment, and the country faced heavy international sanctions because of its occupation of Cambodia. 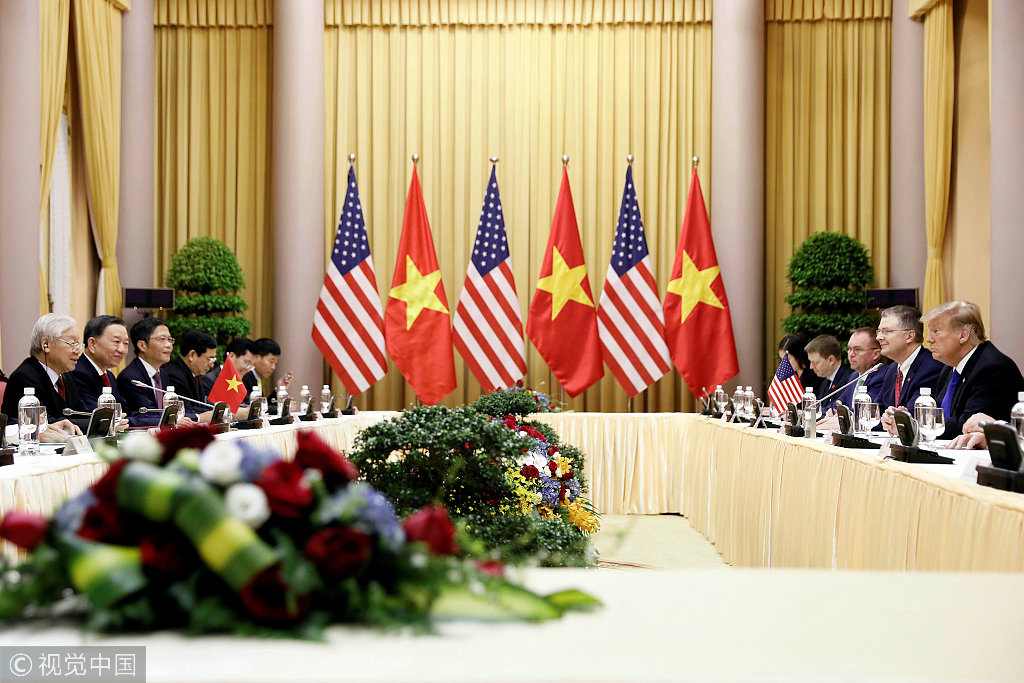 U.S. President Donald Trump and his Vietnamese counterpart Nguyen Phu Trong talk during a meeting at the Presidential Palace, ahead of the second U.S.-DPRK summit in Hanoi, Vietnam, February 27, 2019. /VCG Photo

U.S. President Donald Trump and his Vietnamese counterpart Nguyen Phu Trong talk during a meeting at the Presidential Palace, ahead of the second U.S.-DPRK summit in Hanoi, Vietnam, February 27, 2019. /VCG Photo

After 30 years of reforms, Vietnam's economy has grown thirtyfold, and the country graduated from low-income status in 2010. It is now one of the world's most open economies, with total trade more than double the size of its GDP.
More importantly, although Vietnam is not ruled by a strongman like Kim, the Communist Party of Vietnam (CPV) has a similar monopoly on power. Vietnam's economic reforms over the past three decades have strengthened the CPV's rule, not least by increasing the party's domestic and international legitimacy. This is no doubt of interest to Kim, who is deeply concerned about security for himself and his regime.
In terms of foreign relations, Vietnam also used to be a bitter enemy of the U.S. It was not until 1994 that the U.S. lifted its economic embargo on the country, paving the way for normalization of relations the following year. Since then, bilateral ties have steadily strengthened to their quasi-alliance level today. The U.S. is now Vietnam's largest export market and 11th-largest foreign investor, while Vietnam is an increasingly important market for American companies and a key partner in the U.S.'s regional security strategy.
If Kim genuinely wants to improve ties with the U.S. and undertake economic reforms, then Vietnam offers a more suitable model than China. First, Vietnam is much closer in size to the DPRK. China, by contrast, has over 1.4 billion people, giving the country's Communist Party room to implement policies that the DPRK and Vietnam could not afford. 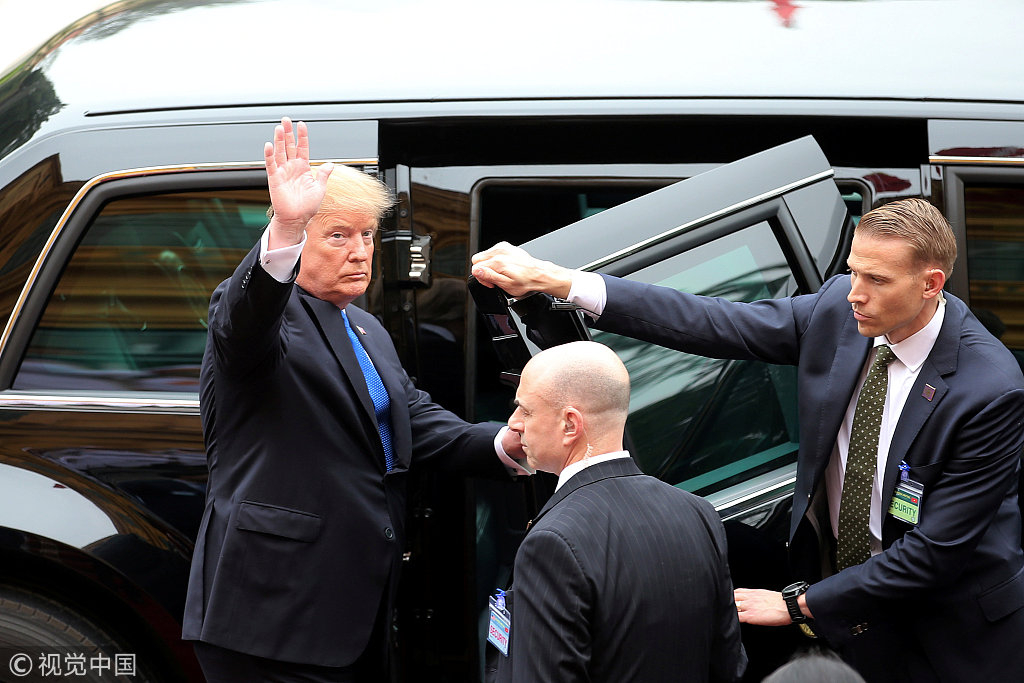 U.S. President Donald Trump waves after a meeting with his Vietnamese counterpart Nguyen Phu Trong (not shown) at the Presidential Palace, ahead of the second U.S.-DPRK summit in Hanoi, Vietnam, February 27, 2019. /VCG Photo

U.S. President Donald Trump waves after a meeting with his Vietnamese counterpart Nguyen Phu Trong (not shown) at the Presidential Palace, ahead of the second U.S.-DPRK summit in Hanoi, Vietnam, February 27, 2019. /VCG Photo

Second, and more importantly, Kim would not want to seem more dependent on China by adopting the Chinese model. This would make the DPRK vulnerable in the long run and hurt its efforts to normalize relations with the U.S., which now increasingly views China as a threat.
Just as Vietnam had to resolve the Cambodia issue in the 1980s before it could escape international sanctions and start to normalize relations with the U.S., the DPRK must resolve its nuclear issue before it can hope for any significant American rewards. And given the high stakes for both parties, it is unrealistic to expect a major U.S.-DPRK nuclear agreement after just a few rounds of negotiations.
Nonetheless, because this is the second summit, there are reasons to believe that the two sides will try to make concrete progress in Hanoi. Kim needs some positive outcomes to show his goodwill and to facilitate further talks with the U.S., while Trump needs another foreign-policy trophy to consolidate his domestic standing ahead of the 2020 presidential election.
One possible outcome might be a clearer definition of “denuclearization” of the Korean Peninsula. Or the U.S. and the DPRK may try to issue a declaration formally ending the Korean War, which technically has been ongoing since the fighting stopped in 1953 under an armistice agreement. 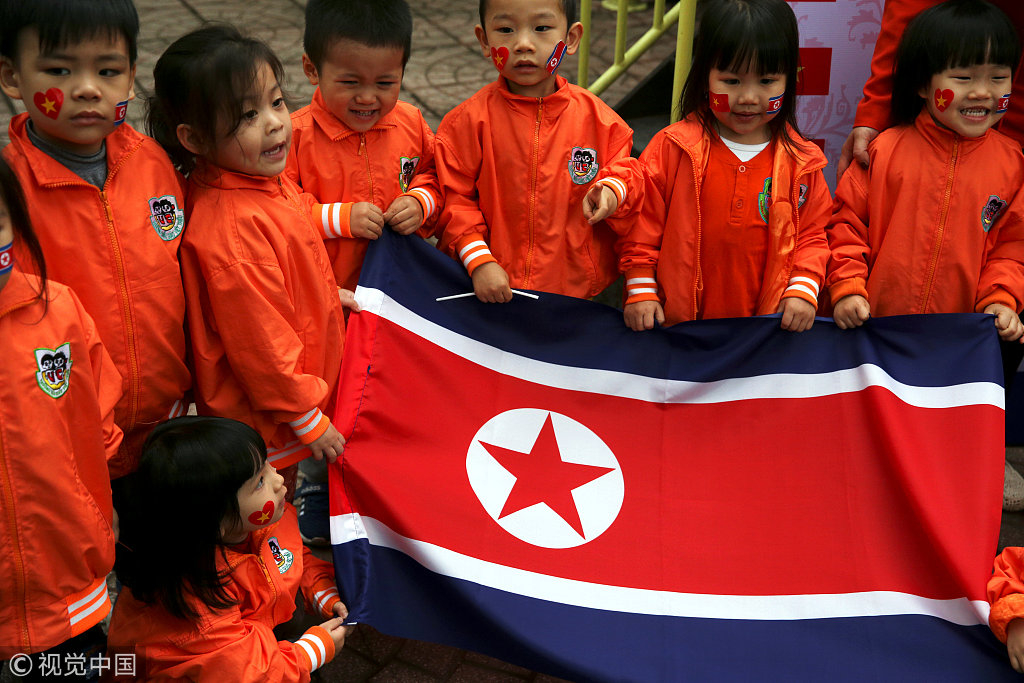 Children hold up a DPRK flag at the Vietnam-DPRK Friendship kindergarten, founded by DPRK Government in Hanoi, ahead of the DPRK-U.S. summit in Hanoi, Vietnam, February 27, 2019. /VCG Photo

Children hold up a DPRK flag at the Vietnam-DPRK Friendship kindergarten, founded by DPRK Government in Hanoi, ahead of the DPRK-U.S. summit in Hanoi, Vietnam, February 27, 2019. /VCG Photo

Regardless of the summit's outcome, Kim may want to heed another political lesson from Vietnam's dealings with the U.S. Some CPV leaders used to worry about U.S. intentions to overthrow their regime through “peaceful evolution,” a scheme to encourage liberal economic and political reforms in Vietnam that would ultimately erode the Party's rule. To assuage these fears, a 2013 U.S.-Vietnamese bilateral declaration included a commitment by both parties to respect each other's political systems.
DPRK may try to extract a similar commitment from the U.S. this week, arguing that undermining Kim's government is not in American interests. The overwhelming U.S. priority in East Asia now, and for decades to come, is to contain China's rise.
And, just as Vietnam has become increasingly independent of China since the Doi Moi reforms, a more economically dynamic and less isolated DPRK would serve U.S. strategic interests much better than a poor, China-dependent one.
True, we should not expect too much from this second U.S.-DPRK summit. We don't know whether Kim would ever seriously consider abandoning his nuclear weapons, or how sincere Trump is in engaging with the DPRK. But as the marked improvement in U.S.-Vietnamese relations over the past three decades shows, enmity need not be permanent. If the DPRK seeks to follow Vietnam's path, the U.S. will benefit, too.
Copyright: Project Syndicate, 2019.
(If you want to contribute and have specific expertise, please contact us at opinions@cgtn.com.)