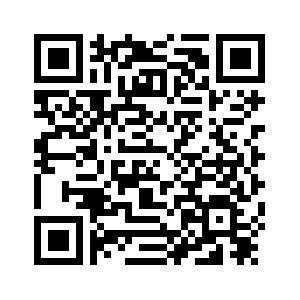 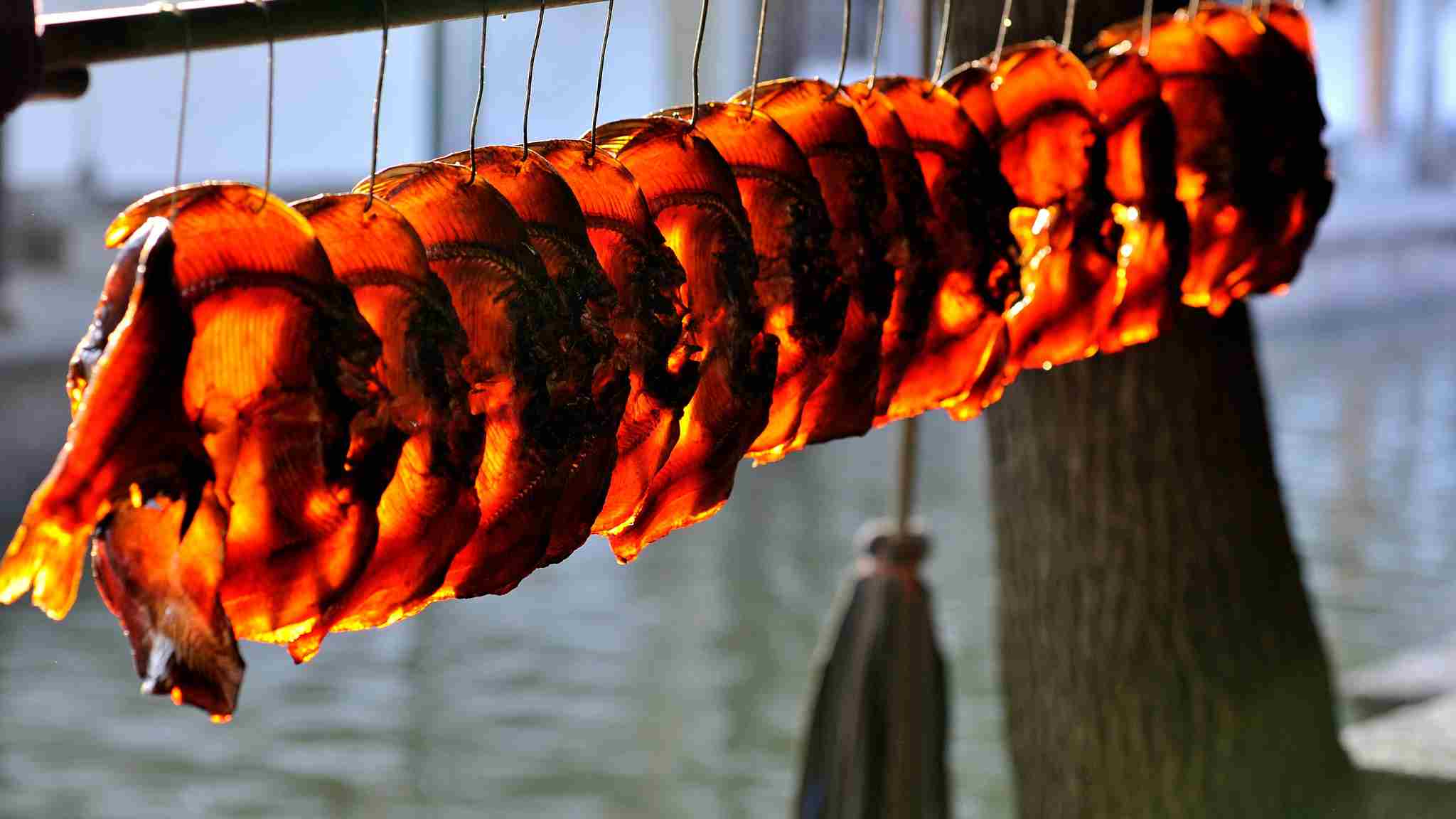 The last month of the lunar calendar used to be called the Hunting Month in more rustic times.
That was when traps were set in the wild to catch pheasants, rabbits, deer and wild boar in preparation for the rounds of feasting during the Spring Festival.
In spite of the urban spread of China's population, the year-end tradition of preserving meat is still very popular, with a variety of birds, fish and cuts of beef, mutton, and pork strung up in backyards and balconies to catch the winter wind and sun. 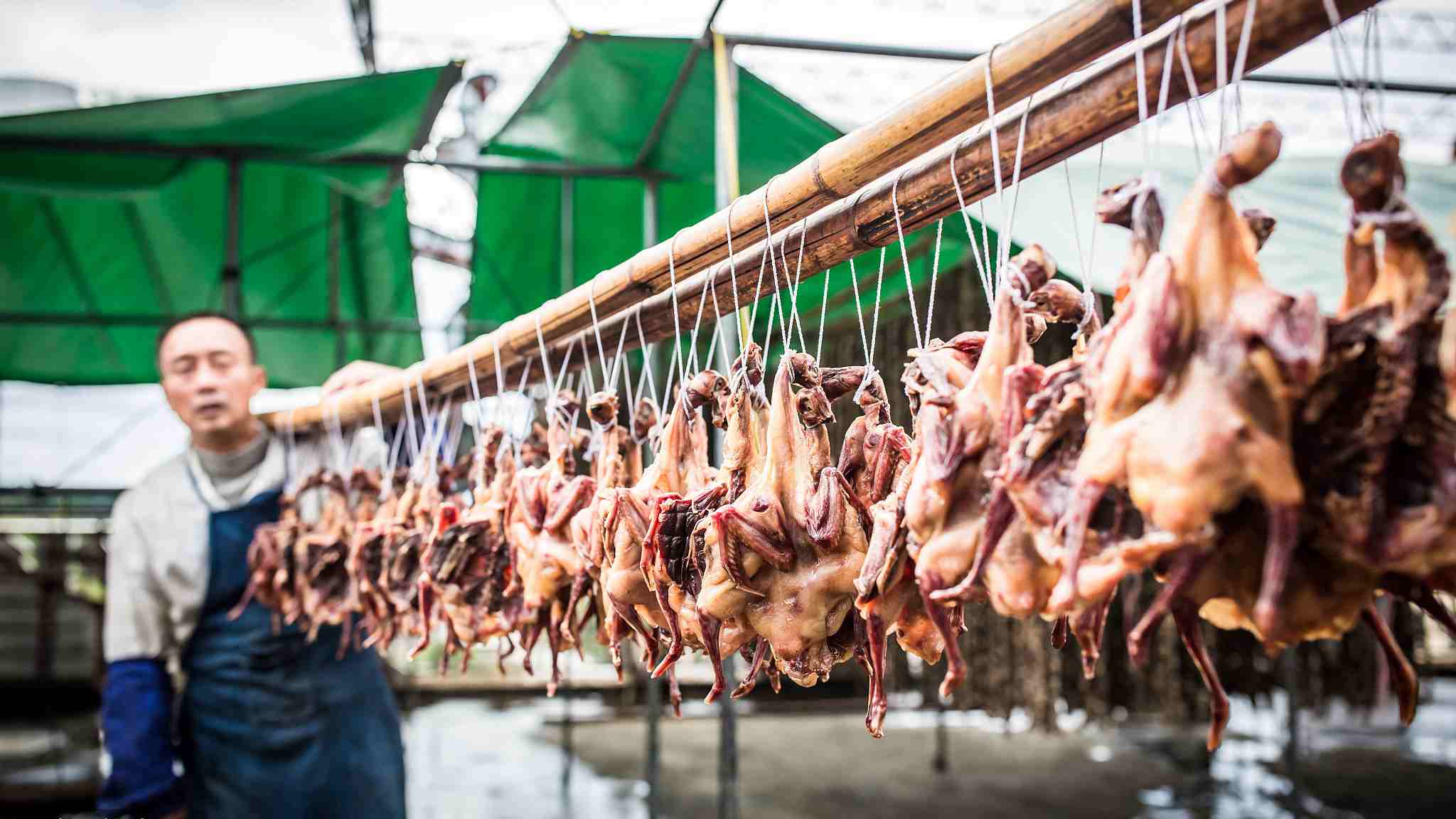 Let's start from the southern part of China where Cantonese cured meats form elaborate displays at Lunar New Year markets.
Sausages are made from hand-cut belly pork and marinated in salt, plenty of sugar and quality Chinese yellow liquor, which tinges the links with that characteristic red.
This is also the time when fresh duck or goose livers are marinated in spices, sugar and liquor, and stuffed into intestines. These, unlike the meat sausages, are seasonal delicacies only available for a limited time. 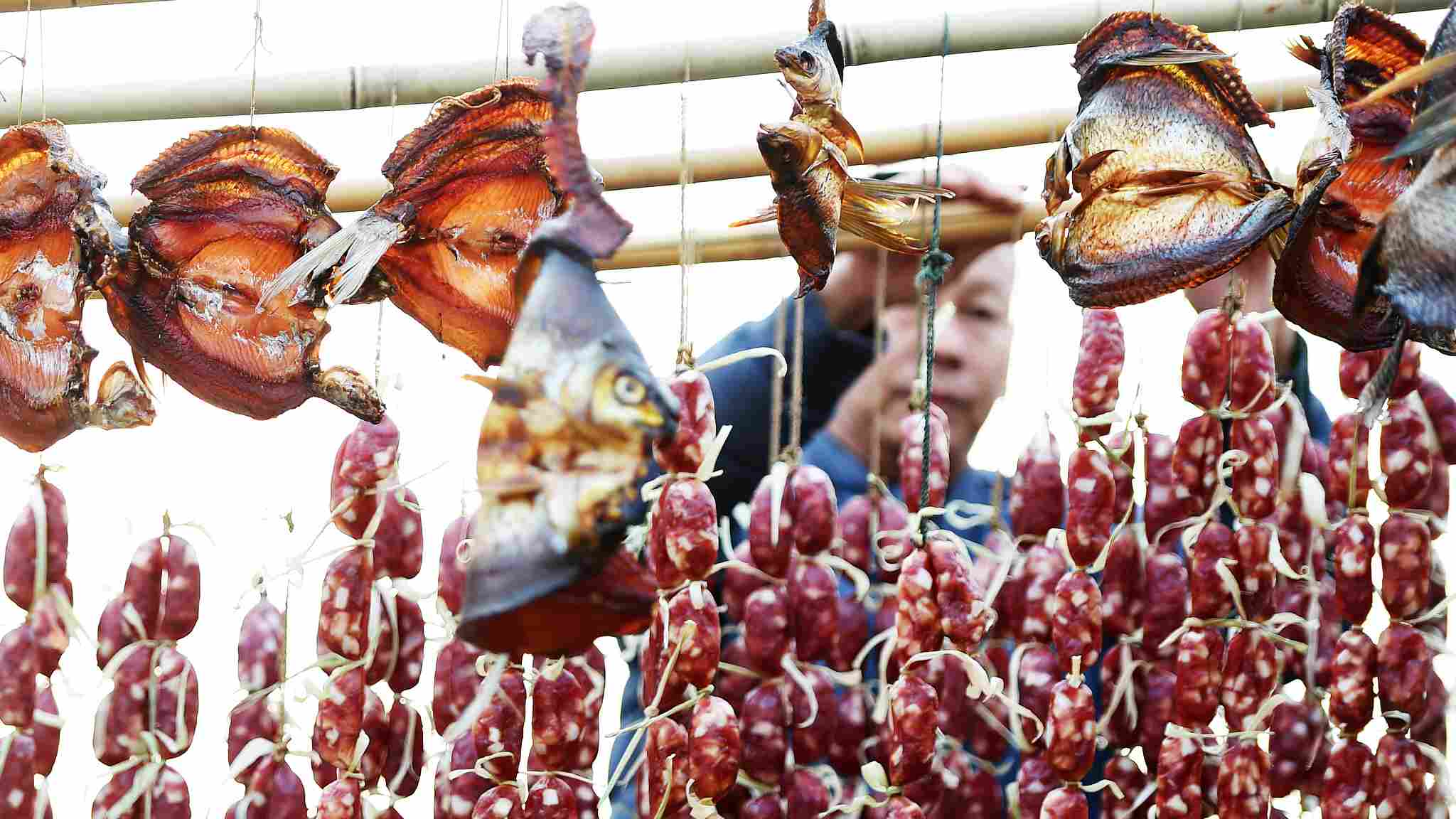 Another uniquely Cantonese cured product is a whole pig liver, which is hollowed out and stuffed with a piece of pork fat. Surprisingly, this is not hard to eat.
The liver turns firm during the curing process, while the fat turns crisp and transparent. The Cantonese cook steams and then cuts these liver sausages into very thin slivers, serving them on slices of steamed arrowroot or yam.
In southwestern Yunnan, Guizhou and Sichuan provinces, various cuts of meat are heavily seasoned and hung up to dry, ending up in stir-fries or simply steamed. Here, the meats are pickled with lots of chillies and Sichuan peppercorns.
Near the central plains and the lake regions just to the south, soy sauce is a major curing ingredient and sauce-cured strips of meat are already hanging up to dry in many backyards. 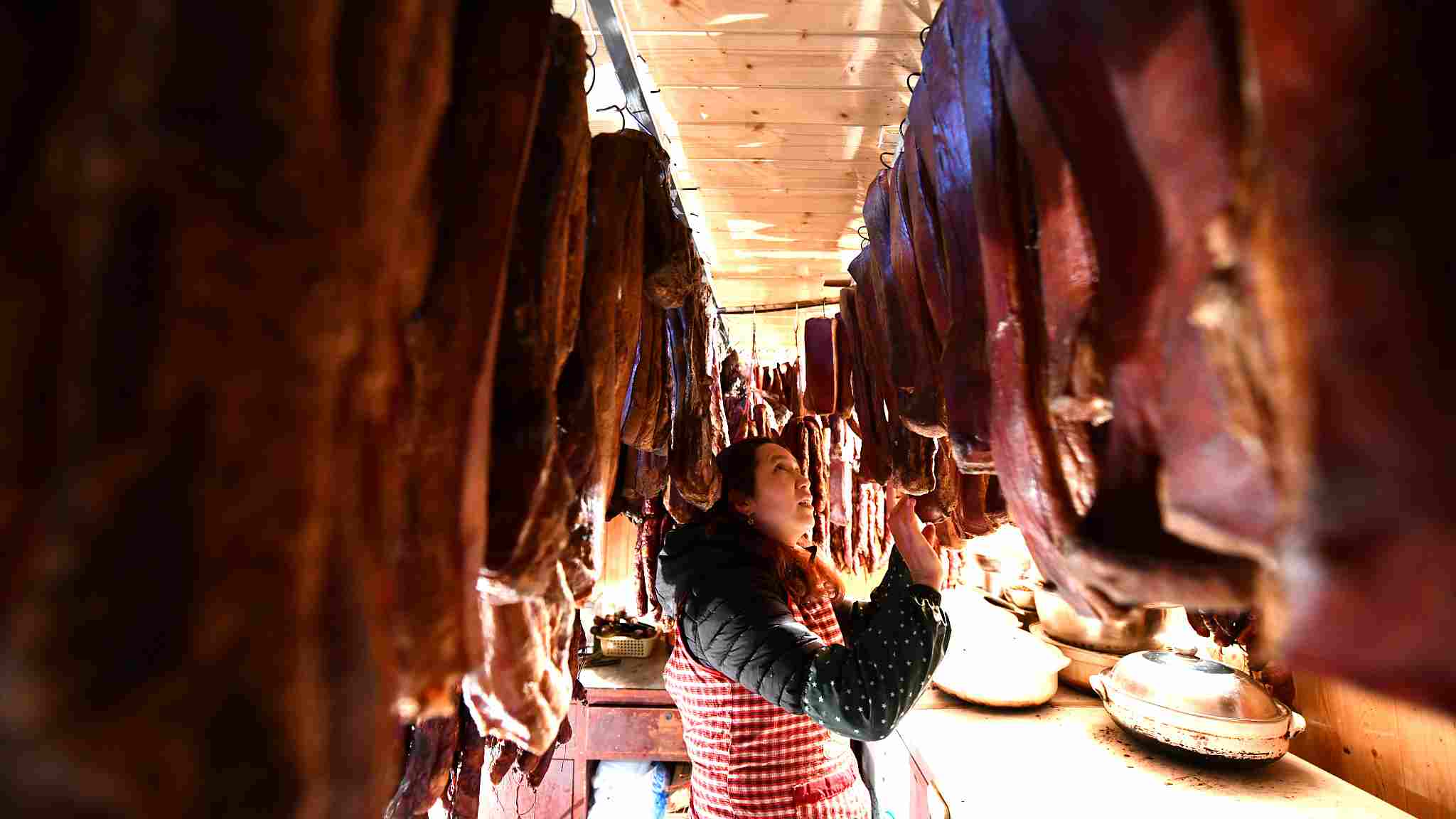 In Ningbo in eastern Zhejiang Province, a favorite New Year delicacy is a sort of ham with chopped pork stuffed into a pig's stomach and then cured in brine.
In central Hubei Province, featuring with plenty of lakes and ponds, preparation for spring must start with fishing for carp. Whole carp are salted and then hung up to dehydrate, but a good cured carp stays soft and supple for the New Year meals.
As we move further north, the nomadic influences come into play and the main ingredients change to beef and mutton, and the style becomes more like jerky. 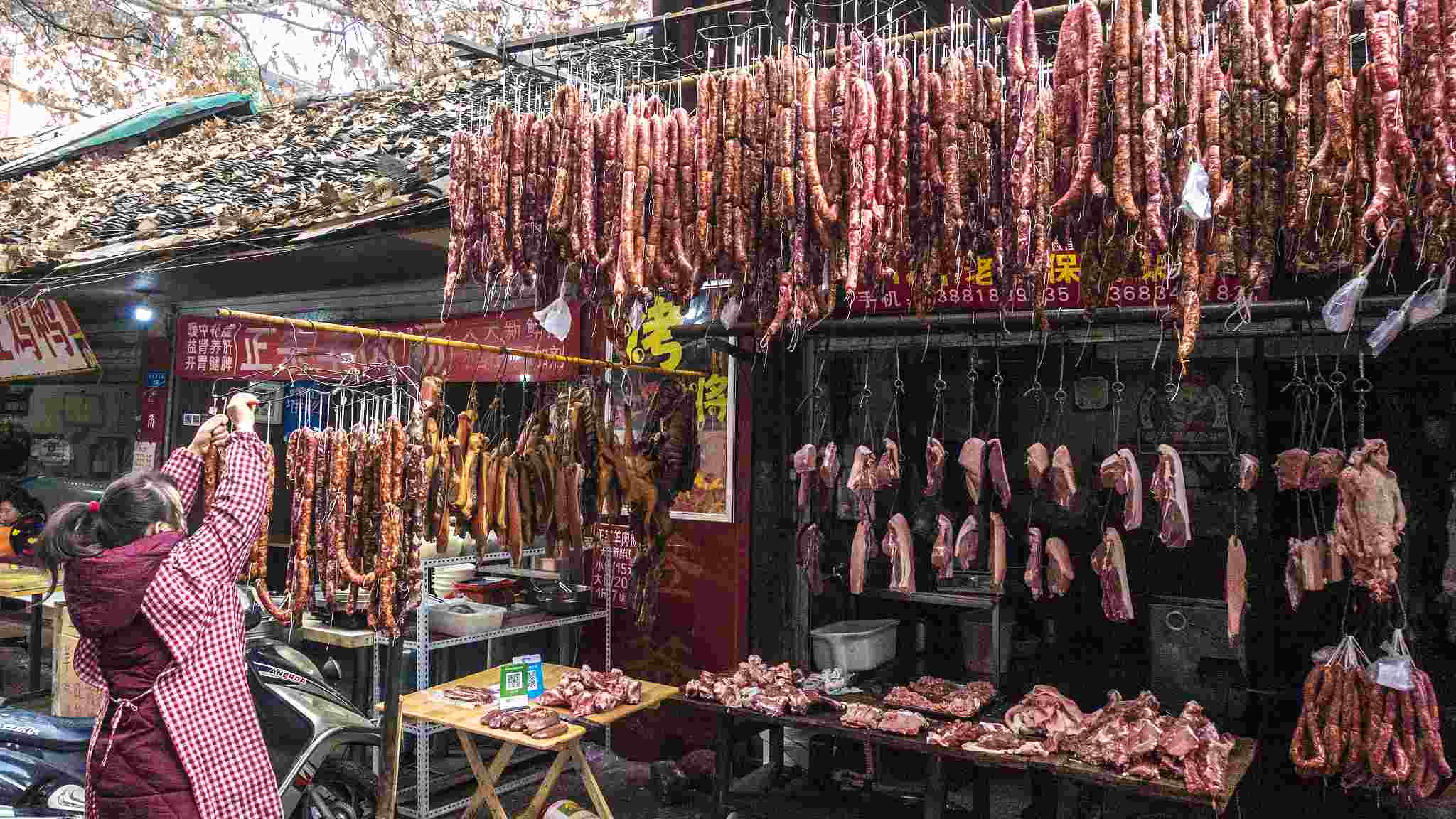 These days, however, they have become a favorite of the keyboard generation, who buy these spicy snacks from online supermarkets that deliver to the door.
Strips of cured meats or individually wrapped tiny cubes are bestsellers.
The Hunting Month may have slowly evolved into the curing month, but it is still part of a culinary tradition that's a prelude to the most-important celebration of the entire lunar year.
(Cover: Cured fish in east China's Zhejiang Province /VCG Photo)
Source(s): China Daily