Analysis: Will war-ravaged Syria be rebuilt with non-Western aid?
By Abhishek G Bhaya 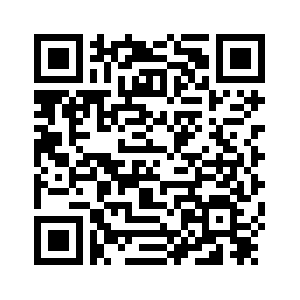 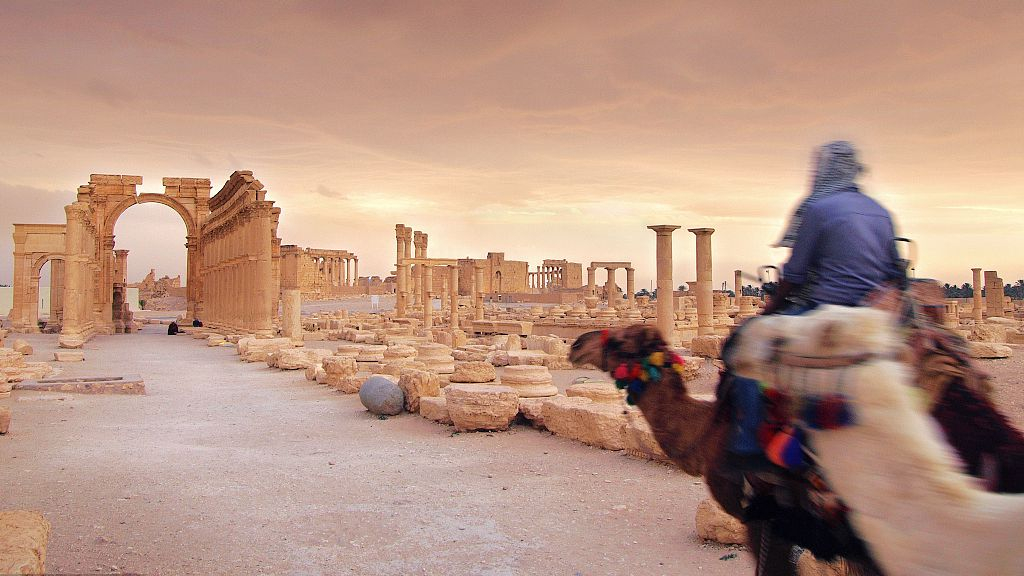 Battered by violent conflict for over eight years, Syria is poised to enter a new phase of reconstruction with a bulk of the support likely to come from "friendly countries" such as Russia, China and Iran and also the Gulf Arab states as Damascus aims for regional reconciliation, according to analysts.
The U.S. decision last December to pull its troops from the Middle Eastern country, literally signaled the end of the devastating war, with Syrian President Bashar al-Assad, backed by allies Russia and Iran, effectively emerging as the victor. However, the continued political opposition of Assad's government by the U.S. and its Western and regional allies is likely to complicate the prospects of rebuilding the nation.
A vast expanse of Syria now lies in ruins, with roads, bridges, hospitals, schools, factories and thousands of homes completely destroyed. Assad has stated that Syria's reconstruction will require between 250-400 billion U.S. dollars over the next several years. 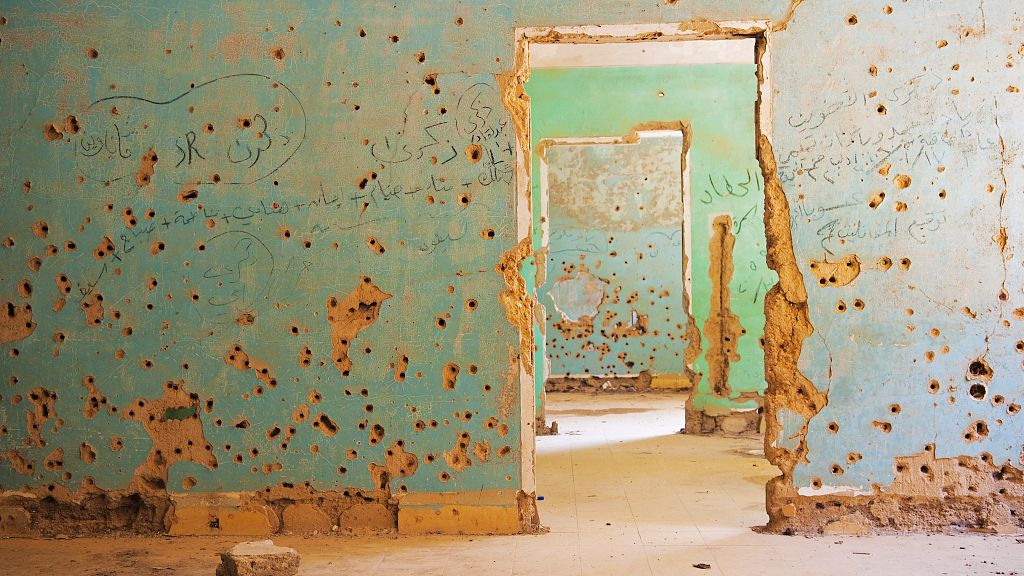 Bullet-riddled walls of a house in Quneitra, Syria. /VCG Photo

Bullet-riddled walls of a house in Quneitra, Syria. /VCG Photo 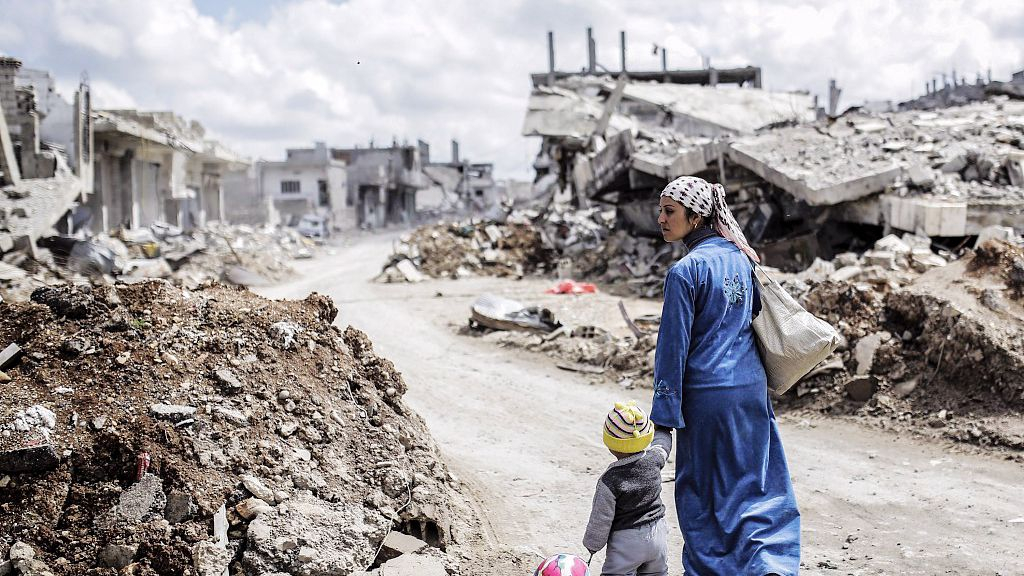 “Syria needs help to rebuild. And herein lies the problem. Many of the (mostly Western) donors with the most money are also the least sympathetic to the regime,” Guy Burton, an assistant professor at the Dubai-based Mohammed Bin Rashid School of Government, stated in a piece for The Diplomat.
While the West is unlikely to facilitate funding for Syria's reconstruction or even remove existing sanctions against the Assad government without a political settlement, Damascus isn't keen either for such support to come from the West. Instead, it is increasingly looking to secure regional and non-Western assistance that will not destabilize it from within as it suspects will be the West's intent.

Damascus, in fact, has already reached out to nations that it trusts more with Assad being extremely vocal about his “good relations” with China, Russia and Iran.
Last September, speaking to Xinhua, Syria's state minister for investment affairs Wafiqa Hosni reiterated that Damascus will give priority to “friendly countries” such as China, Russia and Iran in the nation's rebuilding process, also stressing that Western countries that “contributed to the destruction of Syria will not have a role in the reconstruction process.”
The same view was also echoed by the Syrian Ambassador to Beijing Imad Moustapha who stated that “China, Russia and Iran… should play a major role in the reconstruction of Syria.” 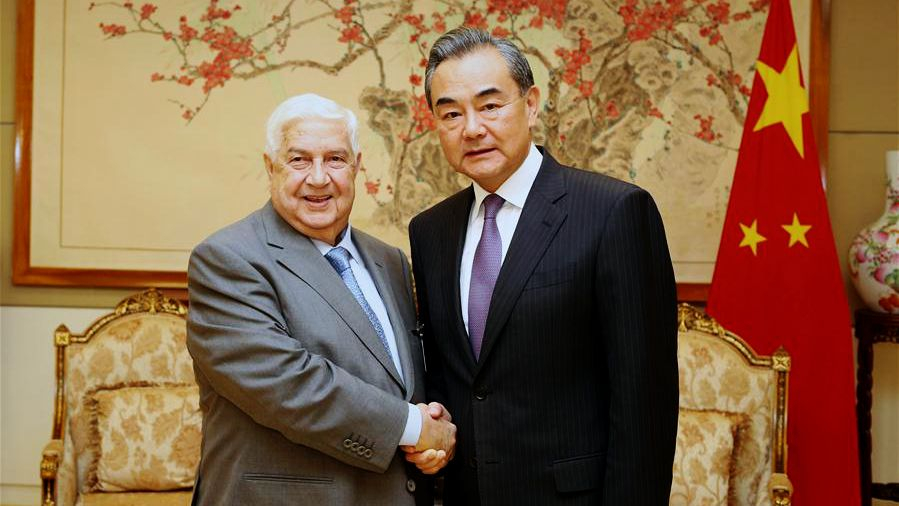 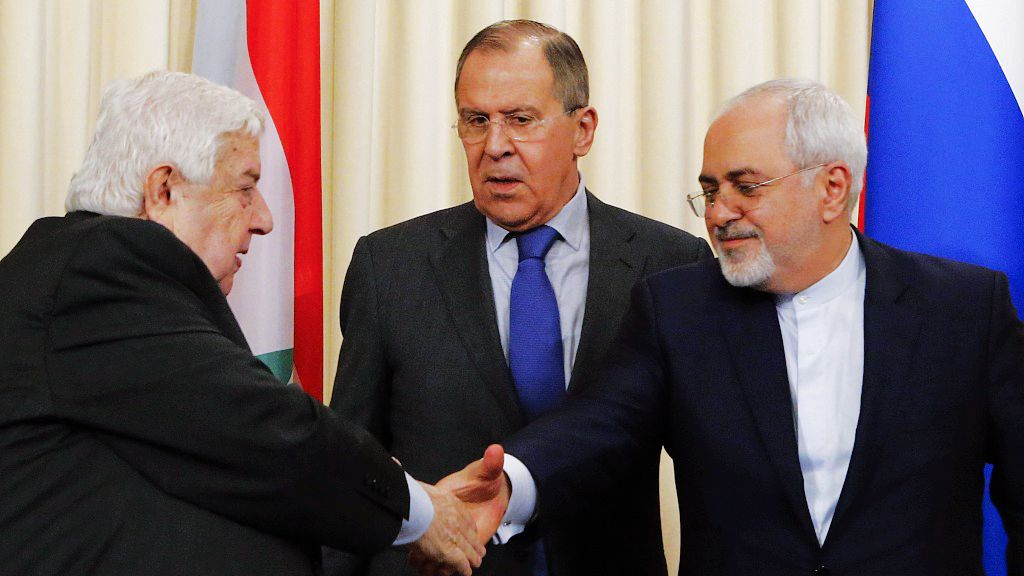 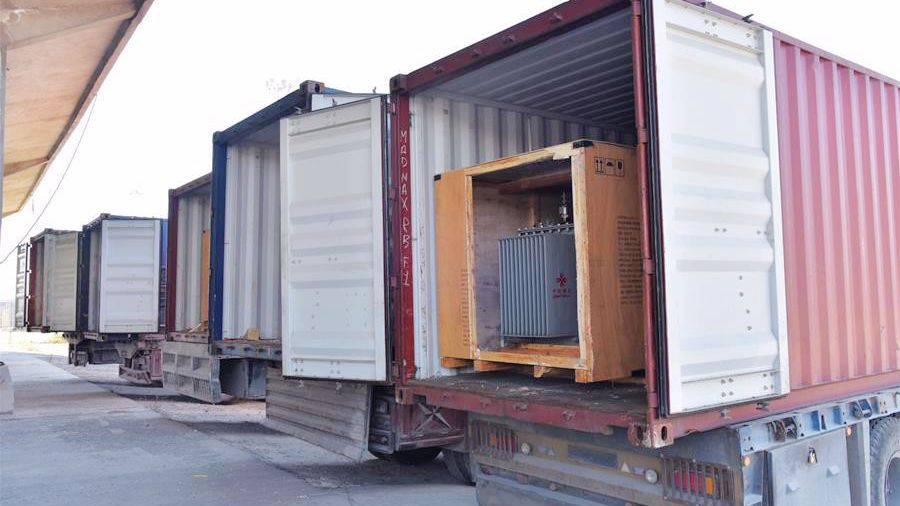 A shipment of Chinese electrical transformers is seen at the port of the Syrian coastal city of Latakia, October 10, 2018. /Xinhua Photo

A shipment of Chinese electrical transformers is seen at the port of the Syrian coastal city of Latakia, October 10, 2018. /Xinhua Photo

Related story: Did Trump, May and Macron just commit a ‘reckless’ war crime?
Beijing has already committed itself in playing a crucial role in Syria's future and has pledged 2 billion U.S. dollars towards reviving Damascus' industrial capacity.
"I think it's about time to focus all efforts on the development and reconstruction of Syria, and I think China will play a bigger role in this process by providing more aid to the Syrian people and the Syrian government," Chinese Ambassador to Syria Qi Qianjin told Xinhua during a tour to the Al Muwasat University Hospital in Damascus last year.
China has also donated 800 electrical power transformers and electric cables to the Syrian government as it offers help in rebuilding damaged infrastructure in the war-torn country.
On Tuesday, Iranian Foreign Minister Javad Zarif assured his Syrian counterpart Walid Muallem of Tehran's support during the latter's visit to the Iranian capital, IRNA news agency reported. Iranian companies are prepared for economic interaction with Syria in the reconstruction period of the country, Zarif remarked.
Last month Tehran and Damascus signed a long-term economic cooperation deal, covering industrial, agricultural, services, infrastructure, and energy sectors. Both the countries also reached an agreement on the banking sector while also laying out plans to build a power station in Syria's coastal city of Latakia. Iran has also extended its help in the expansion of ports in Latakia and Tartus.
Russia, which is being viewed as the biggest winner after the U.S. troops pull out, has similarly signed several pacts with Syria. Last year, Moscow inked a deal with Damascus, to secure exclusive rights to extract oil and gas from Syria in return for helping in the restoration of oil fields and development of new deposits.
Russian companies are also working on power projects in Homs, a rail line linking Damascus International Airport to the city center, and building several industrial plants that will galvanize Syria's reconstruction and future developments.
“Given Assad's extensive reliance on Russian military support since 2015, business leaders such as Sergey Katyrin, the president of Russia's Chamber of Commerce and Industry, have revealed that Russian businesses will have 'first priority' in the allotment of reconstruction funds that Syria receives,” remarked Samuel Ramani, a PhD candidate in International Relations at St. Antony's College, University of Oxford.
“Once the reconstruction process is underway, Russian businesses will be most effectively placed to take on a major presence in the energy and construction sectors,” he added. 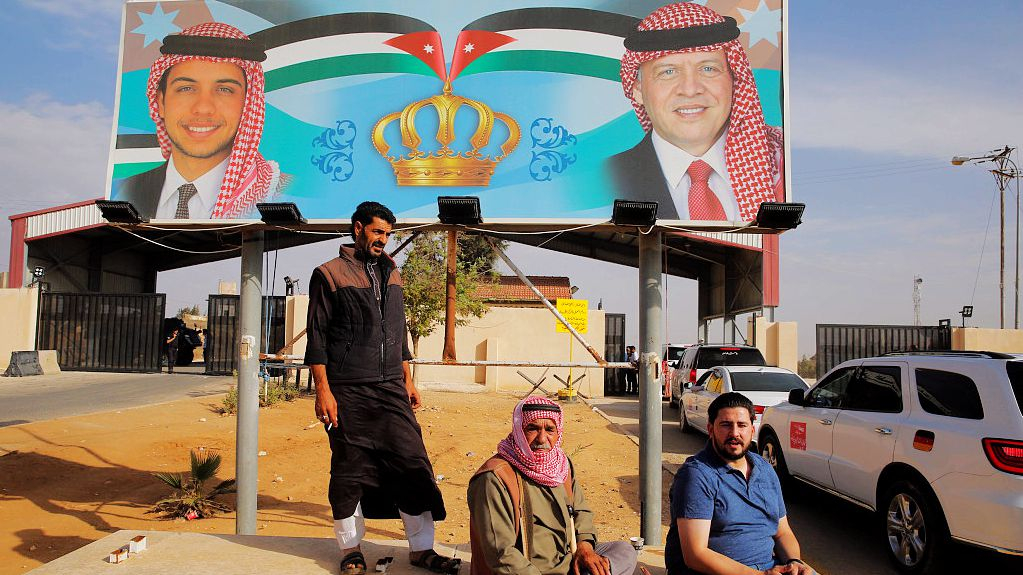 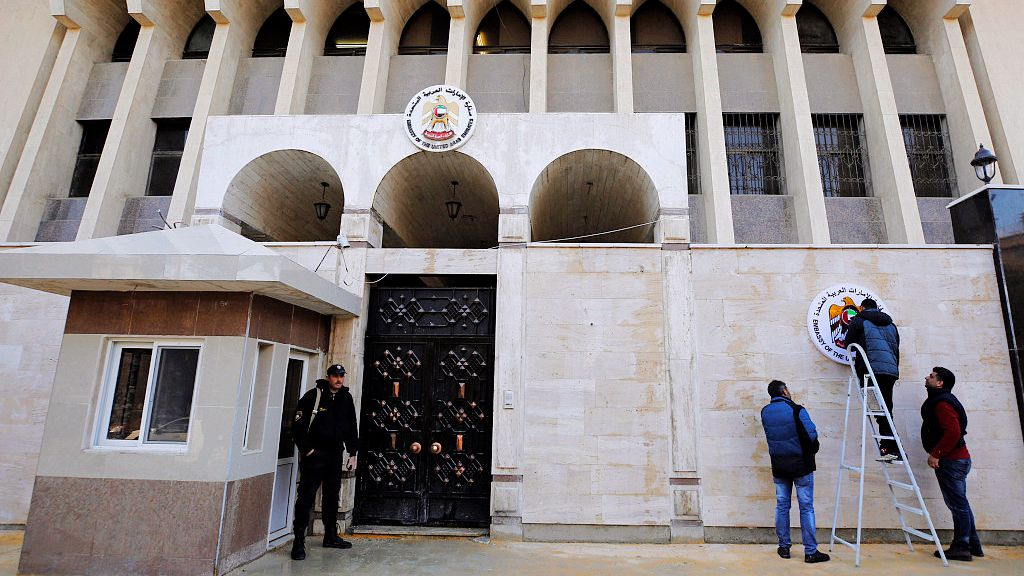 While much of the help is expected to come from Syria's traditional allies, many analysts also predict that some of the rich Gulf Arab countries, once the main backers of rebels trying to oust Assad, may be willing to fund the reconstruction efforts not only in a sign of reconciliation with Damascus but also to counter Iran's influence in that country.
The reopening of Syria's border with Jordan and the UAE's decision to reopen its embassy in Damascus has led to intensified speculations about some of the Gulf states returning to the war-ravaged country for potential economic opportunity. This has also opened up the possibility of a regional reintegration for Damascus, which was ousted from the Arab League in 2011 and the Organization of Islamic Cooperation in 2012 due to the civil war. Arab League has already hinted that it might re-admit Syria this year.
“I expect Arab countries to gradually normalize relations with Syria, following the UAE's decision to reopen its embassy in Damascus. Moves by other Gulf Cooperation Countries (GCC) may not come immediately or all at once, but now that the first shot has been fired the taboo of a return to Damascus has been broken. More will follow,” stated Roula Khalaf, the Lebanese-born deputy editor of Financial Times.
“The purpose of this normalization is, ostensibly, to assert an Arab presence that counters Iranian influence. If that is the logic, then at some point Arab money for reconstruction will come. Again, I do not expect this in the short term, but it is entirely possible in the medium to longer term,” she added.
Noting that U.S. retrenchment in the Middle East has left regional issues to be sorted out by regional powers, Su'ad Jarbawi, Middle East regional director at U.S.-based aid organization Mercy Corps, felt that the Gulf states will substantially contribute with funds for Syria's reconstruction.
“Who will finance Syria's reconstruction is at the center of such dynamics, and the Middle East is realigning. The U.S. and the major European countries are unwilling to foot the bill,” she stated, adding, “it will most probably be the Gulf states taking the lead, with some U.S. pressure against such a move playing a part in their decision.”
“More importantly, this is an opportunity for these states to renegotiate Iran's influence in Syria and expand their interests in the region,” Jarbawi said, but felt that it is unclear whether there will be a political framework as part of any potential funding.
“All parties must engage in a political solution and ensure funding is not just about geopolitics, or we will continue to fail the Syrian people,” she said.
Another key regional player, Turkey, which has actively sought Assad's ouster till very recently, has indicated it would consider working with the Syrian president again if he wins in free and fair elections and also support reconstruction projects.
"After every war, reconstruction is always important, and Turkey will probably be one of the key players in this role," said Huseyin Bagci, international relations professor at Ankara's Middle East Technical University. "This will be economically advantageous for Turkey." 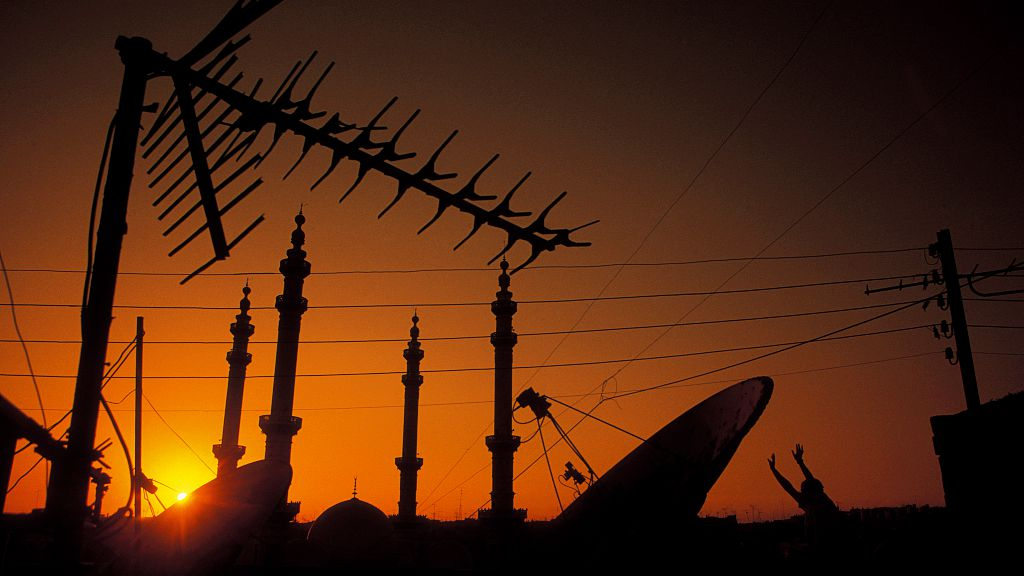 Silhouette of a mosque in the Syrian city of Aleppo. /VCG Photo

Silhouette of a mosque in the Syrian city of Aleppo. /VCG Photo 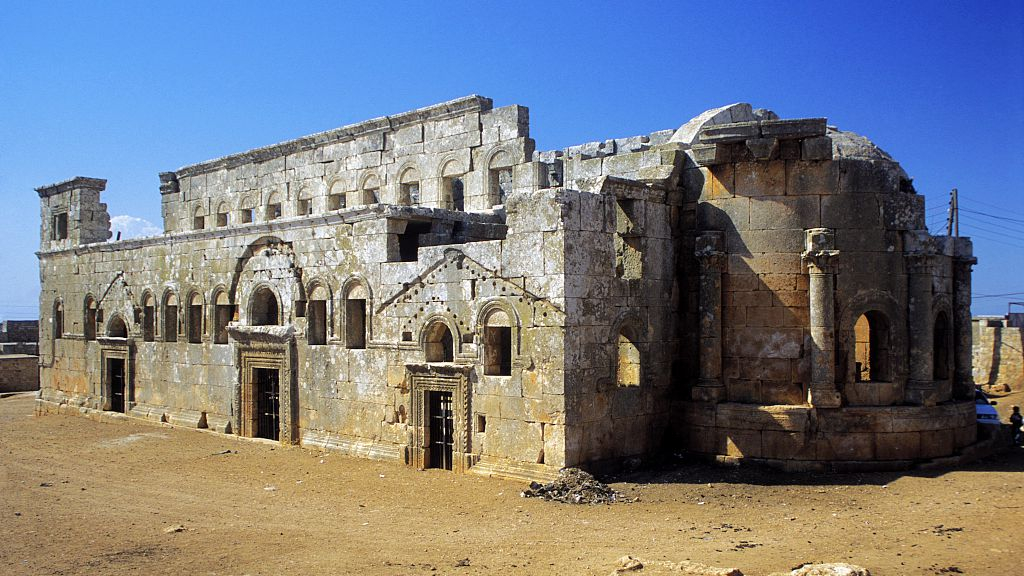 The destroyed basilica in the Syrian village of Qalb Loze, west of Aleppo. /VCG Photo

The destroyed basilica in the Syrian village of Qalb Loze, west of Aleppo. /VCG Photo

However, other observers such as Hazem Saghieh, a writer and senior columnist at London-based pan-Arab Al-Hayat newspaper, felt that the debate over Arab participation in Syria's reconstruction is overhyped.
“In the overwhelming counterrevolutionary atmosphere that exists in the Middle East today, Syria under President Bashar al-Assad might return to the Arab fold. Reconstruction would follow. However, that's not likely to happen now,” Saghieh said.
Ali al-Ahmed, founder and director of Washington, DC-based Institute of Gulf Affairs, agreed with Saghieh. “The only Arab states able to fund Syrian reconstruction are the wealthy Gulf states. We are talking about four countries – Saudi Arabia, Qatar, Kuwait, and the UAE. Other Arab countries can't really provide any meaningful financial assistance as they are saddled with their own problems,” he said.
Ahmed, however, cited several reasons for why even those rich Gulf countries may opt to stay away from Syria. “If reports that the U.S. has asked its Gulf allies not to help in Syria's reconstruction are true, then any desire to play a part will be limited at best. Moreover, due to Syria's weakened regional position after an eight-year conflict, and its stronger ties with Iran as a consequence of this, the Gulf monarchies, who did nothing to help Iraq's reconstruction, most likely won't help Syria's either,” he explained.
“Another factor is that Saudi Arabia and the UAE are bogged down in Yemen, and they may have to spend billions of dollars in the postwar era. At the same time, Saudi Arabia and Kuwait face domestic economic challenges that may limit their capacity to do much abroad. Furthermore, Israel will certainly weigh in against measures that make Syrian President Bashar al-Assad stronger than before,” he elaborated.
(Cover: The ancient city of Palmyra, Homs Governorate, Syria. /VCG Photo)
6940km