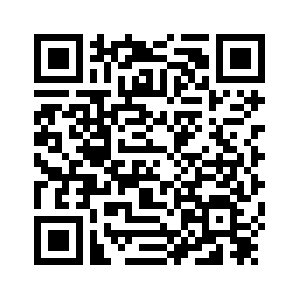 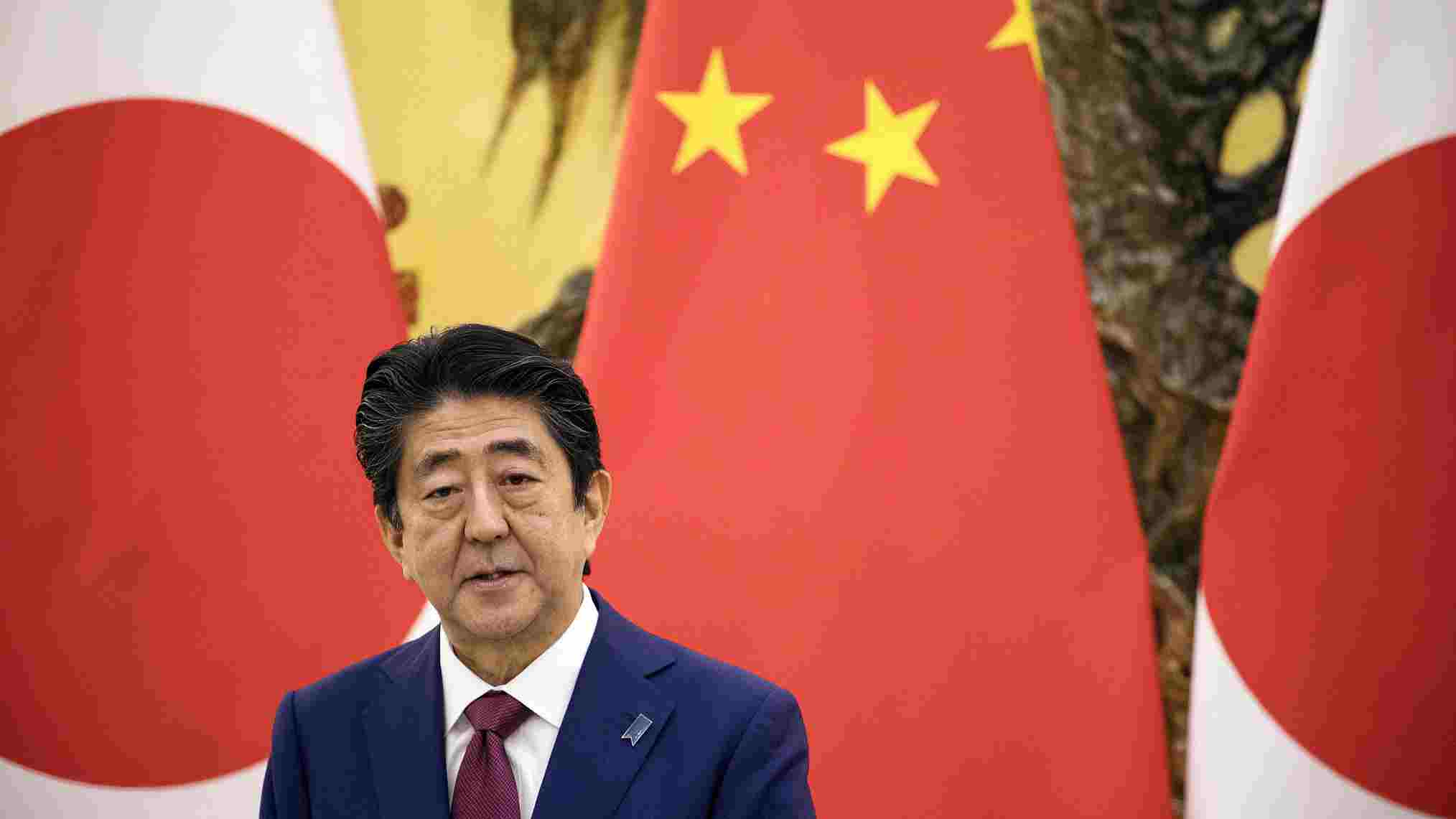 Editor's note: Xu Sicong is an opinion editor at CGTN Digital. The article reflects the author's opinions and not necessarily the views of CGTN.
Japanese Prime Minister Shinzo Abe arrived in Beijing on Thursday, kicking off his three-day official visit to China.
There had been a seven-year hiatus in official visits to China by Japanese leaders, which is pretty telling of the bumpy ride Sino-Japan relations have gone through in the past few years.
However, for many people whose interests are highly dependent on the status of this relationship, the hope is that the tide seems to have been turning.

Common will to work together

Before embarking on his journey, Mr. Abe tweeted about the trip -- while recognizing the challenges in moving bilateral relations forward, he said that he would still work to “push Sino-Japan relations to the next level.”
Given the two countries' economic links, it is only understandable that there is a need for the two sides to come closer. For example, Japanese businesses has been an extremely active force behind the government's shift of attitude on the Belt and Road Initiative (BRI).
During his visit, Abe is accompanied by about 500 business people. At the joint press conference held on Friday afternoon, it was announced that the two countries had signed over 500 business deals.
On the Chinese side, the intention to mend ties is made clear as well, especially considering the country is caught in an unwanted situation at the moment, with the US ramping up its rhetoric against China and taking fights with it on all fronts. 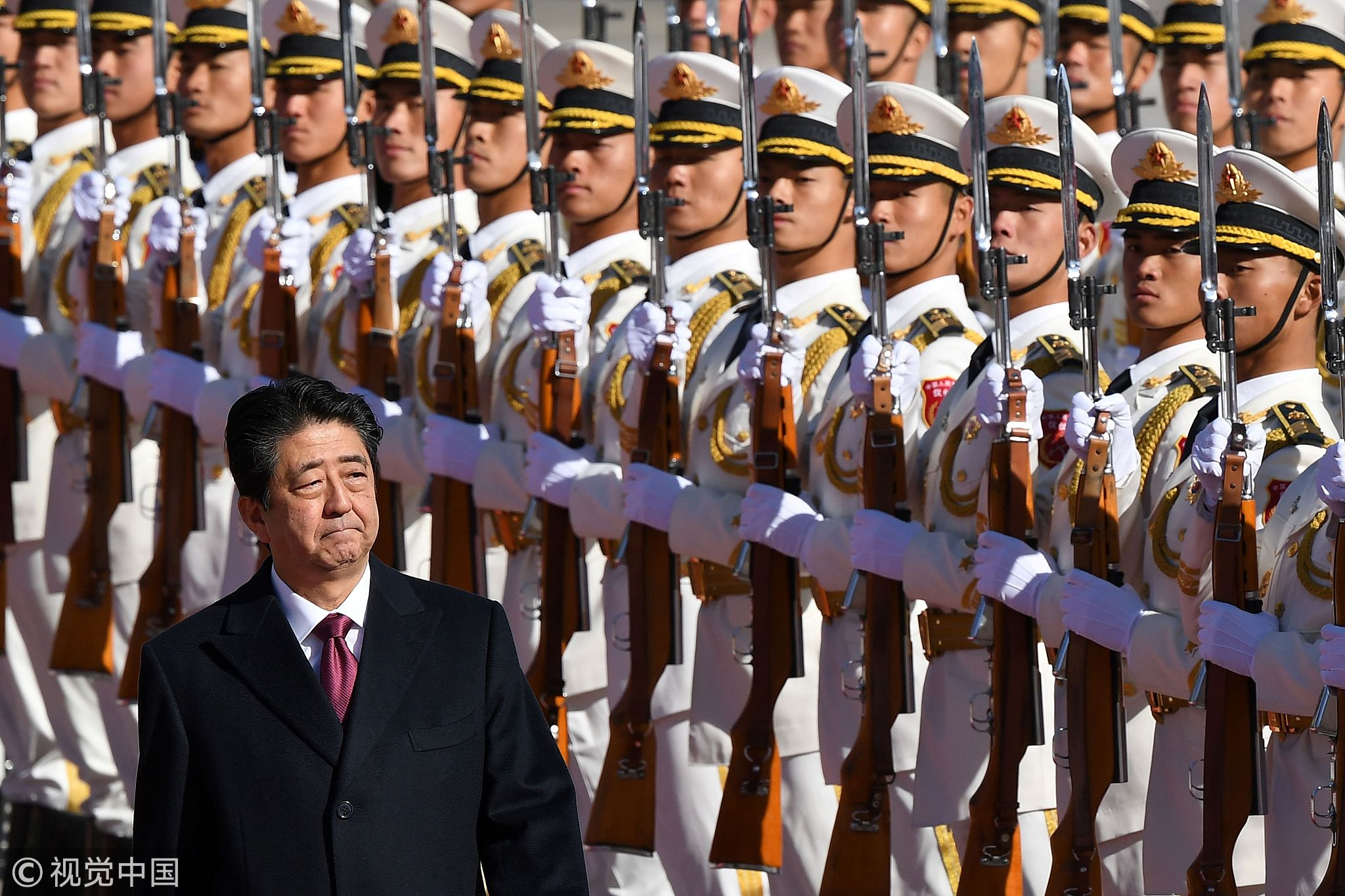 Japan's Prime Minister Shinzo Abe reviews a military honor guard with Chinese Premier Li Keqiang (not pictured) during a welcome ceremony outside the Great Hall of the People in Beijing on October 26, 2018. /VCG Photo

Japan's Prime Minister Shinzo Abe reviews a military honor guard with Chinese Premier Li Keqiang (not pictured) during a welcome ceremony outside the Great Hall of the People in Beijing on October 26, 2018. /VCG Photo

As the country is grappling with an adverse external environment, many Chinese scholars have called for improved ties with countries around the world, especially China's neighbors.
Abe's visit is thus seen as a great opportunity to demonstrate China's willingness to have a friendlier relationship with Japan. The welcoming ceremony for Abe has been described by Chinese media as “cordial”.
Besides, the sentiment towards Japan has also been slightly shifting in China. Two days before Abe's visit, Japan had decided to scrap official development assistance (ODA) to China, which is a program where Japan provides aids to developing countries starting back in 1954.
Even though some people would argue Japan's ODA is nowhere near cancelling out the damage Japan has done to the Chinese people in modern history, after hearing this decision, there are also reconciliatory voices in Chinese media calling for the recognition of Japan's offer of the ODA to China in the first place.

Messages from second day of visit

More importantly, as China continues with its reforms and opening up policy, it certainly needs the support and the cooperation of its neighbor and the world's third largest economy, where the two sides could cooperate on overseas infrastructure projects and in advanced technology, etc. Chinese Premier Li Keqiang expressed this sentiment when hosting Shinzo Abe at the Great Hall of the People on Friday afternoon. When addressing the guests, he said that China is further opening up with greater resolution and efforts and during this process China welcomes Japan to be part of its new round of reforms. Besides, he also welcomes Japan to take part in the Belt and Road Initiative and cooperate in third-party markets.
The same day, the two countries also signed 12 cooperative documents covering areas from finance and trade to innovation and securities listings, including one for a bilateral currency swap for 200 billion yuan (3.4 trillion yen).
China and Japan launched their bilateral currency swap line in 2002, but the agreement was not renewed when it expired 11 years later. The signing of the agreement this time would allow Chinese yuan to be a reserve currency in the Bank of Japan (BOJ).
As a result, Japanese companies can procure yuan from the BOJ during a financial crisis. This will also encourage Japanese financial institutions to invest directly in Chinese securities markets. Thus, it has been hailed as good news for both sides.

Winning together should be the way forward

Going forward, many analysts worry that China-Japan ties are still very much subject to the status of US-Japan relations. However, the fact is that since 2010, when China surpassed Japan to become the second biggest economy in the world and America and Japan tried to coordinate on containing China, China's growth has continued nevertheless.
For example, China's GDP has gone from 41.3 trillion yuan (about 5.9 trillion US dollars) in 2010 to 82.7 trillion yuan in 2017, a two-fold growth in seven years, whereas Japan's has dropped from 5.5 trillion US dollars to 4.87 trillion US dollars in the same period.
Therefore, for both China and Japan, being more open to dialogues and working together for win-win results should be the way forward. The two countries should also bear in mind that their relationship is one of the most important bilateral relationships in the world and its status will also have a significant impact on regional economic welfare, security and peace.
(Cover Photo: Shinzo Abe, Japan's prime minister, speaks during a news conference with Chinese Premier Li Keqiang, not pictured, at the Great Hall of the People in Beijing, China, on Oct. 26, 2018. /VCG Photo)
(If you want to contribute and have specific expertise, contact us at opinions@cgtn.com)