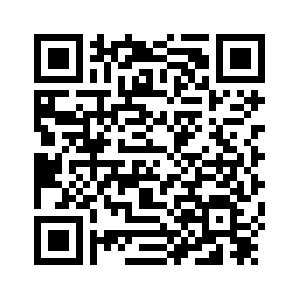 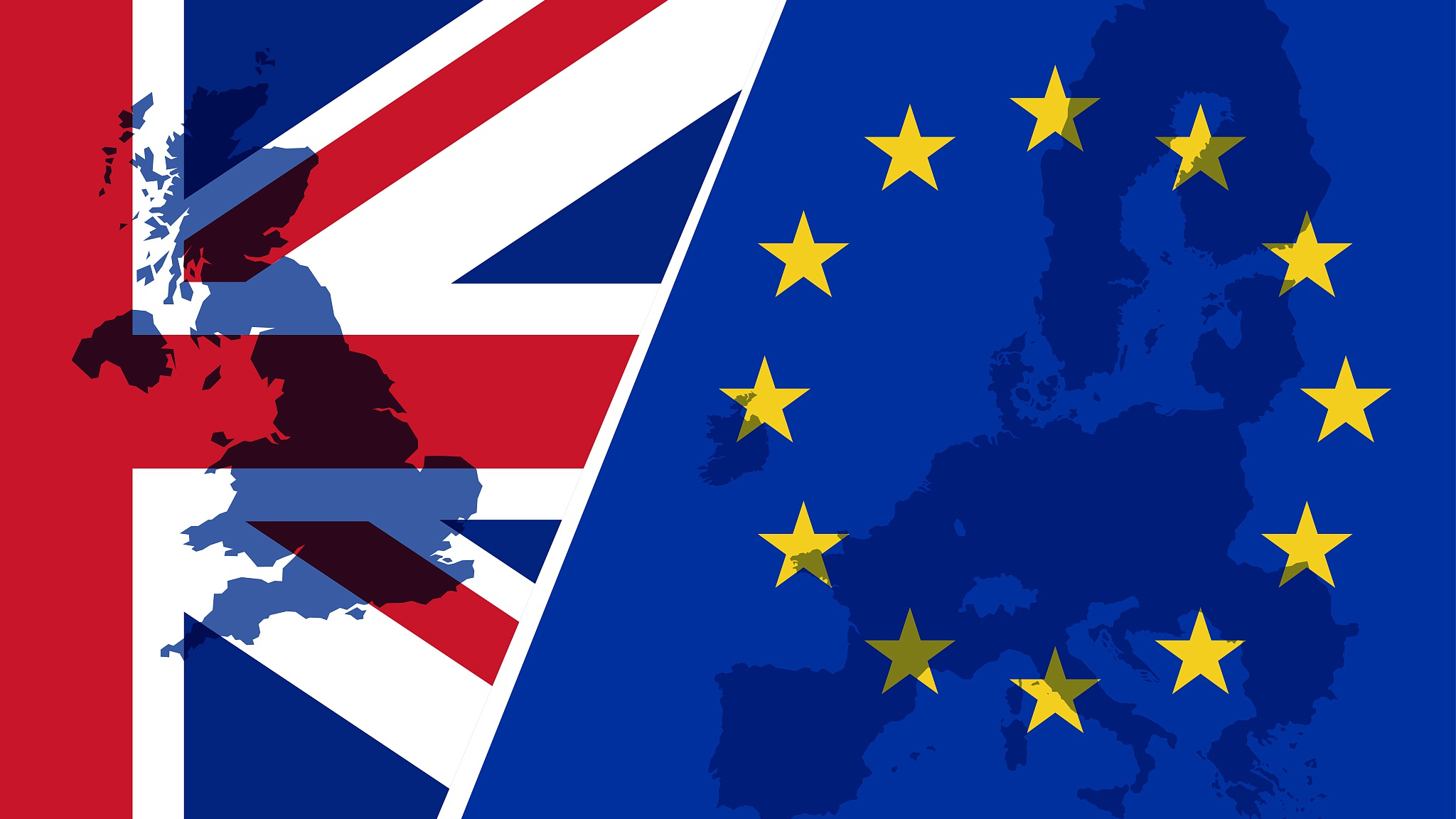 Editor's Note: Zhu Zheng is an assistant professor at the Law School with China University of Political Science and Law. The article reflects the author's opinion, and not necessarily the views of CGTN.
With next week's historic vote in sight, the fate of the Prime Minister Theresa May's Brexit proposal is anybody's guess. Describing the agreement as “vassalage” and “national humiliation,” some critics liken the Brexit negotiation in the past two years to a roller coaster, which has come all the way to a point where calling it off would be mortifying, yet seeing it through could be a permanent mistake.
While May is still trying to talk to the EU about a final deal on the backstop issue, the idea that there will be a better one is fatuous. It seems that Brexit will get worse before it gets better, and there are three options on the table: getting May's deal through parliament, holding a second referendum, or seeing Britain crash out of the EU with no agreement.
Take the worst option first – a no-deal Brexit. While the majority in the House clarified that no deal is unacceptable, many MPs are still holding out for a better Brexit deal, which determines that the prospect of a no-deal Brexit is very likely.
In a recent move, Tory rebels voted with a majority of MPs for an amendment to the government's financial bill that limits scope for tax changes if the UK crashes out of the EU without an agreement. 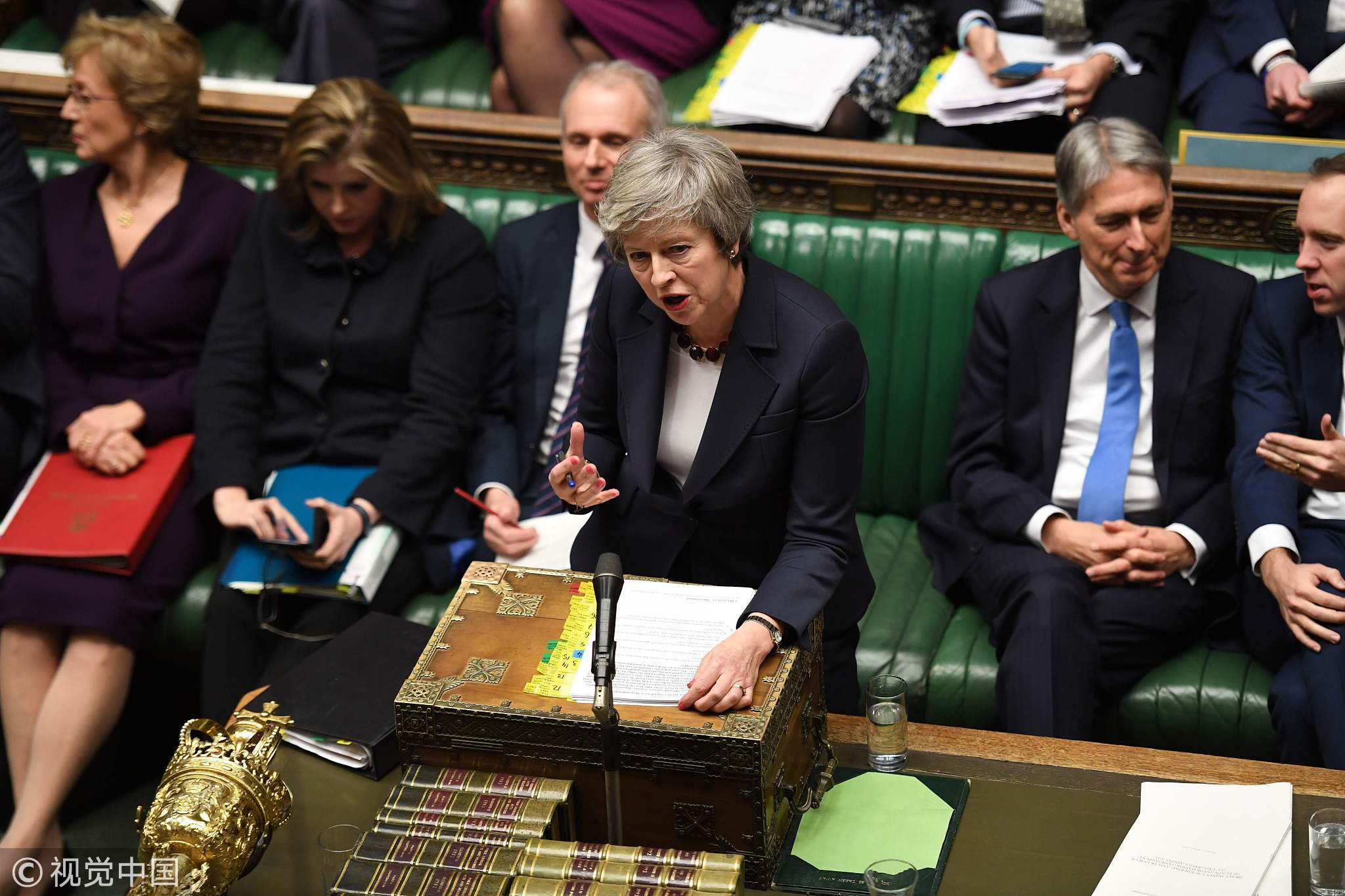 The move is a clear rejection to no-deal Brexit and has demonstrated parliament's determination to take more control of the Brexit process, but might have no substantial effect on the upcoming vote.
In this context, May's deal, the second of the aforementioned three options, should be taken seriously. But the proposal has bleak prospects of being passed. Even the PM herself conceded this.
In a parliament speech, May said it was clear the MPs' concern about the Irish backstop proposals would have led to her proposal being rejected “by a significant margin,” and this was why the vote was postponed to earn more time for talks with the EU on the backstop.
However, it seems that this strategy did not work, and May's deal, often tagged “the best possible agreement” and “the only one,” remains a bad one. In the brewing Brexit negotiations, the government has even switched its tone from pursuing the best deal for the country to insisting on what democracy demands. 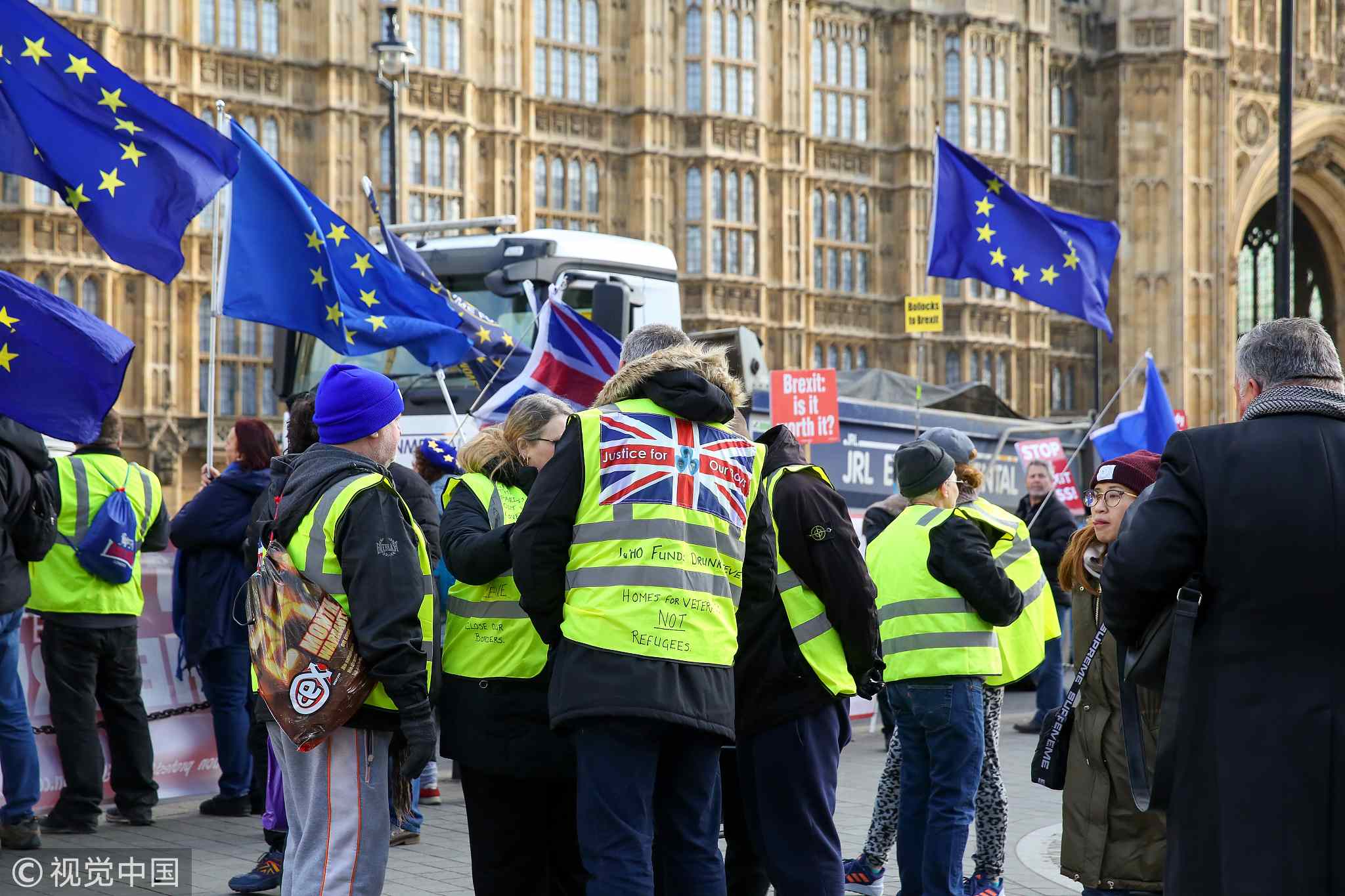 Pro- and anti-Brexit demonstrators gather outside the Houses of Parliament in London as the Meaningful Vote debate begins in Houses of Commons, January 9, 2019. /VCG Photo

Pro- and anti-Brexit demonstrators gather outside the Houses of Parliament in London as the Meaningful Vote debate begins in Houses of Commons, January 9, 2019. /VCG Photo

This makes a second referendum an option, but the path to it is thorny. May has clearly voiced opposition against it and taken it off her Brexit table. Observers believe that the second referendum, if held, would only drag the UK into a muddier quagmire.
If people voted to stay within the EU in the second referendum, it would mean their initial choice to leave the European bloc was a mistake, or at least imply that the complexities that the UK is witnessing are not what people had imagined.
If people voted for the same option in the second referendum, then why bother to have another referendum in the first place?
At present, there is no alternative to the above three options. Though ill-designed, the three offers can be improved. The past two years have witnessed tremendous dismay and divisions in British politics. If there is no way to improve the status quo, Britain should at least prepare for the worst.
(If you want to contribute and have specific expertise, please contact us at opinions@cgtn.com.)