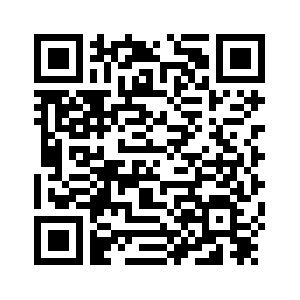 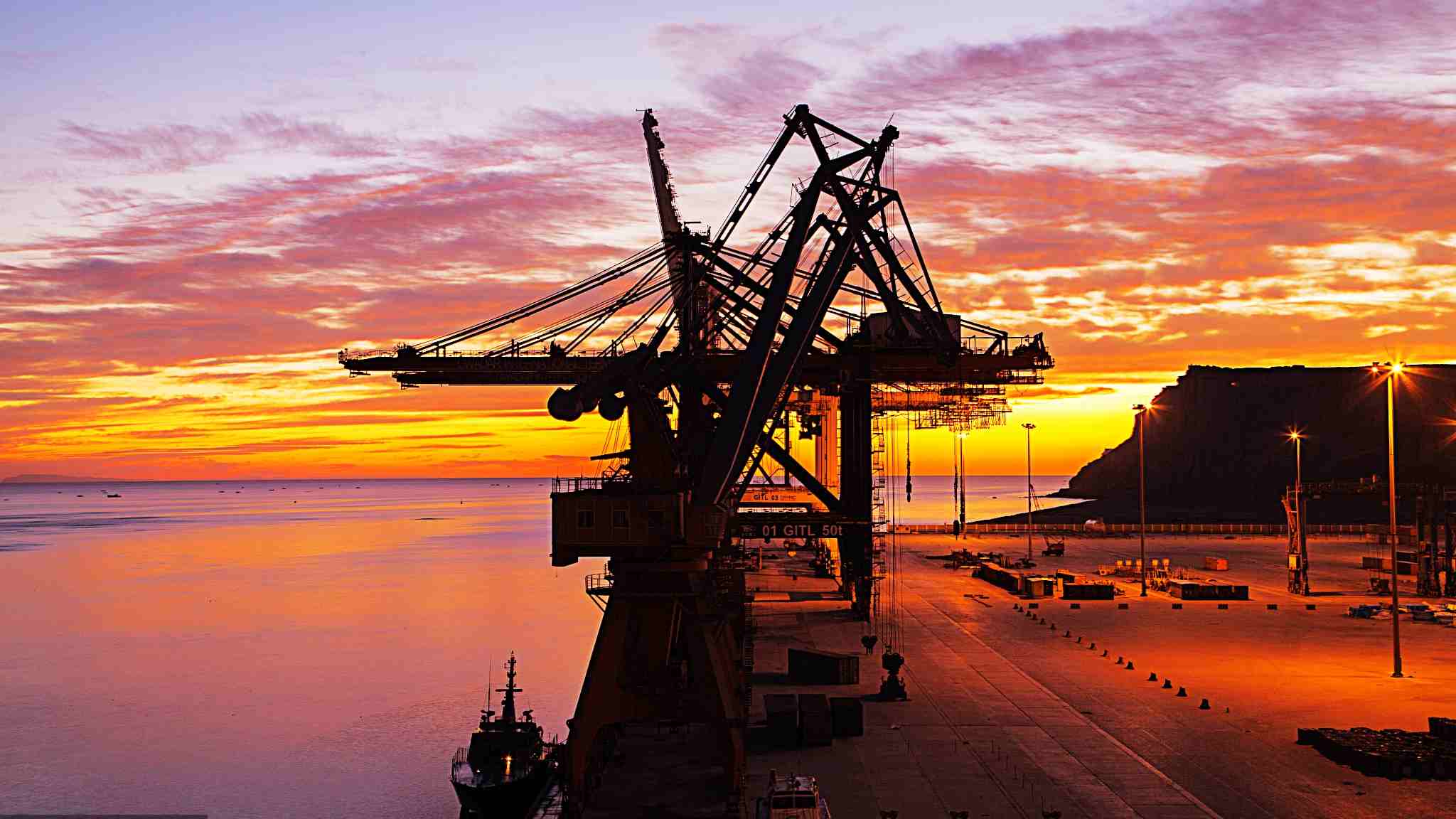 As Saudi Arabia seeks to expand its economic horizons and diversify from a largely oil-based model through collaboration and foreign investments, China is increasingly emerging as a natural partner of the Gulf kingdom.
China's State Councilor and Foreign Minister Wang Yi, while hosting his Saudi counterpart Adel bin Ahmed al Jubeir in Beijing this July, called for "deeper alignment" between Beijing's Belt and Road Initiative (BRI) and Riyadh's "Vision 2030" development strategies.
In a sign of its increasing commitment to BRI, Saudi Arabia will build a mega oil city in Pakistan and take part in business and investment ventures complementing BRI's flagship China-Pakistan Economic Corridor (CPEC), according to a senior Pakistani minister who clarified though that Riyadh will not join as CPEC's "third strategic partner" as wrongly claimed by his colleague last month.
"The framework between China and Pakistan is bilateral and Saudi Arabia is not entering that framework as a third-party investor, rather the base of CPEC will be broadened and its pace will be expedited [by Saudi participation in related ventures]," Karachi-based The Dawn newspaper quoted Pakistan's Minister for Planning and Development Khusro Bakhtiar as telling a press conference in Islamabad on Tuesday.
Bakhtiar added that Saudi Arabia will take part in the business and investment ventures that grow out of the 50-billion US dollar CPEC project, in which other countries will also be welcome.
Pakistan's Information Minister Fawad Chaudhry, who sat next to Bakhtiar on Tuesday's presser, had on September 20 claimed that Saudi Arabia will be joining CPEC as its "third strategic partner". 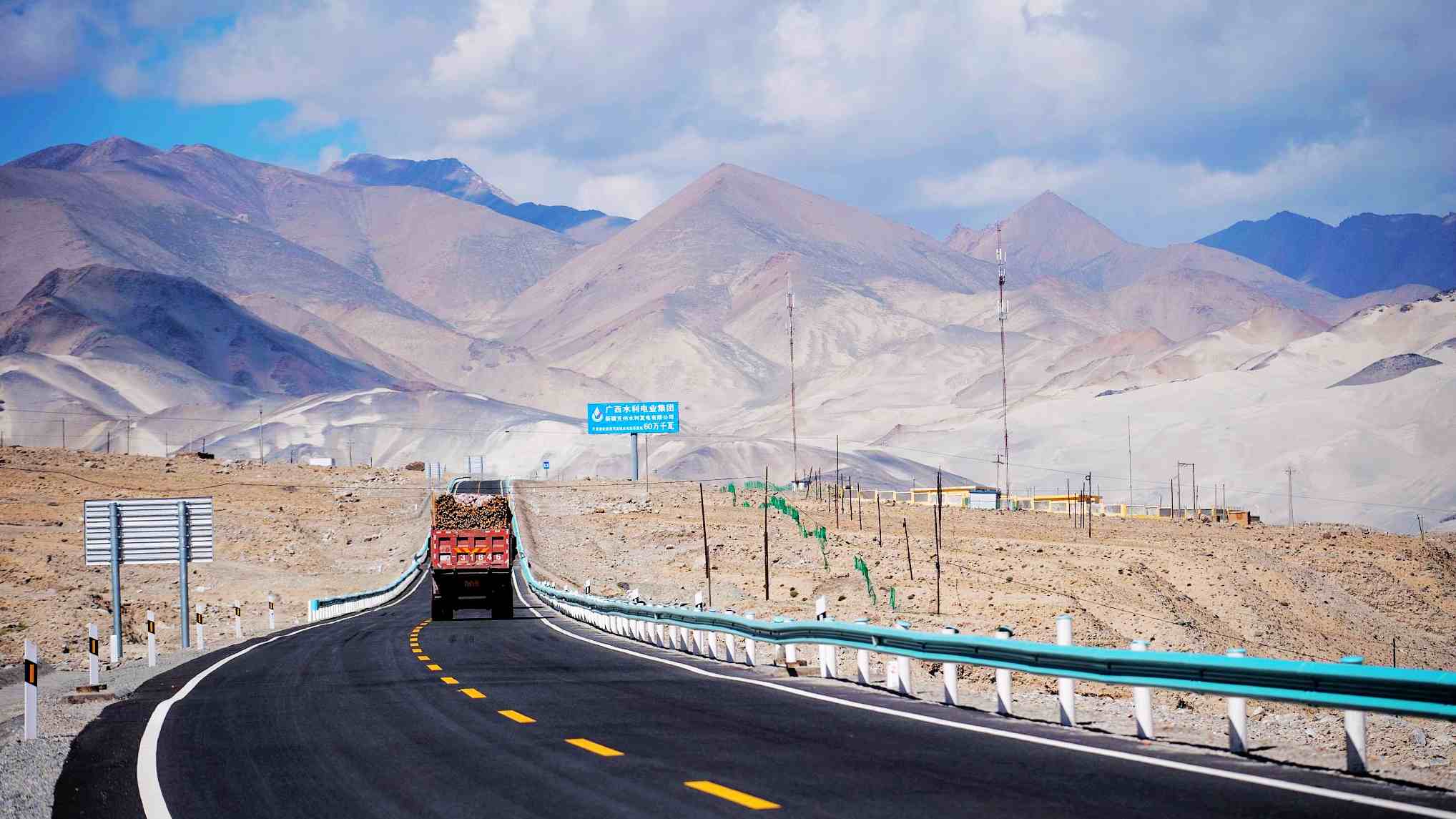 A truck drives along the China-Pakistan Friendship Highway before the Karakorum mountain range near Tashkurgan in China's western Xinjiang province, Jun. 27, 2017. /VCG Photo

A truck drives along the China-Pakistan Friendship Highway before the Karakorum mountain range near Tashkurgan in China's western Xinjiang province, Jun. 27, 2017. /VCG Photo

Also read: Chinese-built Mecca Light Railway praised by Hajj pilgrims
Irrespective of the semantics, the fact remains that Saudi Arabia is now the first country to be collaborating in CPEC as a third party and is expected to bring massive direct investments to the project. According to reports Saudi King Salman bin Abdulaziz has already constituted a high-level advisory committee to work out the details of the initiative.
As part of the plan, Saudi Arabia will help set up a 80,000-acres "mega oil city" in Pakistan's port city of Gwadar. This will be used to transport oil from the Persian Gulf region to China through the Gwadar Port, a prominent part of the CPEC project.
The Pakistani government on Tuesday hosted a Saudi delegation reported to be considering funding the oil city project that would include a multi-billion-dollar refinery, Reuters reported. Once operational, it will secure China's oil and gas supply and reduce transit time from Gwadar to the Chinese border to just seven days from the current 40.
"Saudi Arabia has a huge strength in oil and that is exactly the investment that they have proposed currently but Pakistan can make other requests," Zoon Ahmed Khan, a visiting fellow at the Institute of Belt and Road Initiative, Tsinghua University, Beijing, told CGTN Digital.
"For example, we need better infrastructure, we also need modernization of the industry. Saudi Arabia may not have the same kind of expertise and experience as China however they do have the capital resources that Pakistan could benefit immensely from," she said.
The Saudi move to invest in CPEC-related projects is likely to forge closer ties between Beijing, Islamabad and Riyadh.
"China, Pakistan and Saudi Arabia can become closer partners even strategically because of this development. And for Pakistan, there would be a more positive perception about other countries joining CPEC," Khan said, adding: "More stakeholders in CPEC can only be of benefit to Pakistan and for regional connectivity." 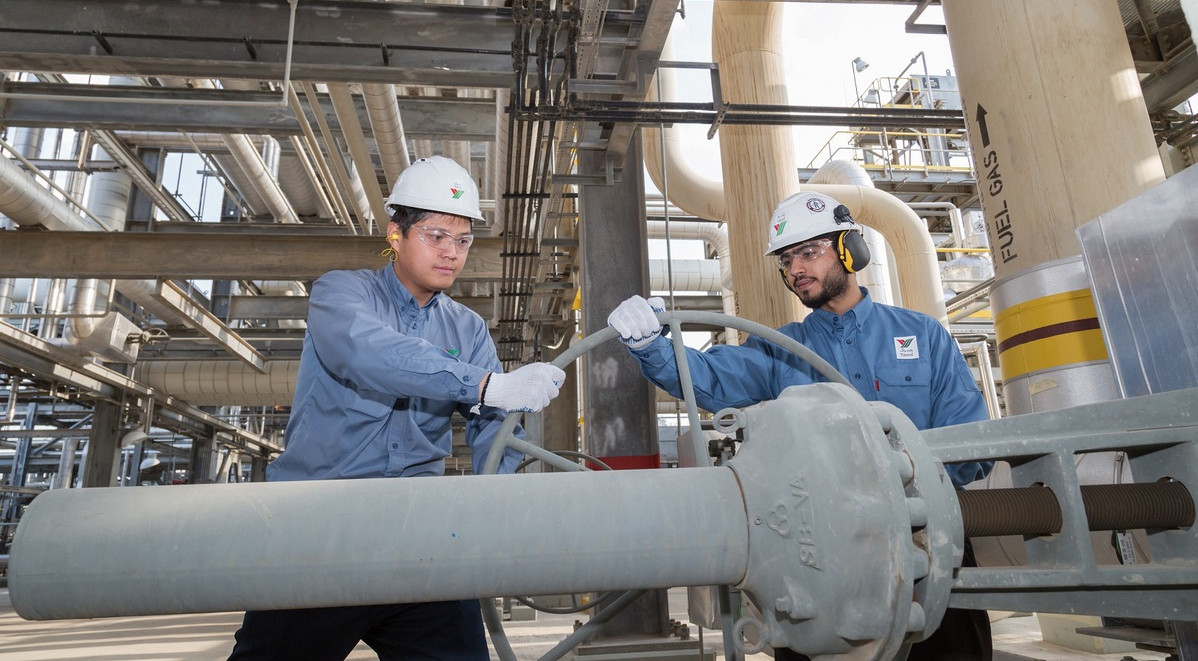 The new impetus to Saudi commitment to BRI comes in the backdrop of increasing trade ties between China and Saudi Arabia in recent years.
China has been Saudi Arabia's largest trading partner since 2013, while Saudi Arabia has been China's largest trading partner in the Middle East at the same time.
In January 2016, President Xi Jinping visited Saudi Arabia and announced the lifting of bilateral ties to a comprehensive strategic partnership in a joint communique with Saudi King Salman bin Abdulaziz. From then on, the relations have quickly developed.
The two countries signed a series of deals worth about 70 billion US dollars when the then Chinese Vice Premier Zhang Gaoli paid an official visit to Saudi Arabia last year. The agreements covered investment, trade, energy, postal service, communications and media. Commenting on the partnership, Zhang said that China-Saudi cooperation was going to enter a new, more robust and fruitful era.‍
Chinese Foreign Minister Wang Li stressed that China views Saudi Arabia as an "important strategic partner" in the construction of the BRI project, which includes the China-Central and West Asia Economic Corridor (CCWAEC) that would connect the Asian giant with the Arabian Peninsula and Riyadh is vital to the project.
China is also keen in supporting Saudi Arabia's blueprint for developing a robust economy through cooperation in various fields, including infrastructure projects that support the BRI and the Saudi Vision 2030.
"China is competitive and experienced in many fields that are of interest to Saudi Arabia," Wang was quoted in an interview that appeared on Al Arabiya. "They have huge potential in cooperation and can complement each other. The achievements of integrating the BRI and Vision 2030 will benefit both countries and lead to regional cooperation."
"At present," he continued, "in the face of profound changes in the world's political and economic structure, the strategic and comprehensive nature of relations between China and Saudi Arabia has become more prominent."
"Both sides support the establishment of a new type of international relations centering on win-win cooperation, and both adhere to the principle of non-interference in internal affairs. Both sides call for guiding economic globalization to develop towards a more inclusive, mutually beneficial and fair direction," he added. 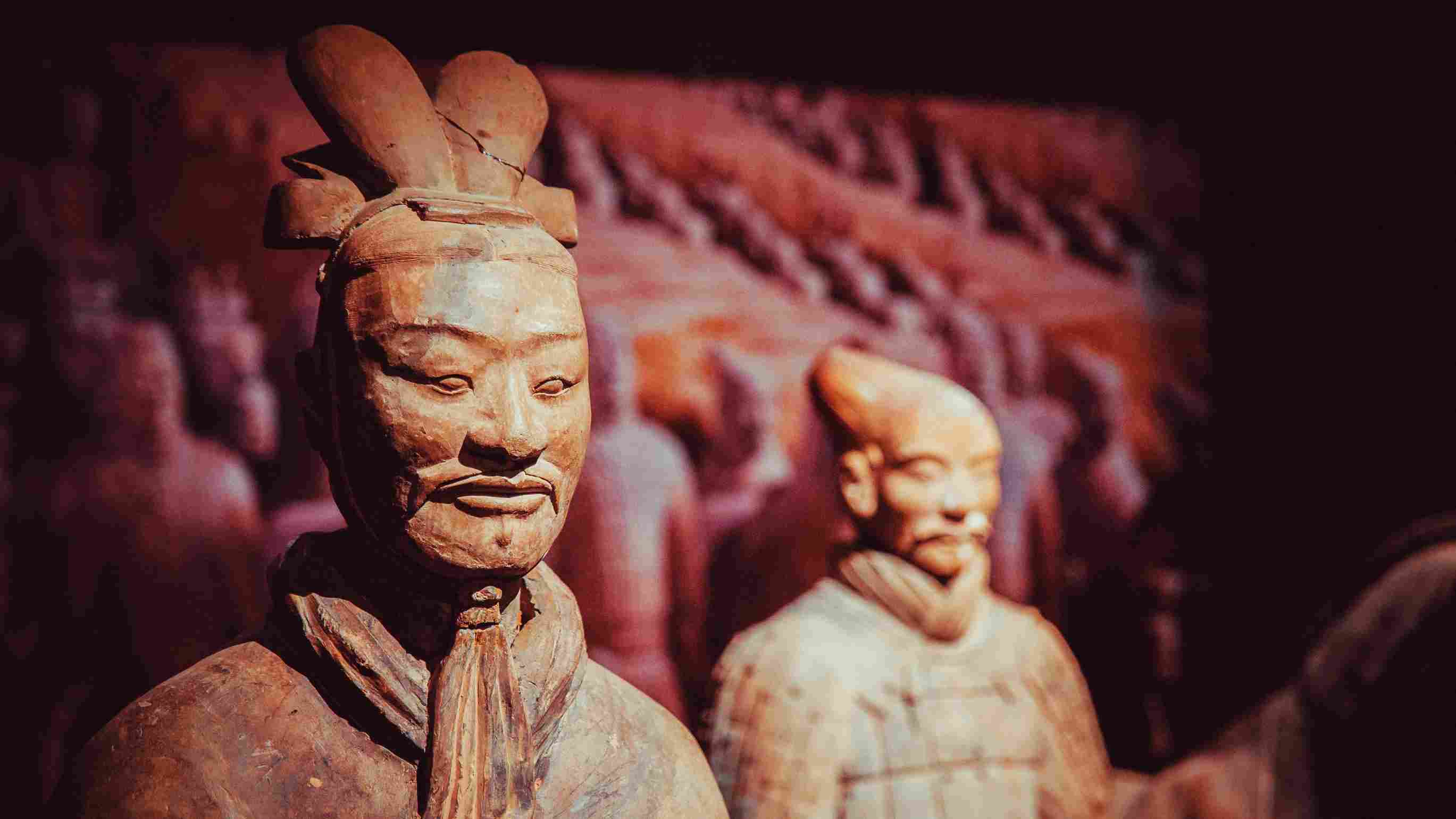 A rare collection of ancient Chinese artifacts, including figurines from the world-famous Terracotta Warriors, are on display at the 'Treasures of China' exhibition at the National Museum in Riyadh. /Photo via CIC, Saudi Arabia

A rare collection of ancient Chinese artifacts, including figurines from the world-famous Terracotta Warriors, are on display at the 'Treasures of China' exhibition at the National Museum in Riyadh. /Photo via CIC, Saudi Arabia

With the two countries forging robust economic partnerships, expanding cultural relations are a natural corollary and increasingly visible. For example, a major exhibition featuring the cultural history and heritage of China opened on September 12 at the National Museum in Riyadh.
Titled "Treasures of China", the exhibition is jointly hosted by the State Administration of Cultural Heritage of China (SACH) and Saudi Commission for Tourism and National Heritage (SCTH).
A rare collection of ancient Chinese artifacts, including figurines from the world-famous Terracotta Warriors, are on display at the venue alongside more than 260 items supplied by 13 Chinese museums and cultural institutions. The exhibition will last until November 23.
The exhibition also showcases objects from Chinese-Saudi joint archaeological excavations at the ruins of Al Sereen site in Mecca.
The show follows the participation of Saudi Arabia in the "Roads of Arabia" show held in Beijing from December 2016 to March 2017.
Saudi Arabia "considers China as an important partner in cultural exchanges and therefore sees this relationship as a mutual investment to advance together in cultural fields and work together to enhance cultural relations between the two countries," SCTH said in a statement.
"The Treasures of China show is an embodiment of strengthening the relationship between the two countries," it added.
(Cover: A general view of Gwadar Port, in Gwadar, Pakistan, Dec. 17, 2017. /VCG Photo)
5250km