Prospects of peace on the Korean Peninsula
By Jack Barton 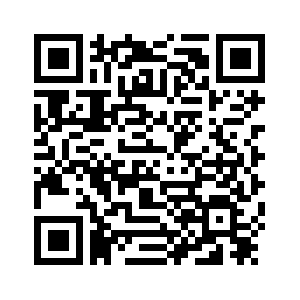 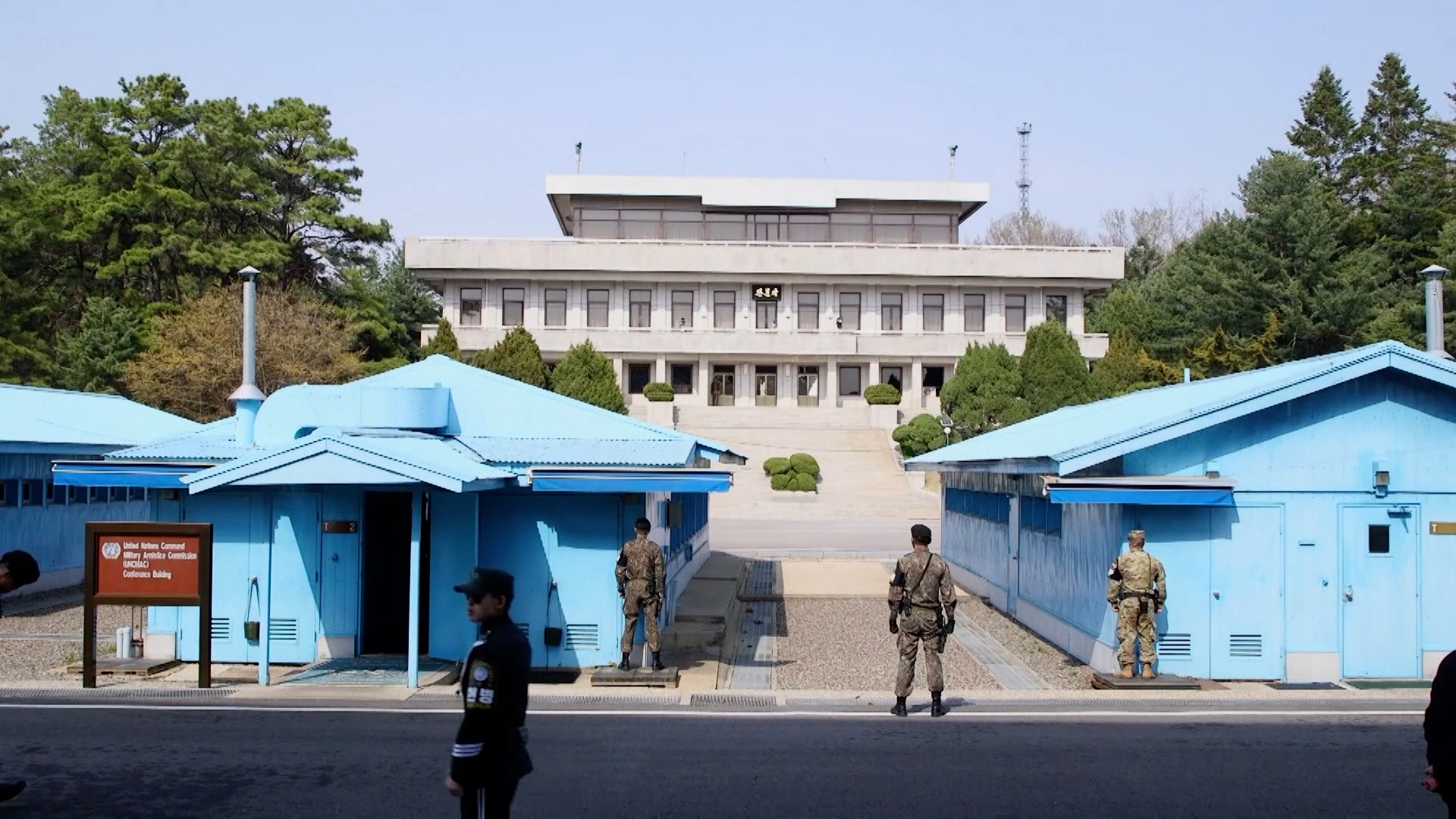 The Demilitarized Zone dividing the Korean Peninsula is the world's most heavily fortified frontier and, in many ways, the very last real vestige of the Cold War.
But inter-Korean relations have been on the mend since the start of the year, improving to the point where Seoul and Pyongyang are now talking about turning the DMZ into a peace zone.
Jack Barton recently visited the DMZ to explore what that might look like and just how realistic the prospects for peace are. 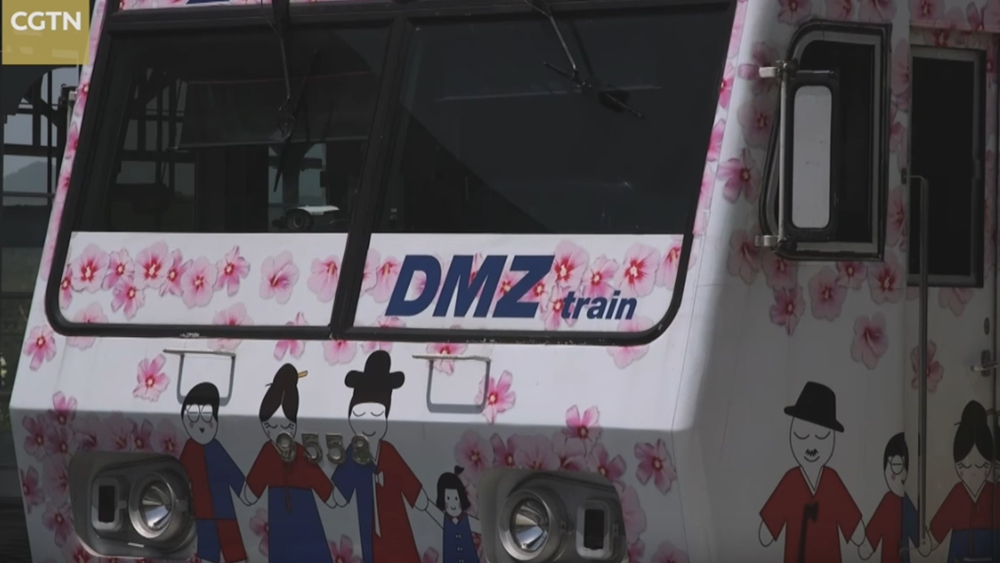 For now the train only carries tourists to the last stop, Dorasan Station, just inside the civilian restricted area that skirts the DMZ. /CGTN Photo

For now the train only carries tourists to the last stop, Dorasan Station, just inside the civilian restricted area that skirts the DMZ. /CGTN Photo

The DMZ is 4 kilometers wide, stretching 250 kilometers coast to coast.
At its heart is the joint security area where the armistice halting the Korean War was signed in 1953.
It still serves as a meeting place for inter-Korean talks.
Speaking to CGTN's Assignment Asia, Andrei Lankov, Korea Risk Group director, noted that the Korean War basically ended where it started "with very minor changes." 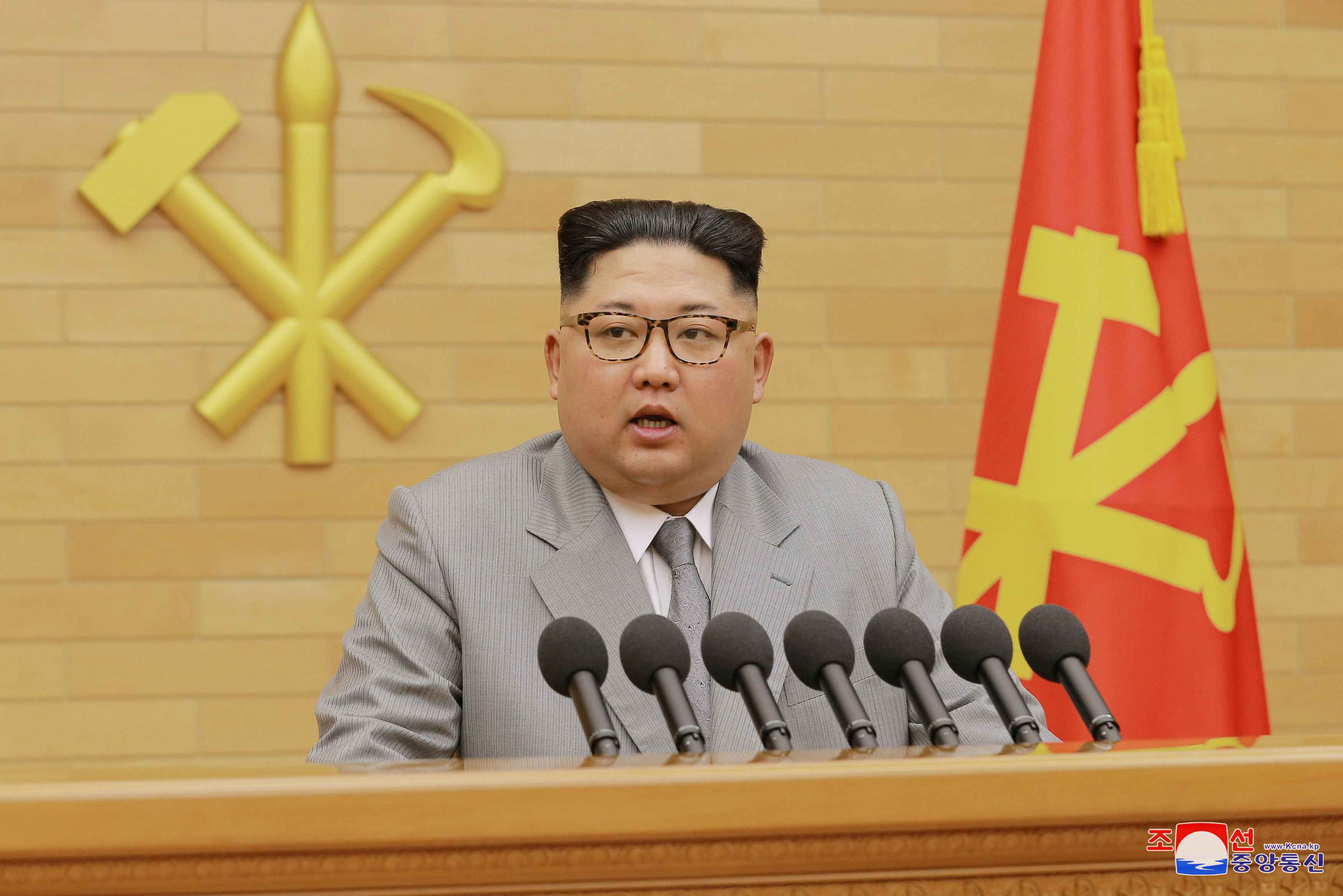 Even though there have been occasional inter-Korean rapprochement and outreach attempts over the decades, these have been sporadic.
North-South ties have largely been marked by tensions.
However, the speech by DPRK leader Kim Jong Un on New Year's Day in 2018 set a series of events in motion.
During the speech, Kim spoke not only of the need to deescalate military tensions between the two Koreas, but also ways to improve inter-Korean ties. 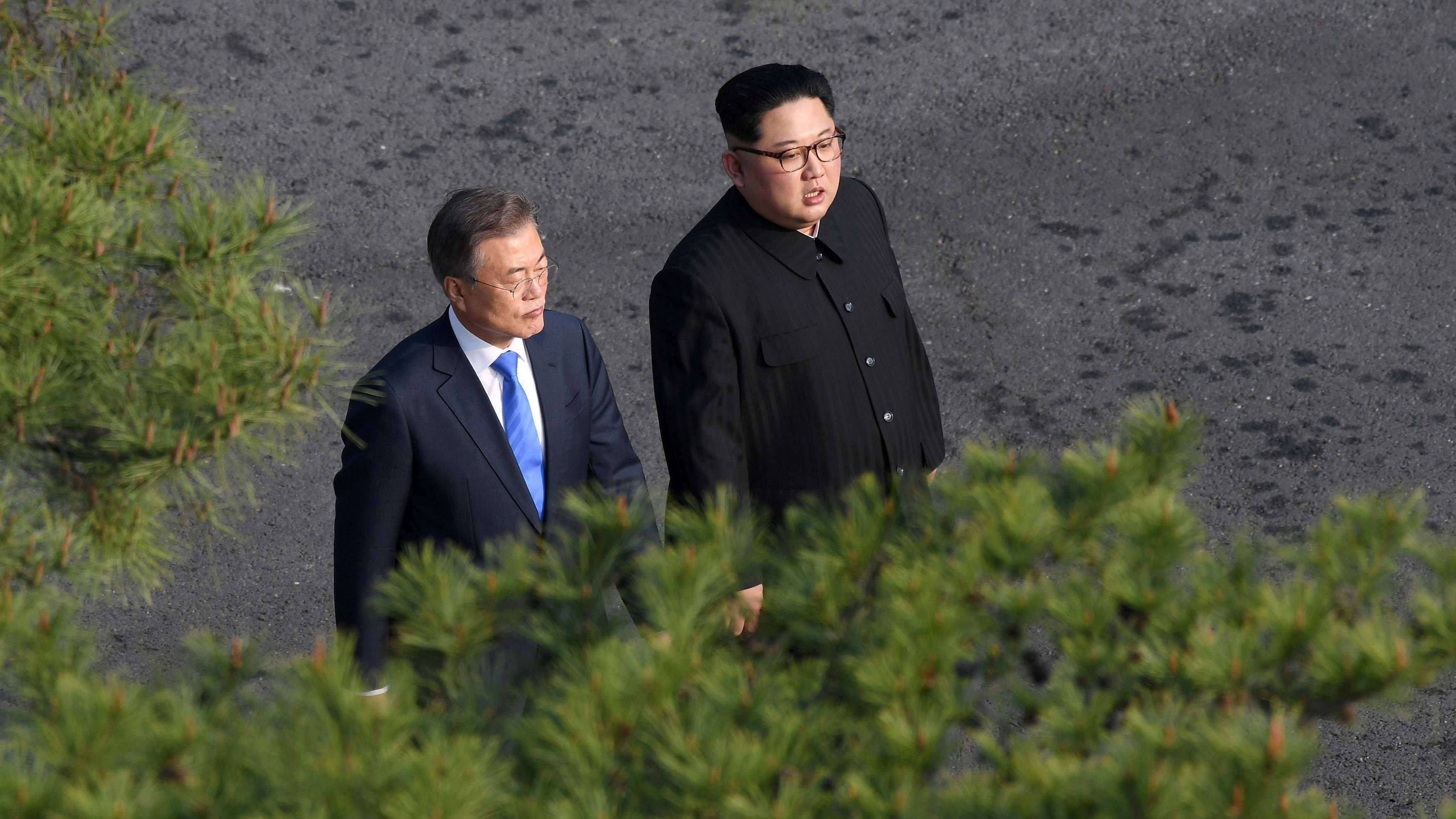 The speech was soon followed by Pyongyang's closure of the Punggye-ri nuclear test site, and a historic meeting between the leaders of the two Koreas in the truce village of Panmunjom.
Both sides agreed to work toward increased economic cooperation, and the complete denuclearization of the Korean Peninsula.
The two Koreas have also announced that they had disarmed the joint security area in the heart of the DMZ.
This process involved the removal of landmines, guard posts, troops and firearms from the co-managed zone.
There's even talk of getting the inter-Korean rail network back on track. 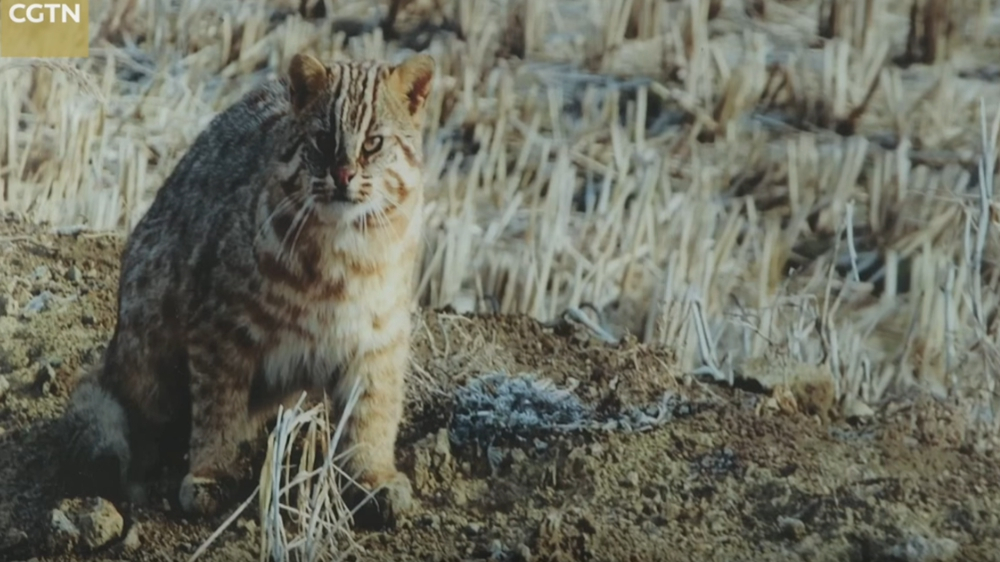 The possible reconnecting of the inter-Korean rail is expected to provide an economic boost for the two Koreas.
Optimists have even begun snapping up land around the DMZ, causing prices to skyrocket.
As Cho Byung-wook, the head of Tea Young Real Estate, noted, the area where the land price is increasing is the civilian control line.
He added: "Right after the (first) inter-Korean summit at the truce village of Panmunjom, prices went up by 50 to 100 percent."
The prices have continued to soar so high that the government is trying to curb a bubble.
However, after the initial excitement, the real estate sector now largely agrees that the DMZ itself should be off-limits.
As Kwon Dae-joong, director of the Korea Real Estate Society, explained: "Even if the two Koreas manage reconciliation the region is unlikely to be developed because it is worth preserving in its natural state. We want it and I think North Korea (DPRK) wants it that way (too)."

Surfing in the northern waters?

Surfyy Beach is about 70 km south of the DMZ and located within the restricted zone. 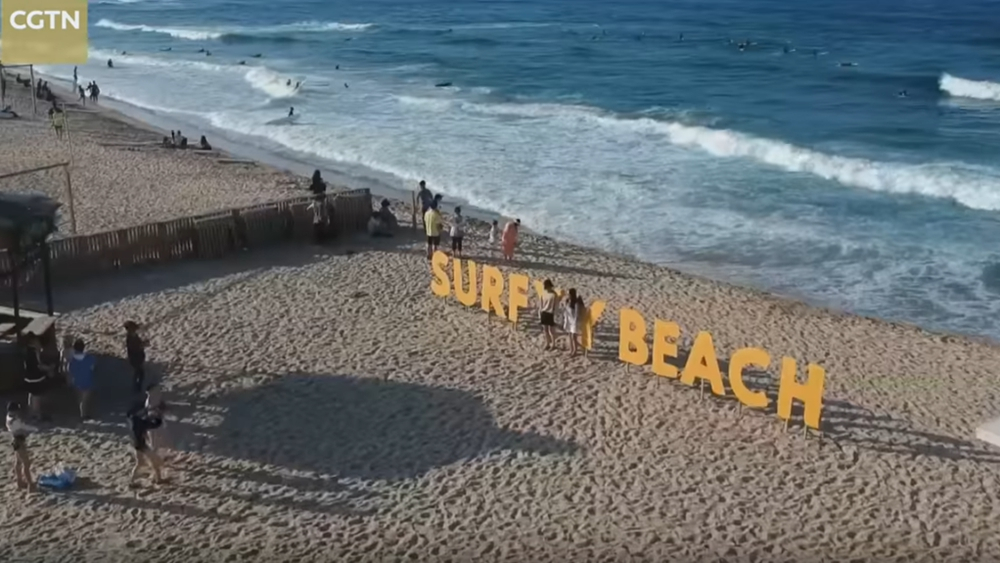 This surfers' paradise was created by Lee Hyung-joo in 2015 against what seemed to be insurmountable odds.
"We had to convince the military that this would benefit them, and that this wouldn't be in conflict with their exercises and practices that are going on, which was a very difficult thing," Lee explained.
Lee hopes that other beaches will open closer to the DMZ and perhaps, one day, beyond.
"I definitely want to surf in North Korea (DPRK) in the future, we think that the surf there would be very good so we are definitely looking forward to it," Lee said.
Agreeing, ROK surfer Kwan-hyunk, said: "I would go surfing with my friends there if reunification takes place."