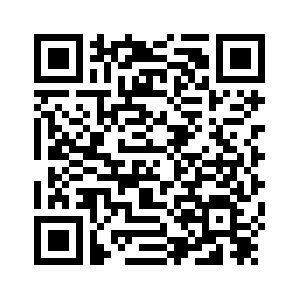 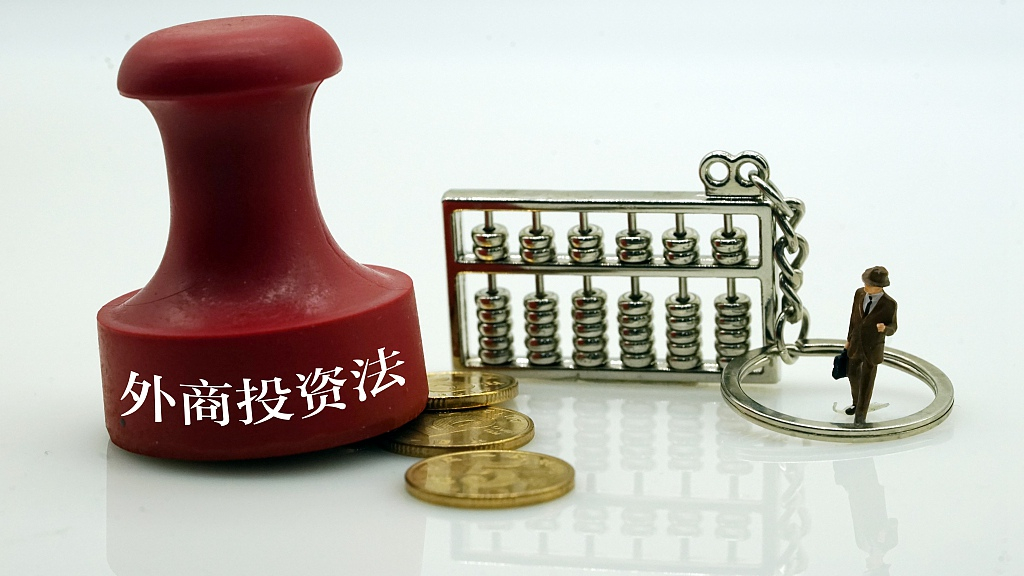 Editor's Note: Pan Deng is a member of the Academic Committee at the Charhar Institute and executive director of the Latin America and Caribbean Region Law Center of China University of Political Science and Law. The article reflects the author's opinion, and not necessarily the views of CGTN.
Against the backdrop of rising protectionism and major challenges to economic globalization around the world, the divergence of foreign economic policies of various countries has brought many uncertainties to the stable development of the world.
The Foreign Investment Law currently under deliberation at the second session of the 13th National People's Congress will provide the basic framework of China's normative system in the field of foreign investment for a long time to come. Therefore, it is bound to attract the attention of media and become one of the most-watched topics of the NPC and CPPCC this year.
In the past few years, Chinese leaders have made many statements on important international occasions to safeguard globalization and free trade firmly. At the national level, a series of specific measures have been rolled out to open up China further.
At a time of a worldwide decline in international direct investment flows, foreign investors in China have enjoyed real benefits with China's actual use of foreign capital increasing regardless of the overall trend. 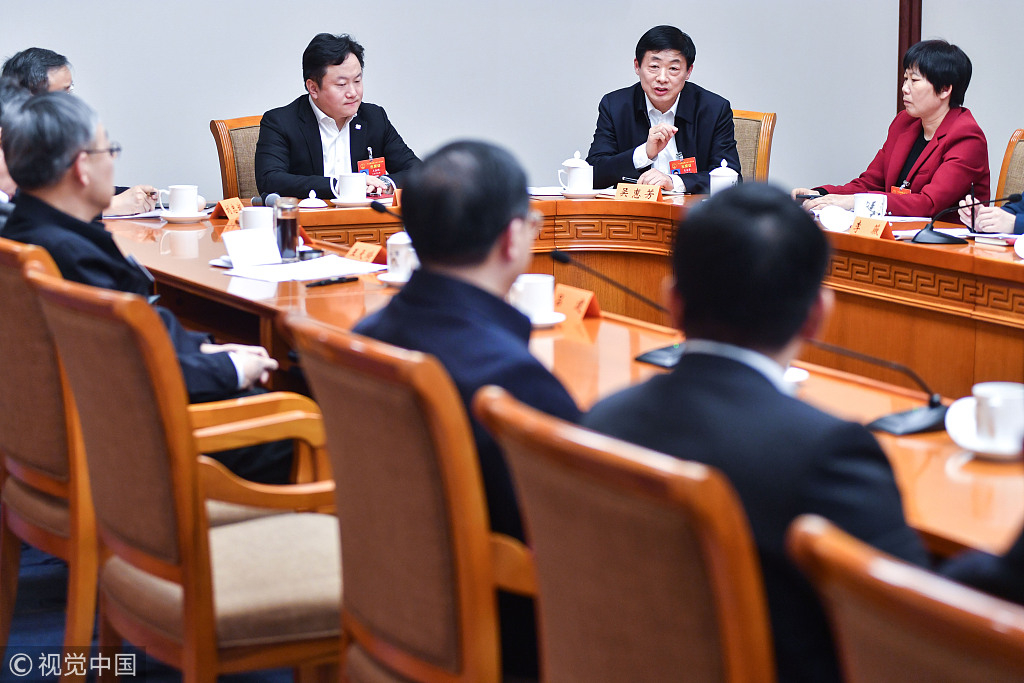 On March 10, 2019, representatives of the Jiangsu delegation of the Second Session of the 13th National People's Congress reviewed the draft Foreign Investment Law at the group meeting. /VCG Photo.

On March 10, 2019, representatives of the Jiangsu delegation of the Second Session of the 13th National People's Congress reviewed the draft Foreign Investment Law at the group meeting. /VCG Photo.

In the Doing Business 2019 Report, released by the World Bank at the end of 2018, China's ranking rose by 32 places from the previous year and ranked 46th in terms of the ease of doing business. Some of these positions and policies proclaimed by Chinese leadership will become more mandatory and stable through legislation.
The draft bill under deliberation is a new fundamental law in the field of foreign investment, which replaces the previous laws that have failed to further stimulate market dynamism and improve government functions.
This means that China will shift from the practice of tax cuts and preferential policies in exchange for external capital over the past 40 years into the establishment of a law-based business environment and governance system in order to create more long-lasting magnetism to foreign investors.
This measure embodies what was put forward at the Central Economic Work Conference in December last year: promote the change from an opening-up based on goods and factors flow to one based on institutional alignment with the outside world. I believe that any unbiased investors and China watchers will be happy about the change. 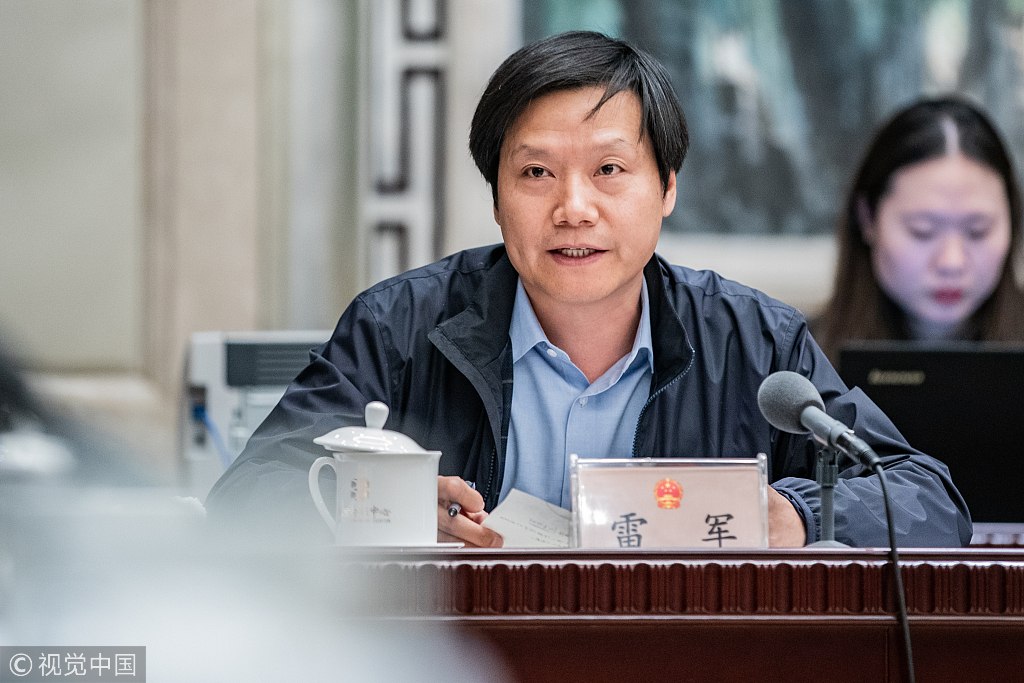 Lei Jun, the NPC deputy and CEO of Xiaomi Group, attended the Beijing delegation meeting of the second session of the 13th National People's Congress to review the Foreign Investment Law of the People's Republic of China (Draft). /VCG Photo.

Lei Jun, the NPC deputy and CEO of Xiaomi Group, attended the Beijing delegation meeting of the second session of the 13th National People's Congress to review the Foreign Investment Law of the People's Republic of China (Draft). /VCG Photo.

Although there is little doubt that the bill will be passed at the closing ceremony of the NPC, those who are really familiar with China's legislative process know that the voting version of the draft law has been discussed repeatedly and much consensus has been reached. This is quite different from the practices in many other countries, where they shelve controversial issues for debate before the parliamentary vote.
The drafting of this law began in 2011, and public opinions were first publicly solicited in 2015; however, its name was slightly different from today's title.
Unfortunately, it was not submitted for further deliberation and was put on hold. Last year, the Standing Committee of the National People's Congress deliberated the Foreign Investment Law for the first time and submitted the draft to all citizens for opinions for 60 days.
During this period, the Standing Committee conducted a second deliberation, and NPC deputies casting the votes also held meetings in their provinces to study and discuss the law. At this Congress, NPC deputies, on behalf of different delegations and groups, will also conduct a total of three deliberations to conclude with a voting version of the law.
It can also be seen that the promulgation of the new law so prudent that almost all of its important provisions have been extensively discussed and repeatedly deliberated.
Take the negative list for market access for example, when drafting the “2015 version” of the law, China was hesitant about whether to adopt a positive list, namely a progressive approach to investment liberalization, or a negative list, which is a bolder approach to investment liberalization. 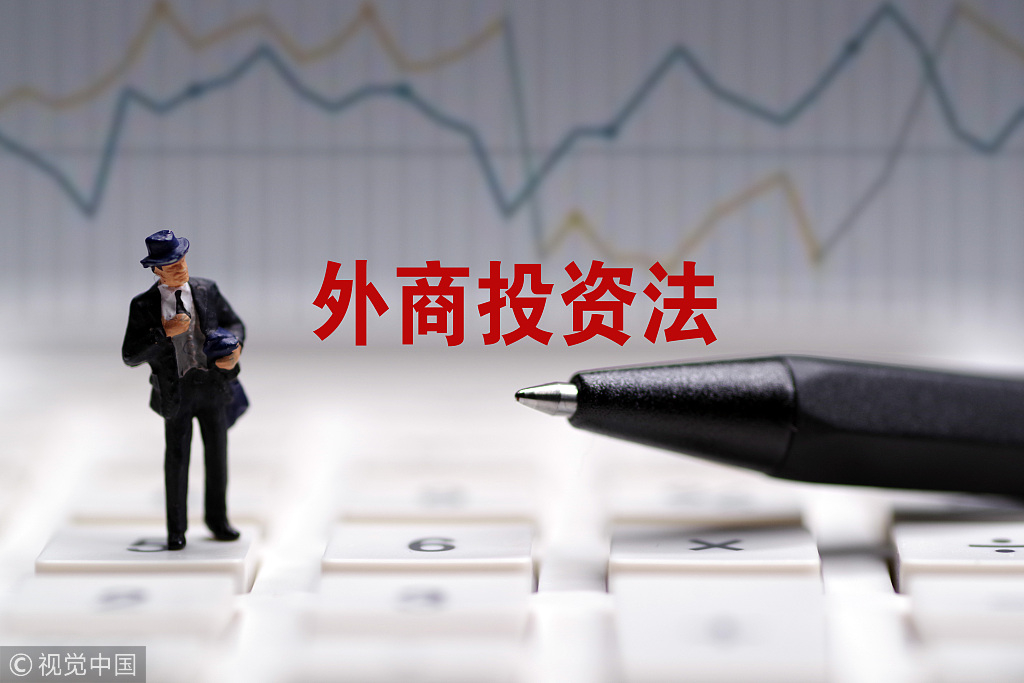 The "negative list" model was later tried out in the pilot free trade zones and has now been extended to the whole country.
Moreover, based on the first draft, the second version has revised and improved many clauses in the main chapters, which demonstrates respect for international business practices and highlights the principle of equal treatment and fair competition between domestic and foreign investment, and serving. The revised draft seeks to manage foreign investment in a way more in line with international rules.
What is clear is that the Foreign Investment Law to be passed must be a law that meets the expectations of all parties. Most of the reasonable doubts and perplexities of some foreign businesses in recent years can be addressed in the final version of the law, and this law will better protect their legitimate interest.
This is a law that not only conforms to the stage of economic development and the basic national realities of our country but also creates a high standard system for further opening-up. For this reason, the vested interests of some local enterprises will be shattered, and some enterprises that rely on high entry bar to operate will be affected.
This is like the reform and opening-up 40 years ago and the accession to the WTO 17 years ago. Such liberalization will inevitably bring challenges and competition which will increase pressure on existing players in China.
However, China, which has opened itself to the world, has realized that its own development must be predicated on openness. Openness and inclusiveness will help to push forward China's domestic reform and solve the difficult problems in its development.
The resilience, potential and ability of China's economy to cope with various kinds of shocks are enough to enable China to participate in the international competition with a more open mind and play a greater role in promoting world economic development while creating more benefits for its people.
(If you want to contribute and have specific expertise, please contact us at opinions@cgtn.com.)