Experts: Patience is a virtue in China-US trade talks
CGTN 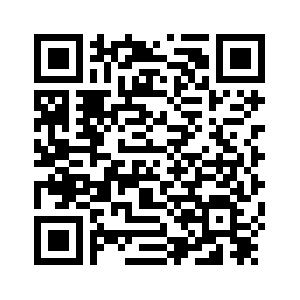 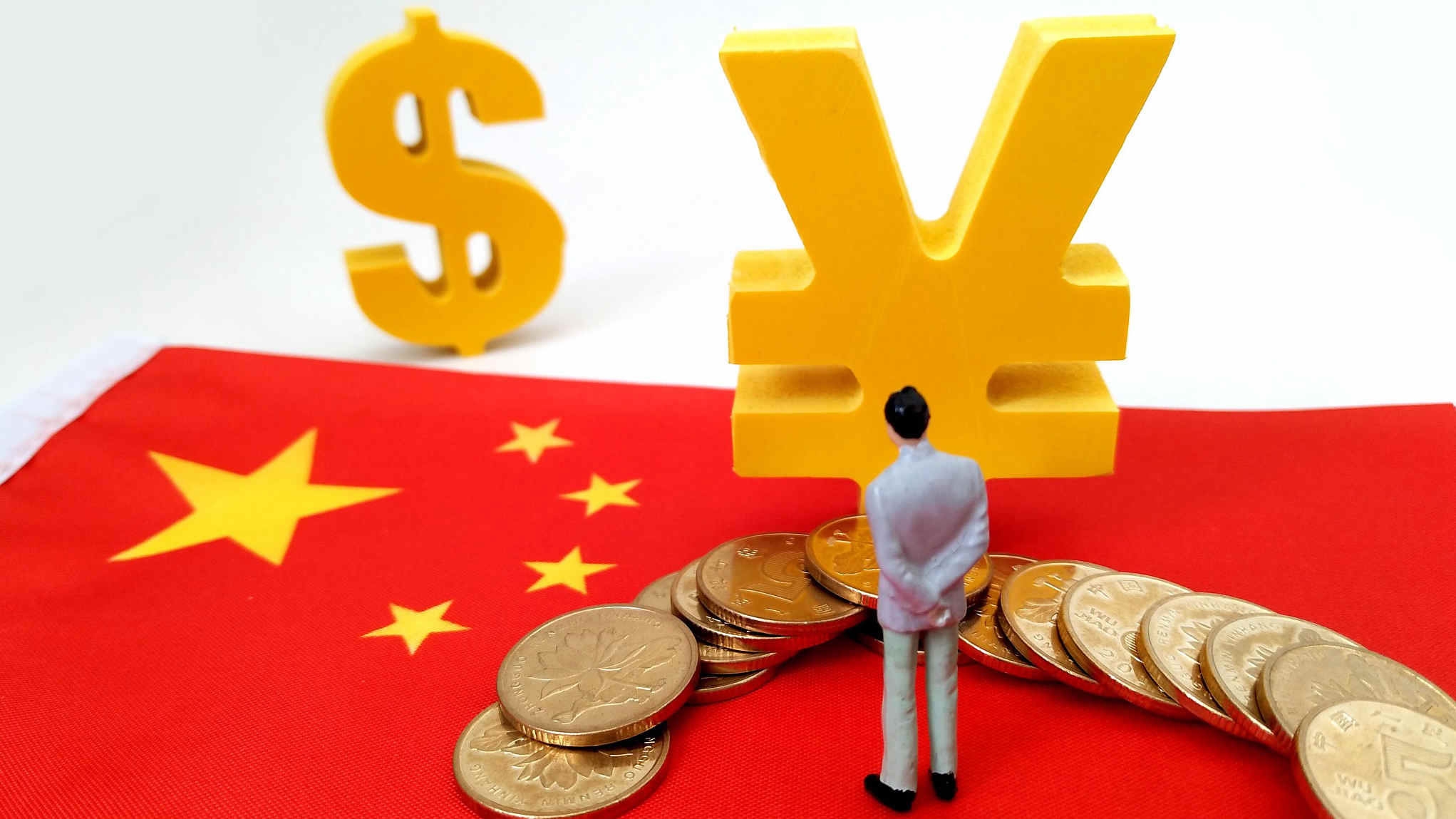 "We should not expect that a two-day negotiation could solve all the issues at once," says Li Yong, co-chairman of China Association of International Trade, about the just-concluded trade talks between high-level officials from China and the US.
"Other than sincerity, patience is also needed from both sides. We should respect the decision-making process of each of the two sides," he adds, suggesting that both sides should engage in a fair, candid, rational and practical communication.
The highly-anticipated meeting, which was held in Beijing on Thursday and Friday, is now over. As the US delegation of top officials, led by Treasury Secretary Steven Mnuchin, heads back to Washington to report to President Donald Trump, an official statement by the White House spoke of "frank discussions" between the two sides. 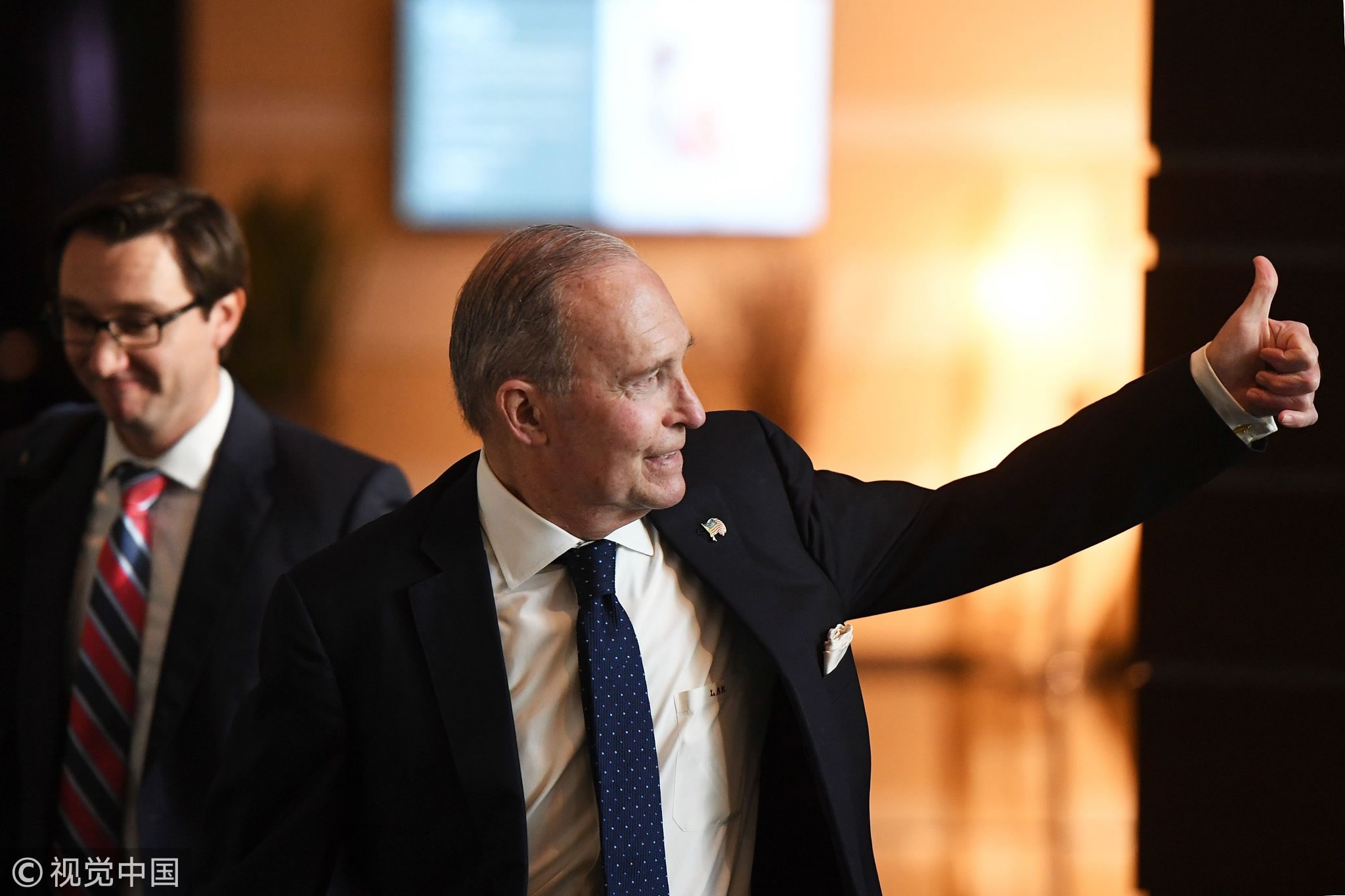 White House economic adviser Larry Kudlow gestures as he walks through a hotel lobby in Beijing, May 3, 2018. /VCG Photo

White House economic adviser Larry Kudlow gestures as he walks through a hotel lobby in Beijing, May 3, 2018. /VCG Photo

China and the US have had "candid, efficient and constructive talks," Xinhua reported, but "considerable differences still exist on some issues" it added.
Indeed, the trade issues between China and the US did not arise overnight. Behind the huge trade deficit is a profound structural problem that has been going on for a long time and is likely to continue.
Li Wei, director of the Institute of America and Oceania Study under the Ministry of Commerce, explains that the structural issue is related to the saving rates in the US, which makes it trade deficits between it and other countries inescapable. This could have been solved by lifting the limits on high-tech exports to China, which the US has discarded and instead opened fire on China.
"It starts with trade, with a focus on trade imbalance. Then the issue escalates to intellectual property and high-tech which have involved crucial economic interests and security. This has gone beyond the matter of trade. The US' intention to contain China’s development has become public," Li added.
Now that the world’s two largest economies have sat down together, a "candid" conversation could mean that both parties have revealed their cards... or it could also hint to confrontation and bargaining.
Reuters quoted a source with knowledge of the matter, as saying that during the talks, China forcefully fought back the US' unreasonable criticism to Beijing's intellectual property practices, and its demand for China to reduce trade imbalance.
Worthy of noting is a report by Wall Street Journal citing a document issued by the US to the Chinese ahead of the talks, and which reveals the negotiation framework the US delegation laid out, including some aggressive demands to China.
It reportedly asks China to reduce the bilateral trade deficit by "at least 200 billion US dollars by the end of 2020" and even halt the "Made in China 2025" plan.
If true, the documents proves the US' true position. 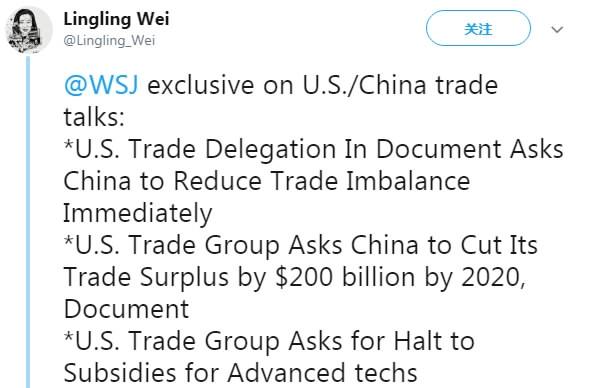 Screenshot of a tweet by Lingling Wei, chief China economics correspondent at WSJ, summarizing what she said were the demands of the US delegation from China.

Screenshot of a tweet by Lingling Wei, chief China economics correspondent at WSJ, summarizing what she said were the demands of the US delegation from China.

However, going forward, Ren Dongyan, a researcher with the Institute of World Economics and Politics at the Chinese Academy of Social Science, still thinks this meeting is a positive sign to resolve chronic issues between China and the US.
"It is perfectly normal to have divisions, even conflicts, in the process. But conflicts should not lead China-US relationship."
Li pointed out that in a globalized age, the way to resolve conflicts is not to "cripple" the competitor. The global economic chain is too vulnerable to be broken even in one link.
China’s attitude has not changed throughout this episode with the US: It does not give in to threats and blackmailing, it won’t trade its core interests, and above all, it welcomes fair and equal negotiations.
It could only be hoped that Trump could get on board with China, and take a good look at the US' own structural problems.