The EU-election: A vote for clarity versus confusion?
Richard Fairchild 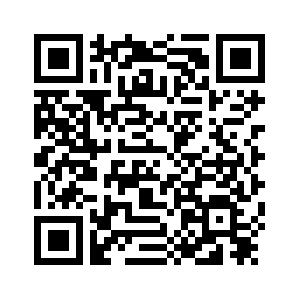 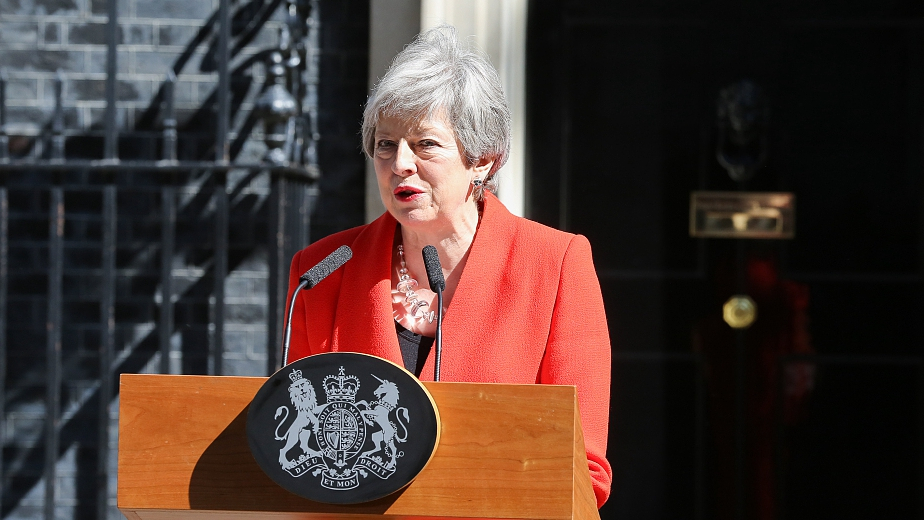 Editor's note: Richard Fairchild is an associate professor of finance at the University of Bath. The article reflects the author's views, and not necessarily those of CGTN.
A monumental weekend in the long-running Brexit saga began with the emotional resignation of Theresa May on Friday, May 24, followed by the dramatic EU-election results that emerged with such breath-taking excitement on Sunday, May 26.
The British public was voting for UK-MEPs (Members of the European Parliament). In terms of vote share, the Brexit party won hands-down, securing 32 percent of the vote. The Liberal Democrats were second with 20 percent of the vote, Labour was third, with 14 percent of the vote, just above the Green Party, who was fourth, with 12 percent of the vote.
The Conservative Party suffered very badly, finishing in a sorry fifth place, with only nine percent of the vote. In terms of vote-share change (the change in vote share since the last EU-elections in 2014), the Labour and Conservative parties also suffered very badly, with Labour losing 11.3 percent of their 2014 vote, and the Conservatives losing 14.8 percent of their 2014 vote.
As BBC News Website states: "It was a tough night for both Labour and the Conservatives." This website quotes the Labour deputy leader Tom Watson, who said that "Labour lost many hundreds of thousands of potential votes" due to its confused stance over holding a public referendum on Brexit: it appears that Labour may now be reacting, with calls to unite behind Leader Jeremy Corbyn, who has stated that the Labour Party was "ready to support a public vote on any deal." 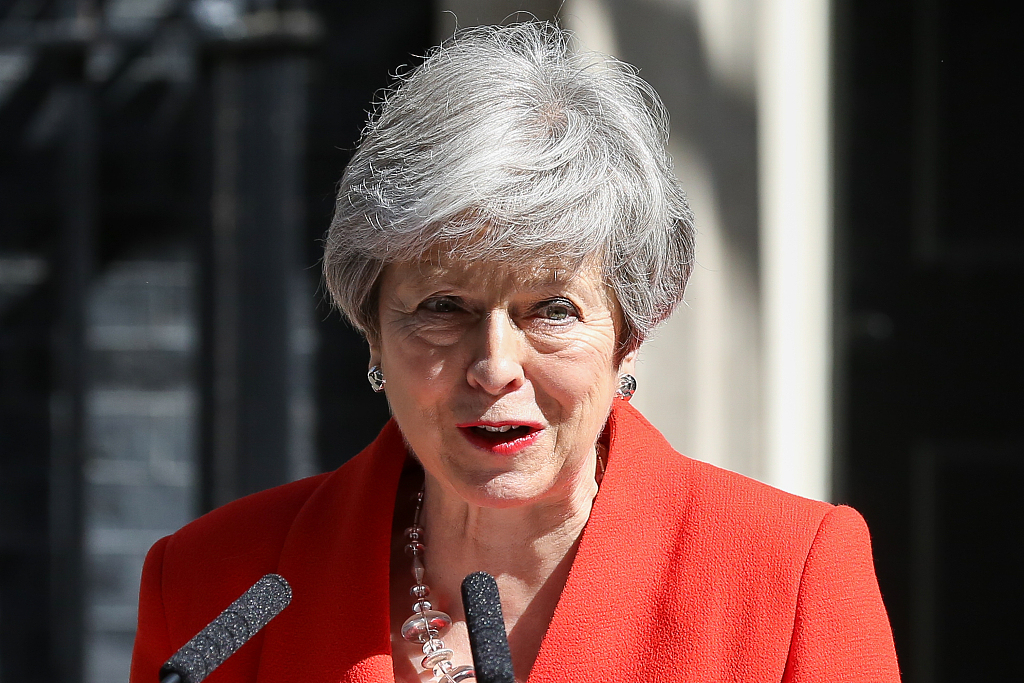 British Prime Minister Theresa May makes a statement outside 10 Downing Street in London, May 24, 2019. /VCG Photo

British Prime Minister Theresa May makes a statement outside 10 Downing Street in London, May 24, 2019. /VCG Photo

What do these EU results mean for the future of the Brexit process? Some commentators argue that the massive Brexit Party victory signals loud and clear that the British Public just want to get on with Brexit at all costs, whether with a deal or no-deal: we just want it done and dusted.
Other commentators point out that both the Liberal Democrats and the Green Party stood as a remainder and staunch advocates of another referendum (People's Vote on Brexit). The fact that the combined vote of the Lib Dems and the Greens is 33 percent, equalling the Brexit Party, can be viewed as showing that, in these EU-elections, there is an equally-split sentiment for Brexit and Remain.
Indeed, the BBC News Website goes so far as to group the election results by all of the parties' Brexit stance: under this measure, excluding Labour and Conservatives, explicitly anti-Brexit parties (the Lib-Dems, Greens, SNP, Change UK, and Plaid Cymru) had 40.4 percent of the vote, and explicitly pro-Brexit parties had 34.9 percent of the vote.
According to BBC News, "Liberal Democrat leader Sir Vince Cable said that there was a majority of people in the country who don't want to leave the European Union now." Furthermore, "polling expert Sir John Curtice said the results showed how polarized the country had become over Brexit." 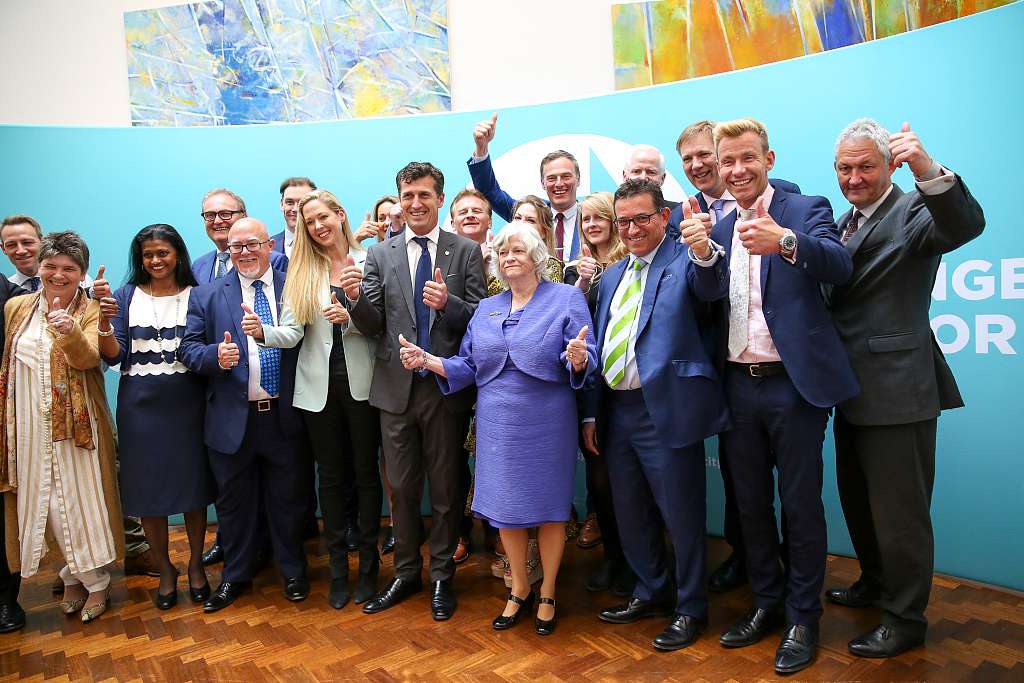 Furthermore, Sir John Curtice, quoted by The Express newspaper, argues that this vote shows that the voting public favor clarity over confusion: the majority of voters have either voted for a party clearly in favor of Brexit, or parties clearly in favor of remain, a second people's referendum voters moved against "May and Labour's compromise and fudge positions."
Thus, a further message that comes from these results is that the British public is fed up with the two major parties, which have been seen to make such a mess of the Brexit process so far. Indeed, there is a level of apathy sweeping across the electorate: the turnout at the Polls was only 37 percent of the voting population.
We recall that these EU elections should not have even taken place in the first place. Theresa May had invoked Article 50 on March 29, 2017, which gave us two years to leave by the original Brexit date of March 29, 2019.
When that date came, Britain was not in a position to leave, and the EU granted us a short extension to April 12, 2019. If May's deal was not agreed by then, the EU stipulated that Britain would have to crash out with a chaotic no-deal.
On April 2, 2019, Theresa May said Tuesday she will seek a short delay, from the April 12 deadline, of her country's departure from the European Union after lawmakers have repeatedly failed to agree on a plan. May said she wanted the extension to be as short as possible and end before May 22 so the UK does not have to take part in the EU elections, reported US News and World Report. 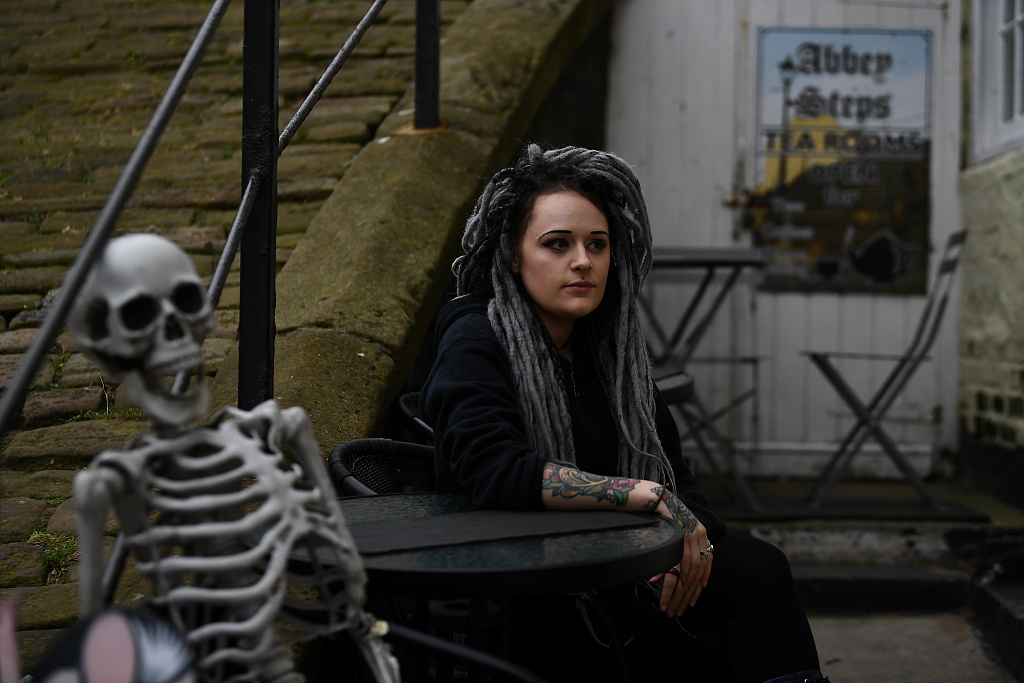 A British girl who didn't vote sits outside her cafe in Whitby, Britain, February 28, 2019. /VCG Photo

A British girl who didn't vote sits outside her cafe in Whitby, Britain, February 28, 2019. /VCG Photo

This objective proved to be too ambitious, and the EU-UK agreed on the final Brexit deadline of October 31, 2019, meant that we were forced to take part in the EU elections, putting up 73 MEPs to be elected to belong to a club that we do not even want to be in.
Quoted by the Express Newspaper, Sir John Curtice has stated that the EU-election, which was forced onto Britain by the EU, has backfired on the EU, with the massive Brexit party win, and will turn into a "nightmare for the European Union's elite."
If Britain leaves on October 31, these British MEPs will lose these positions. Thus, it will be interesting now to observe the political and psychological dynamics at future EU Parliamentary meetings, when Britain will be represented by 29 MEPs from the Brexit Party (who fundamentally disagree with the EU-institutions, and want to leave), 16 Lib Dems and seven Green, who are the remainders, who support Britain in the EU, but who know how short-term their positions may be there! Then there are the 'confused' Labour with 10 MEPs and four Conservatives. The months ahead in the EU Parliament could prove to be very dramatic indeed.
(If you want to contribute and have specific expertise, please contact us at opinions@cgtn.com.)