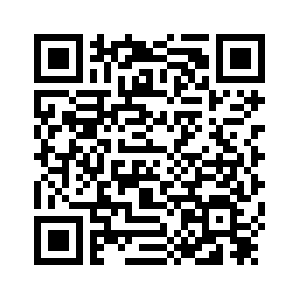 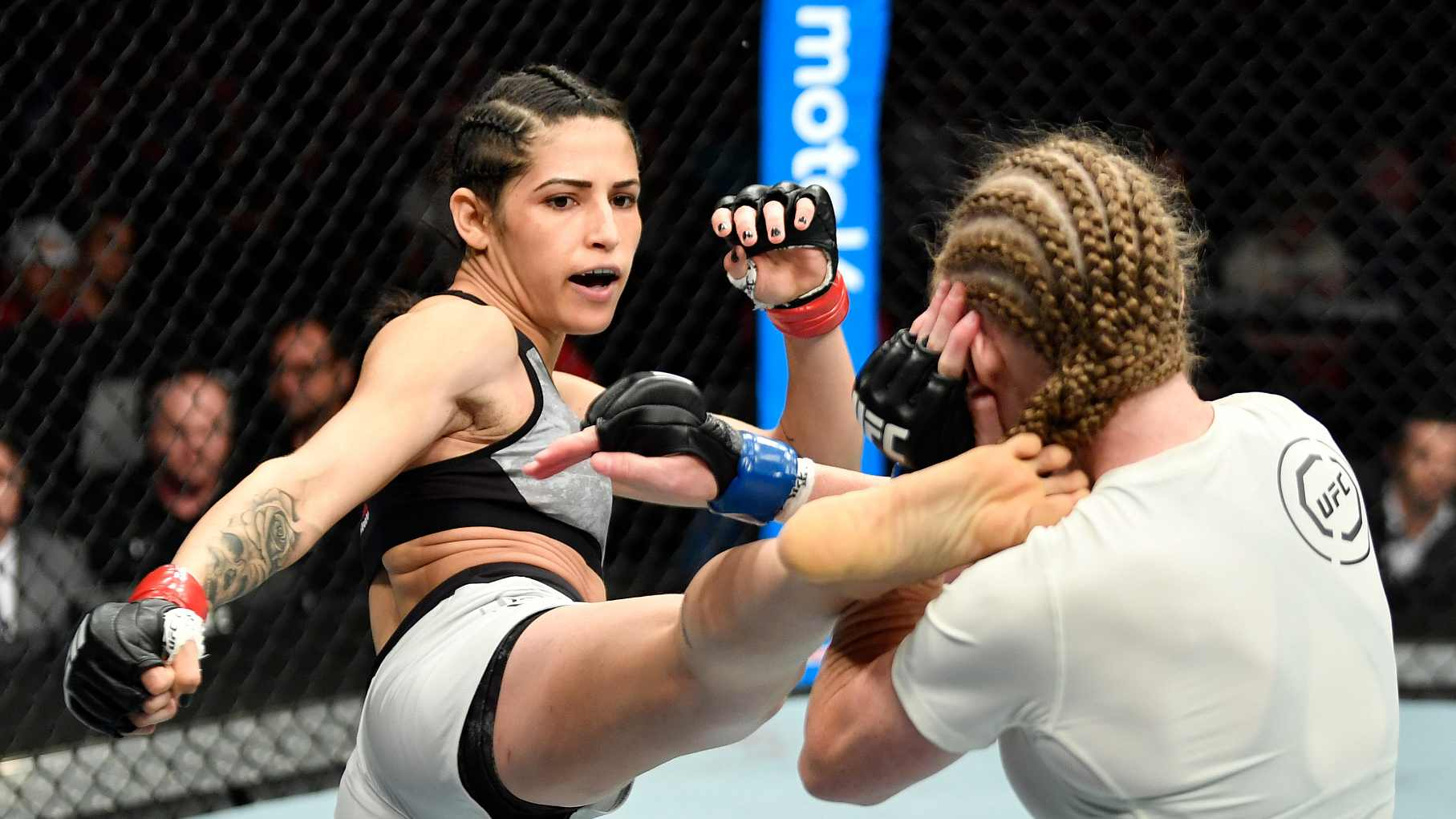 A robber who tried to steal a cell phone from a young woman in Rio de Janeiro learned the hard way that mugging a mixed martial arts (MMA) fighter who goes by the nickname "the Iron Lady" is not an excellent idea.
Polyana Viana, an Ultimate Fighting Championship (UFC) strawweight fighter, brought the hapless perp down with two punches and a kick and held him in a "rear-naked choke" before making him sit and wait for the police, she told the sports website MMA Junkie.
The attempted crime happened late Saturday as Viana, 27, was waiting for an Uber outside her apartment block. She said the man told her he had a gun but she surmised it probably wasn't real and in any case "he won't have time to draw it" before she went into action.
After subduing the assailant she discovered the weapon was, in fact, a cardboard replica of a pistol. 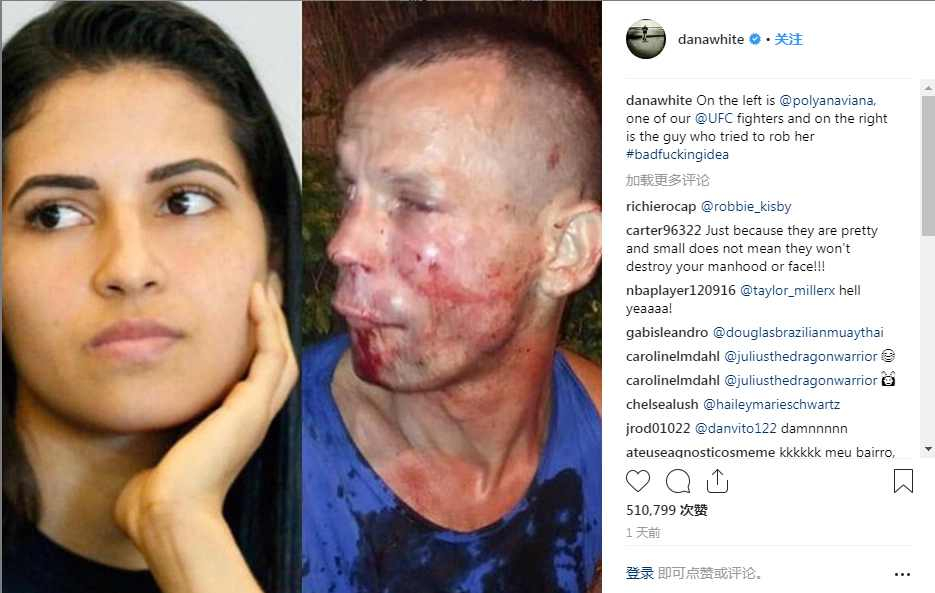 Viana posted images of the would-be robber, looking dejected and bruised, with blood on his sleeveless shirt and on a hand, as she kept his arm in a "kimura-like position" until police officers arrived.
"Since he took the punches very quickly, I think he was scared," she said.
She said that, after the suspect's processing by police and treatment for his injuries, she went home and made dinner. Her hands hurt a bit the next day, but nothing serious and she was otherwise unharmed.
Muggings are a constant risk in Rio and other cities in Brazil. The country's new president, Jair Bolsonaro, was elected on promises to crack down on crime.
Source(s): AFP