Opinion: The widening gap between Turkey and the U.S. on Syria
Wang Jin 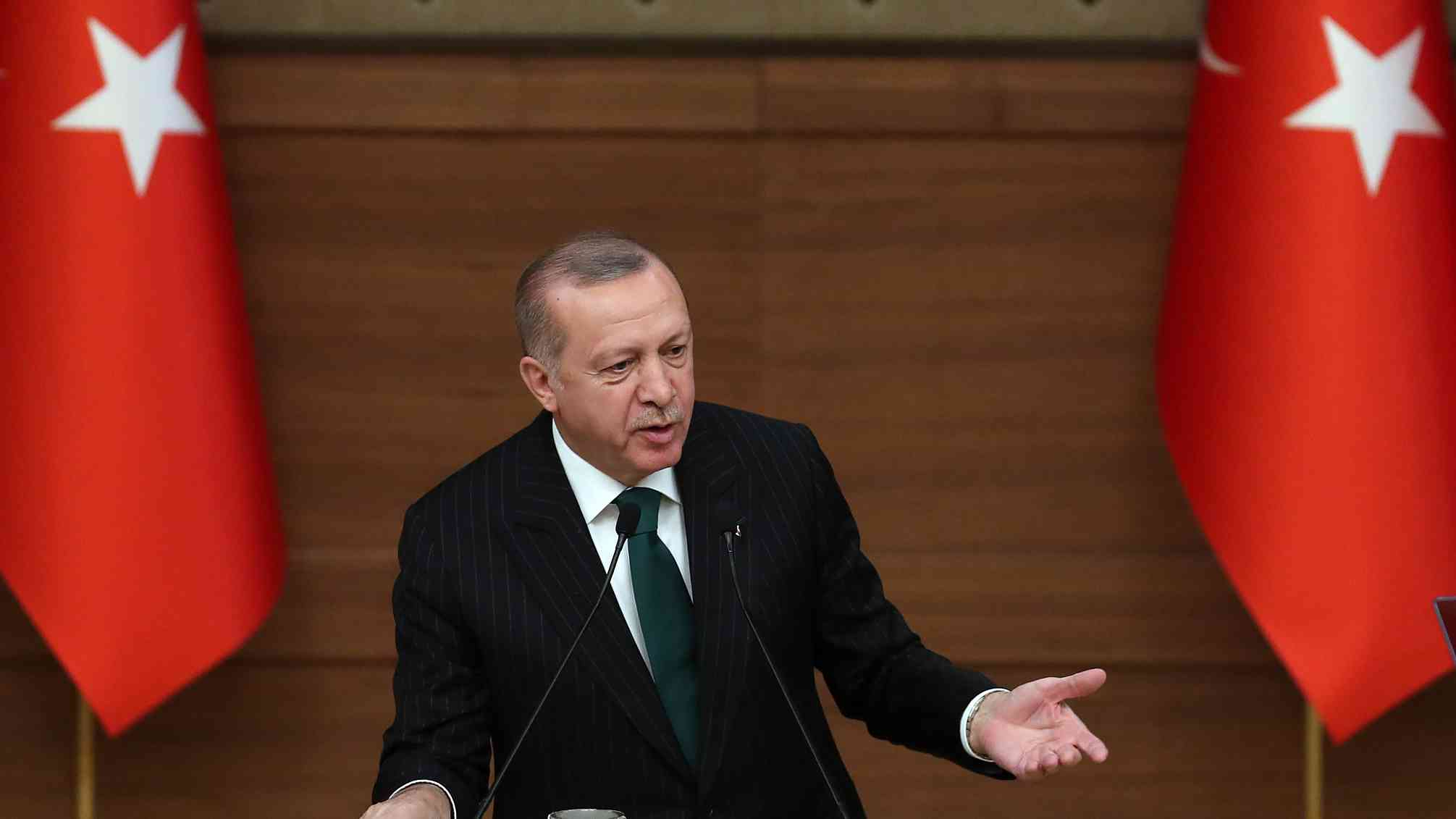 Editor's note: Wang Jin is a research fellow at the Charhar Institute. The article reflects the author's opinion, and not necessarily the views of CGTN.
Just one month ago, U.S. President Donald Trump announced his decision to withdraw U.S. troops from Syria in a rapid manner. Turkey's President Recep Tayyip Erdogan claimed that the U.S.' upcoming withdrawal would lead to Turkey's dominance in northern Syria.
However, a few weeks later, things underwent a great deal of change with Trumping reversing his previous position, saying the withdrawal would be slow. To many, the U.S.' policy in the Middle East are rather unclear.
When U.S. National Security Advisor John Bolton traveled to Turkey for a two-day visit this week, Turkish President Erdogan refused to meet him.
Bolton demanded that Turkey not attack the U.S.-backed Kurdish forces led by the Syrian Kurdish Democratic Union Party (PYD). In response, Erdogan said Bolton's request was "a serious mistake," and said that Turkey "will not compromise." 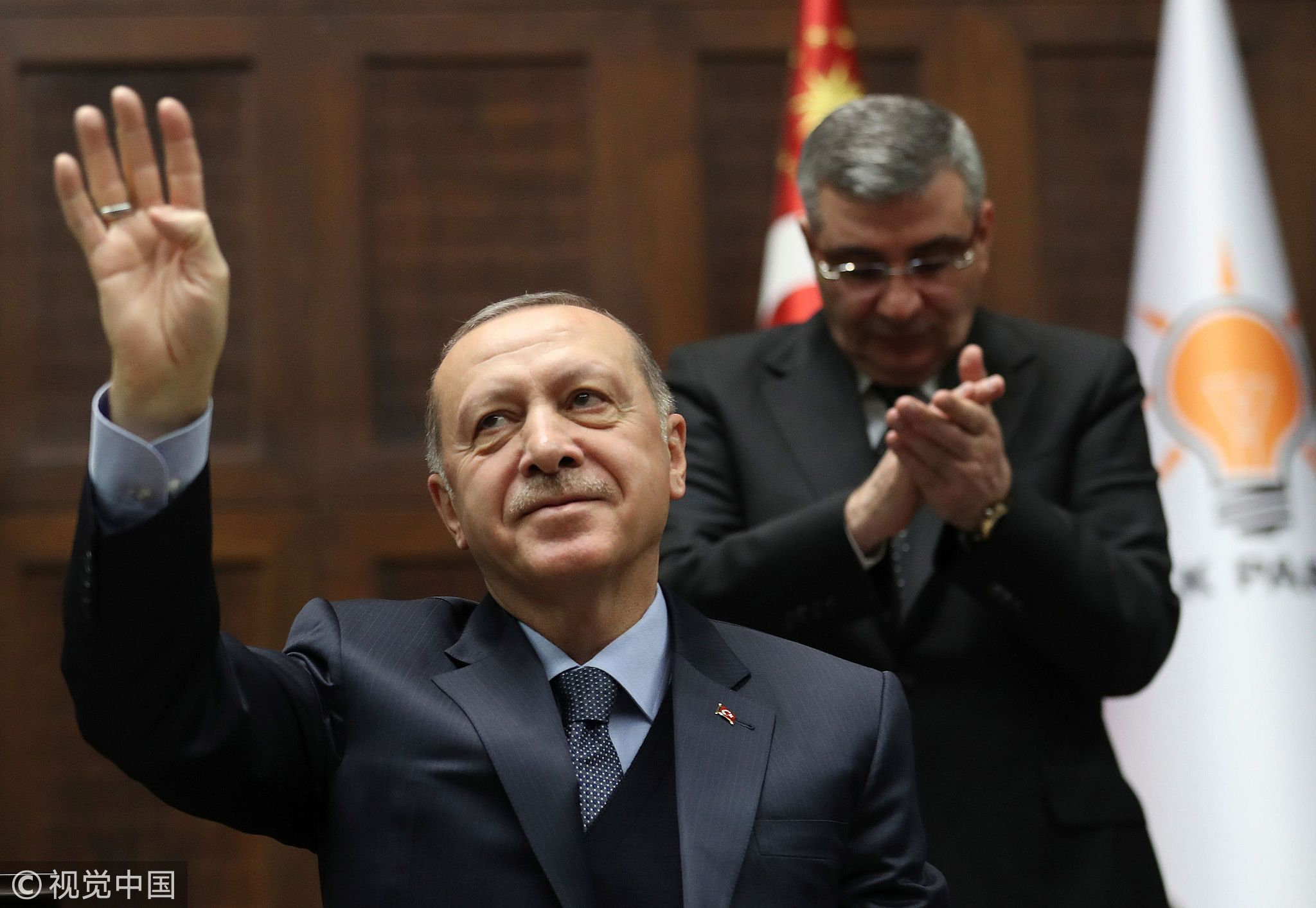 Turkey's President and leader of Turkey's ruling Justice and Development (AK) Party Recep Tayyip Erdogan waves after a speech during his party's parliamentary group meeting at the Grand National Assembly of Turkey in Ankara on January 8, 2019. /VCG Photo

Turkey's President and leader of Turkey's ruling Justice and Development (AK) Party Recep Tayyip Erdogan waves after a speech during his party's parliamentary group meeting at the Grand National Assembly of Turkey in Ankara on January 8, 2019. /VCG Photo

However, although Turkey and the U.S. both promise to ensure the security of Syrian Kurds, they are actually talking about different things.
Turkey has been emphasizing that its target in Syria is only "terrorist groups," of which it considers the Syrian Kurds led by the "Kurdish Democratic Union Party" (PYD) a branch of the "terrorist group" Kurdistan Workers' Party (PKK) and is determined to eliminate the "terrorist threats" in northern Syria through major military offensives.
Turkey's policy in northern Syria can be understood as a result of Turkey's aspirational goal in recent years of dominating the Middle East.
Traditionally, modern Turkey is a state upholding the principle of "peace at home, peace abroad" without intervention into other states' affairs. However, that policy has witnessed fundamental transformations during the past decade.
Modern Turkey was born after the World War I. It gave up its territorial claim over northern Syria and northern Iraq in the 1930s to safeguard its own territorial integrity, and was cultivating national consciousness at home to strengthen ties among different ethnic and religious groups.
In the early years of the country, for Turkey to realize its goal of "peace at home, peace abroad," it needed to give up its "pan-Islamism" and "pan-Turkism" identity that once was a dominant ideology in the Ottoman Empire.
The "founding father" of modern Turkey, Mustafa Kemal Atatürk, expelled the Ottoman sultan and constrained both "pan-Islamism" and "pan-Turkism" identities in Turkey's society. He also chose to concentrate on Turkey's internal affairs. 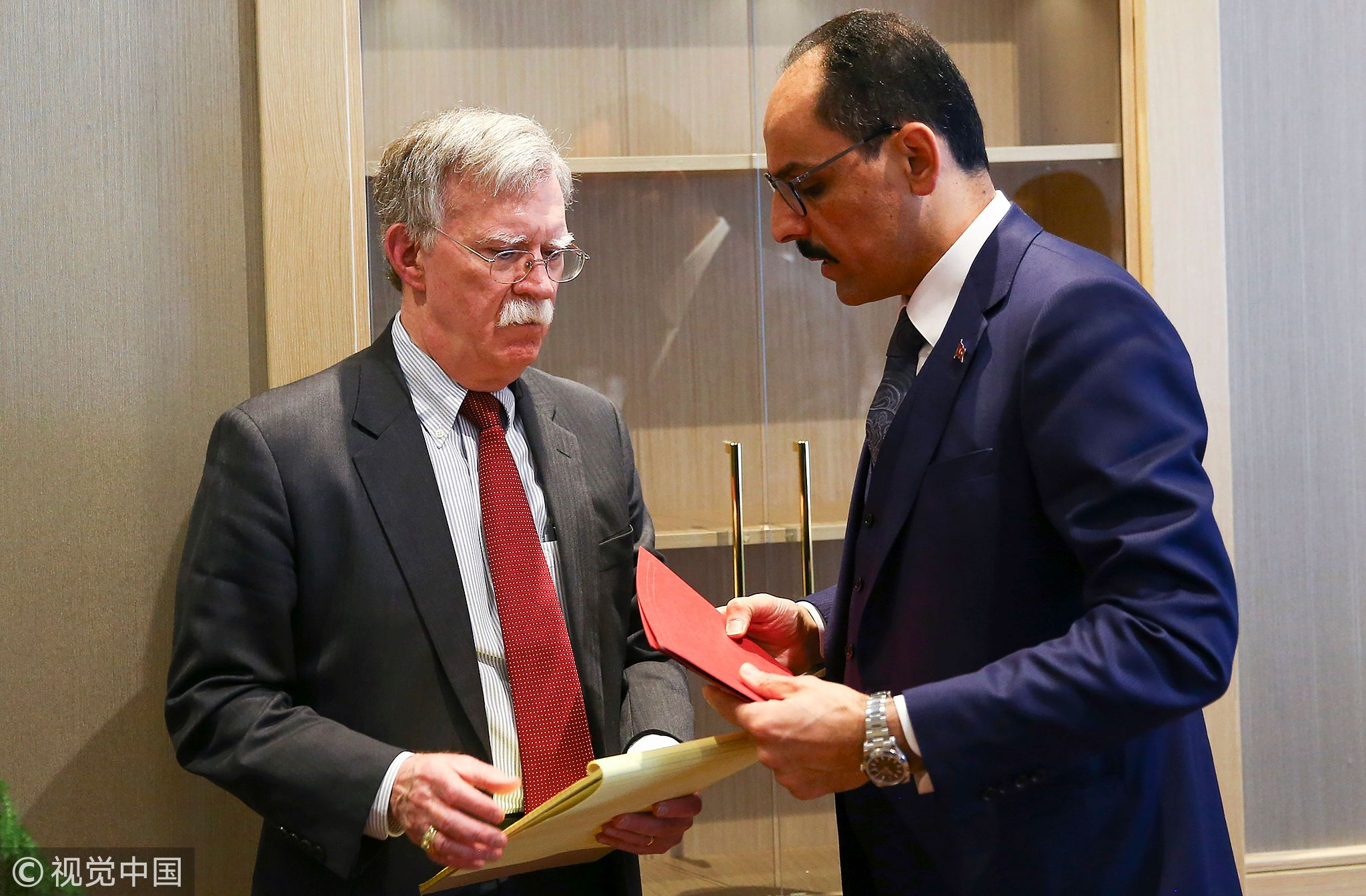 From the 1930s to 2011, Turkey was only involved in two wars; one was the Korean War in the early 1950s which saw the country sending a division to support its U.S. ally, and the other happened in northern Cyprus where Turkey sent forces to protect Turkish groups there.
However, since the 1980s, especially after the Erdogan-led Justice and Development Party (AKP) assumed power in 2002, the ideologies of "pan-Islamism" and "pan-Turkism" has become increasingly more popular in Turkey.
Since 2011 when many Arab neighbors started to be embroiled in their internal crisis, Turkey has involved itself in different regional issues. However, its support to Hamas in Gaza has provoked tension with both Israeli and the Palestinian authority in the West Bank. Its sympathy for the Muslim Brotherhood also caused its relations with Egypt to suffer after 2013, its assistance to Qatar dampened its own relations with Saudi Arabia, and the country's involvement in the Syrian civil war become an obstacle to restore ties with the Syrian government.
Erdogan and his AKP government hope to restore the country's regional influence in the Middle East by reviving their "pan-Islamism" and "pan-Turkism" identities, and Ankara hopes to rebuild its influence in the region and be treated as equals to the U.S., Russia and other world powers, rather than being seen as just a regional power.
Given this, the country hopes to fill the vacuum left by Washington's withdrawal from northern Syria and become a major player in post-war Syria.
Thus, when Bolton and Trump backtracked on an immediate withdrawal from Syria, it added uncertainty to the realization of Ankara's regional ambitions.
Although the bilateral ties between Ankara and Washington witnessed major improvements in the past months, their differences over Syrian Kurds will continue to be a thorny issue that may further widen the disagreements between the two sides.
(If you want to contribute and have specific expertise, please contact us at opinions@cgtn.com.)