Opinion: A new milestone in China’s relations with the Arab world
Wang Li 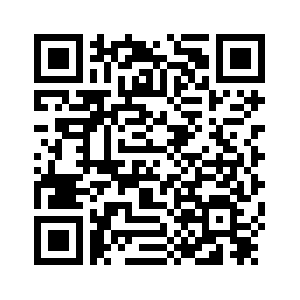 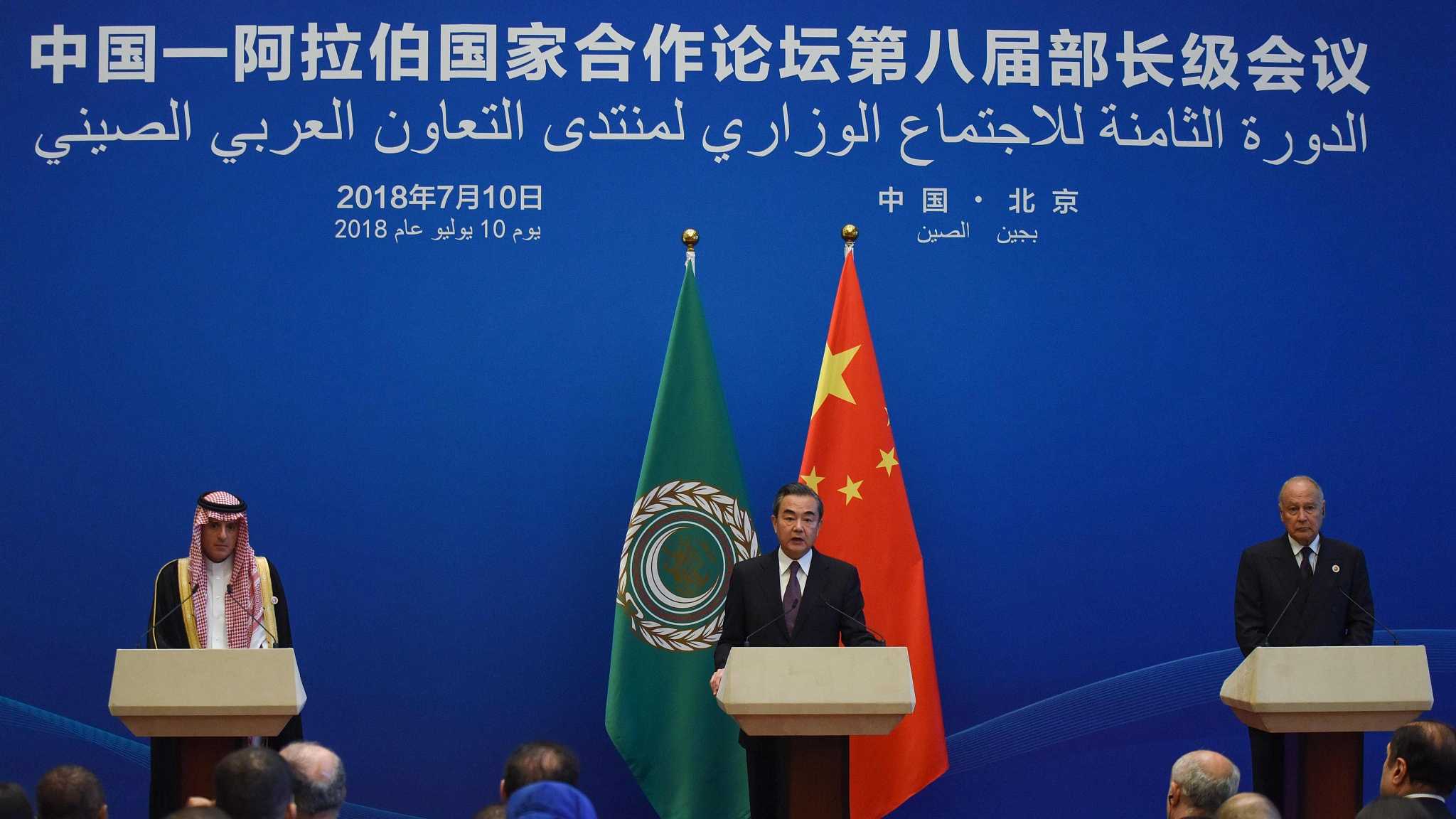 Editor's note: Wang Li is a professor at Jilin University. The article reflects the author’s opinion, and not necessarily the view of CGTN.
As China’s sustainable growth can’t be in isolation from the globalized world, it is necessary the country solidifies its comprehensive ties with the Arab world, which consists of the 22 countries of the Arab League.
Geographically, the region stretches from the Atlantic Ocean in the west to the Arabian Sea in the east, and from the Mediterranean Sea in the north to the Horn of Africa and the Indian Ocean in the southeast. Demographically, the Arab world has a combined population of around 422 million, over half of whom are under 25 years of age. The Arab world holds approximately 46 percent of the total proven oil reserves and one-fourth of natural gas reserves on earth. In brief, the Arab world is significant to China because the Belt and Road Initiative (BRI) is necessarily related to the community of the Arab states. 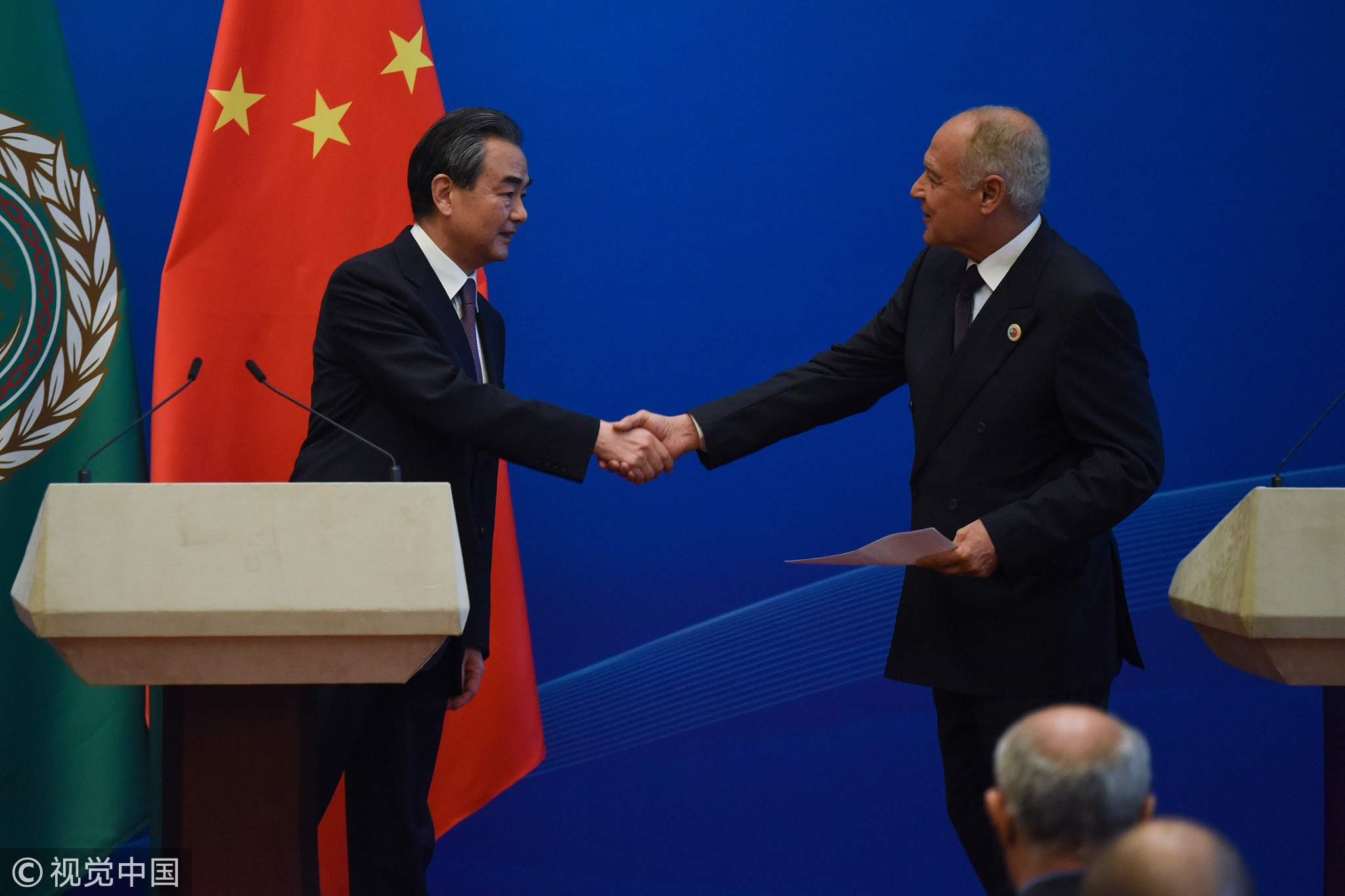 Arab League Secretary-General Ahmed About Gheit (R) shakes hands with Chinese Foreign Minister Wang Yi (L) after a press conference during the 8th Ministerial Meeting of China-Arab States Cooperation Forum at the Great Hall of the People in Beijing on July 10, 2018./VCG Photo

Arab League Secretary-General Ahmed About Gheit (R) shakes hands with Chinese Foreign Minister Wang Yi (L) after a press conference during the 8th Ministerial Meeting of China-Arab States Cooperation Forum at the Great Hall of the People in Beijing on July 10, 2018./VCG Photo

Chinese leaders are aware of this situation. The 8th Ministerial Meeting of the China-Arab States Cooperation Forum (CASCF) was held on July 10 in Beijing, to boost BRI, peace, and development, and advance the strategic partnership between the two sides in the new era.
Over the past four years, traditional cooperation in natural resources, infrastructure and trade has been greatly deepened. Multilateral ties with China have strengthened in line with the Asian country's rise as a global economic powerhouse. As a result, the cooperation has spanned a wide range of sectors, including manufacturing, technology, finance, culture, and long-term, reliable supplies of energy insured by mutual trust and win-win mechanism.
China and the Arab states have shared the view that economic development is a vital strategic interest that underpins mutual relations and regional security en bloc.
This consensus is exemplified by the strategic vision that President Xi Jinping laid out in 2013 to revitalize the economies along the Silk Road Economic Belt and 21st Century Maritime Silk Road. The shared commitment to further promote trade capacity and increase economic growth across the Arab world is demonstrated by the Asian Infrastructure Investment Bank (AIIB), which aims to accelerate funding for vital projects related to water, energy and infrastructure in Asia, and its first financed solar power projects with an aggregate capacity of 490 MW in Egypt. China would play a critical role in all such projects. 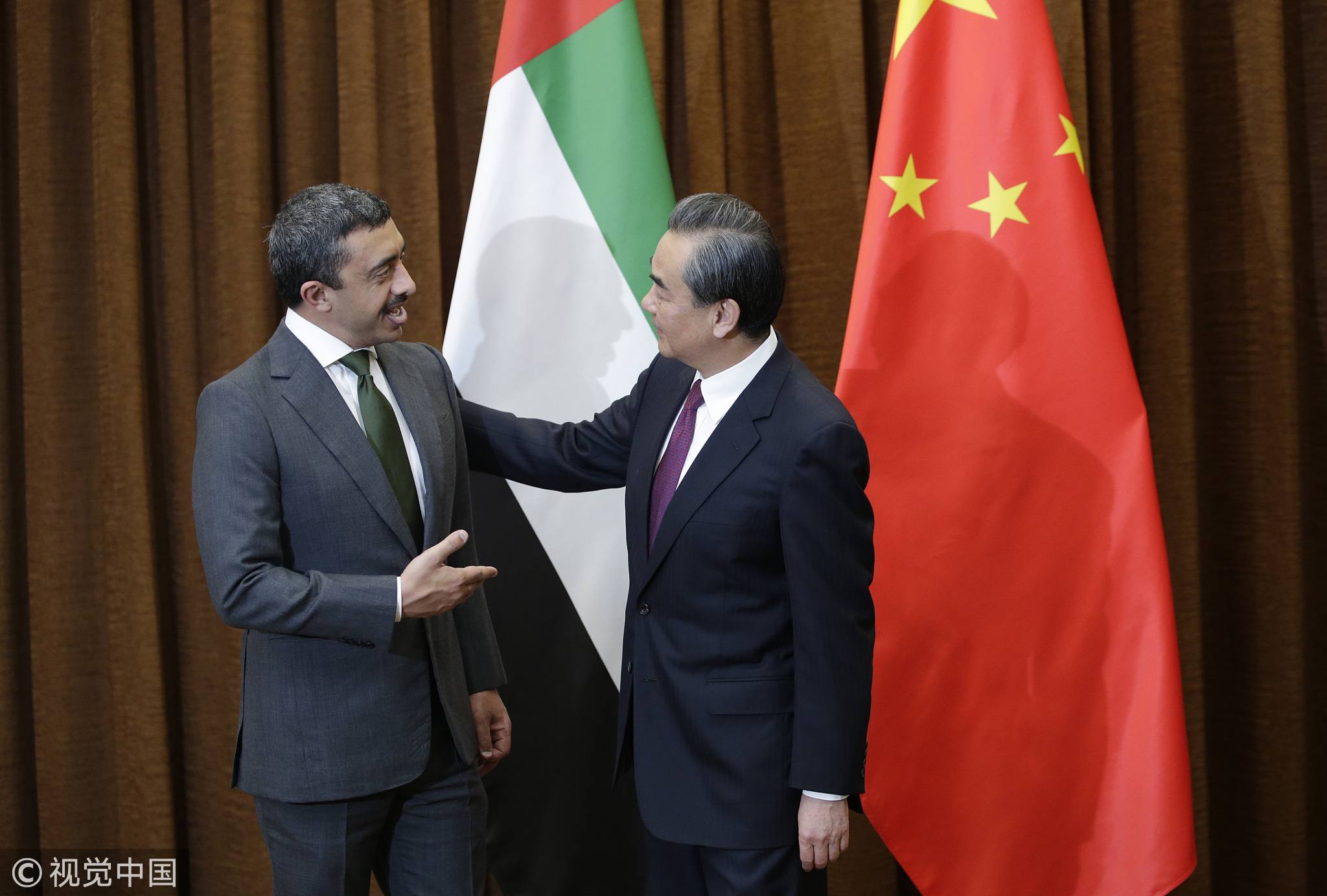 The Arab world is significant as one of the vital energy partners for China’s sustainable economic development. For example, in 2017 China imported 157 million tonnes of crude oil from Arab states which accounted for 37 percent of its total oil import. In return, China invested substantially in advanced renewable energy, since both sides agreed to facilitate the "1+2+3" cooperation patter: taking energy cooperation as the core, making infrastructure, trade and investment as the two wings, and promoting the new technologies in the fields of nuclear energy, space satellite and new energy as the three breakthroughs. As a result of the enhanced consultation and shared benefit, many BRI projects have been successfully completed over the past four years.
Like any ancient and different civilizations drawing from each other's wisdom and strength, China and the Arab world are no exception. Still, suspicions and misunderstandings are sometimes inevitable. Because of this, it is shortsighted to ignore the fact that the Arab world is easily uncertain with or suspicious of China’s involvement in the region and beyond. This includes Beijing’s proposed solutions to the chronic and modern problems, such as the Palestinian-Israeli conflict and Beijing’s stance on the Syrian war. Equally, it is unwise to overlook that modern Europe and the United States have forged much stronger ties with the ruling elites of the Arab states. Thereby, since China and the Arab states have agreed to establish a strategic partnership, it is imperative for Beijing to pursue gradual cooperation with Arab states in terms of their medium- and long-term strategic planning for development in multiple fields.
Today's China has risen to a great power with global impact. Yet, in order to enhance the mutual understanding with the Arab world, China certainly needs to make all efforts to expand and deepen cultural and people-to-people exchanges. It is evidently a long-term and constructive task.