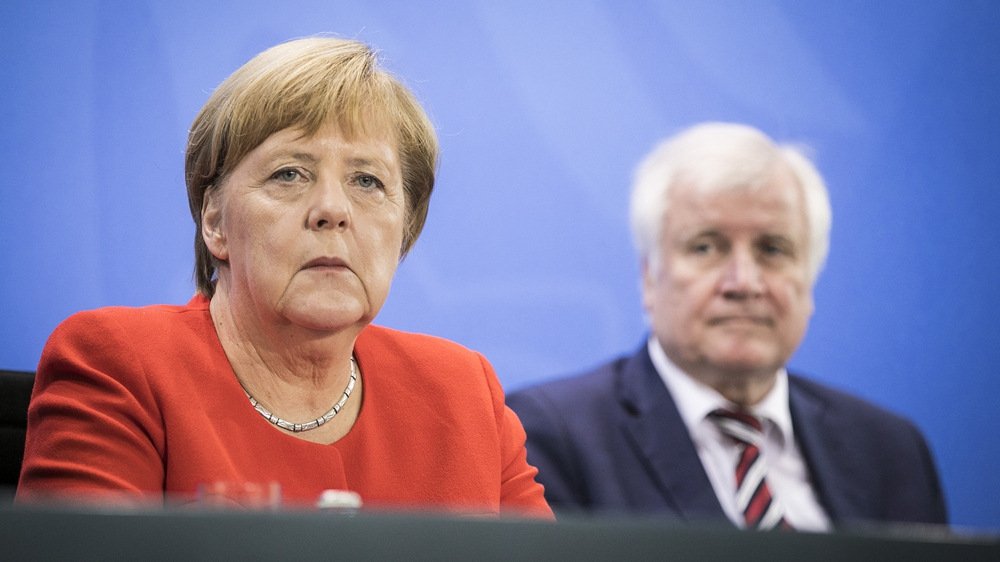 The fate of Chancellor Angela Merkel's unwieldy six-month-old government hangs in the balance this weekend as the three coalition parties seek again to resolve their dispute over Germany's scandal-tainted spymaster.
The coalition parties agreed on Tuesday to transfer spy chief Hans-Georg Maassen to the interior ministry following accusations that he harbored far-right views after he questioned the authenticity of video footage showing radicals hounding migrants in the eastern city of Chemnitz.
But the compromise deal, which would put Maassen in a better paid job, unraveled on Friday when Andrea Nahles – leader of the center-left Social Democrats (SPD), junior partner in Merkel's conservative-led coalition – said it was a mistake.
Merkel and her Bavarian ally Horst Seehofer agreed to review the deal and the chancellor said the three party leaders wanted to find a sustainable solution this weekend. A source from one of the parties said no meeting was planned for Saturday.
However, Seehofer, who is Germany's interior minister, told Bild am Sonntag (BamS) newspaper the party leaders would only meet once he knew what the SPD's demands were and how the conservatives could reach an agreement with the SPD.
He said Maassen was competent, had integrity and had not committed a disciplinary offense. He denied Maassen was right-wing, adding: "I will therefore not dismiss him." 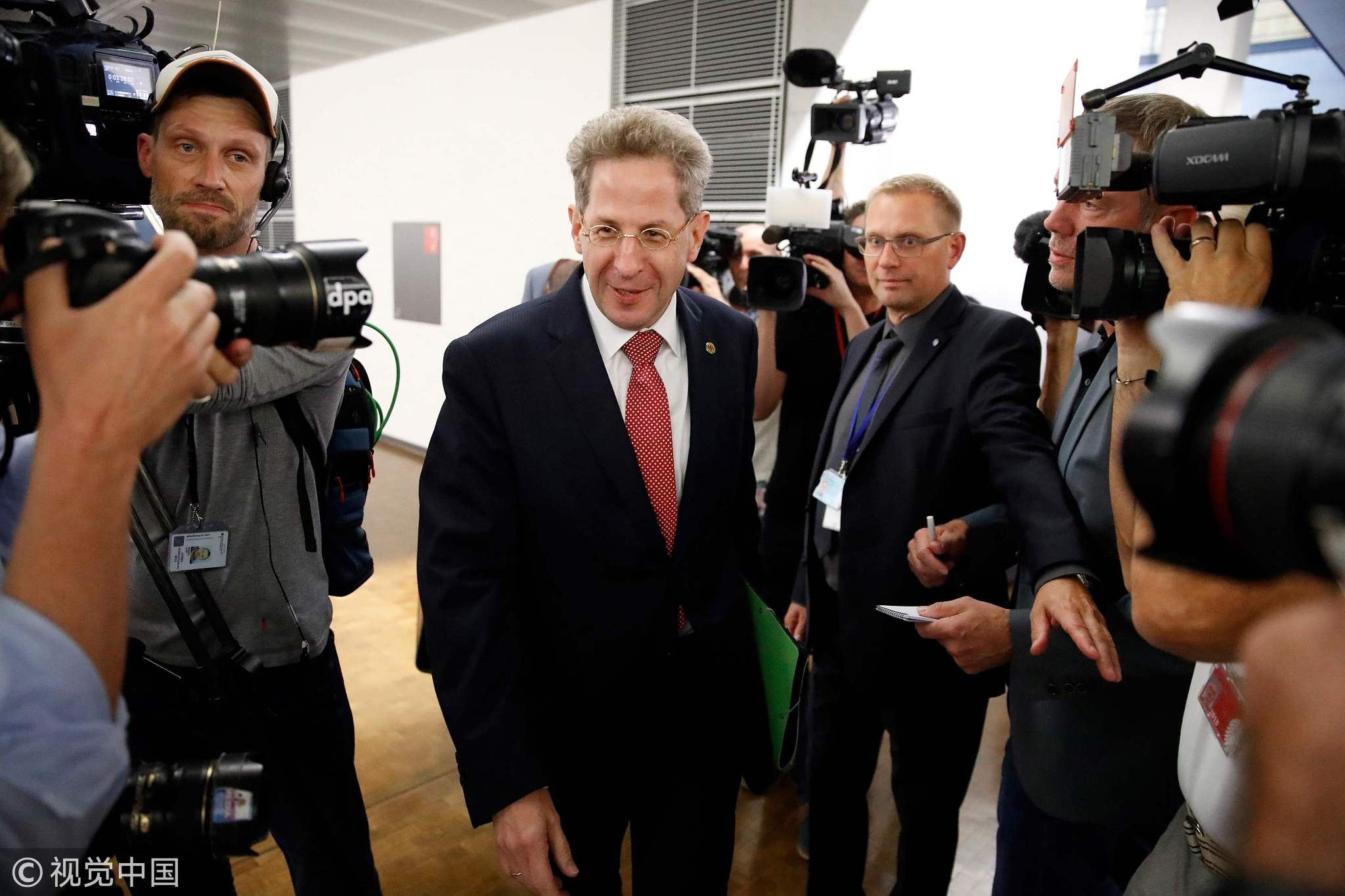 A spokesperson for Seehofer's Bavaria-based Christian Social Union (CSU) could not immediately be reached. A senior Bild journalist said Seehofer's comments had referred to the post Maassen was due to take at the interior ministry.
'Common mission'
Annegret Kramp-Karrenbauer, general secretary of Merkel's Christian Democrats (CDU), wrote to party members to say the CDU thought the planned talks should be used "to clarify whether all coalition partners can continue to unite together behind the common mission."
She said there must no longer be any doubt about whether the governing parties were able and willing to tackle the issues that mattered to people. 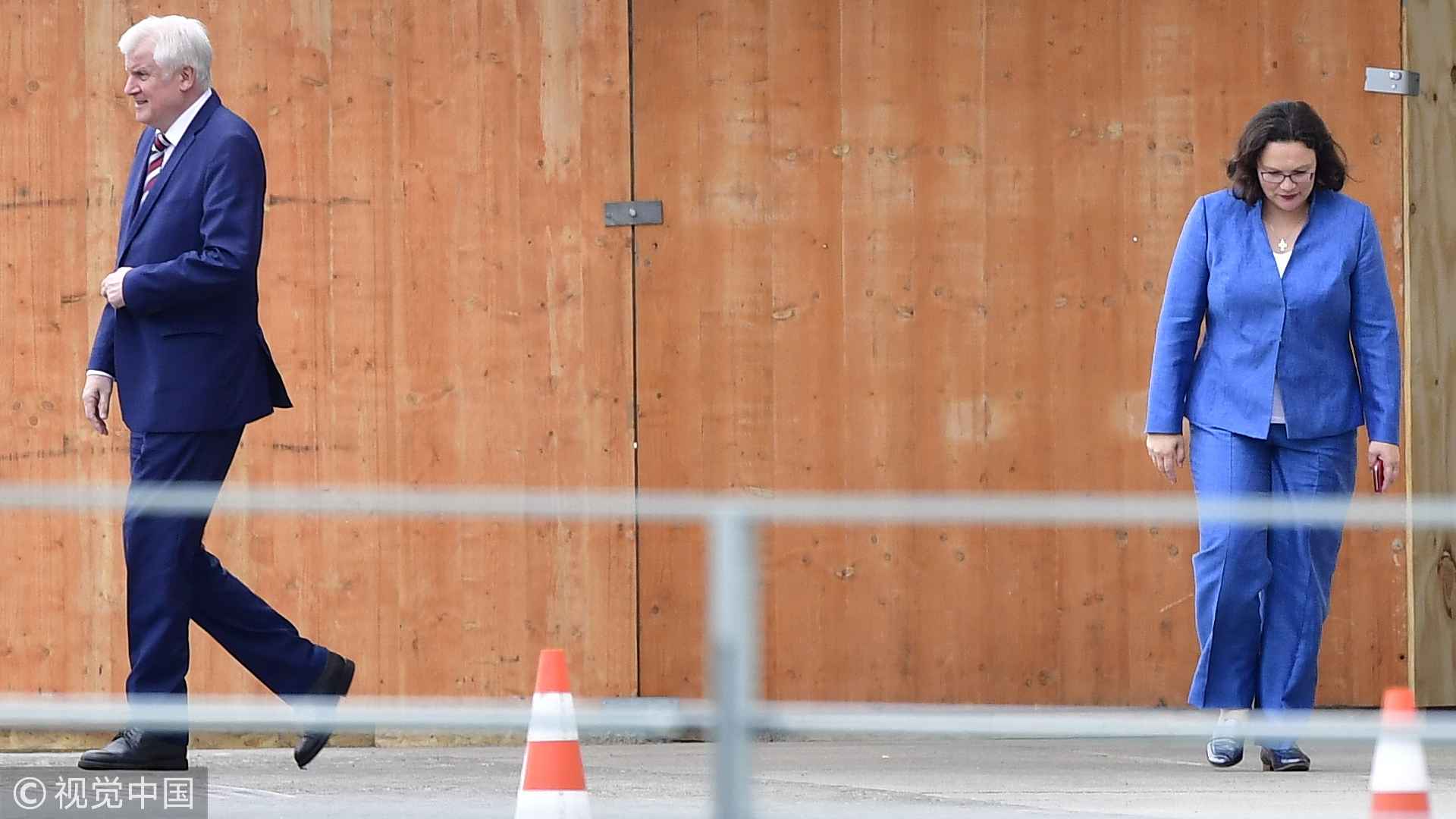 Former SPD leader Sigmar Gabriel told magazine Der Spiegel: "If the grand coalition doesn't manage to do what the people expect of it – namely stability and an ability to act – it has lost its raison d'etre."
But Nahles told BamS the government would not fail due to the Maassen affair. She rejected calls from within the SPD to quit the "grand coalition," saying Germany needed a government that was capable of acting.
The SPD's Olaf Scholz, who is Germany's vice chancellor, told the daily Tagesspiegel that the government was elected for the entire legislative period – which runs to 2021 – but added that these would not be easy years for the coalition.
Nahles had been widely criticized by SPD members for agreeing to the deal, with some calling for the party to quit the coalition. Some members praised her on Saturday for admitting the mistake and seeking to correct it.
Combined support for Merkel's CDU and Seehofer's Christian Social Union (CSU) slumped to a record low of 28 percent, an Emnid poll for BamS showed on Saturday, while the far-right Alternative for Germany, which has backed Maassen, was at 16 percent, just behind the SPD on 17 percent.
That survey showed 54 percent of Germans wanted the "grand coalition" to continue governing until the next election in 2021. It found around one in two thought the government was still capable of acting but just over half of Germans thought Merkel had lost control of her coalition.
The "grand coalition" only took office in March, almost six months after an election, due to a lack of other viable governing options. It got off to a bumpy start, with Merkel only managing two months ago to end a painful row with the CSU over immigration.
(Cover: German Chancellor Angela Merkel (L) and Interior Minister Horst Seehofer at a press conference in Berlin, September 21, 2018 /VCG Photo)
Source(s): Reuters