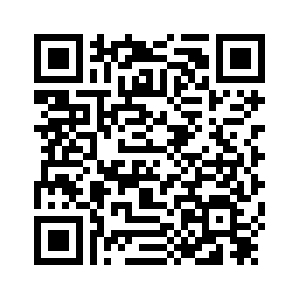 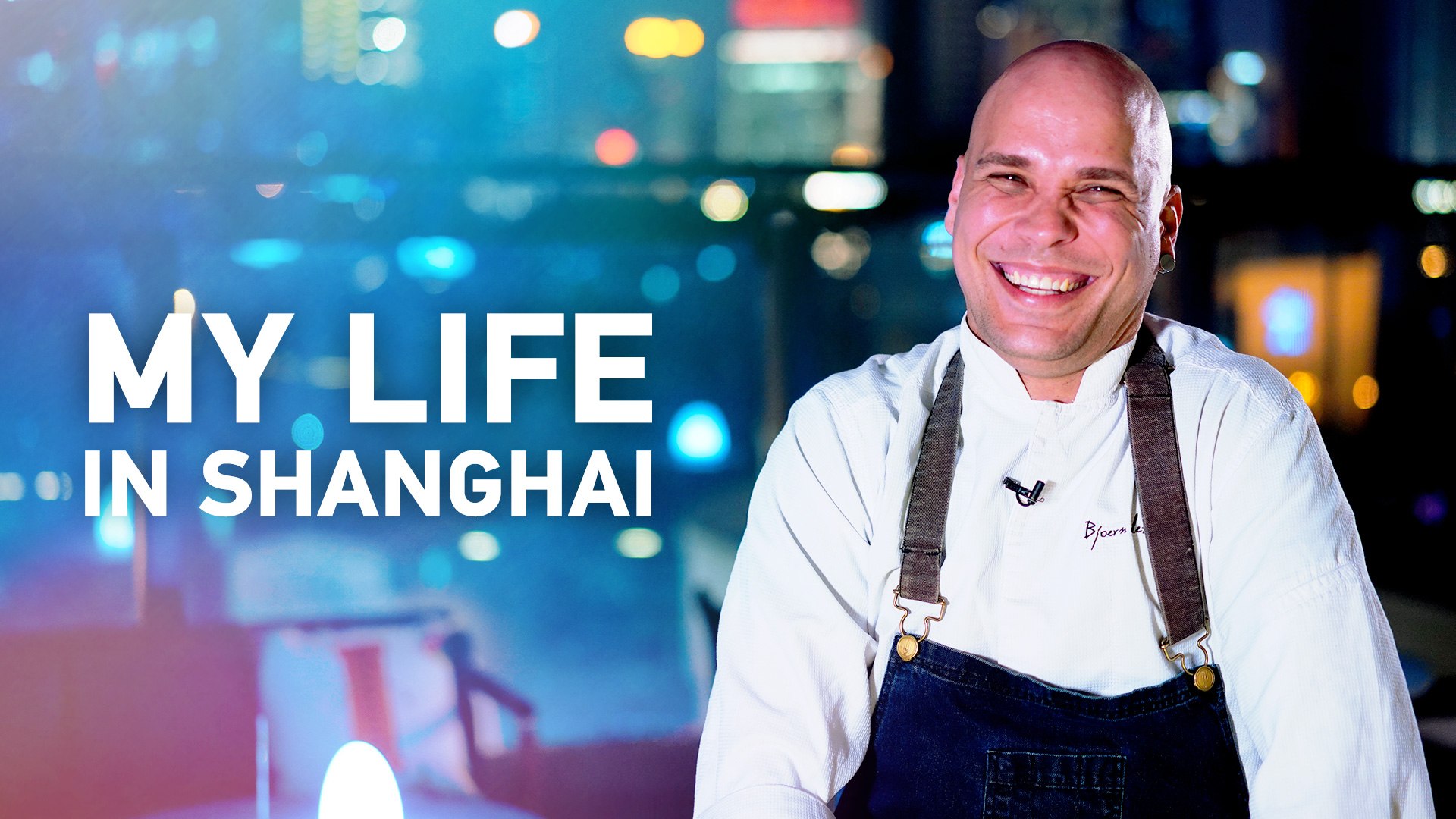 Bjoern Alexander always wanted to be an artist. His parents' opposition, for years, left a bitter aftertaste in his mouth, until he discovered his true calling in life – cooking. Now, 22 years after putting the apron on, the German native is trying to reconcile his appetite for arts with his passion for the kitchen in Shanghai.
“My life is all about cooking, but I didn't choose to be a chef in the first place,” says Alexander, who's an executive chef with an affinity for Japanese gastronomy.
“I wanted to study art and history,” he confesses. His parents, however, were not as keen about the concept of starving artist.
But a new door of opportunity opened for him after he saw a chef in action, which led him into a flavorful career in kitchens around the world, from a French bistro in sunny California to traditional tempura joints in Tokyo.
His travels and different stints honed his slicing and dicing skills, but also influenced his approach to making food – resurrecting his dream of being an artist. 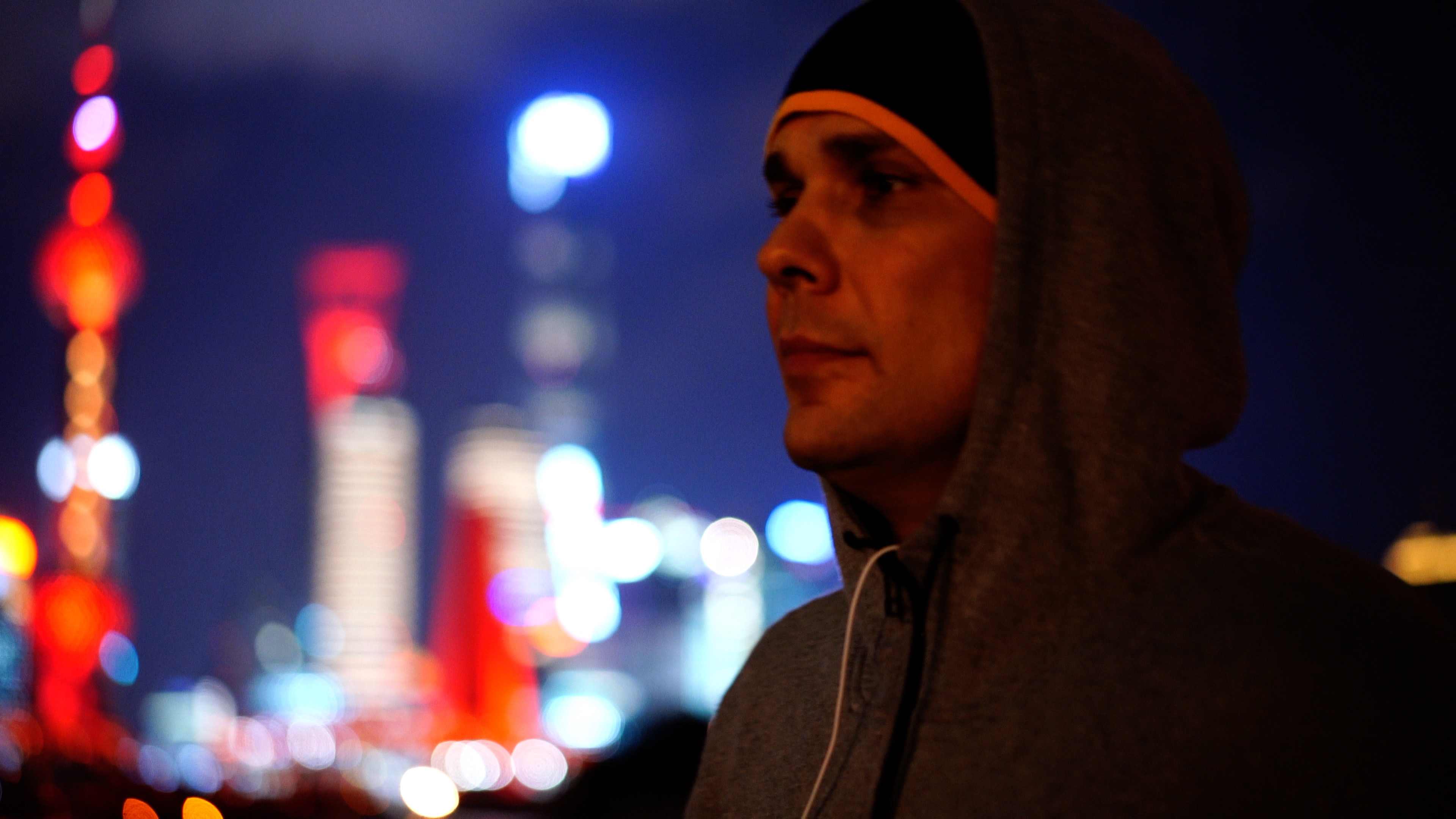 Bjoern Alexander runs along the Bund in Shanghai. /CGTN Photo

Bjoern Alexander runs along the Bund in Shanghai. /CGTN Photo

Chef Bjoern's first encounter with Shanghai was 12 years ago when he visited the city for caviar training. He describes the first encounter as an inspiring experience that he would never forget.
In 2017, he returned to the metropolis – this time around out of sheer luck.
At the time, he was working in Hong Kong, but a social gathering at a friend's house, where he was cooking Japanese food, ended with a job offer he couldn't decline.
A Shanghainese lady approached him and told him how much she liked his food, and that she'd love it if he joined her new restaurant.
He thought the lady was joking. “How can a German chef cook Japanese food in Shanghai?” He quipped.
After more meet-ups, she showed him her plans and shared details of the venue. He was sold on the concept. 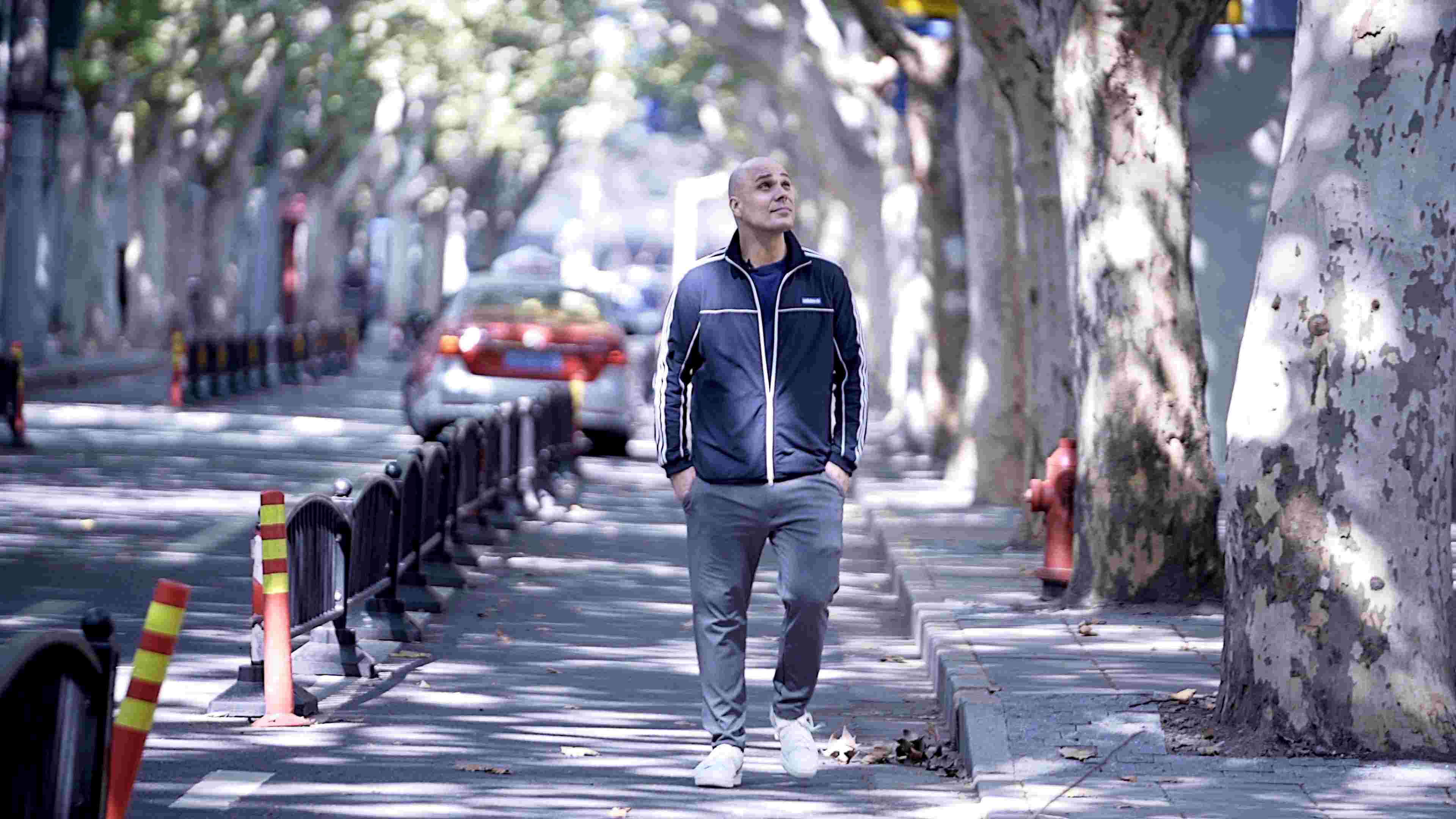 Chef Bjoern says Shanghai is reminiscent of Berlin, his hometown, as both cities mix the modern with the traditional.
He sees Shanghai as a melting pot of Chinese culture with Western influences.
“Art galleries from outside the country come to Shanghai to showcase their work, and local Chinese culture is presenting itself to the West. So more foreigners are coming to Shanghai to see what's really happening here.”

“Food is also a picture,” Bjoern declared, standing amid photographs on Shikumen, a traditional Shanghainese architectural style combining Western and Chinese elements that first appeared in the 1860s, in the middle of an art gallery in Changning District.
The chef never truly washed away the idea of being an artist. 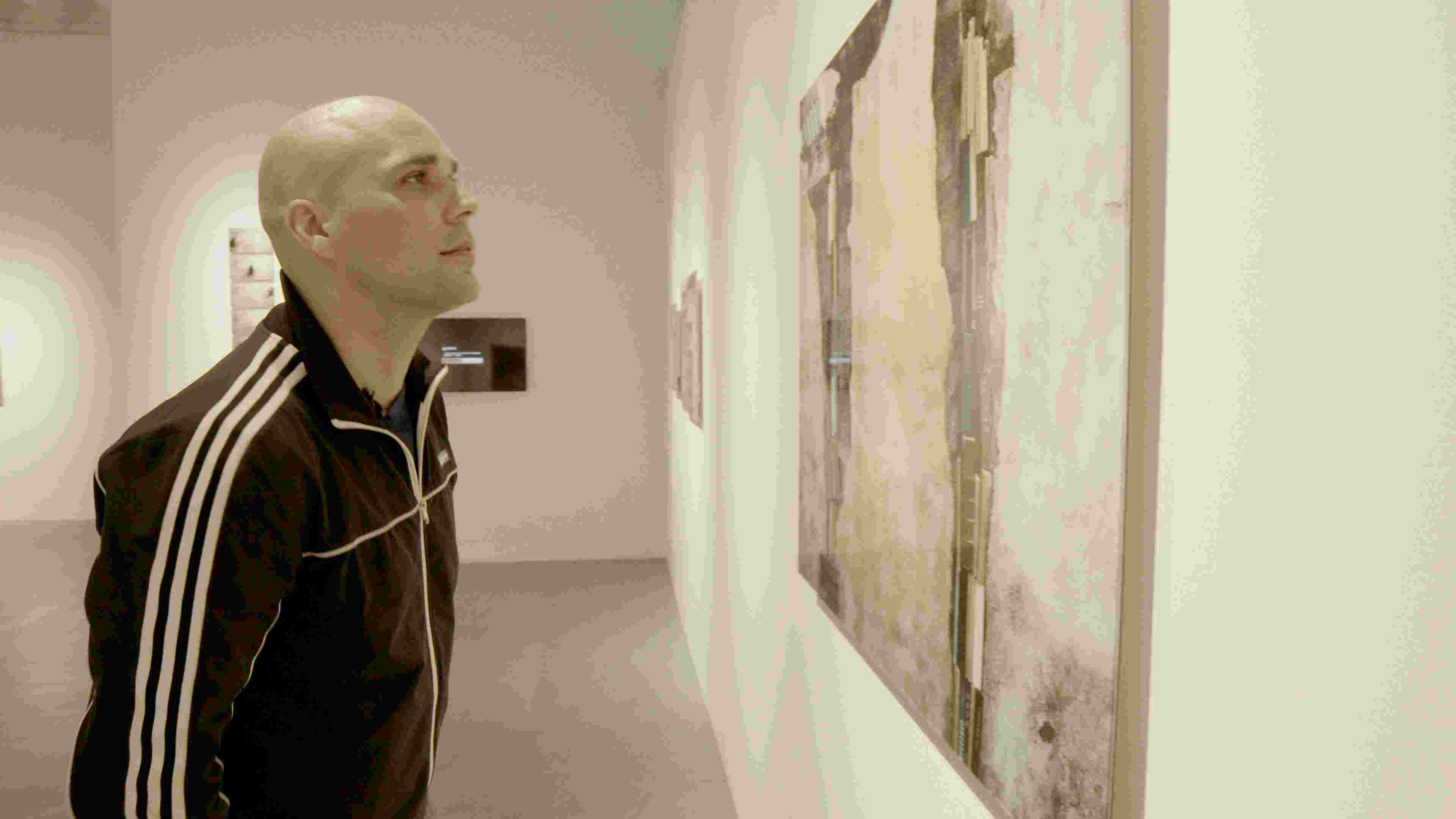 Bjoern Alexander looks at a picture at an art gallery in Shanghai. /CGTN Photo

Bjoern Alexander looks at a picture at an art gallery in Shanghai. /CGTN Photo

“It reminds me of every time I get back to Berlin. We have the same old walls. The cities speak for themselves.”
But for him, it's not just about the memory of the places that have disappeared. It's how artistic visions inspire his culinary creativity.
“When I see this picture, I'm already reflecting it on a plate,” he admits.
That's what makes his restaurant interesting – the artistic dimension of chef Bjoern's dishes.
The photographic work he sampled at the gallery was reinterpreted on a plate. He recreated the same visuals with exquisite colors and textures from unusual ingredients.
He calls his concept “global cuisine," which takes inspiration from German cuisine, his long-time favorite Japanese techniques, and Chinese arts and ingredients. 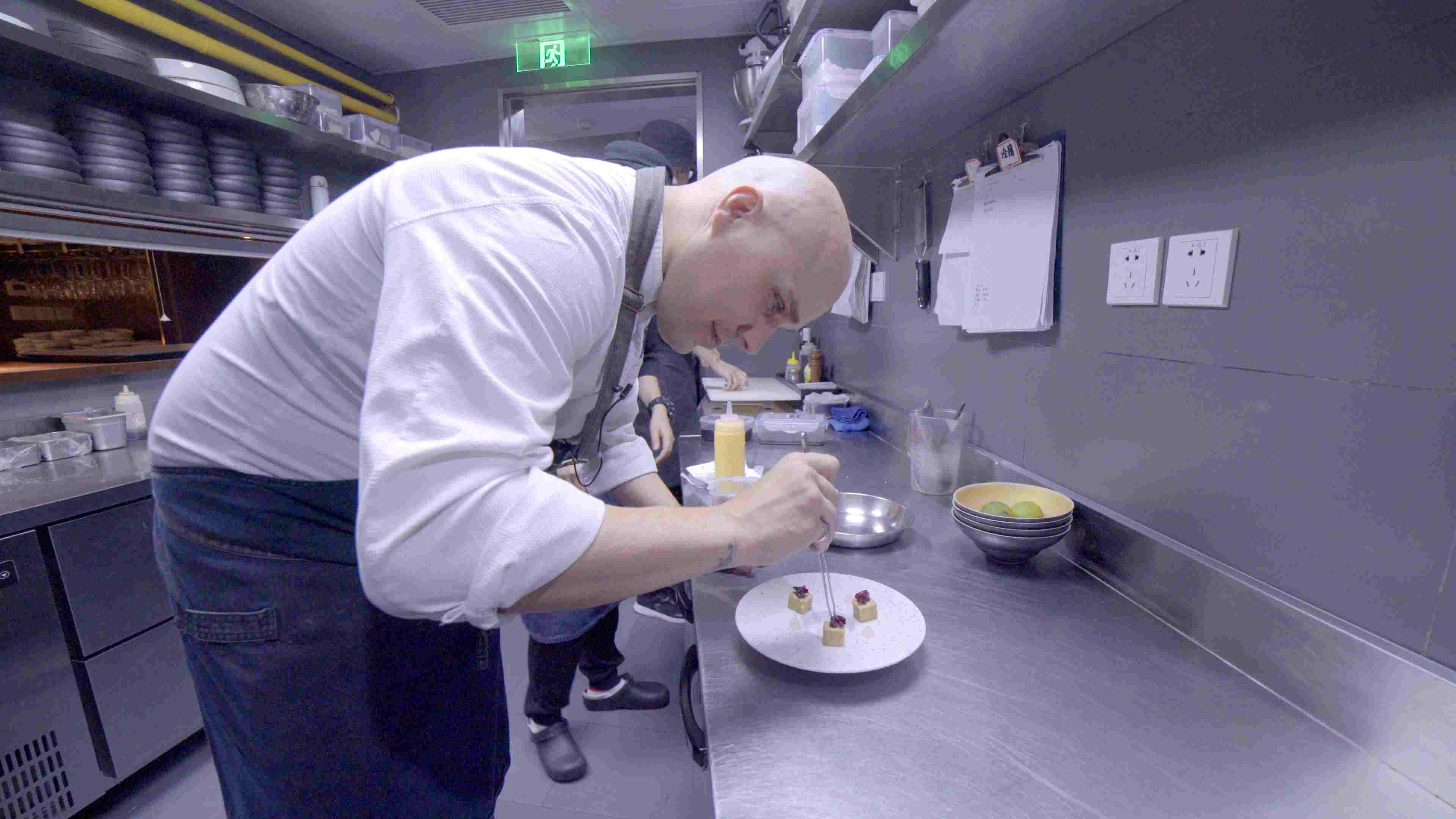 Bjoern Alexander whips up a dish in the kitchen of his restaurant in Shanghai. /CGTN Photo

Bjoern Alexander whips up a dish in the kitchen of his restaurant in Shanghai. /CGTN Photo

Chef Bjoern wants to grow more in Shanghai, as the city keeps feeding his genius.
“I had a Michelin star in the past when I was in Germany, so I dreamed, and it is still my dream to get it back in Asia,” he reveals.
“Shanghai inspired me in a lot of things. It's the beautiful parks, it's the art convention, it's the local small restaurants, it's the top luxury restaurants, it's the ingredients in the market, it's the staff whom I work with every day.”
Director: Yang Xinmeng
Reporter: Yang Xinmeng, Li Ningning
Editor: Yang Xinmeng, Anosi Wang
Filmed by: Anosi Wang, Geng Zhibin
Article Written by: Yang Xinmeng
Copy Editor: Nadim Diab
Producer: Wen Yaru
Chief Editor: Lin Dongwei
Supervisor: Mei Yan