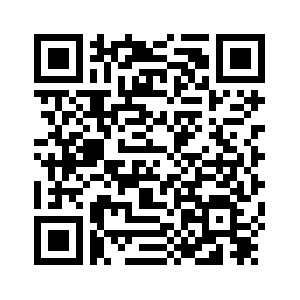 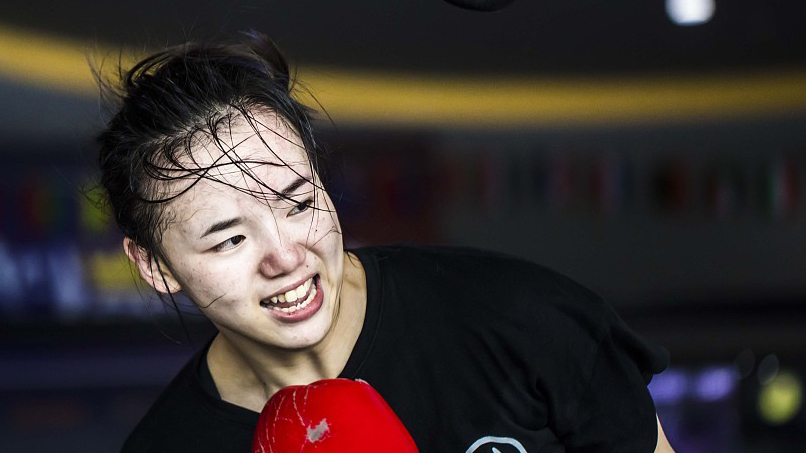 Chinese mixed martial arts (MMA) fighter Lin Heqin claimed victory in her ONE Championship atomweight division debut with a spectacular triangle choke finish in the first round against tough Filipino rival Jomary Torres at the Thuwunna Indoor Stadium in Yangon, Myanmar, on Friday evening.
The 25-year-old Sanda-type fighter soared to popularity when she became the first Chinese fighter to win the World Mixed Martial Arts Championships on October 7, 2017. Because of her youthful looks and family name Lin, the fans amiably called her “Fighting Younger Sister Lin”, a reference to Lin Daiyu, the protagonist of Dream of the Red Chamber - one of China's Four Great Classical Novels - a beautiful lady who is considered to be the avatar of gentleness in Chinese proverbs. But now she's on the world stage, her literary nickname has been simplified down to “MMA Sister”. 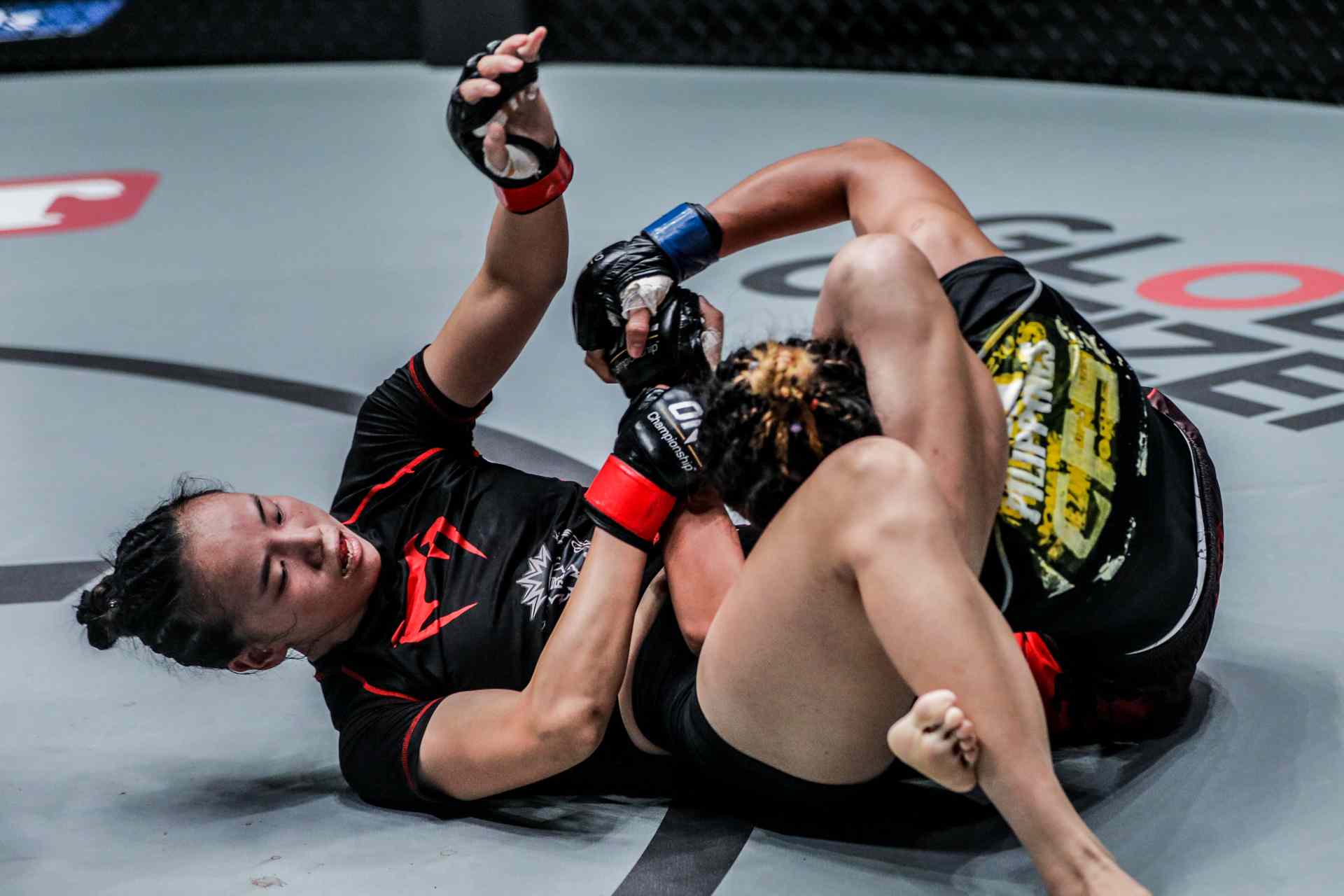 After her fight, Lin had an exclusive interview with CGTN.
CGTN: How do you feel about your performance in this fight? What would you rank yourself out of 100?
Lin: I think I performed pretty well in this match, and I give myself 90, leaving 10 points for improvements.
CGTN: What was the most difficult part in the fight for you? How did you overcome it?
Lin: The most difficult part is my physical problems. I fought with an old injury, but I still bit the bullet. 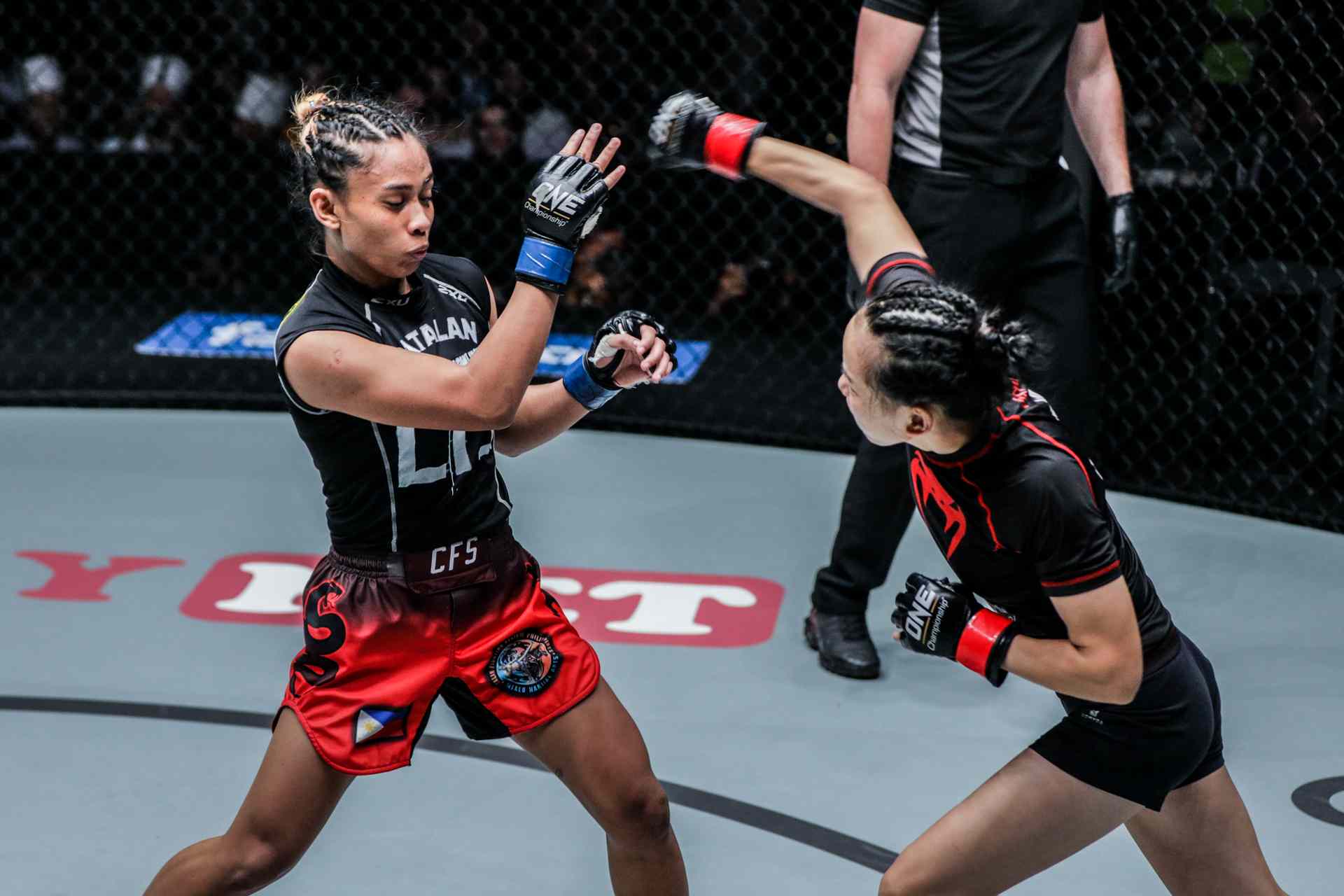 CGTN: Which part of your skill set did you focus on coming into the bout? How did you do it, and did it work?
Lin: When I knew who my rival was going to be, I decided to go to Thailand and train in the AKA and Ali clubs to enhance my ground skills. Because of my preparations, I even didn't go home to gather with my family for Chinese New Year. And in the fight, it worked well.
CGTN: What is your goal in ONE Championship? Which fighter you want to fight the most? Do you want to challenge the belt?
Lin: I just want to do my best in every fight in ONE Championship. If it is possible, I'd like to fight with Angela Lee. And for the belt… an athlete who doesn't want to be the champion is not an excellent athlete. 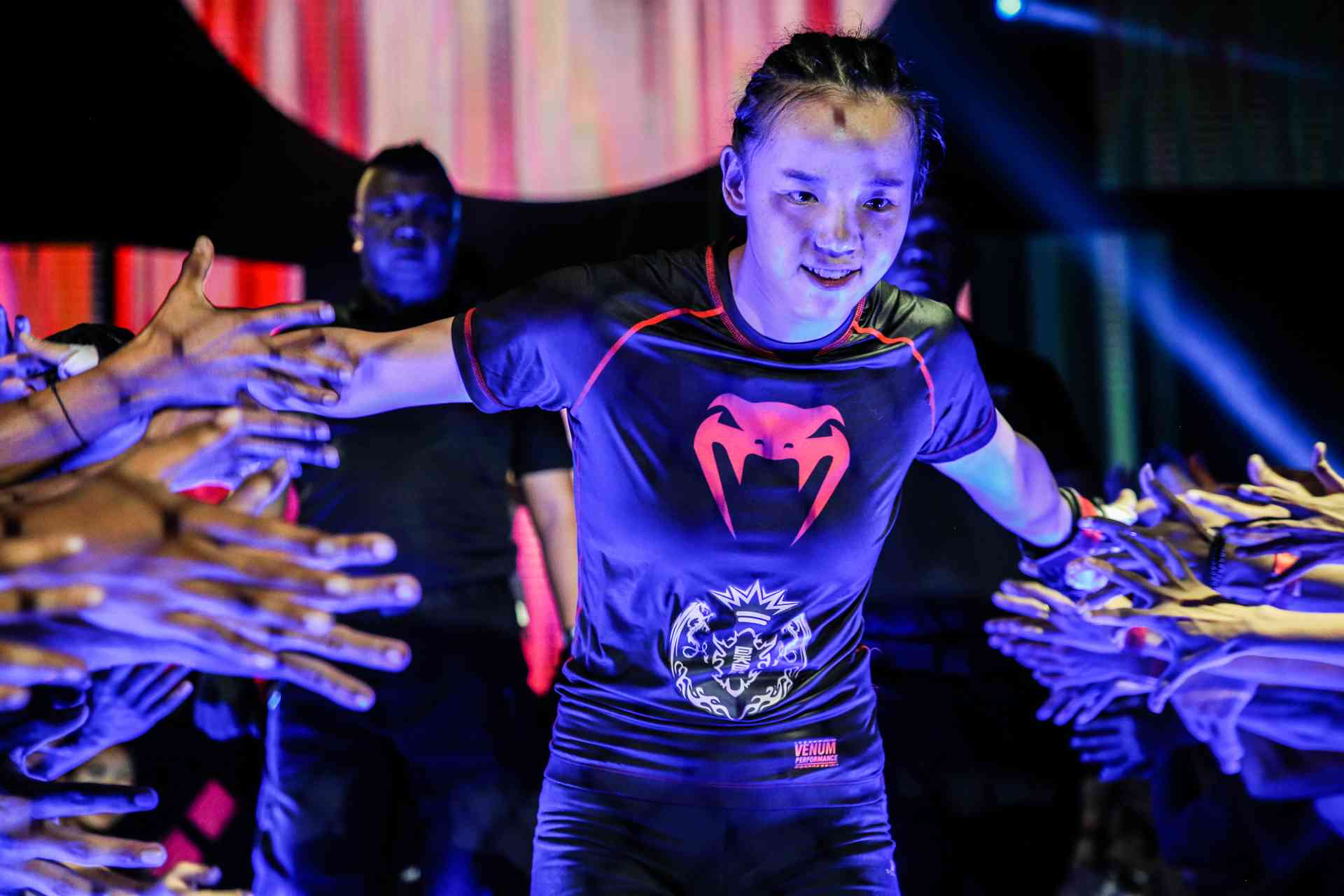 Lin Heqin comes on stage before the fight against Jomary Torres. /Courtesy of ONE Championship

Lin Heqin comes on stage before the fight against Jomary Torres. /Courtesy of ONE Championship

CGTN: Where does your fighting spirit come from? Is there any special reason for why you became an MMA fighter?
Lin: My spirit comes from my country, my family, my friends and my supporters. I really love this sport, so, I live like this (a fighter) without feeling tired and scared
CGTN: What do you think about Yangon, Myanmar? Do you like it there? Has anything interesting happened during your stay?
Lin: Yangon is a good place, but I didn't try local food. I always had Chinese food here, as my team thought I probably wouldn't get used to Myanmar food. I stayed at the hotel, training for all the time before the fight, so, nothing interesting happened here. 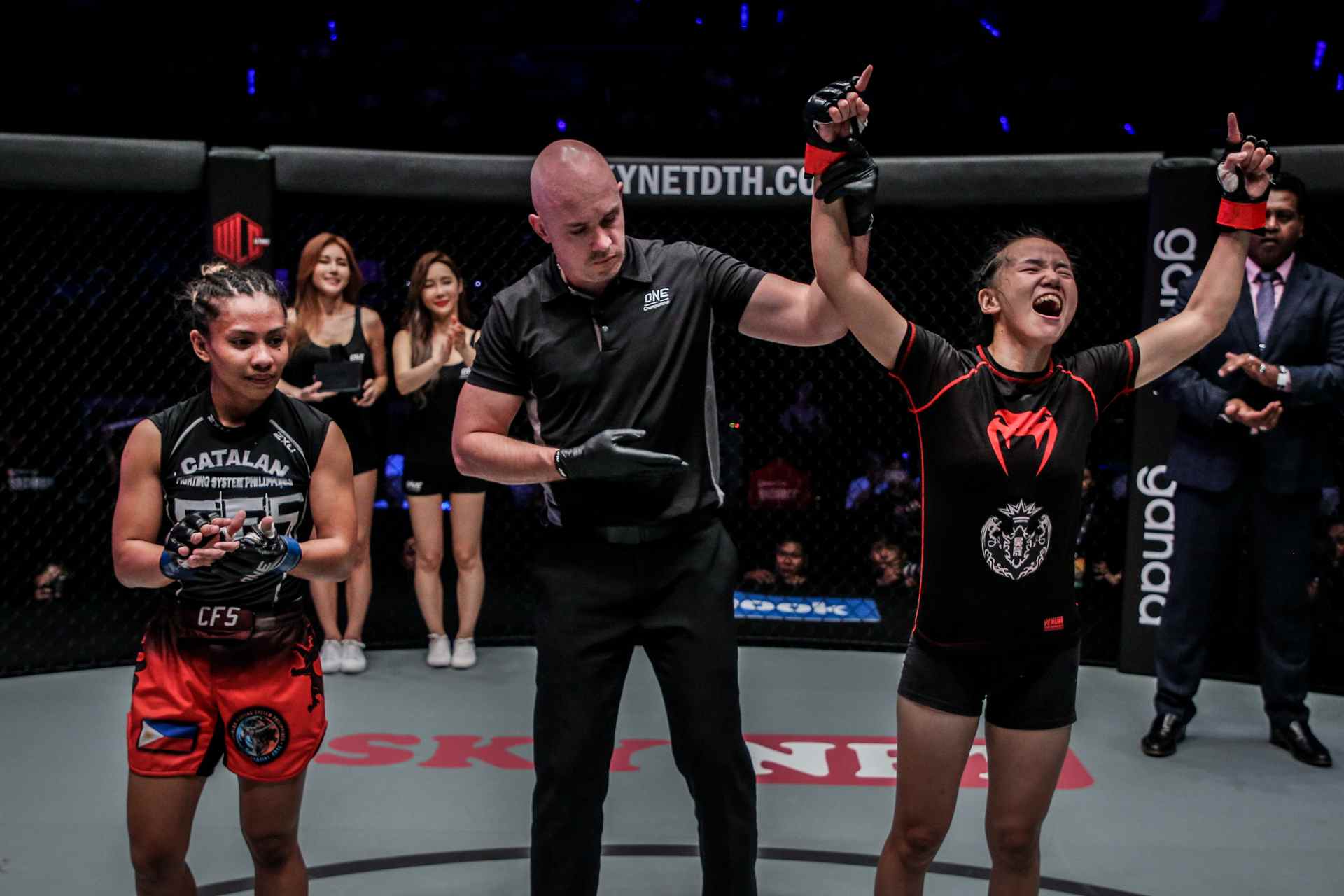 The judge announces Lin Heqin as the winner. /Courtesy of ONE Championship

The judge announces Lin Heqin as the winner. /Courtesy of ONE Championship

CGTN: Is there anything that you'd like to share with your supporters?
Lin: Of course! It is that I have you, a group of lovely supporters. I love you!
CGTN: Can you give some words to the people who love you?
Lin: Thanks for your support, encouragement, company and care. They are the reasons for me to fight today. I have to emphasize the effort that my team, Haosheng Club, has made for me. This team's strength is true strength. I will do better in the future. I hope more people to follow female Chinese MMA fighters.