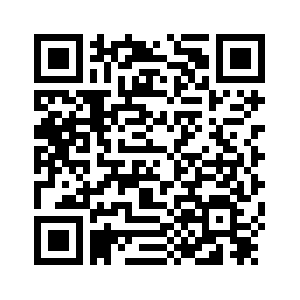 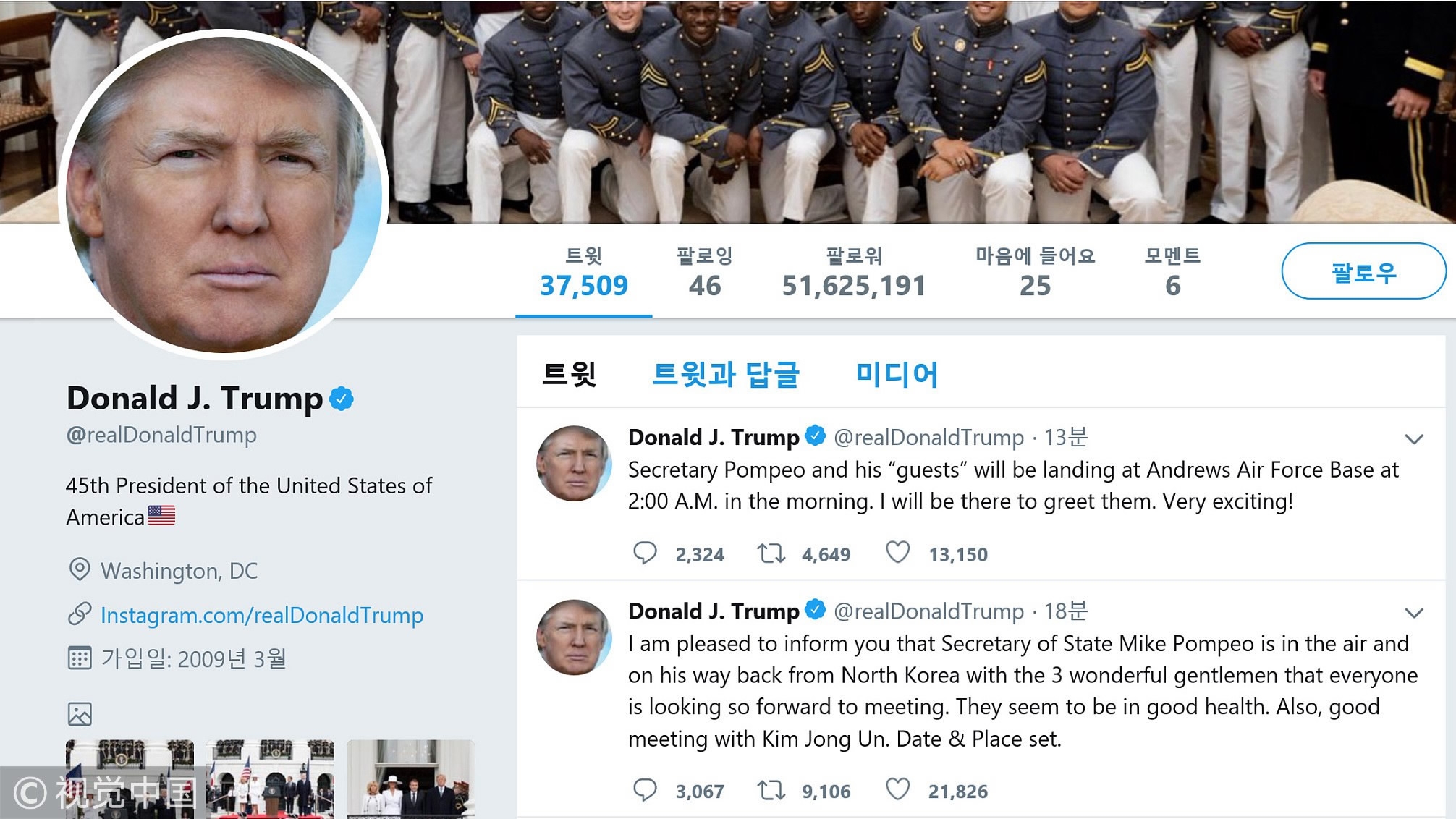 US President Donald Trump's style of governance defies traditional thinking. When it comes to communicating with the American people and the people of the world, his disdain of the traditional media is deep to the bone. He calls it the “fake news.” He calls it the enemy of the American people. He kicks some mainstream journalists out of the White House briefing room. He has ditched the annual White House Correspondents’ Dinner twice already, having been ridiculed once by Obama and comedian Seth Meyers at Obama’s last such event.
He didn’t even trust much of his own press secretary. The last poor guy holding that position, Sean Spicer, often had to come out to make sense of what Trump said one day, only to see being contradicted and sometimes ridiculed the very next day. Sarah Huckabee Sanders’ job isn’t any easier, as comedian Michelle Wolf once jokingly said that she “burns facts and then uses that ash to create a perfect smoky eye.”
The guy has such a big ego that he stands above everyone else working around him. He doesn’t need any spokesperson to rehash his words. Trump acts as his own spokesperson. And the tool he uses is no other than Twitter. 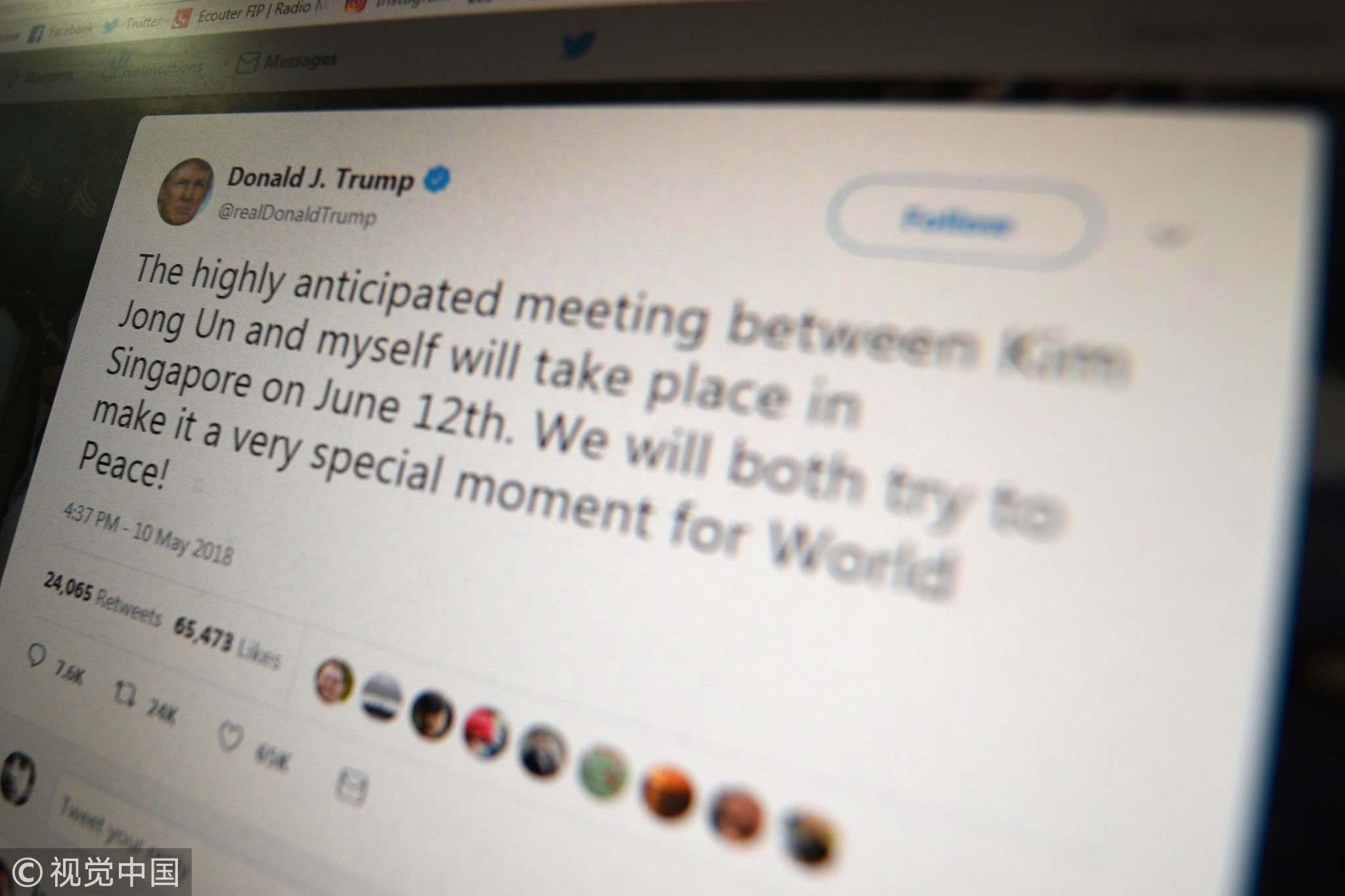 This screen grab shows a tweet by US President Donald Trump as he announced on May 10, 2018 his historic summit with DPRK leader Kim Jong Un will take place in Singapore on June 12. /VCG Photo

This screen grab shows a tweet by US President Donald Trump as he announced on May 10, 2018 his historic summit with DPRK leader Kim Jong Un will take place in Singapore on June 12. /VCG Photo

Trump’s Twitter account has a following numbered in the millions. Other than venting anger at whatever makes him angry, which he has a hundred of them every day, I can think of three other reasons why he tweets.
First, Trump is a showman. He used to run his own show called the Apprentice. That is where he gets to know Stormy Daniels, Karen McDougal and god knows how many other beautiful ladies out there. As a showman, of course he wants to be the first person to get the news out.
He usually tweets about something that is about to come. The latest tweet from him regarding pulling out of the Iran nuclear deal is a case in point. He tweeted that he will announce the decision the next day. Next day he did. He did the same thing with respect to pulling out of the Paris Climate Accord. The same pattern emerged again with respect to the upcoming meeting with the DPRK’s Kim Jong Un. While the pundits on cable news were driveling over when, where and if he will meet Kim, he came out with a tweet that he will give answers to these questions in due time. Then the decision came yesterday, which is going to be in Singapore on June 12, defying everyone’s guess. 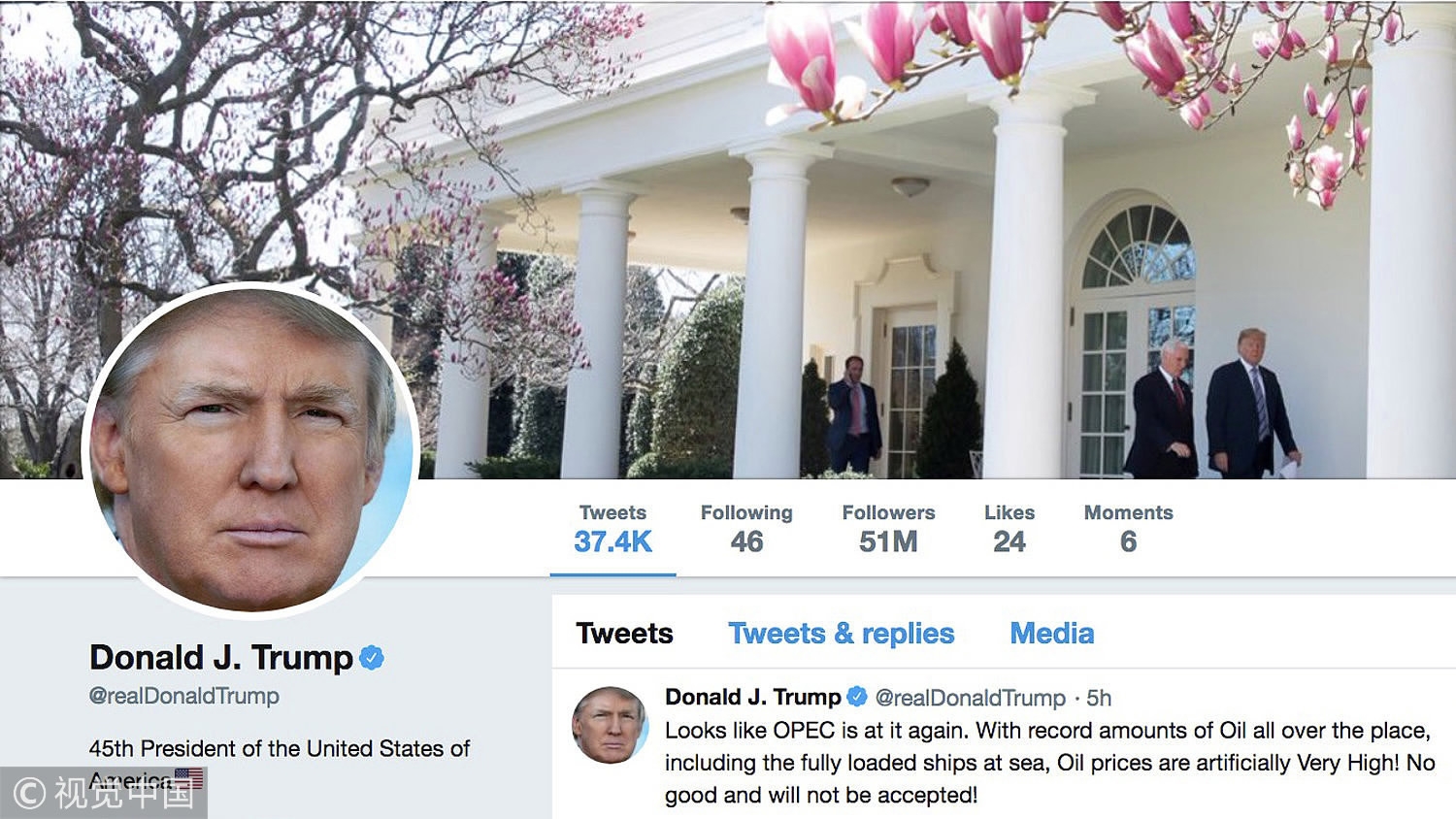 The guy derives satisfaction from things like this.
The other reason he tweets is often related to prodding his cabinet members or sometimes outright humiliating them. He also derives satisfaction from it. That might also be a sign of imminent firing.
He did this with his Secretary of State Rex Tillerson, Attorney General Jeff Sessions, Deputy Attorney General Rod Rosenstein, and Chief of Staff John Kelly. The latter three guys are still hanging on, but I think their days are numbered.
The final purpose for Trump to tweet is of course to lie. He has been caught red-handed numerous times already that I won’t hesitate for a second to call him a habitual liar. There are so many lies this guy has peddled on Twitter that Twitter keeps a web page just to document all of them. 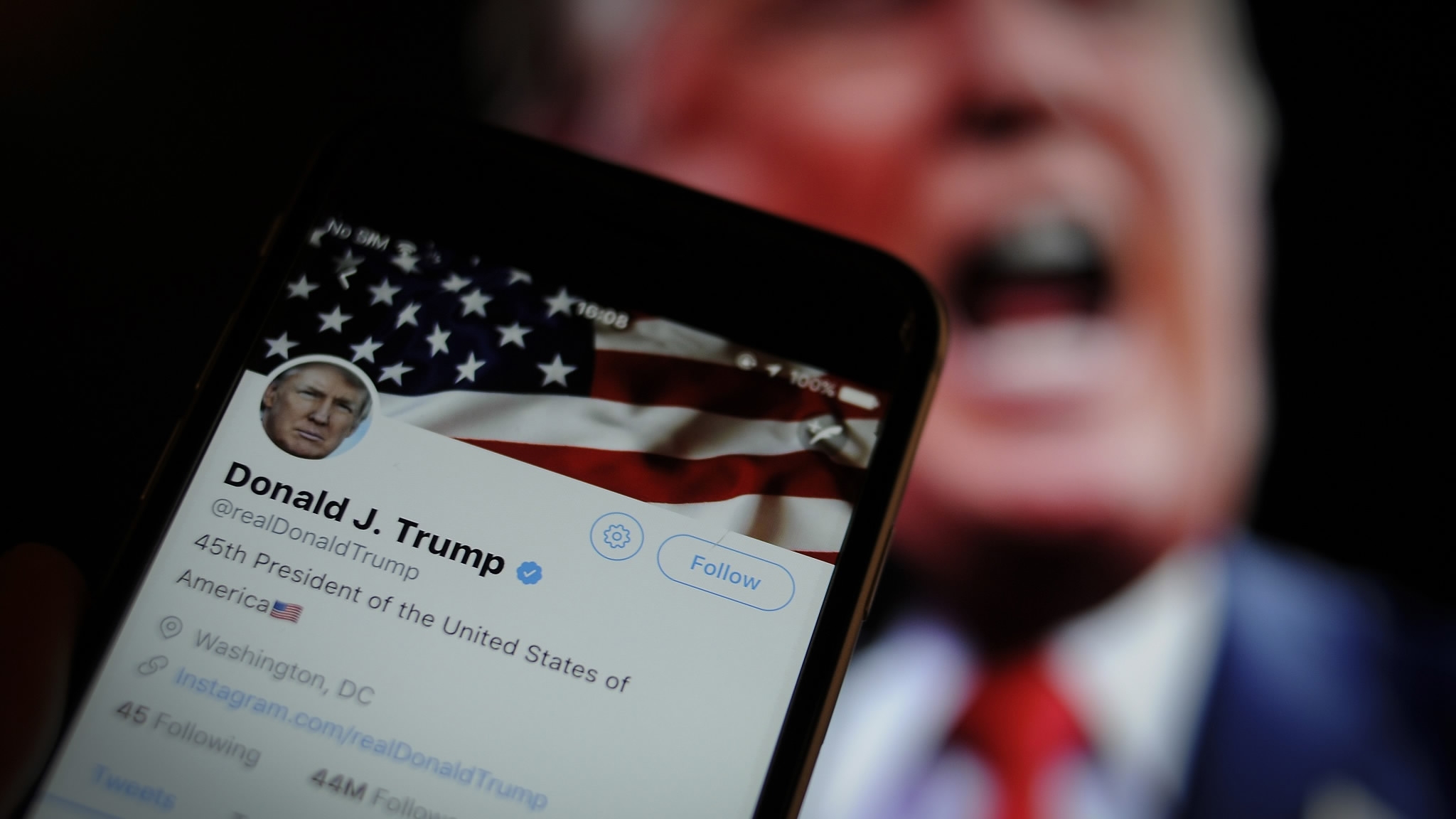 The Twitter app is seen with an image of US President Donald Trump in the background in this photo illustration on December 4, 2017. /VCG Photo

The Twitter app is seen with an image of US President Donald Trump in the background in this photo illustration on December 4, 2017. /VCG Photo

I am going to contribute one more that unfortunately the “fake news” hasn’t caught him. Or maybe the New York Times and the Washington Post hold a high bar in substantiating evidence before they label someone as lying. But to me, it is pretty obvious that Trump’s following tweet, which he wrote last month, is a big lie:
“While Japan and South Korea would like us to go back into TPP, I don't like the deal for the United States. Too many contingencies and no way to get out, if it doesn't work. Bilateral deals are far more efficient, profitable and better for our workers. Look how bad WTO is to US.”
Well, the problem is that South Korea has never been, nor currently is a member of the original TPP block of countries or the current CPTPP (Comprehensive and Progress TPP) signatories, which consist of the remaining TPP members after the US exit. Come on, do you really think South Korea would ever invite the US to join something that it is never part of? So obviously a lie!
(Dr. John Gong is a research fellow at Charhar Institute and professor at the University of International Business and Economics. The article reflects the authors' opinions, and not necessarily the views of CGTN.)