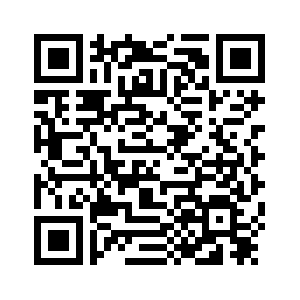 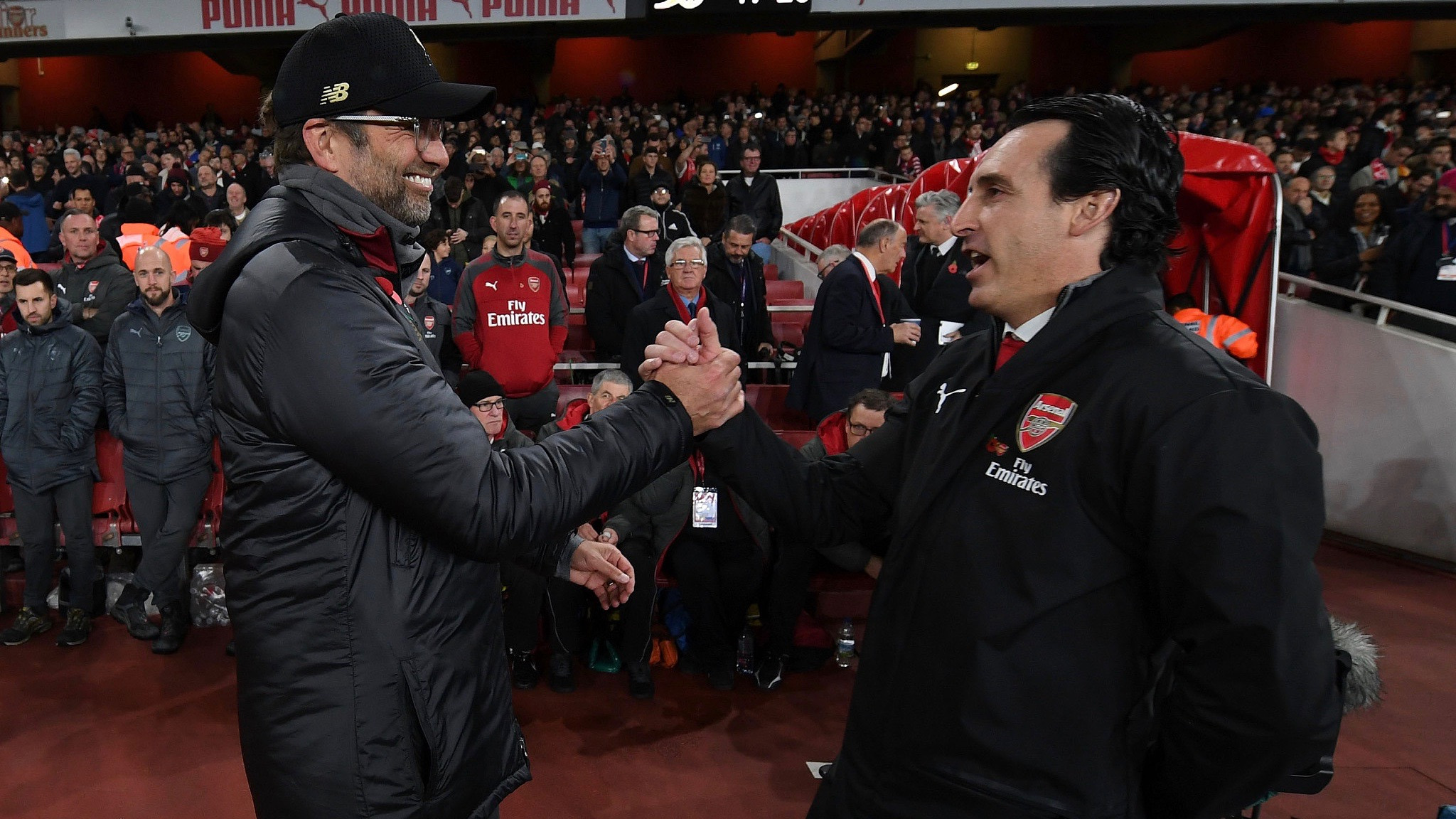 What happens when the unstoppable force meets the immovable object? It's an age-old question that's provoked the thoughts of philosophers and scientists for centuries; many say it's a paradox, others say it's such an extreme case that it's a false dilemma and there are other options that are being ignored by the premise. It's sad to consider the time and brainpower wasted on this conundrum when European sports have always had the answer: It's a draw.
Liverpool, unbeaten in the Premier League this season and with only one loss in Europe (to the perennial spoilers of Napoli), faced Arsenal, unbeaten in 13 fixtures in all competitions, on Saturday and from the outset proved they were equally matched. Liverpool manager Jurgen Klopp's trademark gegenpress was matched by the free flowing tactics of Arsenal boss Unai Emery, who after taking a while getting to grips with Arsene Wenger's leftovers, appears to be reinvigorating his side. Within the opening 10 minutes, the game was end to end with counters leading to counters and energy seemingly in boundless supply.
Just before the 20th minute, Sadio Mane had a goal wrongly disallowed for offside. He was ahead of the Arsenal defense but behind Roberto Firmino, whose shot on goal bounced back into play off the crossbar. This didn't dissuade the Redmen though and the strike team of Mo Salah and Virgil van Dijk repeatedly forced Arsenal keeper Bernd Leno to make saves, a narrative that soon began to play mirrored at the other end with Pierre-Emerick Aubamayang and Henrikh Mkhitarian threats against record breaking Liverpool goalkeeper Alisson culminating in a correctly disallowed goal from Alexandre Lacazette. 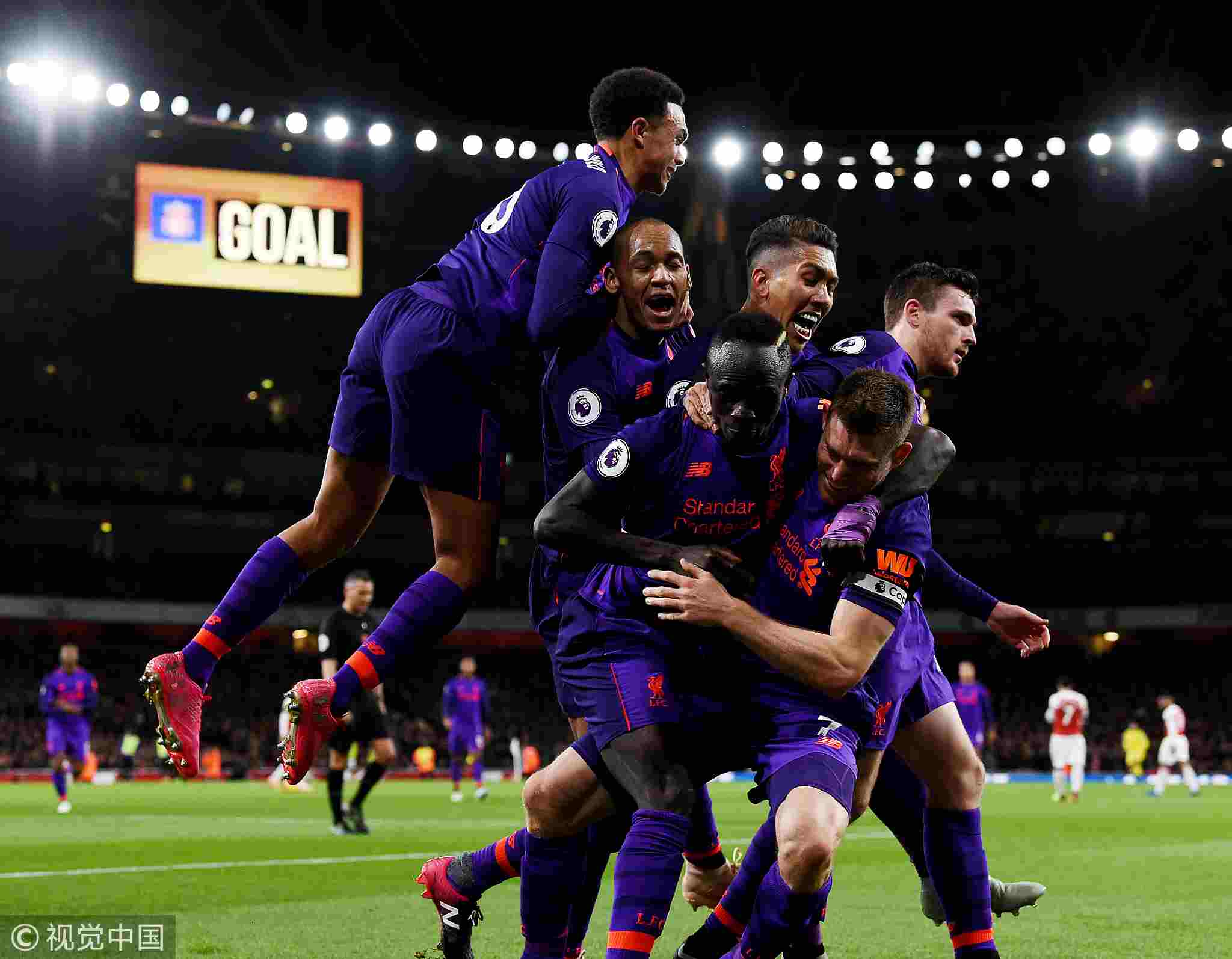 Against all odds, the game went into the break 0-0 and, perhaps even more surprising, continued in the same fashion in the second half until Liverpool were gifted a goal at the one hour mark. Leno swung at a low cross coming in from Mane and, instead of clearing it, his fingertips sent it directly forward, giving James Milner – a man not known for scoring goals from open play – the perfect opportunity. Not only did he absolutely smash it, he intentionally kept it low so it bounced awkwardly and zoomed past the goal line scramble to make it 1-0.
This is where a Wenger team would lose confidence and, depending on the day, fall apart or park the bus; Emery instead threw everyone forward, leading to Hector Bellerin and Sead Kolasinac rushing the wings and Liverpool sending everything back through the middle. Both teams knew how to attack and defend but seemingly not at the same time and it took until the 82nd minute for this pattern to change, thanks to a fantastic piece of individual skill by Lacazette. Alisson sent the ball back into play, where it was caught by Lacazette who turned and curled the ball into the far post, beating Alisson and Joe Gomez and, even more amazingly, began with his back to goal. The total opposite of Milner's opening strike.
Even though it should have ended 2-1, a 1-1 draw felt like the right result. Liverpool nudge Manchester City out of the top spot with their one point. Arsenal remain in 4th – where have we heard that before? – two points ahead of Tottenham and one behind Chelsea.
Elsewhere
The Jose Mourinho saga dragged on as Manchester United beat Bournemouth with an unconvinced 2-1 scoreline. Callum Wilson struck first with a goal in the 11th minute, putting Bournemouth in the lead and emphasizing that the days of Manchester United being a fearsome force are long gone. Anthony Martial leveled in the 35th minute and the game remained 1-1 until Marcus Rashford kept The Special One employed for another week by breaking the deadlock at 90+2. 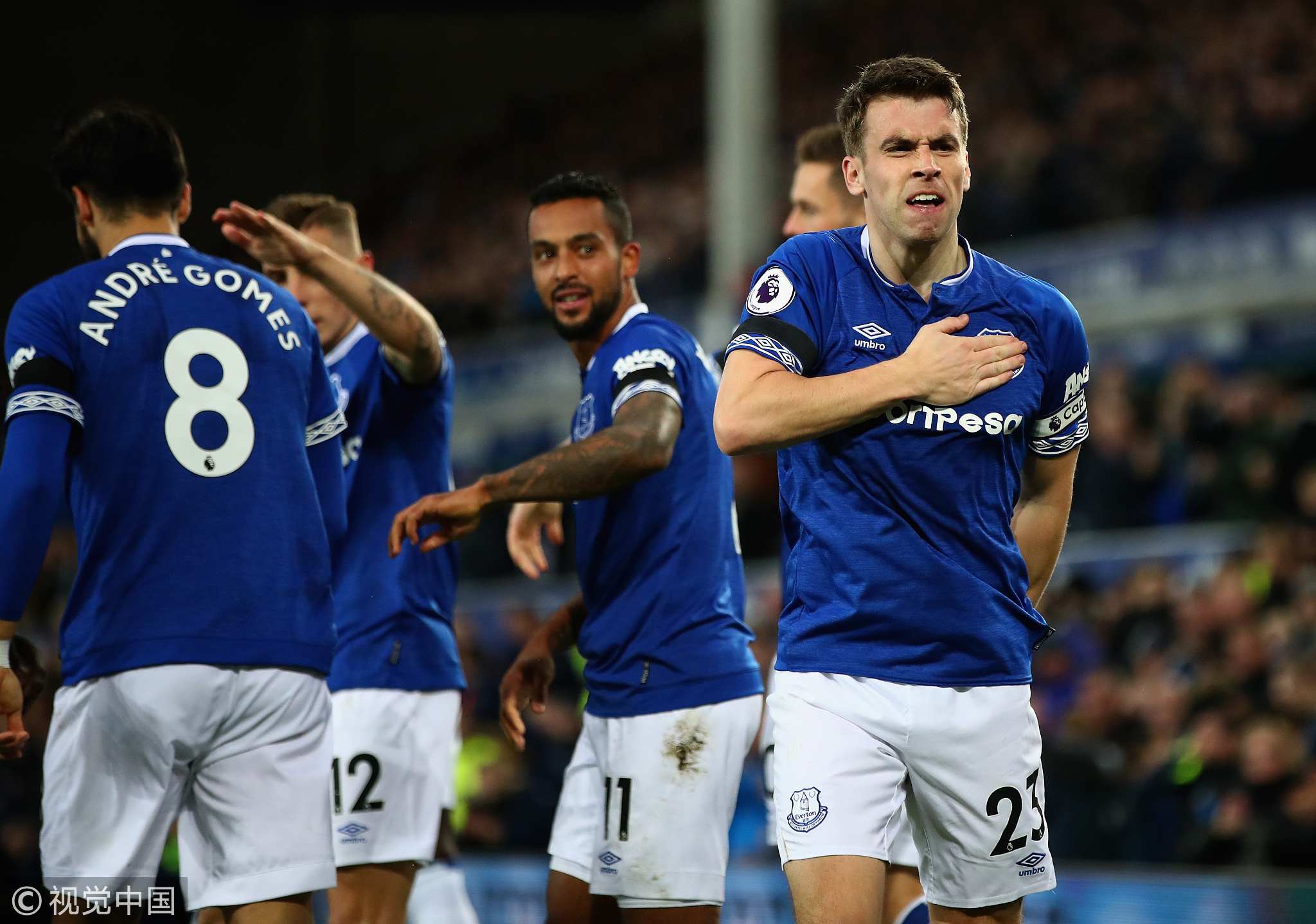 Everton returned to their winning ways under new manager Marco Silva with an impressive 3-1 victory over Brighton, who hadn't conceded a goal in over five hours worth of play time. Richarlison, Everton's new Romelu Lukaku, scored twice with two nice finishes and veteran Blue Seamus Coleman got one in between the Brazilian's to make it three.
Leicester City's emotional 1-0 win away at Cardiff was a fitting tribute to the memory of Vichai Srivaddhanaprabha, The Foxes Thai owner who was killed in a helicopter accident last weekend. An understandably rough opening half for Leicester, in which Cardiff hit the post from a free kick, was followed by an understandably uninspiring second half, punctuated only by Demari Grey's clean finish in the 55th minute. His celebration of removing his shirt to reveal a t-shirt with the message "For Khun Vichai” was penalized with an embarrassingly by-the-book yellow card but it didn't matter in the end. The post-game scenes of the players and the away support together, singing in memory of Vichai is one of the most heartbreaking scenes in Premier League history and testament for how much he did for the team, who won the title under his stewardship in the 2015-16 season.
Scores (home sides in bold)
Bournemouth 1-2 Manchester United
Cardiff 0-1 Leicester
Everton 3-1 Brighton
Newcastle 1-0 Watford
West Ham 4-1 Burnley
Arsenal 1-1 Liverpool
Wolves 2-3 Tottenham