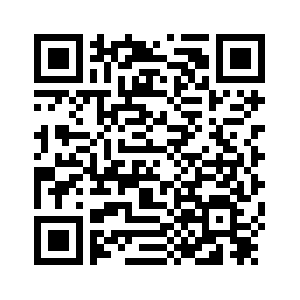 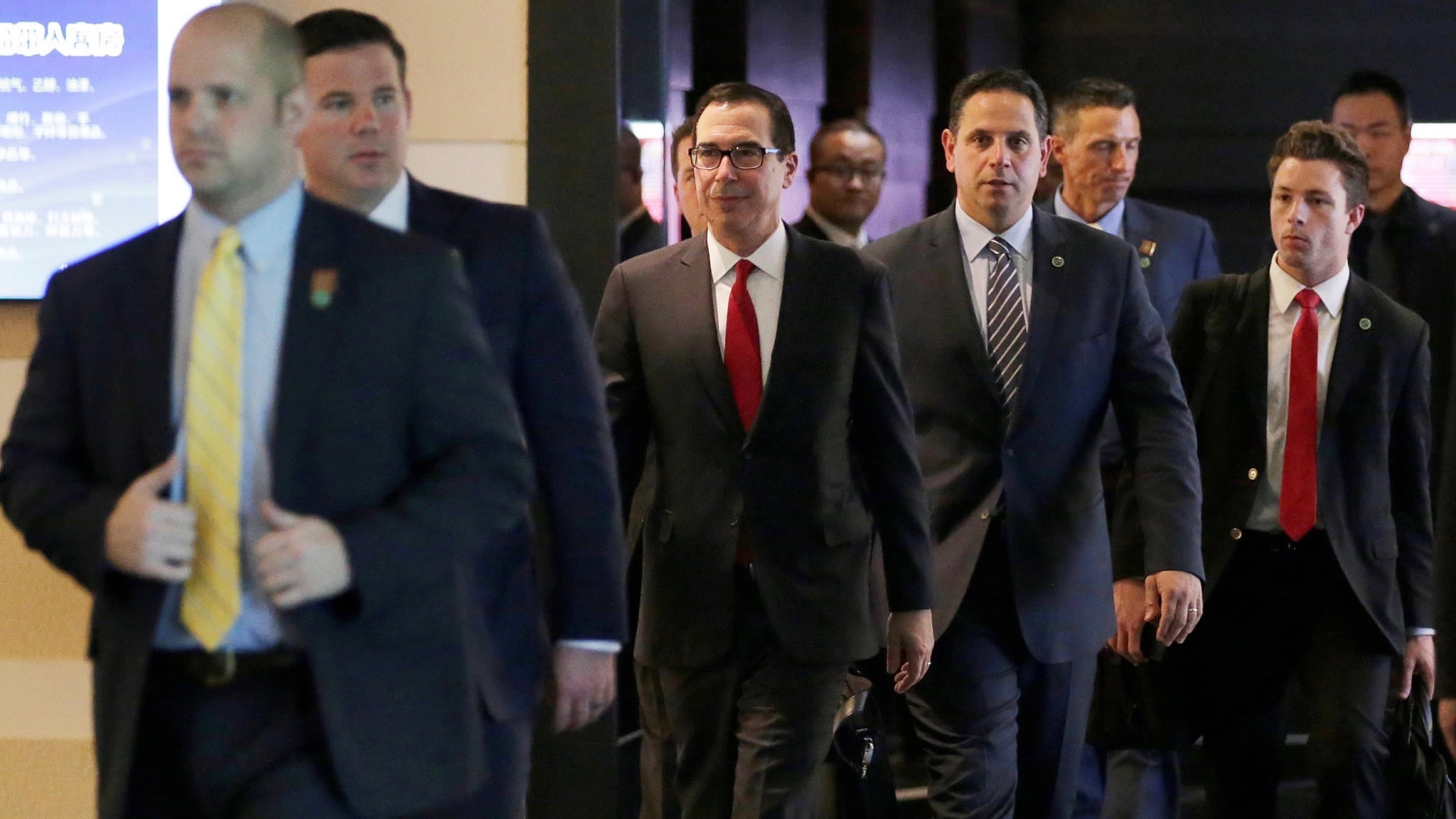 All eyes are on Beijing as Donald Trump’s seven-man delegation is now in town to negotiate how to avert a nightmare scenario on the world stage.
The specter of a trade war between the world’s two largest economies has been lingering since the Trump administration slapped tariffs on Chinese imports in March. Over the months, Washington and Beijing have been trading barbs over the tariff threats, intellectual property and advanced technology for a prolonged time, which it seems to be leading nowhere.
Investors, politicians, consumers – who are still on tenterhooks over rattled global markets and supply chains – are expecting something substantive to come out of the two-day talks.
The mercurial president usually makes decisions in the blink of an eye, agitating the rest of the world to catch up with what’s in his mind. Uncertainty has heightened as the seven men in the high-level trade cohort comprises both avowed protectionists and staunch free-trade advocates. 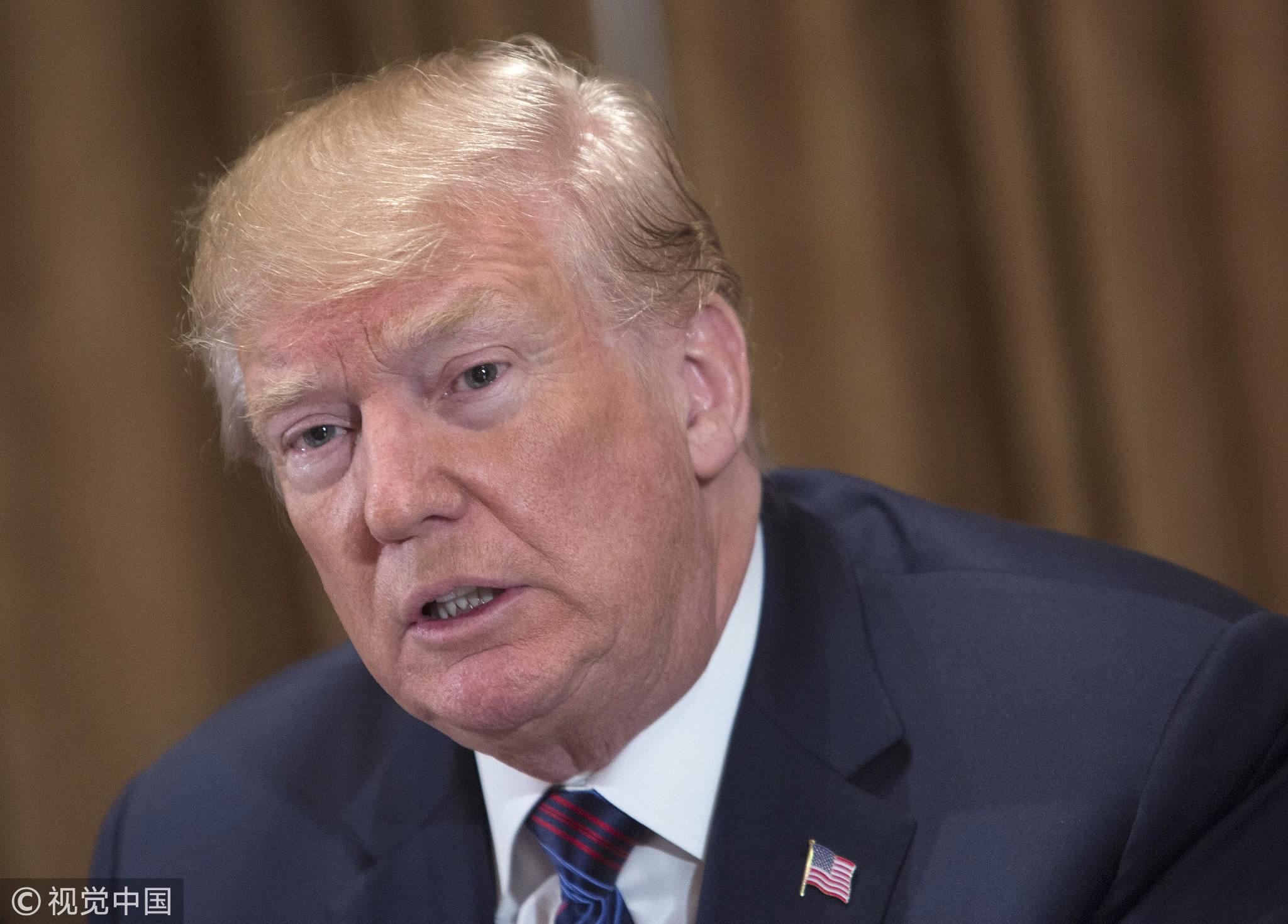 US President Donald Trump participates in a meeting on trade with governors and members of Congress at the White House, April 12, 2018, in Washington, DC. /VCG Photo

US President Donald Trump participates in a meeting on trade with governors and members of Congress at the White House, April 12, 2018, in Washington, DC. /VCG Photo

US Treasury Secretary Steven Mnuchin said he was “cautiously optimistic” about the meeting with Chinese economic officials. The ex-Goldman Sachs executive, who used to embrace a globalist view, has gradually leaned toward Trump’s harsh trade approach. But he is correct in saying that it’s truly difficult to win a trade war, and even though Washington claims a victory in a sense, a bunch of US farmers and manufacturers will suffer over China’s response.
China is not the Japan of the 1980s, whose economy declined after the Japanese yen appreciated dramatically as a result of addressing the US’s tremendous trade deficit. China is not an ally of the US, and hence has no such concerns about signing another “Plaza Accord,” which partly caused Japan’s “lost decade.”
Billionaire Wilbur Ross, US Commerce Secretary, softened his tone in expectations for a breakthrough prior to the trade talks. US Trade Representative Robert Lighthizer, the White House economic policy adviser Larry Kudlow and trade and manufacturing adviser Peter Navarro are well-known China hawks who harbor a Cold War mentality.
Author of “Death by China: Confronting the Dragon – A Global Call to Action,” Navarro justified on a Fox News program that the tariffs were a punishment for “robbing our technology blind.” They hold a similar view to Trump that the huge US trade deficit is triggered by China’s “unfair” trade policies including the government providing subsidies for certain products.
Nonetheless, Everett Eissenstat, deputy assistant to the president for international economic affairs, may serve a milder role in the negotiation. And Terry Branstad, currently US ambassador to China, is an old friend of Chinese President Xi Jinping. Their relationship dates back to 1985 when Xi visited Iowa, where Branstad served as governor. Branstad may help precipitate something positive as China is a major buyer of Iowa farm produce like pork and soybeans. 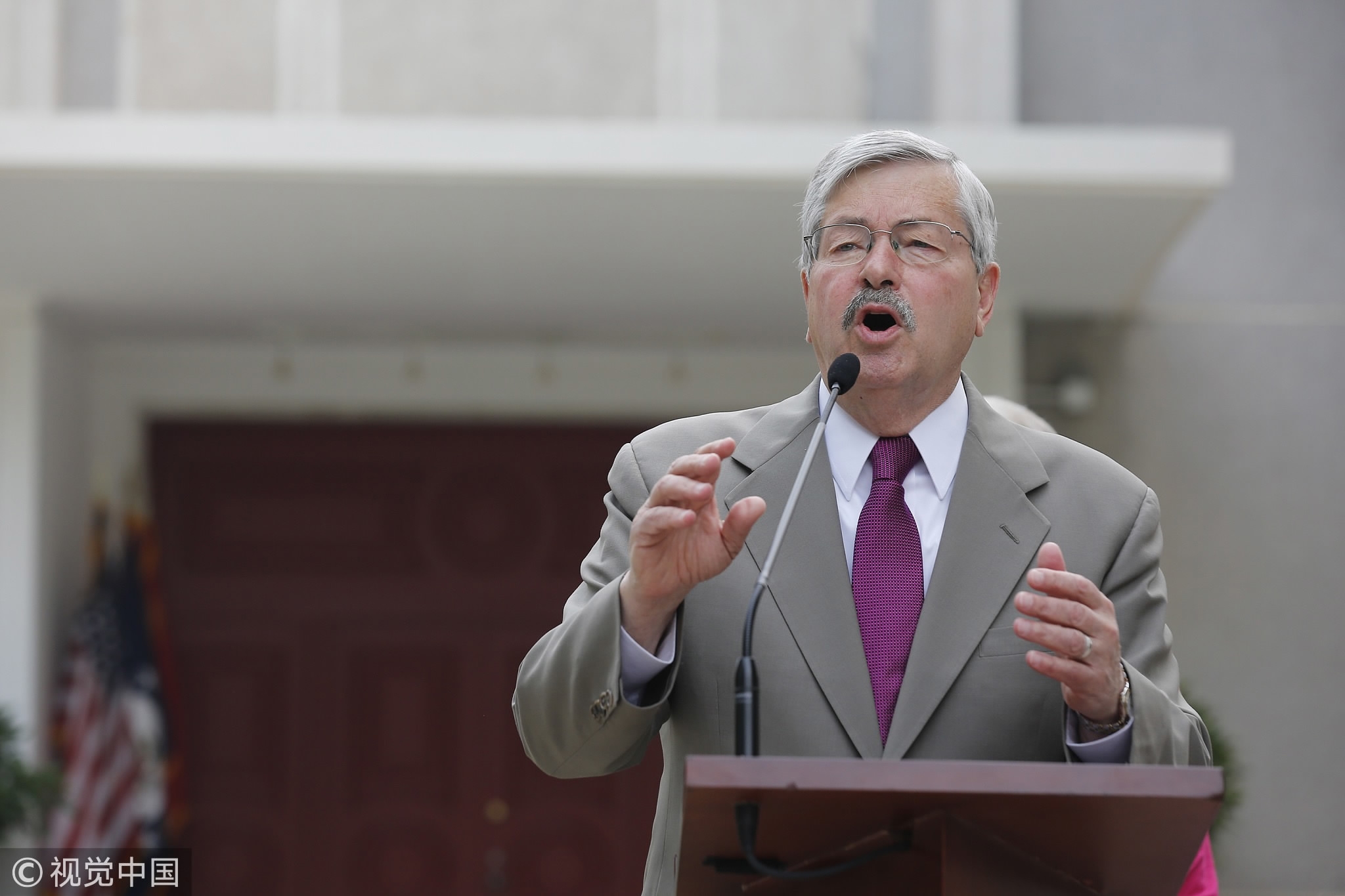 June 28, 2017: Terry Branstad speaks at his first press conference as US ambassador to China, in Beijing. /VCG Photo

June 28, 2017: Terry Branstad speaks at his first press conference as US ambassador to China, in Beijing. /VCG Photo

Such a composition of hardline and moderate negotiators has raised the stakes of their Beijing trip. At least, we can see that Trump is attempting to seek the US's interests, rather than make more trouble in its trade ties with the Asian powerhouse in this move.
However, the president shied away from convention by avoiding the dangerous confrontation. Successful negotiations are often launched from bottom to top – a process in which business communities first talk with government sectors and then high-level officials exchange ideas and clinch deals. But in this unusual style, Trump may have taken it for granted that he will win the game, blurring the prospect of the talks.
It looks like the negotiation will hardly draw a full stop to the trade row. Tariffs on certain Chinese imports may rise; the US may soften its measures on Huawei. The conflict may well develop into a tug of war. But no matter what comes out of the talks and in the future, the Chinese economy has the capacity to withstand pressure.
What Washington wants most is for Beijing to give up its “Made in China 2025” policy and consequently abate its concerns of possible threats to the US’s high-tech sector, which is as unrealistic as Trump’s wishing China to cut the trade surplus b‍y 100 billion US dollars.
It’s ironic that the US, an ardent champion of fair trade and market economy, tables China with a goal that could only be achieved through a planned economy.
(The article is based on an interview with Wang Dan, China analyst at The Economist Intelligence Unit.)
(Cover Photo: US Treasury Secretary Steven Mnuchin (C) and the US delegation for trade talks with China, leave a hotel in Beijing, China, May 3, 2018. /VCG Photo)