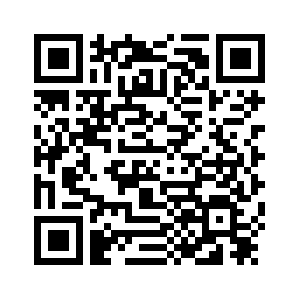 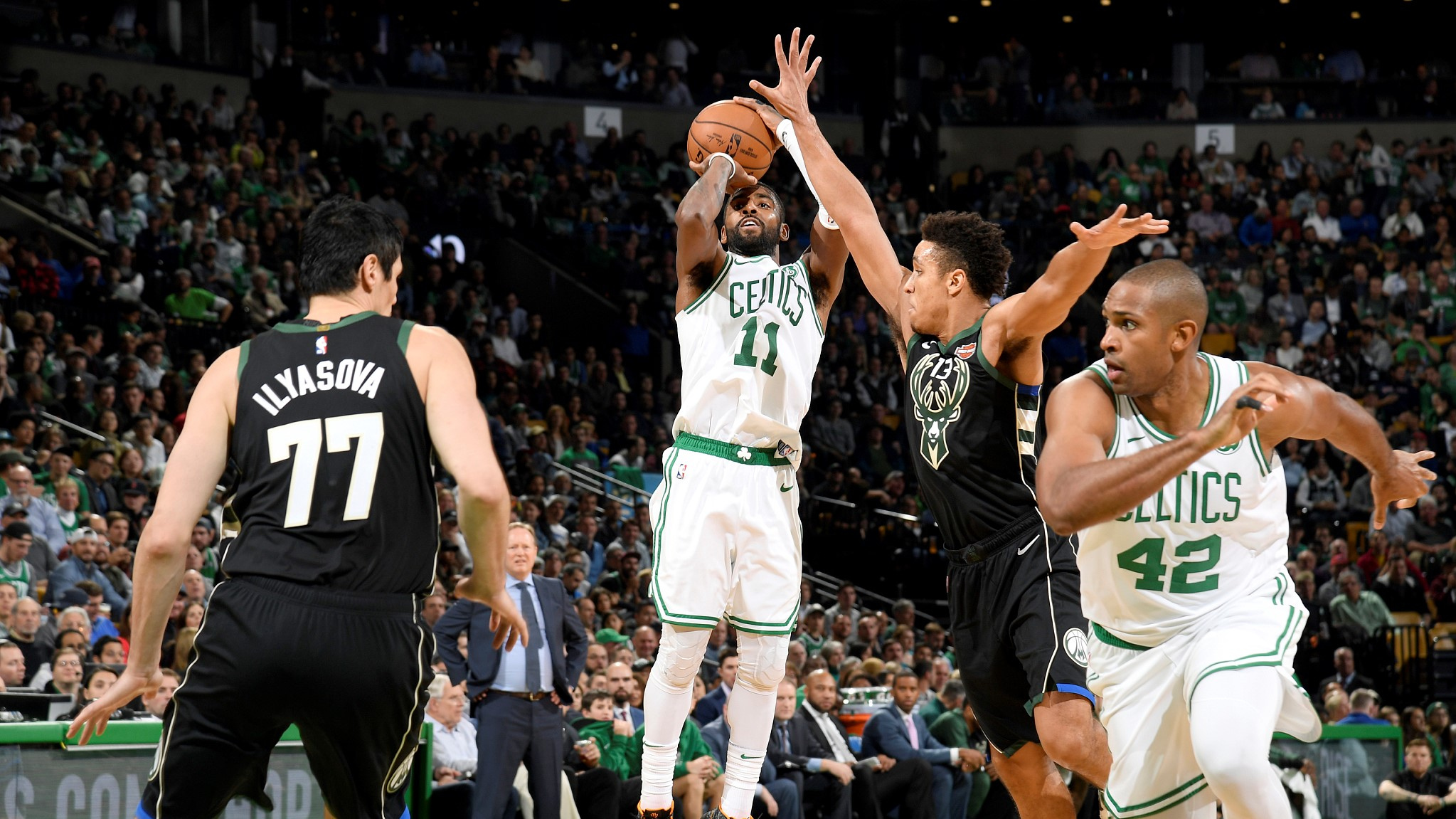 The Milwaukee Bucks, the only undefeated team in the 2018-19 NBA regular season saw their record come to an end on Thursday at the TD Garden where the Boston Celtics won the game 117-113 while making 24 three-pointers, the highest in the team's history. 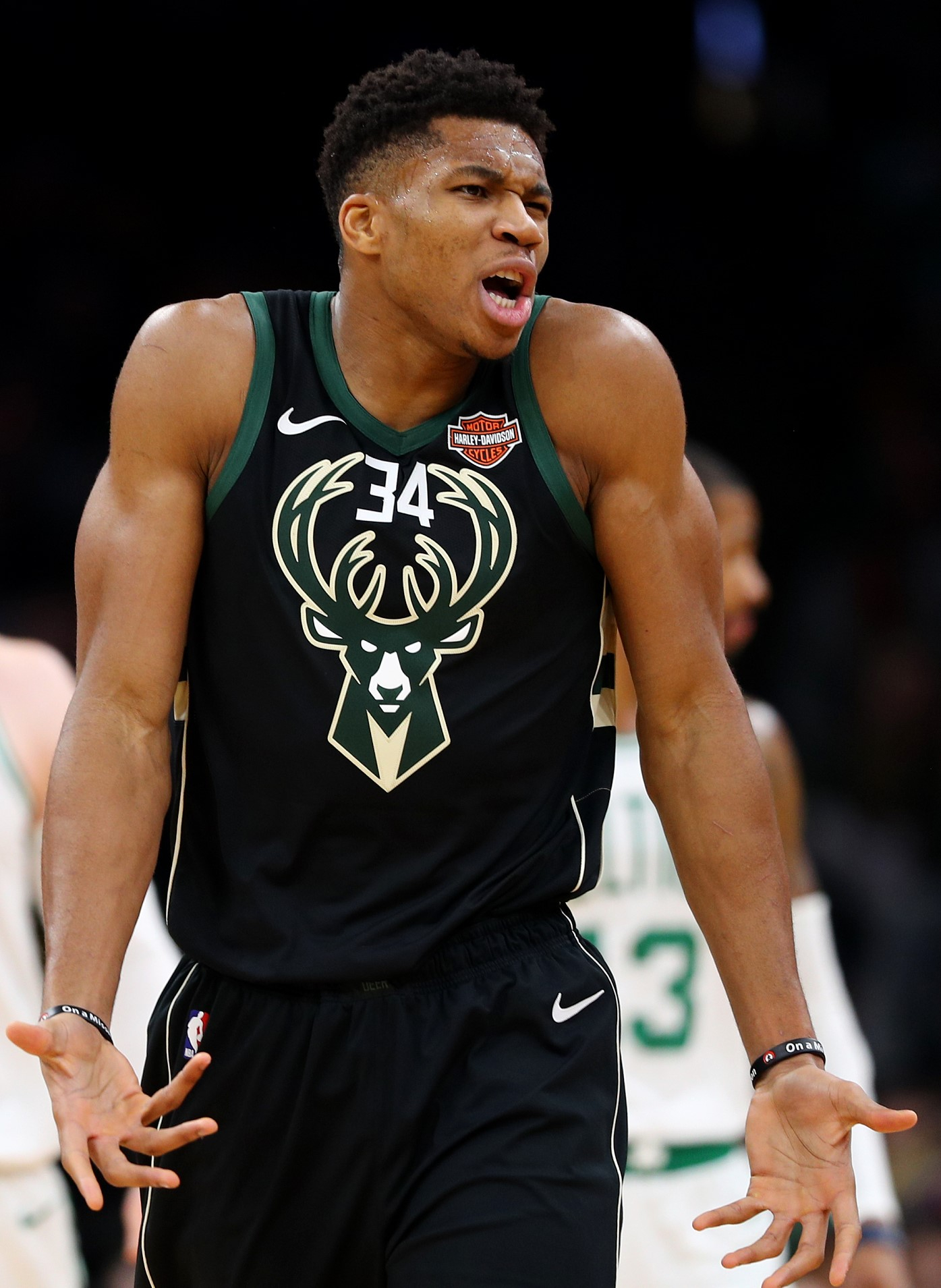 Giannis Antetokounmpo does his best with 33 points and 11 rebounds but that is not good enough to save the Bucks. /VCG Photo

Giannis Antetokounmpo does his best with 33 points and 11 rebounds but that is not good enough to save the Bucks. /VCG Photo

As respectively the No. 1 and No. 2 defense teams in the league, neither the Celtics nor the Bucks could score easily and finished the first quarter 23-16 with Boston leading. Giannis Antetokounmpo in the second quarter enhanced his isolation attack and put down 12 points to help Milwaukee catch up. In response, Boston's Gordon Hayward and Kyrie Irving stood out and achieved multiple three-pointers to maintain the score 55-53 after the first half.
Irving continued to be on fire in the third quarter and made three consecutive three-pointers in less than 90 seconds before he helped Jason Tatum hear the same splash. The Celtics expanded their lead to 67-56 after a 12-3 run. Though the Bucks kept scoring, they could not stop Boston from getting eight three-pointers in total in this quarter, breaking their previous record of making 19 such shots in one game. 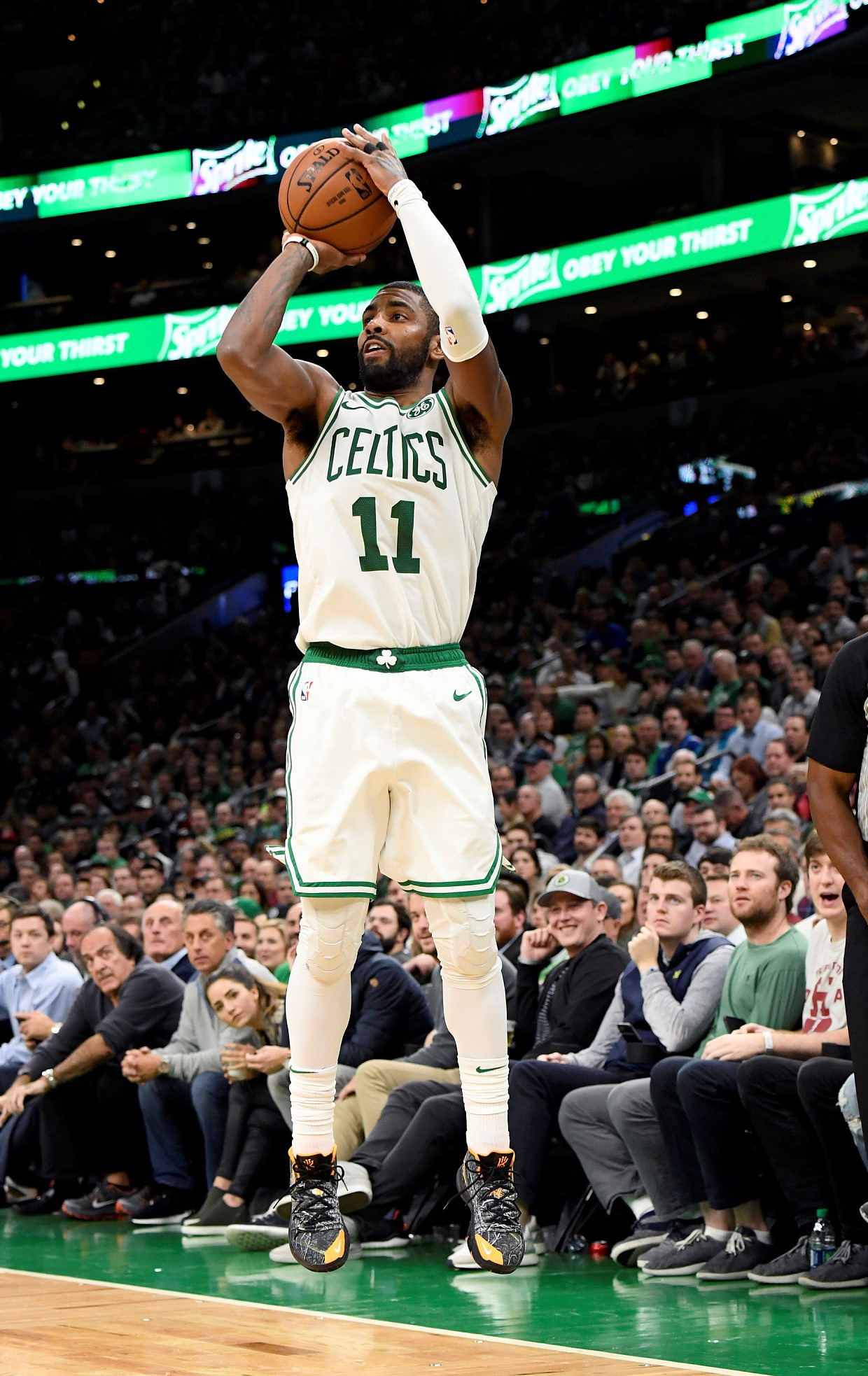 The Celtics made 24 three-pointers in the game, a new franchise record. /VCG Photo

The Celtics made 24 three-pointers in the game, a new franchise record. /VCG Photo

Milwaukee in the last quarter again saw the hope of tying the game with a 12-0 run at the beginning while Boston went ice cold with their shots. However, the Bucks kept missing opportunities every time they narrowed the score to three points. They either missed an easy layup or failed to make both free throws. The Celtics were still leading by three when there were only 12.3 seconds left. Then Milwaukee's Eric Bledsoe missed his shot before Antetokounmpo missed his second free throw. In the end, Al Horford sealed the win for the Celtics with two free throws.
Six Boston players scored double digits as Irving got the highest 28 points. Antetokounmpo took the court's highest 33 points plus 11 rebounds. However, his team failed to grab the opportunity as the Celtics scored only four points with free throws in the last three minutes and 47 seconds and had to watch their winning record end at seven. 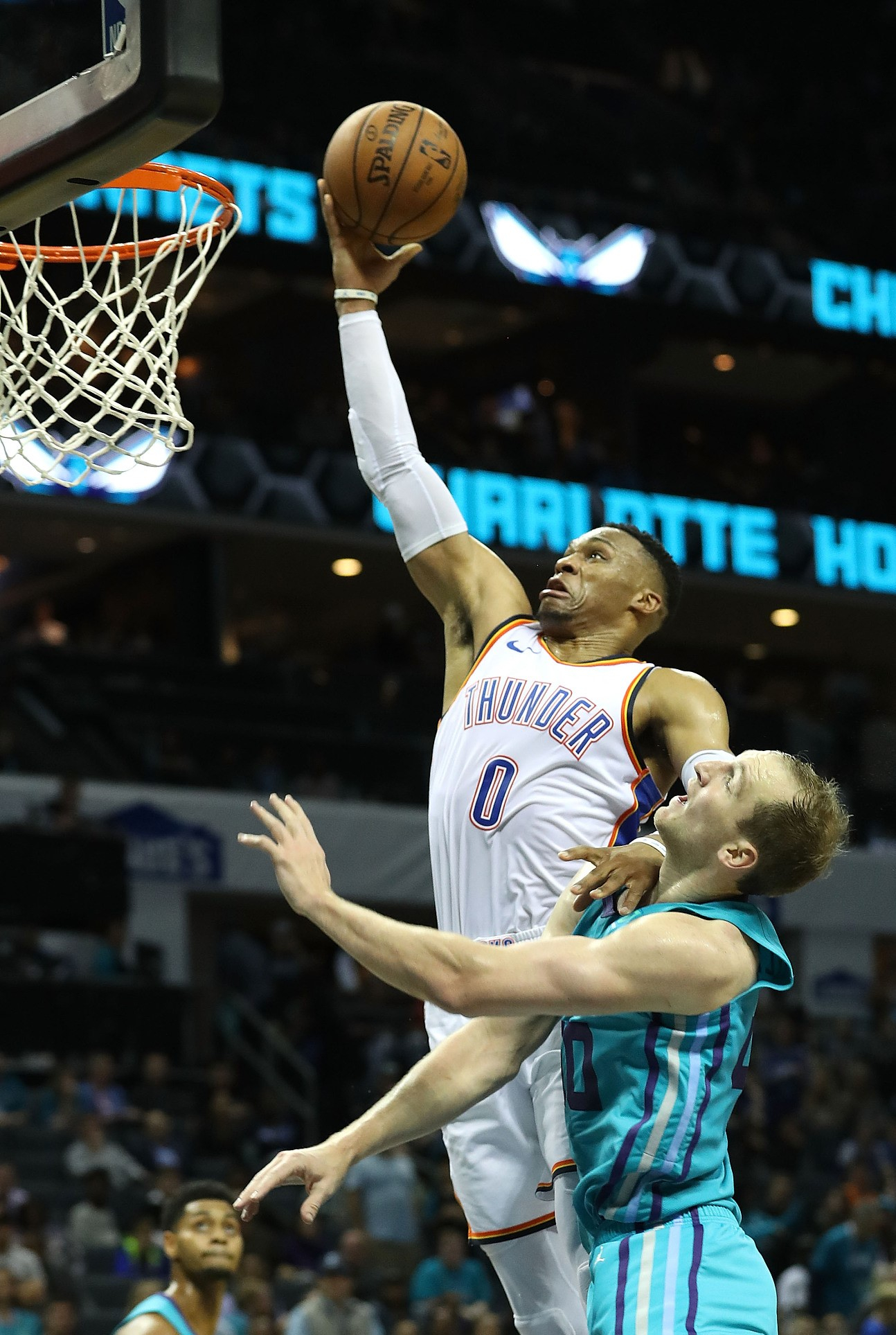 Russell Westbrook #0 of the Thunder attacking the rim /VCG Photo

Russell Westbrook #0 of the Thunder attacking the rim /VCG Photo

The Oklahoma City Thunder won their third game in a row as they beat the Charlotte Hornets 111-107 at the Spectrum Center. This victory did not come easy because the Thunder trailed at most by 19 points in the game.
Both teams were terrible at shooting in the first half after which the Hornets led 48-44. The home team suddenly found their target in the third quarter as Kemba Walker, Nicolas Batum and Jeremy Lamb kept making three-pointers to launch a 14-0 run. After Walker scored in the paint area, Charlotte already led by 19 points. Oklahoma City's bench player Alex Abrines carried on the team's offense by achieving 15 points in this quarter to help his team respond with a 26-11 run. 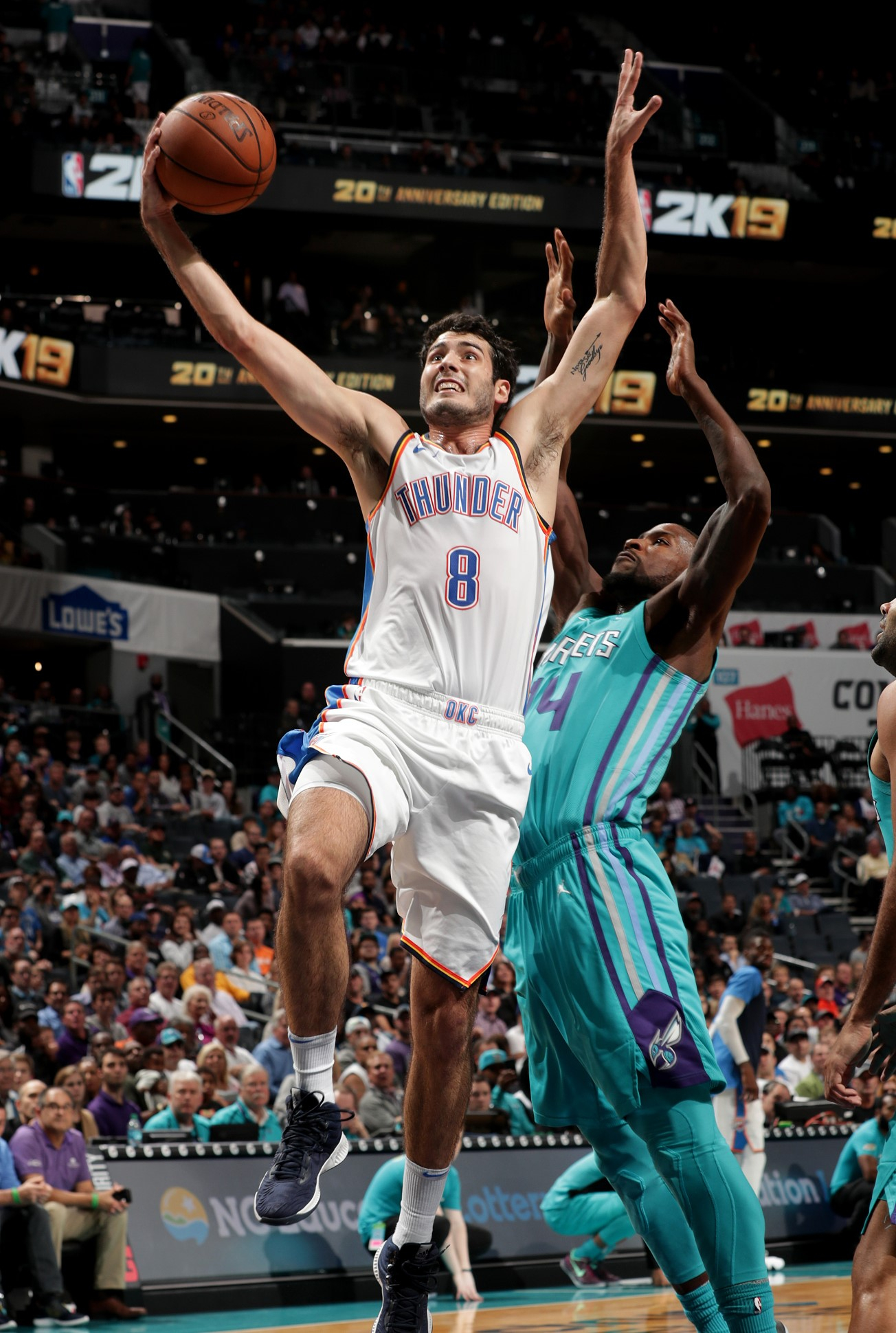 In the last quarter, Russell Westbrook became unstoppable with his jump shots and penetrating to help the Thunder tie the score. In the last 35 seconds, he delivered two assists to Abrines and Dennis Schroder before locking the win by himself with a layup.
Westbrook put down OKC's highest 29 points plus eight rebounds and 10 assists while Abrines got career-high 25 points. The Hornets had five players scored double digits including 21 points for both Walker and second-year guard Malik Monk. 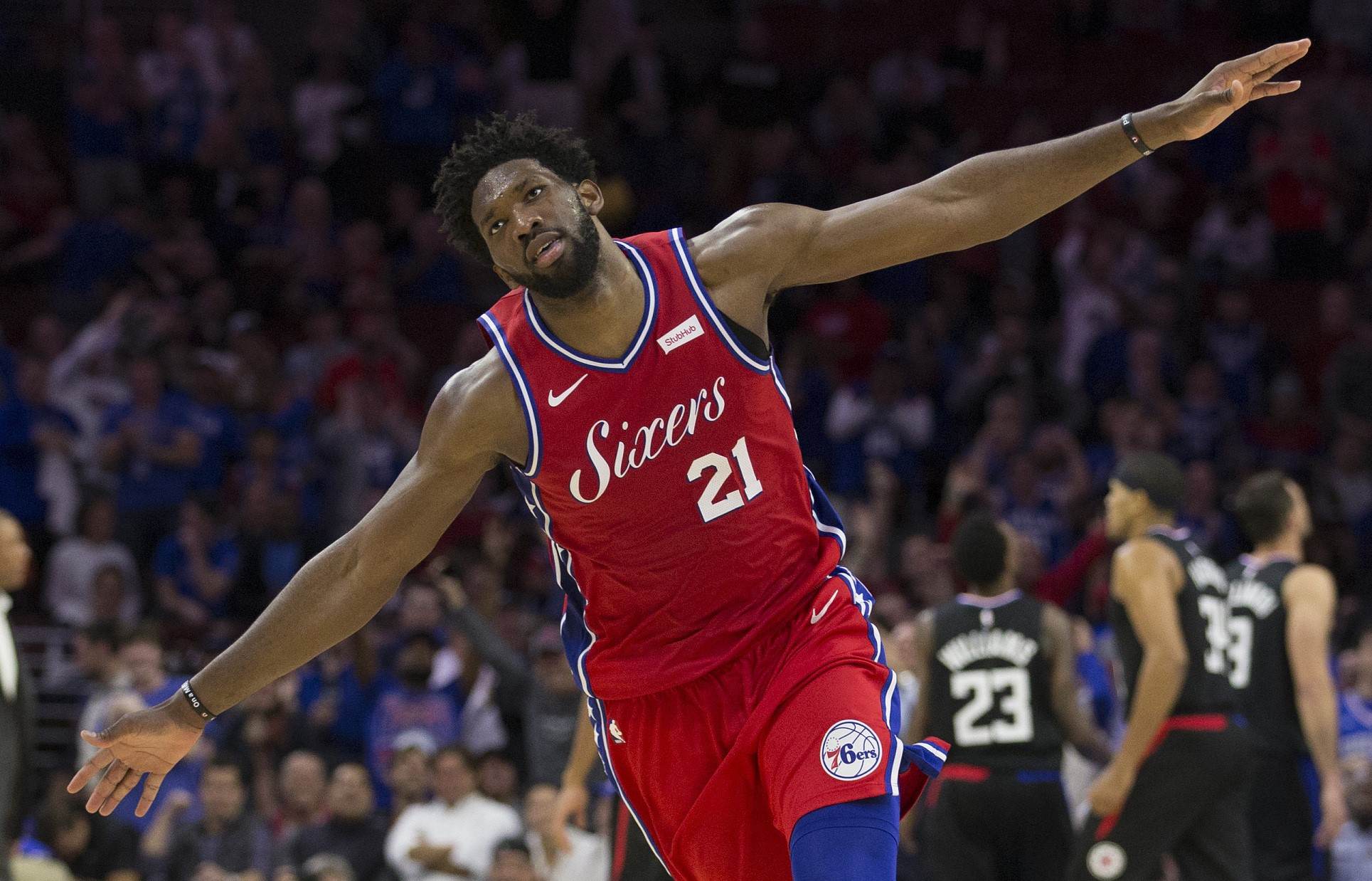 The Philadelphia 76ers kept their undefeated record at the Wells Fargo Center by defeating the challenging Los Angeles Clippers 122-113. Though the home team once led by 22 points in the second quarter, the Clippers reversed the tide in the third quarter. In the crucial last moment of the game, Joel Embiid presented an extraordinary performance by making a three-pointer, a slam dunk and an assist that led to another three-pointer by his teammate J.J. Redick before Philadelphia bagged the victory.
Embiid scored the second highest 41 points in the game while taking 13 rebounds and four blocks while Ben Simmons made 14 points and 11 assists for the 76ers. The Clippers had three players, Louis Williams (26), Danilo Gallinari (25) and Tobias Harris (24) got over 20 points. 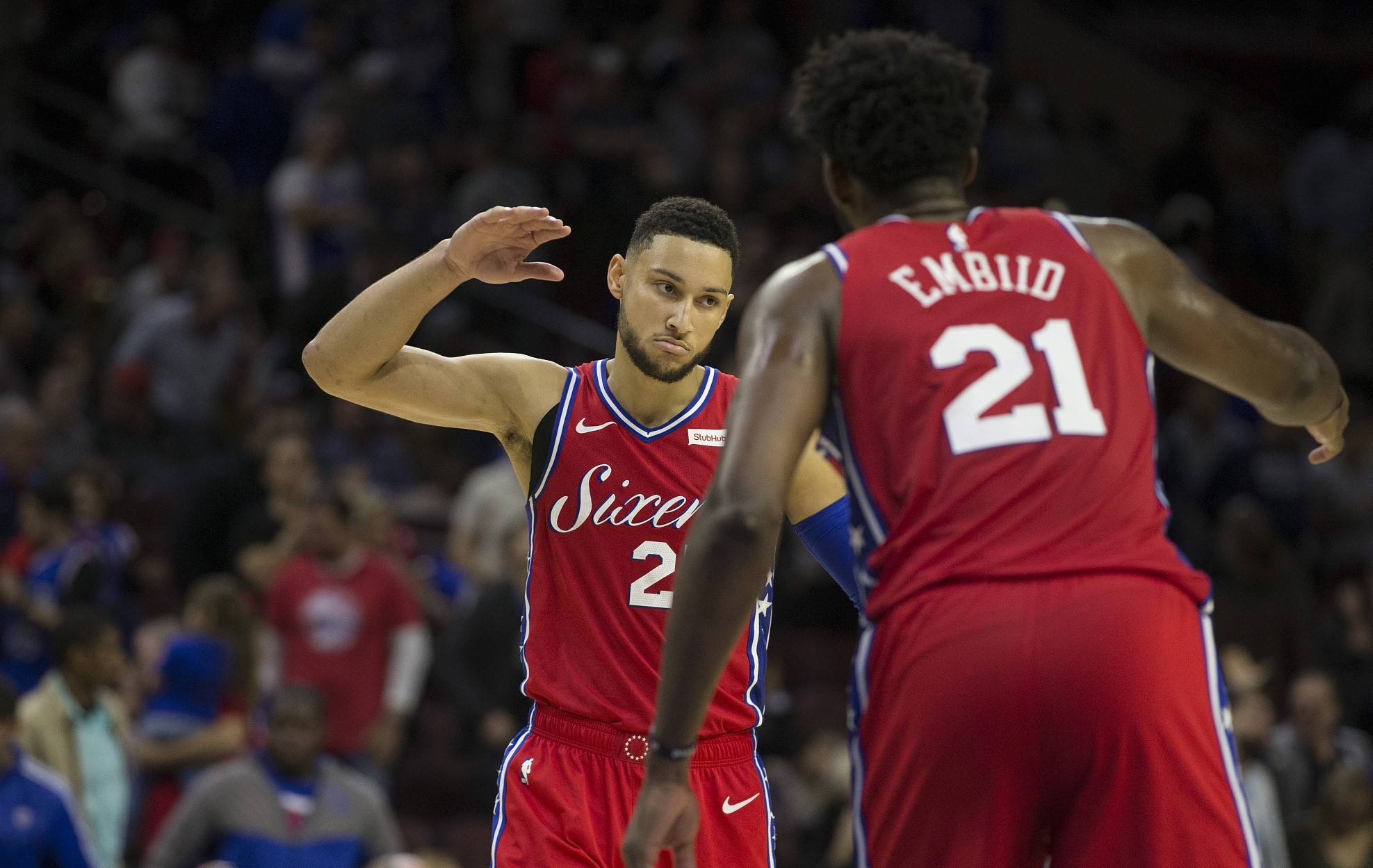