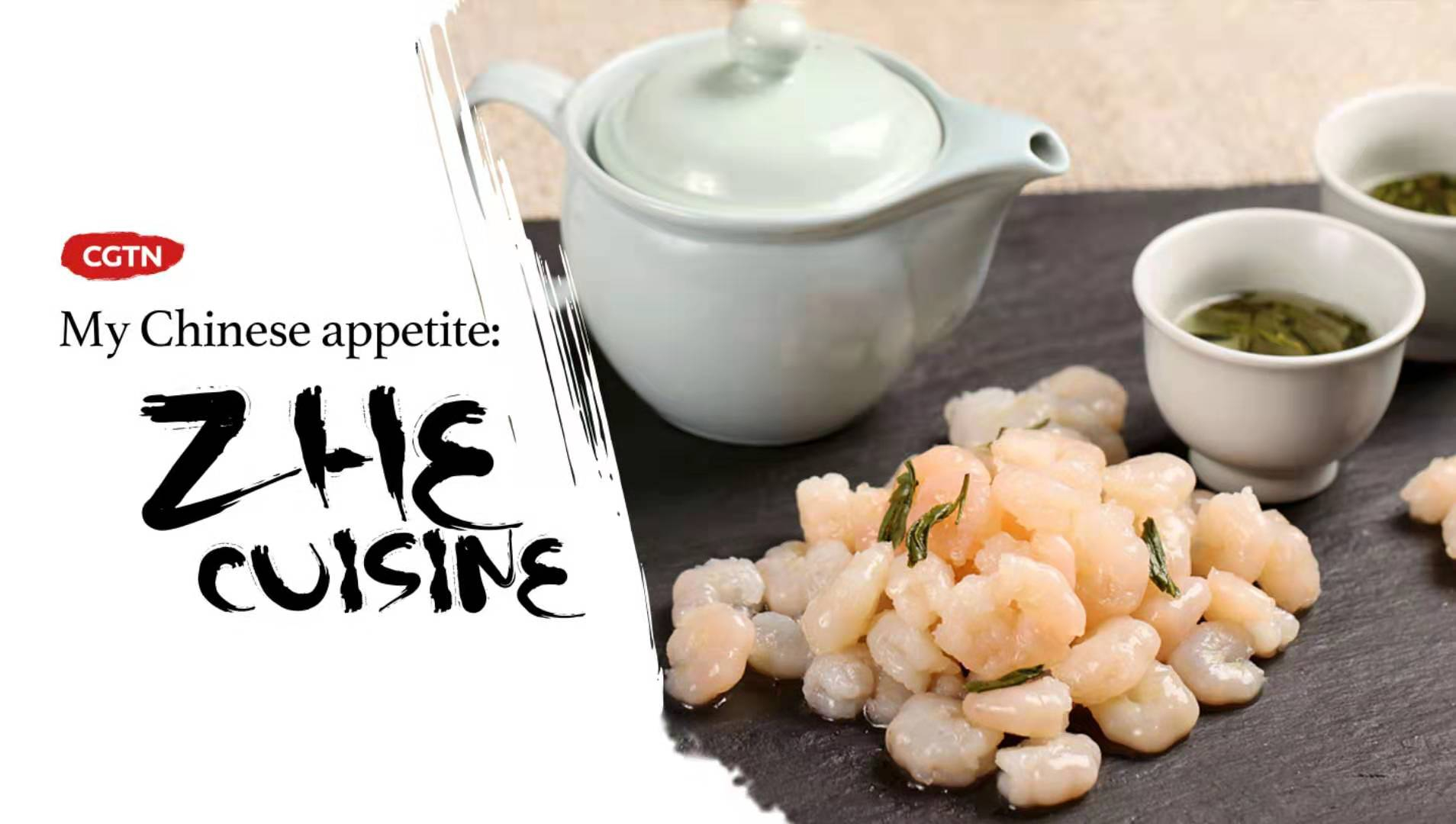 China has a long culinary history. In the Shang and Zhou Dynasties (1600-221 B.C.), Chinese cuisine was well developed in terms of cooking methods and dishes taken as part of the culture.

Four of the "Eight Cuisines" were publicly recognized as the most mature cooking styles in the early Qing Dynasty (1644-1911), which can be found in recorded Chinese history in the book “Qing Bai Lei Chao.” They consist of the Lu cuisine from today's Shandong Province; the Yue cuisine, also known as the Cantonese cuisine, from Guangdong Province; Chuan cuisine, nurtured by its birthplace in Sichuan Province; and Su cuisine, from today's eastern coastal province of Jiangsu.

Zhe cuisine, also known as Zhejiang Cuisine, is one of China's eight culinary traditions. Located in eastern China, Zhejiang Province is famous for its lavish production of aquaculture and agriculture products, as well as the techniques of turning them into exquisite dishes. Zhe cuisine is not greasy but has a fresh and soft flavor. Here are three recipes with tips on preparing them at home.

Longjing prawns, tea-flavored, are considered a snack. Tea leaves are used in cooking, while tea is served on the table. 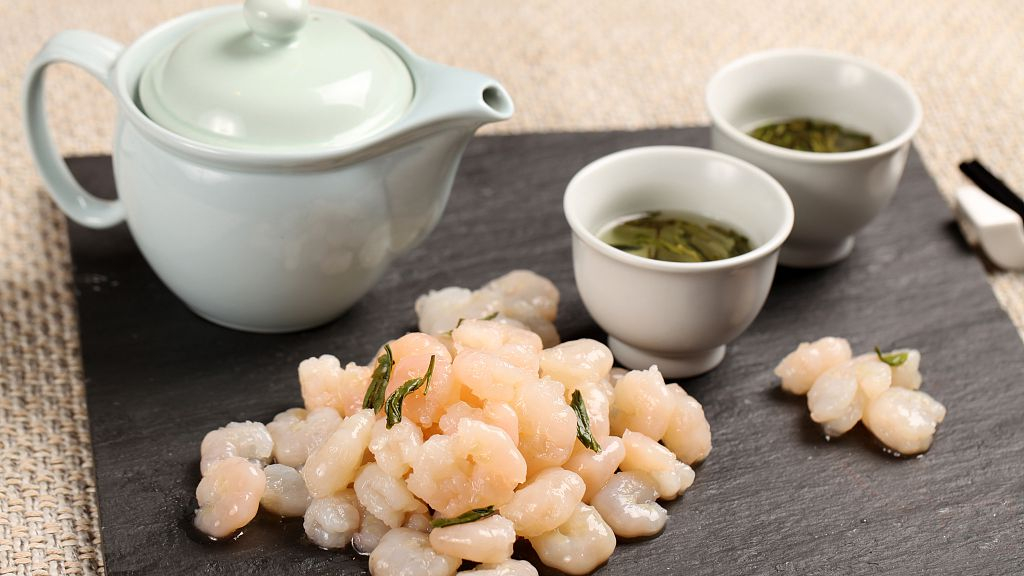 This dish is the easiest to prepare. Cook the prawns as how you usually would: clean and slightly stir-fry. Add some Longjing Tea, and it's done.

Longjing tea is a type of pan-roasted green tea from Longjing Village near Hangzhou, capital of east China's Zhejiang Province. It is manually produced for the most part and one of the 10 major categories of Chinese tea.

Below is "West Lake Fish in Vinegar Gravy," invented by famous chief Song Wusao and hugely promoted after Emperor Zhao Gou of the Southern Song Dynasty (1127-1279) gave it high praise during his a visit to Ms. Song's restaurant by the West Lake.

The secret to this dish is that the cook uses mainly sugar and vinegar. But it's not a secret anymore, as we are about to teach you how. 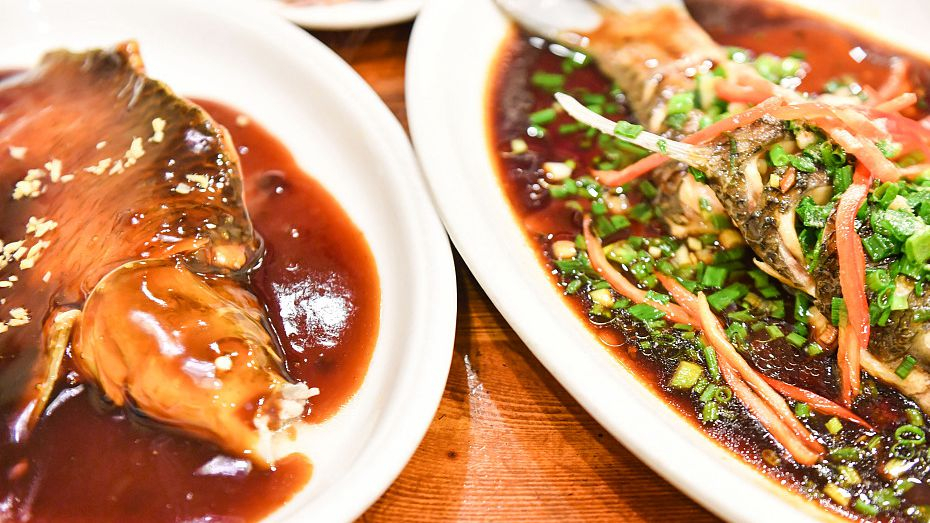 Step 1: Clean the fish. Cut it into several pieces, add salt and cooking wine and soak it for one minute. Rinse the fish thoroughly with water.

Step 3: Boil the fish in water with onion and ginger. After the water starts to boil again, simmer for three minutes and make sure the fish is well cooked. Take out the fish for later use.

Step 4: Clean the pot and bring the prepared sauce to a simmer. Keep stirring to prevent the starch from solidifying. Add some ginger crunch. When the sauce becomes slightly sticky, take it out and pour it onto the cooked fish.

The dish is named after the famed Song-dynasty poet and gastronome Su Dongpo. It keeps the fat of the pork belly, but it still unites the main features of Zhe cuisine: not greasy, and mild. 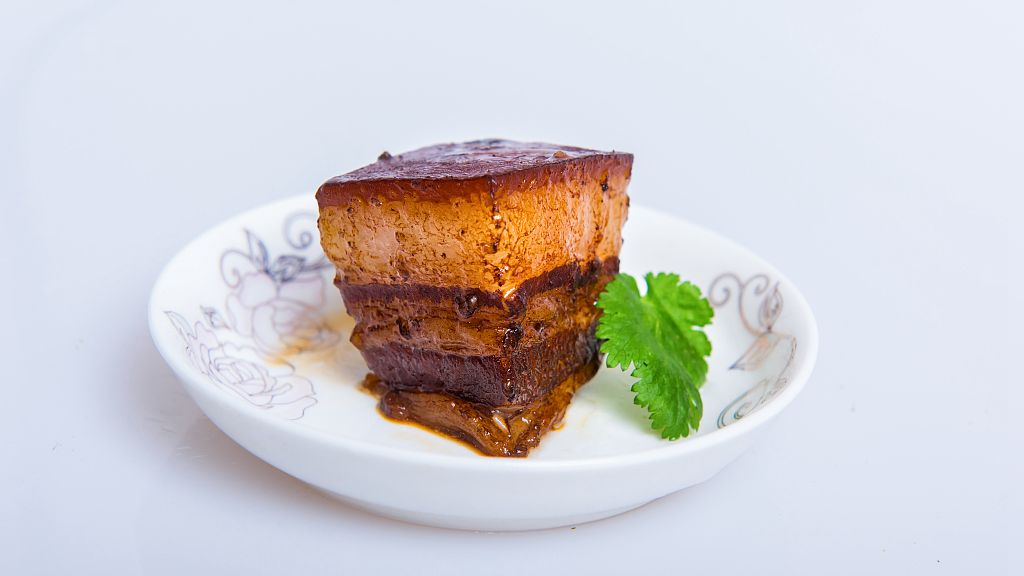 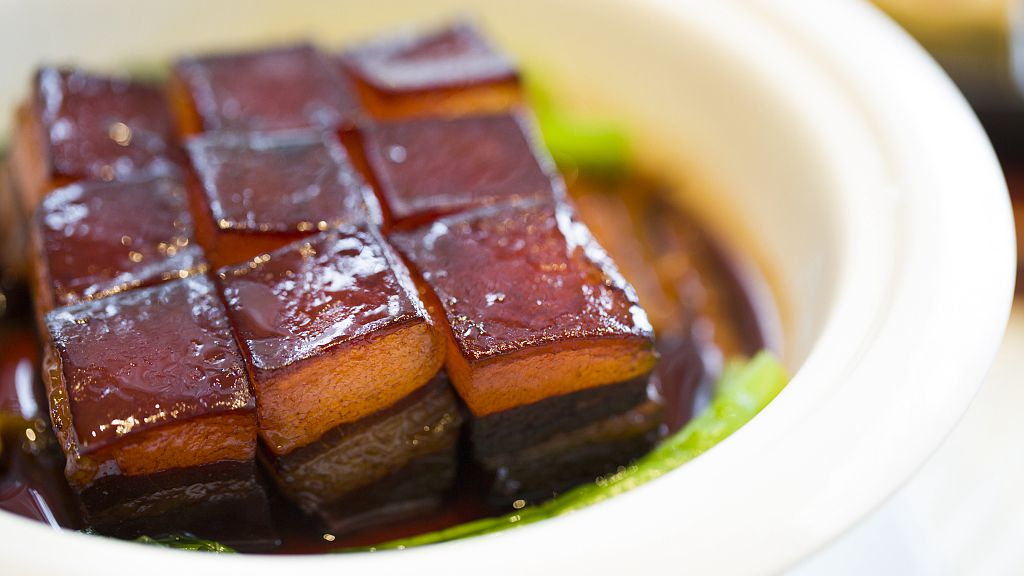 Step 1: Clean the pork belly with a knife to get rid of all hair. Boil it in water, with or without beer, depending on your taste. After it comes to a boil, keep it on the fire for another five minutes.

Step 2: Cut the piece into cubes of four to five centimeters. Lay chopped onions and ginger at the bottom of a ceramics pot, put the cubes in. Remember: the skin side of the cube should be facing down, right on the vegetables. Bring soy sauce, vinegar, sugar, and water to simmer. The water line should be slightly below the top of the meat cube. After the water is boiling, keep it on a one-line fire for an hour. Add salt when it's 30 minutes.

Step 3: Turn the cube upside down, simmer for another thirty minutes, and serve.