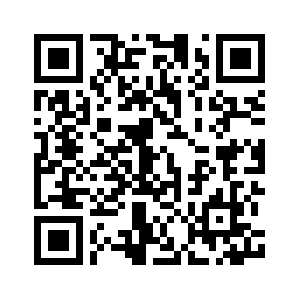 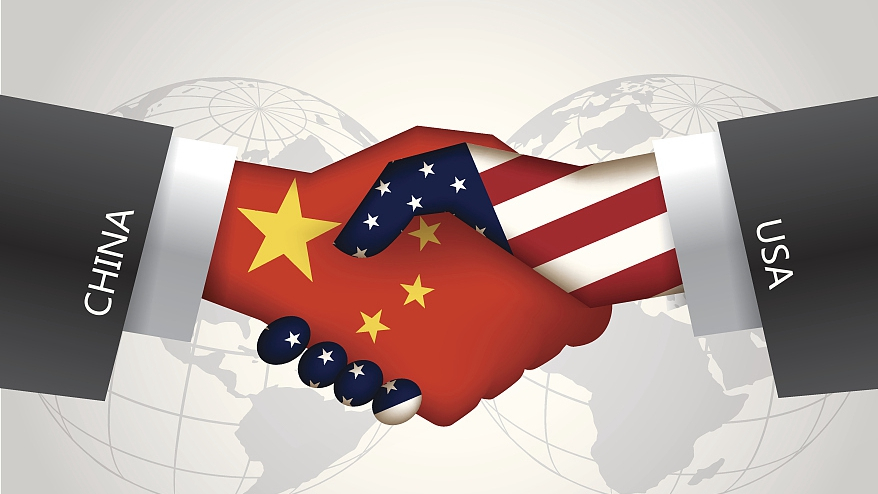 Editor's Note: Yuan Sha is an assistant research fellow at the Department for American Studies, China Institute of International Studies. The article reflects the author's opinion and not necessarily the views of CGTN.
After four consecutive days of intensive talks, top negotiators from China and the U.S. have made substantive progress in trade talks, which demonstrated the goodwill from both countries to managing dispute and averting escalations.
Substantive progress
With the March 1 deadline looming on the horizon, the much-anticipated seventh round of high-level trade negotiations between China and the U.S. have made tremendous headway.
The two sides have reaffirmed the consensus reached between the two presidents in Argentina to seek common ground on addressing outstanding issues in the bilateral trade relations. Both sides have come to realize it is rational to avoid a tit-for-tat trade war.
A tentative agreement on such specific issues as technology transfer, intellectual property protection, non-tariff barriers, services, agriculture and currency has been reached during the latest round of talks.
Enforcement is another top issue on the agenda. A good enforcement mechanism can ameliorate the security dilemma in cooperation, since it increases costs of breaches, builds norms and stabilizes expectations.
Eyeing a final trade deal, U.S. President Donald Trump announced the extensions of the March 1 deadline, which he described as “not a magical date,” temporarily halting ratcheting up tariffs on 200 billion U.S. dollars of Chinese goods from 10 percent to 25 percent. He also expected to finalize the trade agreement with his Chinese counterpart Xi Jinping in a face-to-face meeting next month. 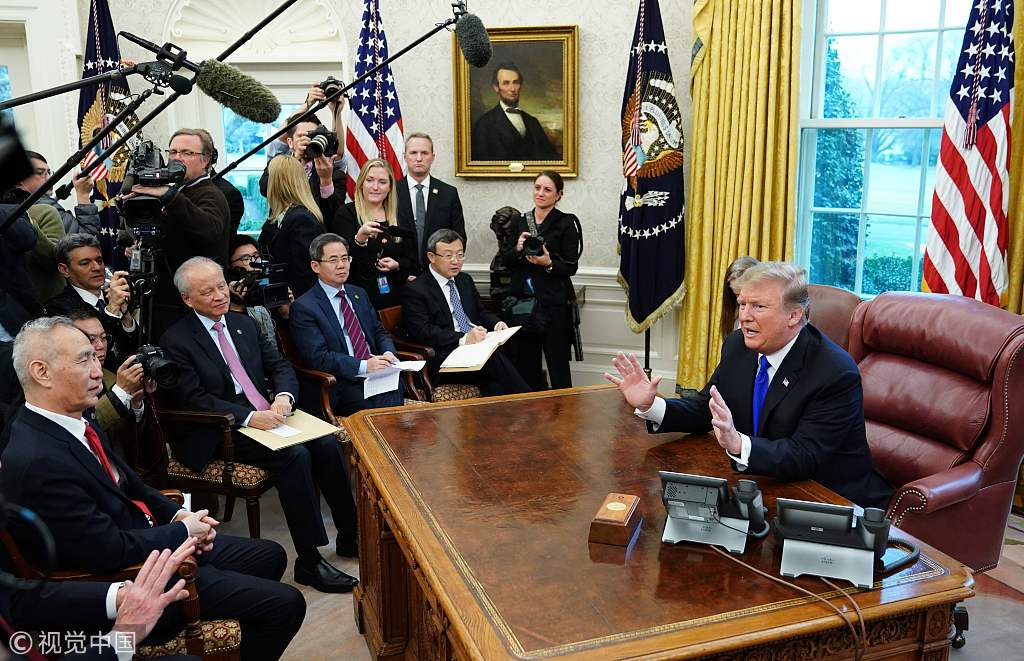 Cautious optimism
The encouraging moves struck an optimistic note for the bilateral trade relations, boosting confidence in global financial markets.
However, challenges remain. Such a tight schedule of negotiations reflects the urgency of both sides to reach a final deal, but also reveals great differences between the two. There are still sticky issues in the trade talks. Both sides have legitimate points of contention, which have to be addressed in a constructive manner.
As a self-proclaimed “tariff man,” Trump is unlikely to give up his leverage created by tariffs. Even though tariff might be an easy and direct way to exert pressure, it is an inefficient and ineffective way in long-term trade negotiations and would leave everyone worse off.
To complicate matters, there emerges a growing fissure between Trump and his chief trade negotiator Robert Lighthizer. Trump is also under rising domestic pressure to not give concessions to China.
Due to the big hurdles lying ahead, we might expect a new normal of trade frictions in the bilateral relations. If the U.S. goes on to unilaterally impose sweeping tariffs on Chinese goods, it would risk hurting both economies, curtailing global trade, and repeating the “Smoot-Hawley” tariff fiasco which is widely perceived to have exacerbated the Great Depression in the 1930s. 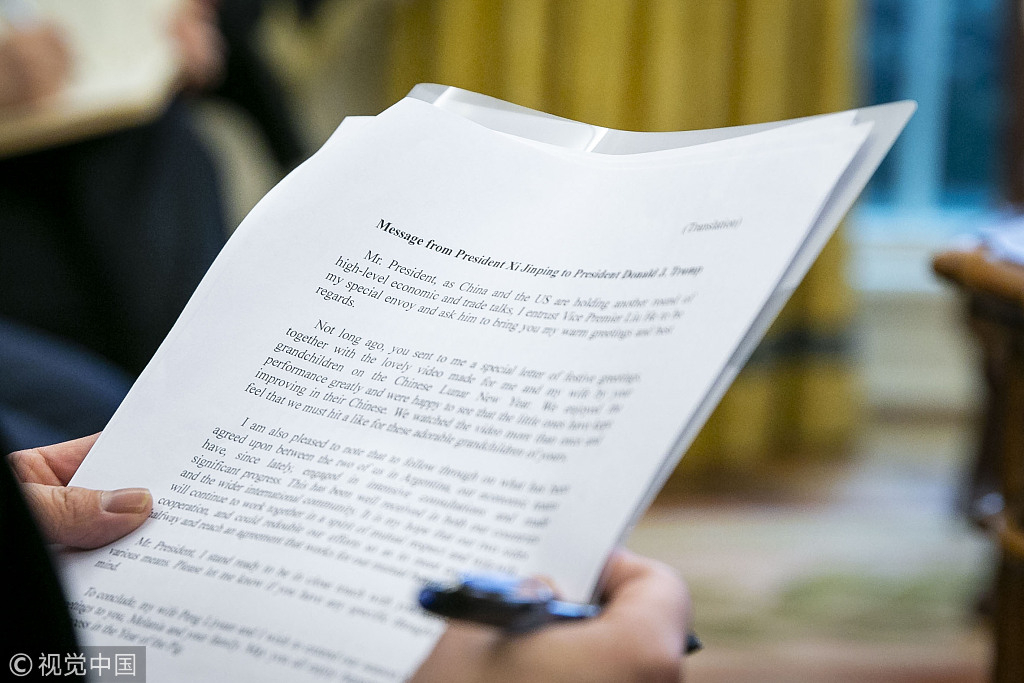 An aide reads a letter from Chinese President Xi Jinping during a trade meeting in the Oval Office of the White House in Washington, the U.S., February 22, 2019. /VCG Photo‍

An aide reads a letter from Chinese President Xi Jinping during a trade meeting in the Oval Office of the White House in Washington, the U.S., February 22, 2019. /VCG Photo‍

Principled cooperation
However, it would be futile for American negotiators to harbor the illusion of imposing a “Plaza Accord” on China, for China is practicing “principled cooperation” in the trade negotiation.
First of all, China values cooperation. China has made the solemn commitment to opening the market further to the outside world and has already accelerated reforms in financial services and reduced joint venture requirements for foreign companies in the auto sector. China is also determined to align the trade talks with its broader plan of opening-up and economic restructuring.
Second, China adheres to principles. Knowing that weakness begets invasion, China has set the bottom-line in the negotiation, stuck to it and made it known to the U.S. side. What's more, far from giving in out-rightly to U.S. demands, China is adhering to its well-proven path of economic development, avoiding throwing babies out with the bathwater.
Last but not least, China is making its own legitimate grievances against the United States. For example, the U.S. has initiated the Section 301 tariffs on China and put heightened restrictions on Chinese investment and American hi-tech export based on the so-called “national security” considerations. China is also making the case for a fair and effective enforcement mechanism which would not only monitor China's practices but also keep those of the U.S. in check.
Negotiation is not a one-time thing. It is wise for both sides to meet each other halfway and take incremental steps toward the final goal of rebalancing the bilateral trade relations.
(If you want to contribute and have specific expertise, contact us at opinions@cgtn.com.)