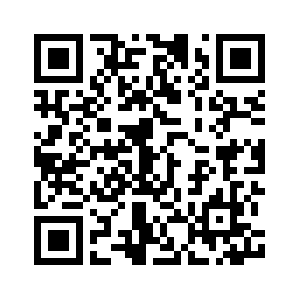 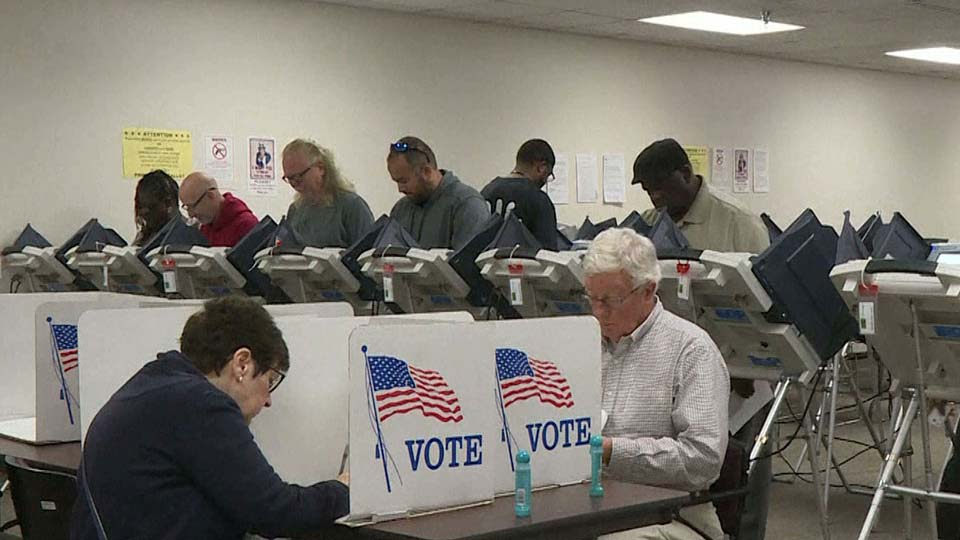 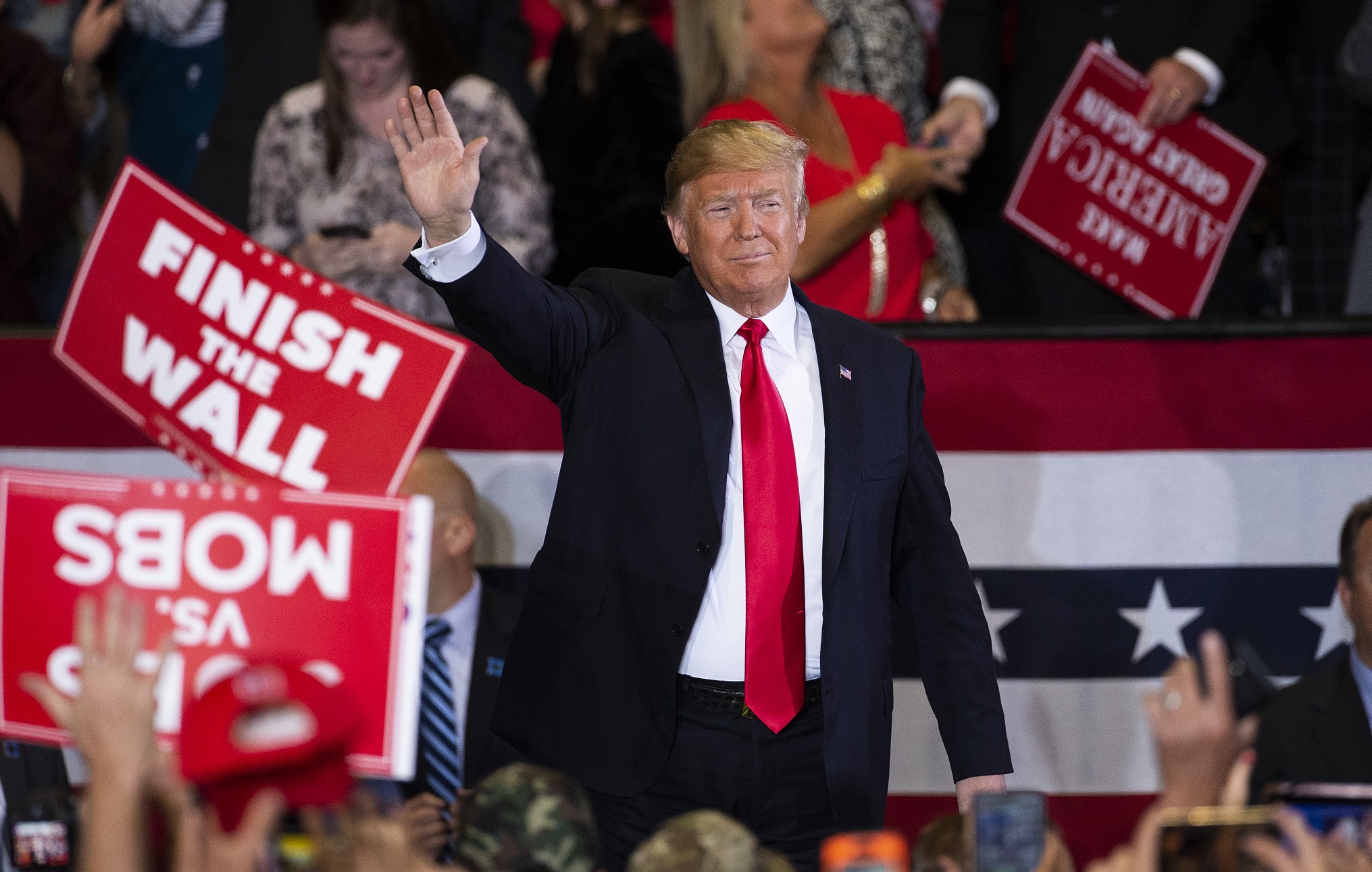 US President Donald Trump waves to supporters at a campaign rally at the Pensacola International Airport in Pensacola, Florida, November 3, 2018. /VCG Photo

US President Donald Trump waves to supporters at a campaign rally at the Pensacola International Airport in Pensacola, Florida, November 3, 2018. /VCG Photo

“I was around with Nixon and Reagan. They never disrespected us. They may not have liked us, to a certain degree, but they did not disrespect us as a race,” Graham-Harris said.
As a candidate, Trump made a few attempts at winning over black voters.
“What the hell do you have to lose? Give me a chance,” Trump said to African American voters in 2016.
But those overtures were too little, too late and Trump received just 8 percent of the African American vote.
As a president, Trump often brags about low black unemployment. But polling suggests most African Americans haven't seen a significant rise in wages, and don't credit Trump for the strong economy. 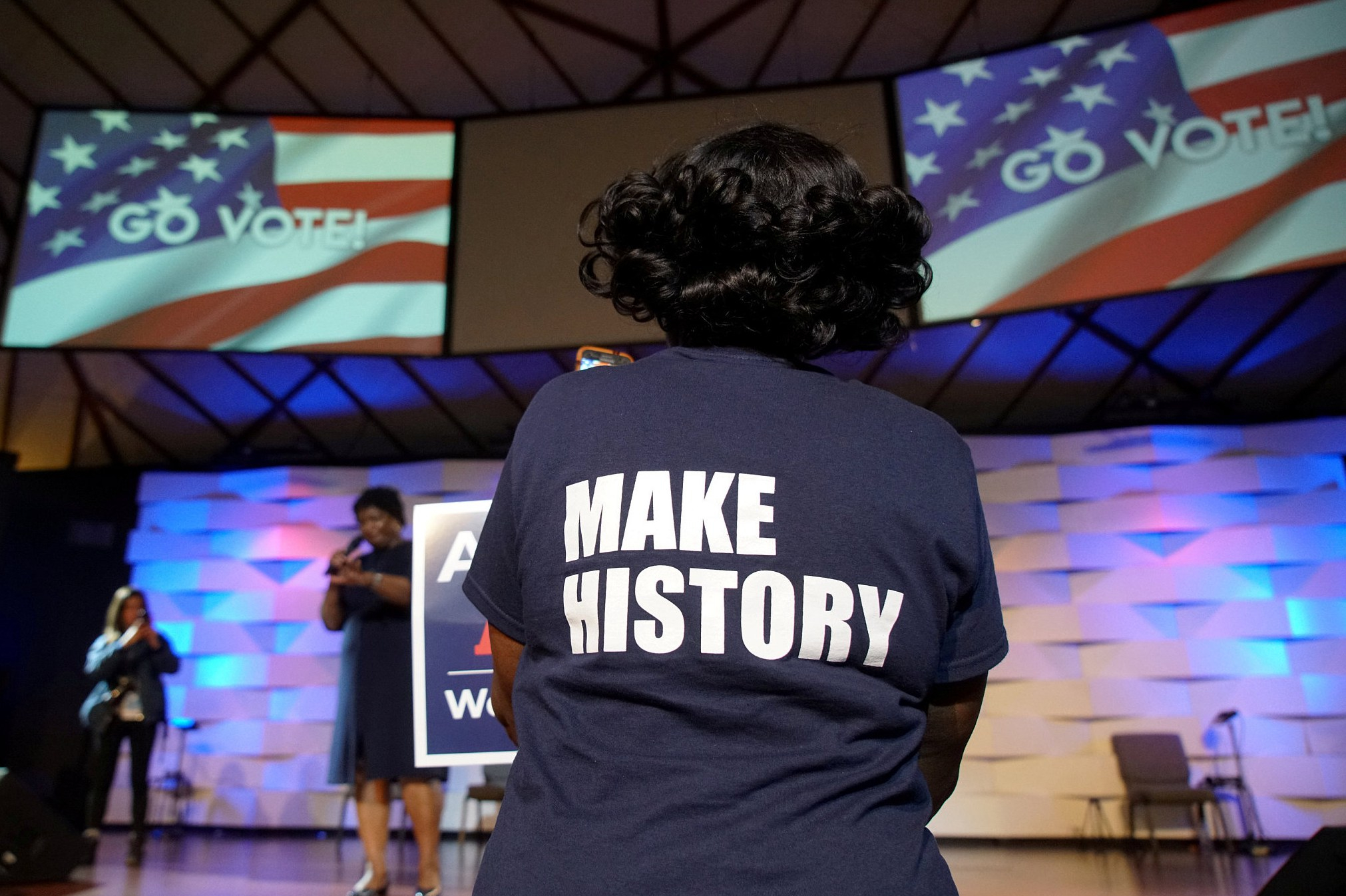 A supporter listens to the speech delivered by Stacey Abrams, Democratic gubernatorial candidate for Georgia, ahead of the midterm elections in Conyers, Georgia, US, October 26, 2018. /VCG Photo

A supporter listens to the speech delivered by Stacey Abrams, Democratic gubernatorial candidate for Georgia, ahead of the midterm elections in Conyers, Georgia, US, October 26, 2018. /VCG Photo

“African Americans are pretty clear that the current economy is largely the result of the efforts to rebuild the economy that we're done during the Obama administration,” Fernandez said.
Trump has welcomed the support of high-profile African Americans like rapper Kanye West, but research suggests West's support may not help Trump.
“We've actually polled this question in particular, whether or not African American voters, how they feel about Kanye West supporting Donald Trump. Kanye West actually has a negative impact on black voters with regard to their perceptions of Trump,” Fernandez said.
Many African American voters, like Dan Reed of Maryland, said none of Trump's efforts are likely to sway black voters.
“The kinds of things that he says, it is clear that he has such disdain for people of color. I can't understand why anybody would want to support him with the kind of things he's done and the kinds of things he said over the past two years,” Reed said.
But disdain for Trump alone may not be enough to drive high African American turnout. Fernandez said African American turnout will come down to whether candidates have been speaking to the issues black voters care about including tighter gun control measures, expanded health care coverage and a raise in the national minimum wage.