Opinion: A little data that shows the reality of the Chinese economy
By Chen Jiahe 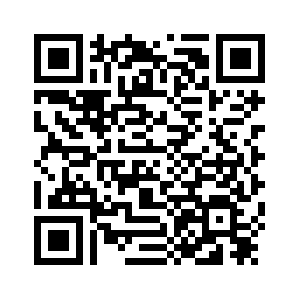 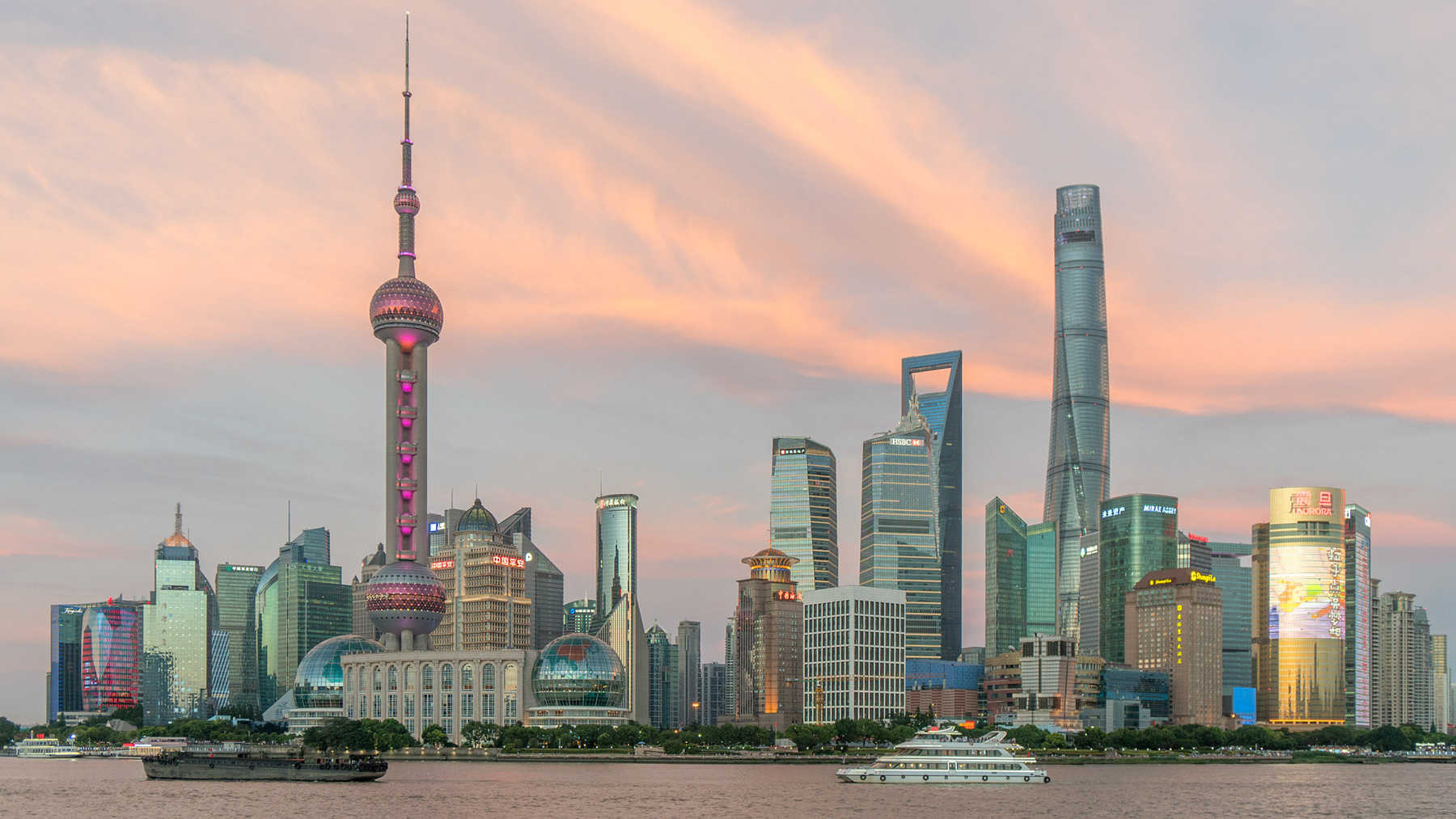 Editor’s note: Chen Jiahe is a chief strategist at Cinda Securities, Oxon. The article reflects the author's opinion, and not necessarily the views of CGTN.
As the trade dispute between China and the United States escalates, China’s economy now fills the headlines of global media. While the United States is blaming China for overusing its economic supremacy, the fact is that China is still nothing more than a developing country.
In 2017 China’s per capita GDP was 8,643 US dollars, only around one-seventh of the United States’ 59,501 US dollars, according to calculations by the International Monetary Fund. The large scale of China’s economy is mainly caused by its large population.
However, although China is still a developing country, the Chinese economy and society have done a remarkable job. Recently, I read a little set of data that really astonished me.
For a long time in human history, women fought death when giving birth to their children. The happiness enjoyed by most of today’s families when expecting their children in the final period of pregnancy was a luxury less than a century ago. 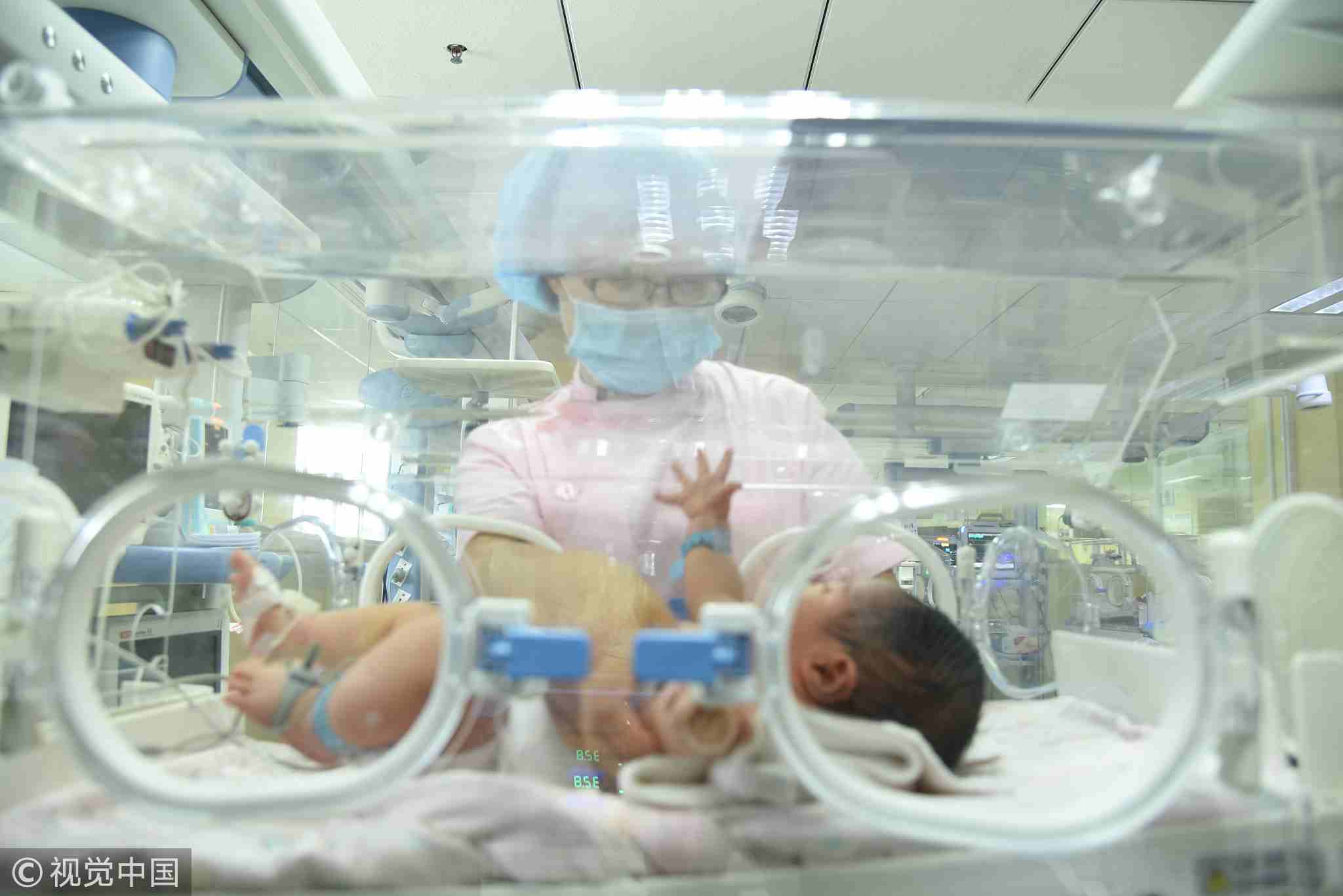 Just before 1949, China’s maternal mortality rate was around 1.5 percent. This means one out of around 70 mothers didn't survive the childbirth.
Statistically speaking, if a woman bore three children back then, which was a quite normal number at that time, she would have around a 4.5 percent chance of losing her life.
The World Health Organization (WHO) defines MMR as the annual number of women who die out of every 100,000 during childbirth.
In 2015, China's maternal mortality ratio (MMR) was 22.2, according to calculations by the Chinese government.
If we check the data from the Central Intelligence Agency (CIA), China’s MMR was estimated as 27 in 2015, not too far away from China’s own calculation.
How does this MMR level compare with the rest of the world?
According to CIA estimates, the MMR for the rest of the BRICS countries are as follows: 44 in Brazil, 25 in Russia, 174 in India and 138 in South Africa. 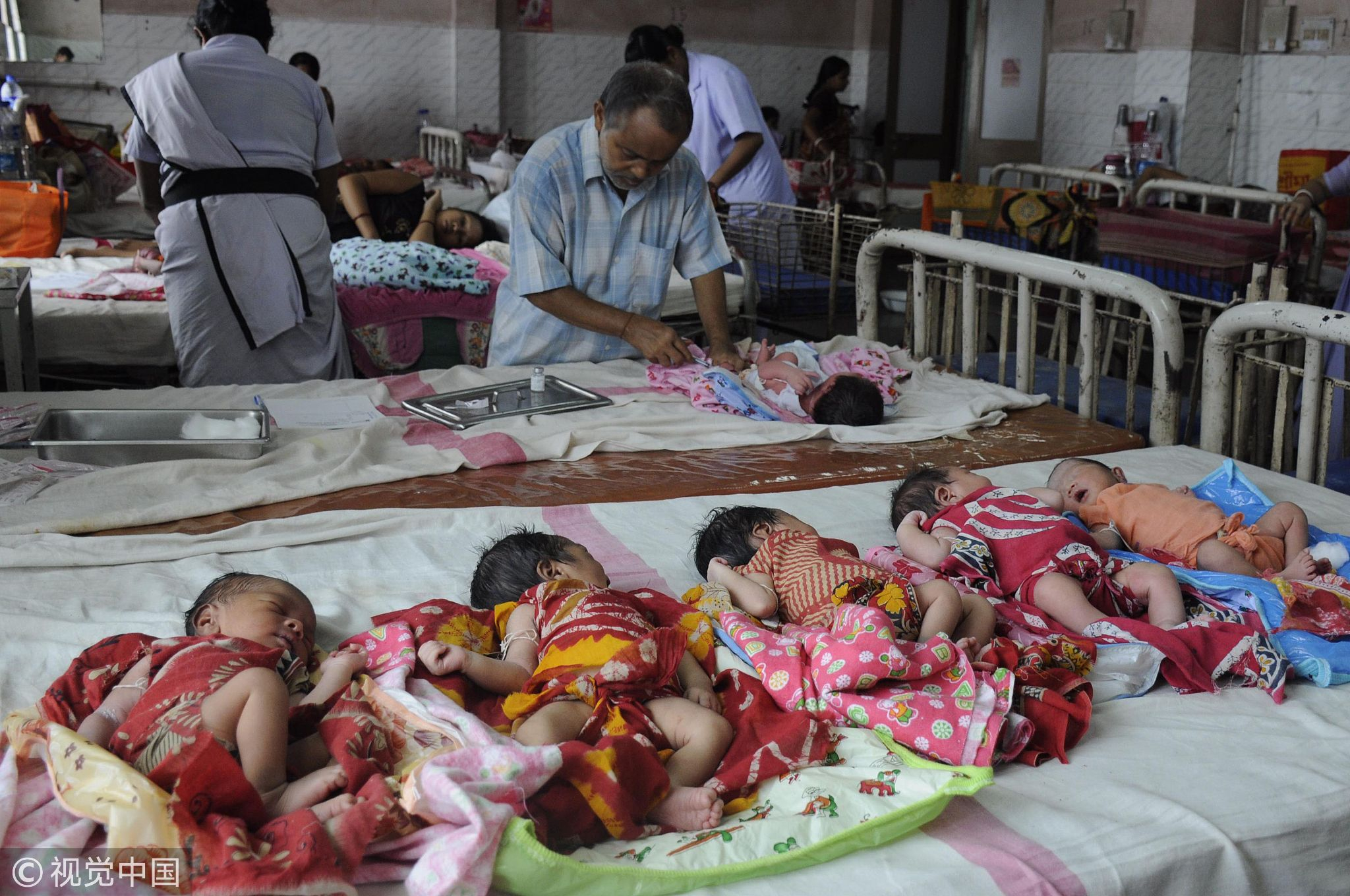 An Indian health official (C) immunizes newborn babies inside the maternity ward of a government hospital in Agartala, the capital of  the northeastern state of Tripura, on July 11, 2014. /VCG Photo

An Indian health official (C) immunizes newborn babies inside the maternity ward of a government hospital in Agartala, the capital of  the northeastern state of Tripura, on July 11, 2014. /VCG Photo

Outside of BRICS, other developing countries share similar data. In the same year, the MMR was 126 in Indonesia, 40 in Malaysia, 20 in Thailand, 114 in the Philippines and 52 in Argentina.
There is another subtle detail within China’s MMR. China is a large country with the world’s third largest territory and over 1.3 billion people. Unequal development exists everywhere in the country.
More importantly, the fact that China is classified as a developing country provides the possibility that less developed areas and more developed areas, such as Shanghai, might have similar developmental levels.
Keeping this level of developmental inequality in mind, China's MMR, which was between 22.2 and 27 in 2015, was the average for the entire country. However, Shanghai's MMR was only 5.5 in 2016, roughly 20 percent of the national level and even lower than most developed countries. 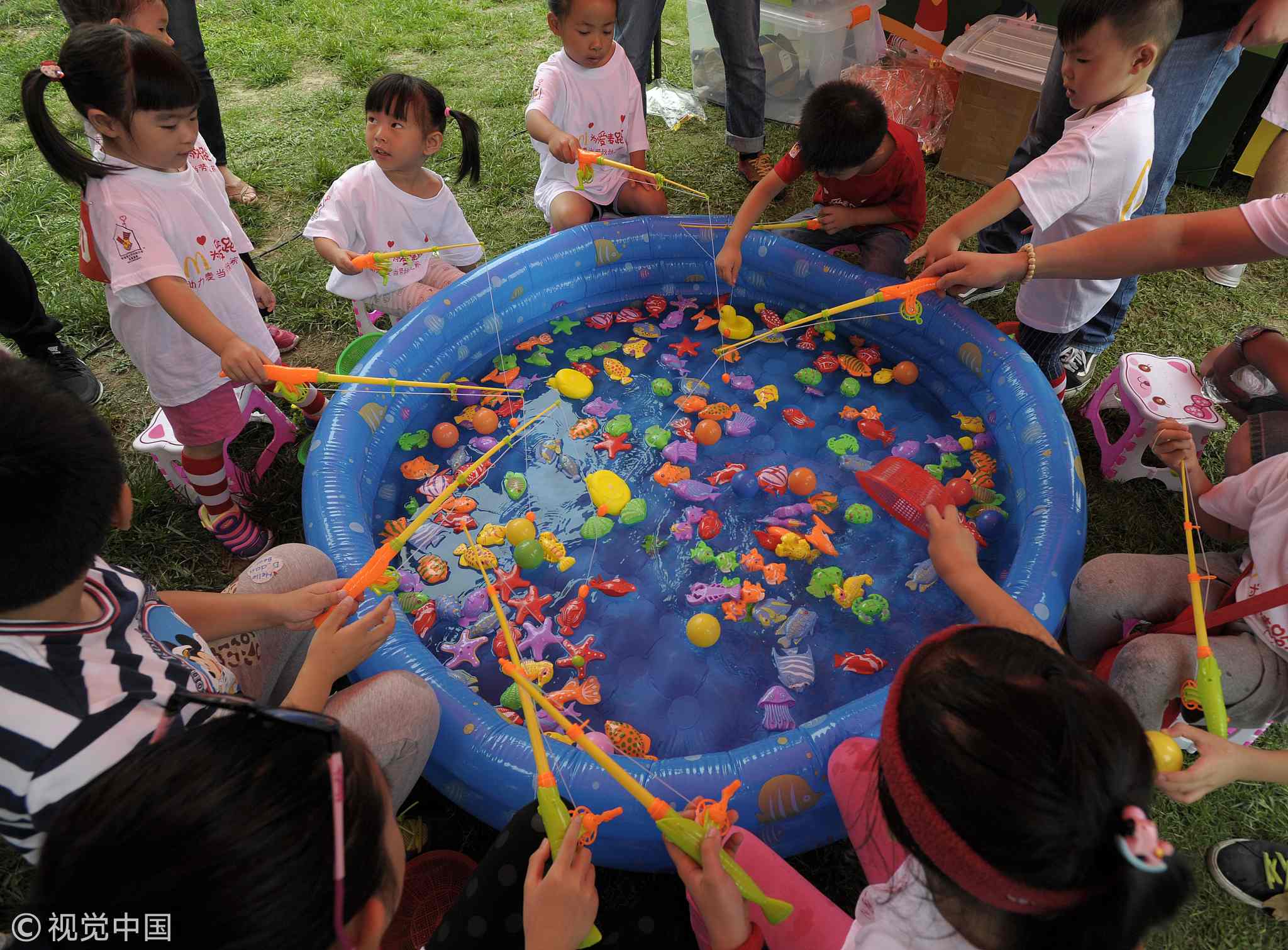 Chinese children play in a garden in Nanjing City on September 19, 2015. /VCG Photo

Chinese children play in a garden in Nanjing City on September 19, 2015. /VCG Photo

According to the CIA’s "The World Fact Book," in 2015, the same ratio was nine in the United Kingdom, 14 in the United States, eight in France, six in Germany, seven in Canada and six in Australia.
So you're probably wondering why I'm paying so much attention to sociological data when the rest of the world is talking about the trade dispute. Is there any relationship between the two?
Well, yes, and the relationship is important. This maternal mortality ratio shows that China has been using its economic development to improve its people’s lives. This is significantly different from what was done by the Soviet Union during the Cold War last century.
To reduce the number of maternal deaths, a society has to be prepared in many areas. It has to be able to provide clean and well-equipped hospitals, nutrition for patients, a social health care system, enough economic support from families, adequate and well-trained doctors and nurses, etc. None of these are related to the so-called "economic invasion" in the global market.
The adequacy of these factors shows that an economy is using what it has earned to improve the lives of its people. There is no reason to worry that such an economy could be a threat to the world. On the contrary, it is only when this world has many economies such as this, that people can enjoy better lives.