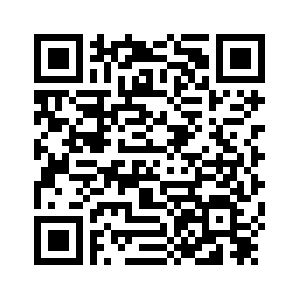 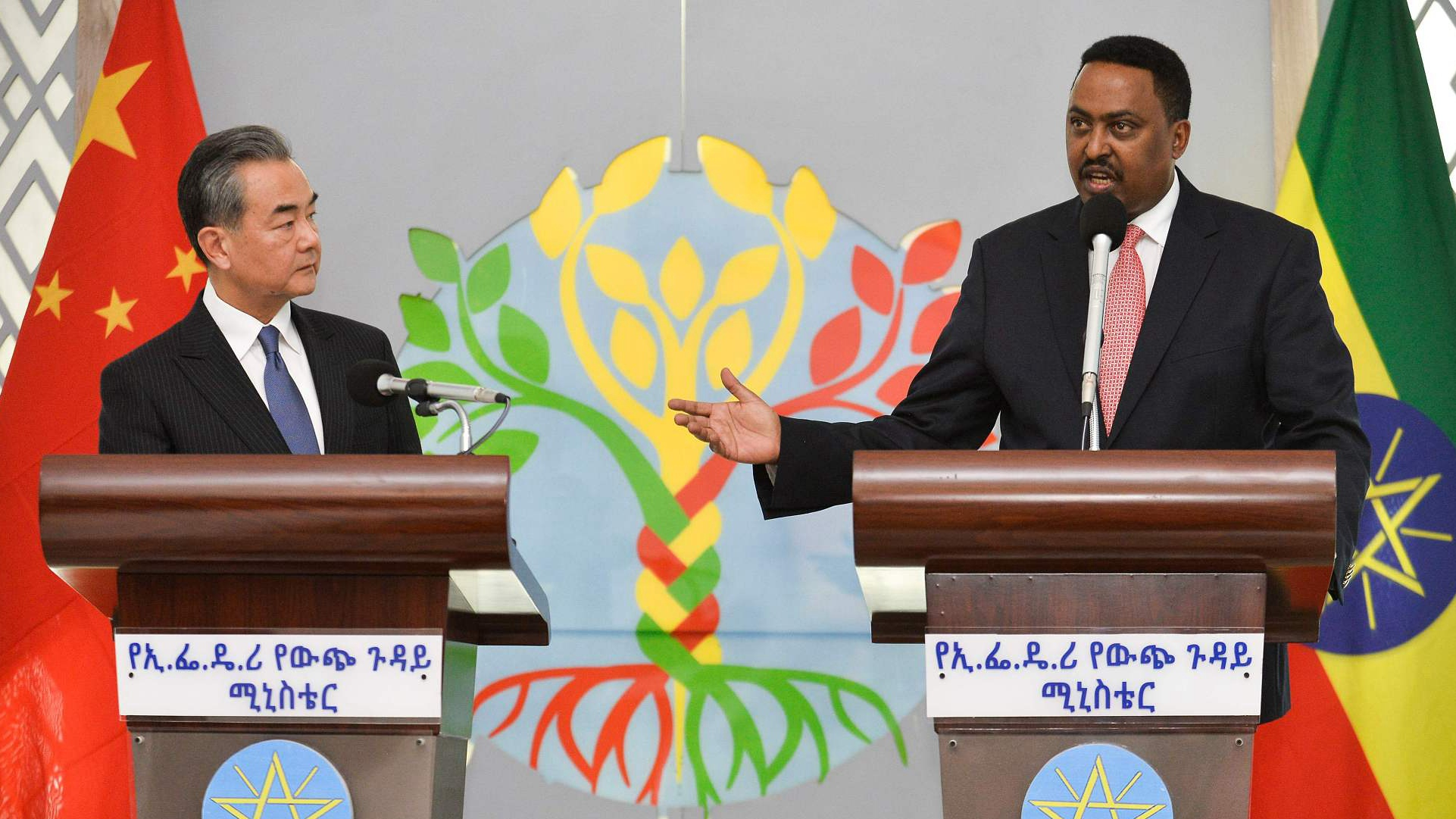 China will support Africa to achieve economic autonomy and sustainable development as a solution to the debt problem across the continent. The assistance and cooperation offered by China has no political strings, visiting Chinese State Councilor and Foreign Minister Wang Yi said at a joint press conference on Thursday.
Wang made the remarks following a meeting with his Ethiopian counterpart Workneh Gebeyehu in Addis Ababa, the capital of the East African country.
There remains the rumor that it is China's economic presence in Africa that leads to financial problems in Africa including increasing national debts.
Such rumors aiming to discredit China's sincere support have been refuted by Chinese foreign minister as well as many African countries. China is dedicated to helping Africa achieve sustainable development and bring benefits to the African people, not to stack up debts.
Wang reiterated that China sincerely upholds openness and transparency and strictly follows local laws and market rules of different countries.‍
It never allows and will never tolerate any black-box operations and corrupt practices, Wang stressed.
He reaffirmed that the China-Africa cooperation will not be distracted by these rumors.
China and Africa are close friends and good brothers with shared success and woes, and China is willing to lend a helping hand to the African people to help them through difficult times, Wang said. 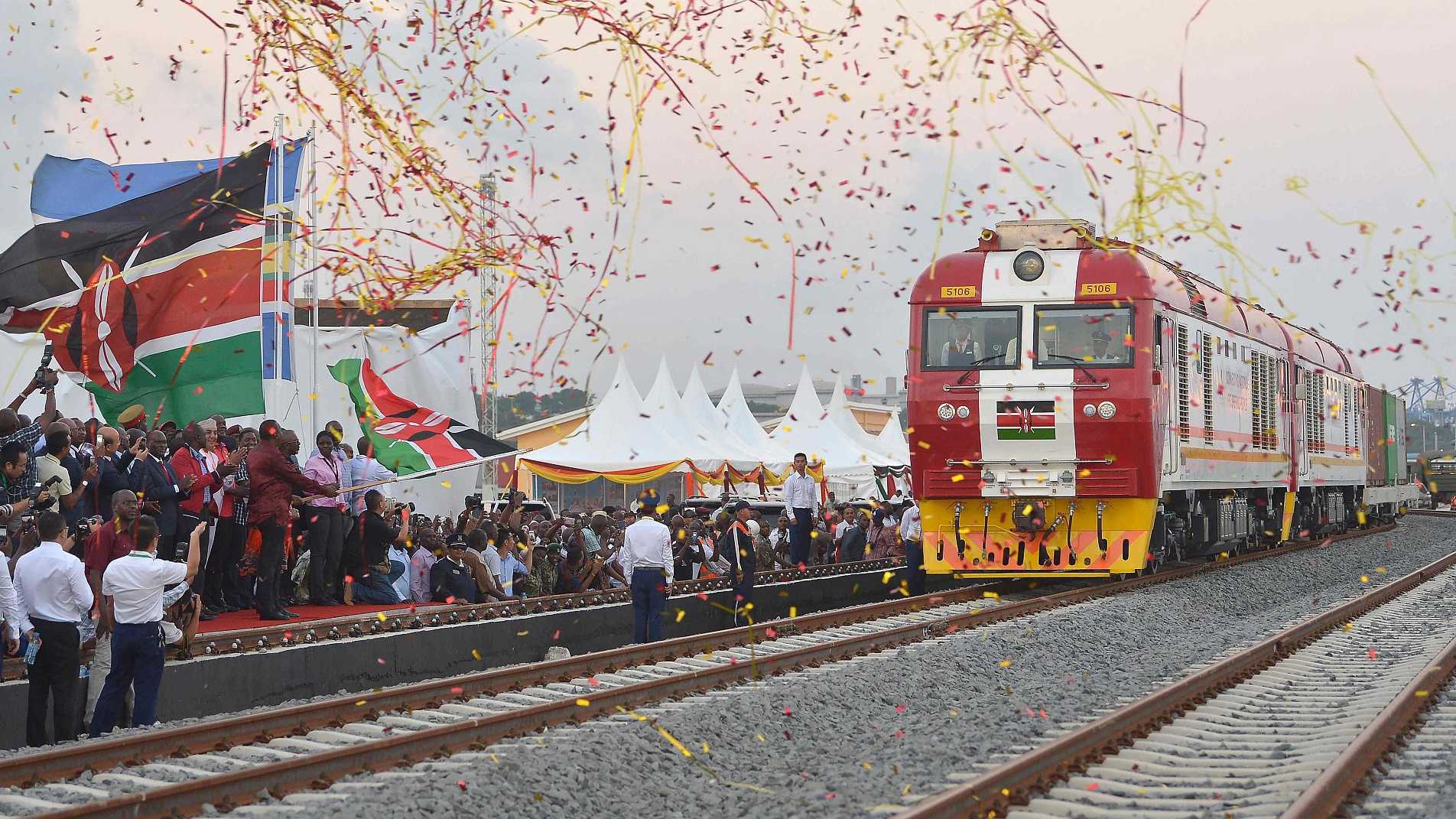 Kenyan President Uhuru Kenyatta flags off a Chinese-built cargo train for its inaugural journey to Nairobi, at the port of the coastal town of Mombasa on May 30, 2017. /VCG Photo

Kenyan President Uhuru Kenyatta flags off a Chinese-built cargo train for its inaugural journey to Nairobi, at the port of the coastal town of Mombasa on May 30, 2017. /VCG Photo

According to him, during the past few decades, China has helped Africa build more than 10,000 km of highways, more than 6,000 km of railways and hundreds of airports, ports and power stations.
Besides, a considerable amount of hospitals, schools and other projects concerning people's livelihood have been built across many African countries with financial assistance from China, Wang said.
He added that China has sent more than 20,000 medical workers to Africa who have treated over 200 million local patients.
China has also invested heavily in manpower and material resources to help Africa train thousands of professional and technical personnel in various fields, Wang said.
Noting China's irreplaceable role in improving the welfare of the African people, Wang stressed that China's cooperation has been widely appreciated and welcomed by African countries.

China has taken on a continuous endeavor to help the African continent as a comprehensive strategic partner, Wang said.
China will step up efforts to implement the results of the Beijing Summit of the Forum on China-Africa Cooperation (FOCAC) and push forward the "eight major initiatives" that fits the urgent needs of African countries so as to further elevate the vitality of Africa's economy. 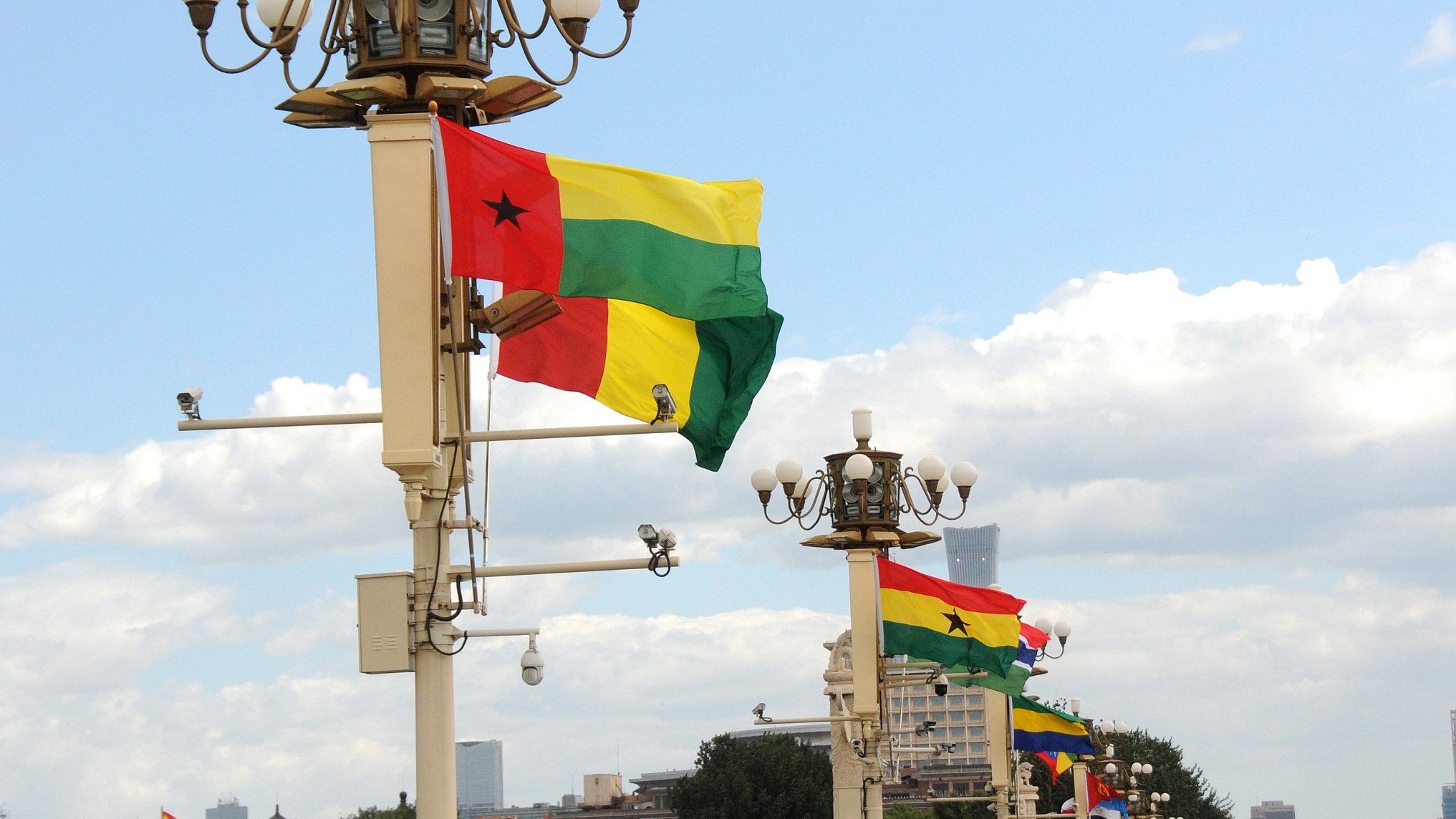 National flags of attending African countries during the Beijing Summit of the Forum on China-Africa Cooperation at Tiananmen Square, Beijing, on September 3, 2018. /VCG Photo

National flags of attending African countries during the Beijing Summit of the Forum on China-Africa Cooperation at Tiananmen Square, Beijing, on September 3, 2018. /VCG Photo

Wang reiterated that China-Africa cooperation has always been a model not only for South-South cooperation but also for international cooperation with Africa.
He called on the international community to increase its attention and step up investment in Africa, urging all parties to work together to help the African continent, especially the developed ones.
(Cover: Chinese State Councilor and Foreign Minister Wang Yi (L) and Ethiopia's Foreign Minister Workneh Gebeyehu (R) speak during a joint press conference in Addis Ababa, on January 3, 2019. /VCG Photo)
Source(s): Xinhua News Agency