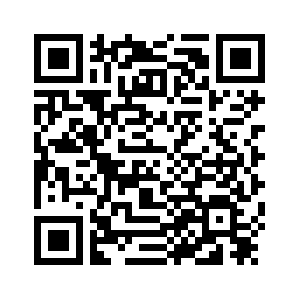 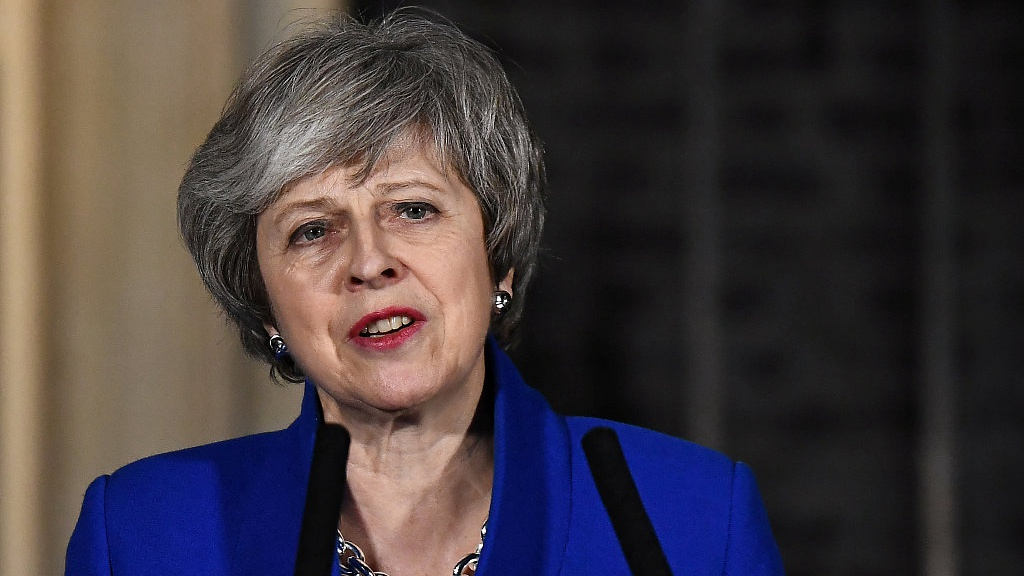 Editor's Note: Zhang Bei is an assistant research fellow from the European Studies Department, China Institute of International Studies. The article reflects the author's opinion, and not necessarily the views of CGTN.
UK Prime Minister Theresa May won the no-confidence vote on Wednesday by a margin of 19 after a comical defeat in which the House of Commons overwhelmingly rejected her Brexit deal.
The PMs who rejected the deal will probably be recorded in British Parliamentary history as it is the biggest defeat a UK PM has ever suffered in modern democratic times.
However, the outcome was not surprising even before the vote. As about 100 Conservative MPs expressed their objections or concerns about the deal, taking into account the fact that the Northern Ireland Democratic Unionist Party (DUP), the Labour Party, the Liberal Dems and the Scottish National Party all oppose the deal for different reasons, the deal was doomed long ago.
MPs who voted against the deal have given different reasons. The fundamental problem lies in the fact that the deal is a result of compromise, therefore pleasing neither a hard-Brexiteer nor the soft-Brexiteer, in a time when the divide between the two is as wide as ever. 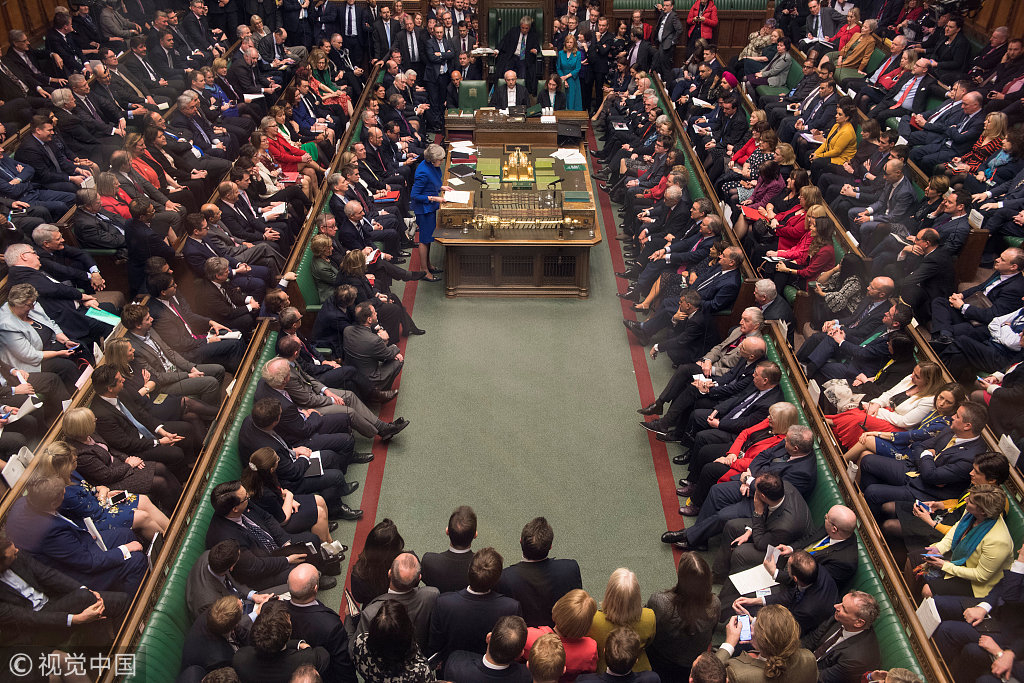 The DUP, which provides support to the Conservative minority government, believes the Northern Ireland backstop undermines its position in the Union while some Conservative MPs believe the backstop is a huge trap that will bind Britain to the EU indefinitely. The Labour, Lib-Dems and SNPs, who categorically reject Theresa May's Brexit policy, naturally rejected the deal.
The calculations behind these Brexit factions also differ from one to another. The “Ultra-Brexiteers” hope that the rejected deal and the increased risk of “no deal” will pressure the EU into making more concessions toward a better deal. The Labour Party is bent on triggering a general election with the no-confidence vote. Meanwhile, the Lib-Dems and SNP believe rejecting the deal is a right step towards a second referendum.
However, the fundamental reason is that nobody can agree on anything regarding Brexit. First, look at the Conservative Party. Some members want a “clean break” even at the cost of “no deal,” while some edge towards a second referendum and some are proposing a “Norway Plus.” The red lines set by its own leader concerning Brexit are clearly not binding at all.
The Labour talks about a custom union but remains vague on the single market. Despite the fact that grass-root Labour have been pushing for a second referendum for some time, it is not yet a Party policy. Lib-Dems and SNPs are now bent on a second referendum in hopes of softening or even reversing Brexit. The Brexit picture is so fractured that no plan can satisfy a simple majority. 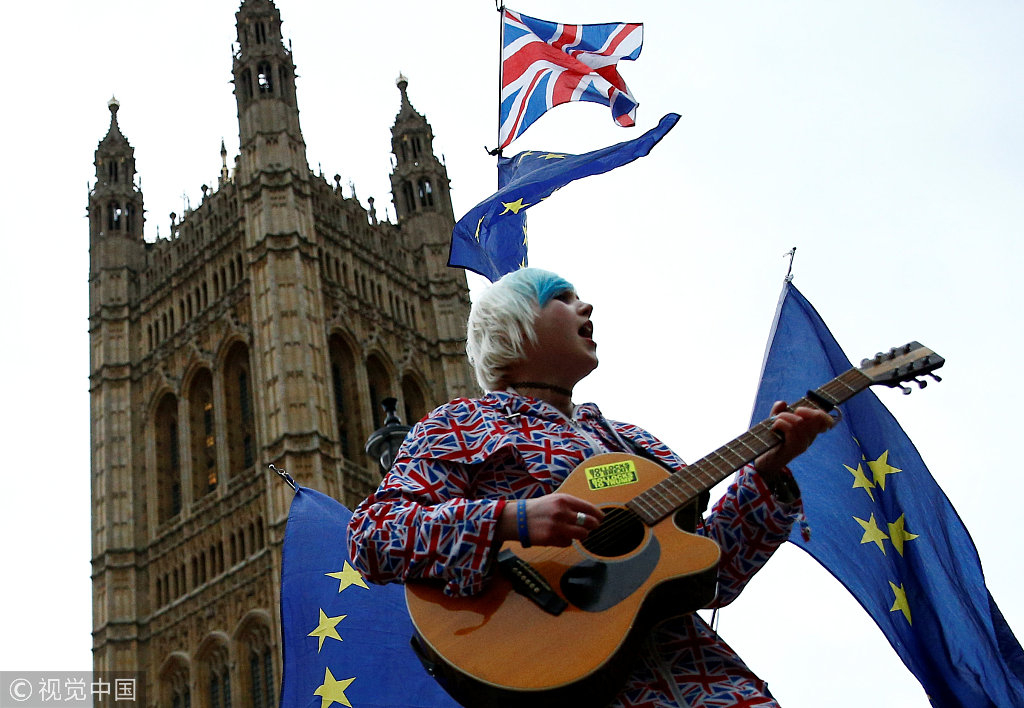 An anti-Brexit protester performs outside the Houses of Parliament after May's Brexit deal was rejected in London, Britain, January 16, 2019. /VCG Photo

An anti-Brexit protester performs outside the Houses of Parliament after May's Brexit deal was rejected in London, Britain, January 16, 2019. /VCG Photo

The vote of no-confidence in May's government has already been defeated. With the same government and the same Prime Minister, how will the Brexit pathway be changed by the rejected deal?
The Parliament will have more say on Brexit. The amendment from Dominic Grieve requires the government to report to the Parliament May's action plan within three working days, and the Parliament will have opportunities to shape Brexit by making amendments. The Prime Minister also promised to reach out to MPs across the House to set a plan.
However, considering the fact that there is no consensus, except for on preventing a “no-deal” scenario, among MPs on what kind of Brexit they want, a Brexit driven more by the Parliament is no guarantee it will fare better than the one driven by the May government. 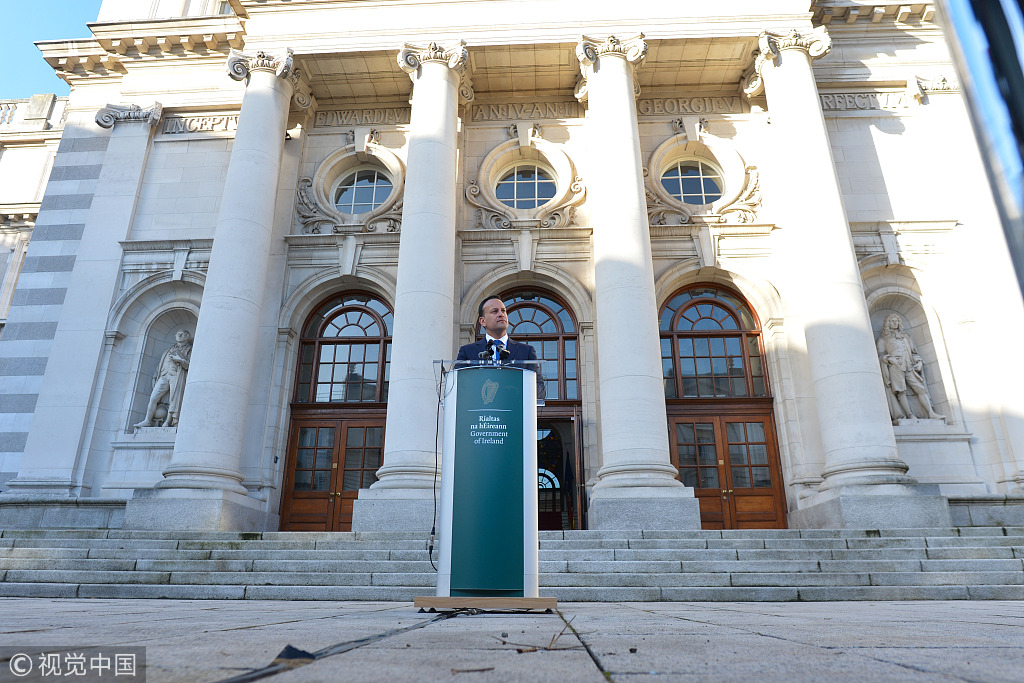 Irish Prime Minister Taoiseach Leo Varadkar speaks to the media outside the Government Buildings in Dublin, after May lost a vote on her Brexit deal, January 16, 2019. /VCG Photo

Irish Prime Minister Taoiseach Leo Varadkar speaks to the media outside the Government Buildings in Dublin, after May lost a vote on her Brexit deal, January 16, 2019. /VCG Photo

The “no-deal Brexit” risk is rising, but can be averted, at least postponed temporarily, by extending Article 50 of the Lisbon Treaty. As March 29 is approaching, the danger of a cliff-edge is real. However, a “no-deal” policy is political suicide for the May government and has enough rejecters in the Parliament. The UK can – and the EU will most likely concur – buy itself more time by extending Article 50.
However, fundamental devils of Brexit have been left unscathed by rejecting May's deal. The first among them is an unrealistic expectation for Brexit and Brexit negotiations. People who have the same red lines as Prime Minister May think they can get a “better” deal from the EU. In fact, they can't.
Secondly, the content of Brexit has still not been defined and accepted by a majority. Rejecting Prime Minister May's deal provides no solutions to these two.
(If you want to contribute and have specific expertise, please contact us at opinions@cgtn.com.)